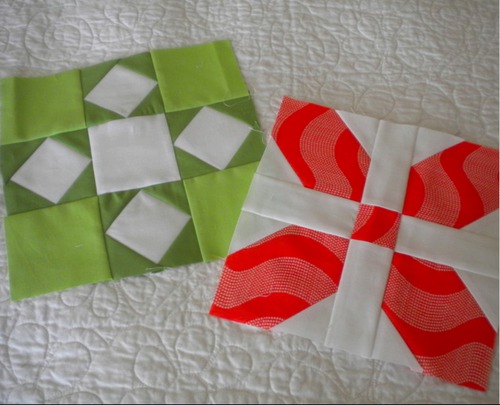 According to the Modern Quilt Guild, “Modern quilts are primarily functional and inspired by modern design. Modern quilters work in different styles and define modern quilting in many ways, but several characteristics often appear which help identify a modern quilt. These include: the use of bold colors and prints, high contrast and graphic areas of solid color, improvisational piecing, minimalism, expansive negative space, and alternate grid work. ‘Modern traditionalism’ or the updating of classic quilt designs is also often seen in modern quilting.”

This definition provides for many different types of blocks to be classified as modern. A good place to start when looking for inspiration to make a quilt using modern quilt blocks is any recently published compilation of modern blocks. For example: Modern Blocks: 99 Quilt Blocks from Your Favorite Designers, Tula Pink’s City Sampler: 100 Modern Quilt Blocks, and Block Party: The Modern Quilting Bee. By browsing these mini encyclopedias of blocks today’s quilter can get a good idea of the recent trends in modern quilting. 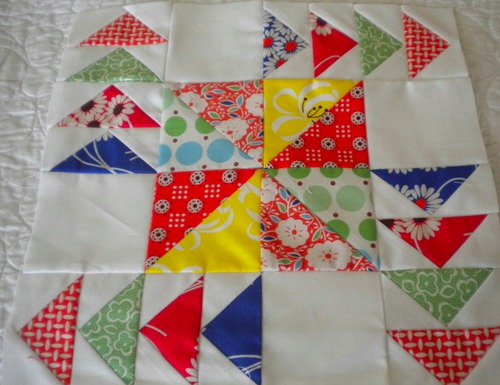 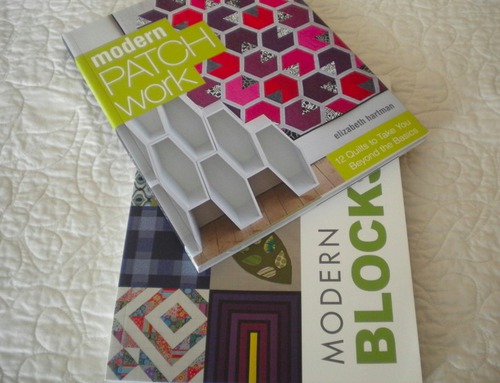 String blocks are blocks made of strips of varying sizes. String blocks are generally trimmed to either square or rectangular shapes and then set together. Strings blocks may also be cut into triangles, circles, and hexagons for added variety.

Modern quilt blocks often have expansive areas of solid backgrounds, which can be any color from traditional white to a more contemporary gray. A comprehensive online library of modern quilt blocks along with links to tutorials for each block can be found at the Gen X Quilters blog.