Okay, that’s not much of a confession; a lot of knitters and crocheters hate weaving in ends. I like to think I’ve elevated my annoyance with this part of my crafts to an art form though: I will do almost anything to get out of having tails to weave in at the end of my project. Fortunately, I’ve come up with a few tricks and short cuts to use that usually results in only one tail to weave in at the end of the project. (I’ve yet to come up a way to eliminate the cast off tail, but if I think of something, I’ll let you know.)

Here are three simple techniques for weaving in your ends with ease!

Method 1: Use an interlocking loop join.

To join the same color

Your end should be about the length of eight stitches in the gauge you’re working (you can eyeball it, which is what I usually do, or tink back eight stitches to properly measure.) Make a C shape with the yarn end, then take the new yarn and stick it through the loop. You should end up with something like this: 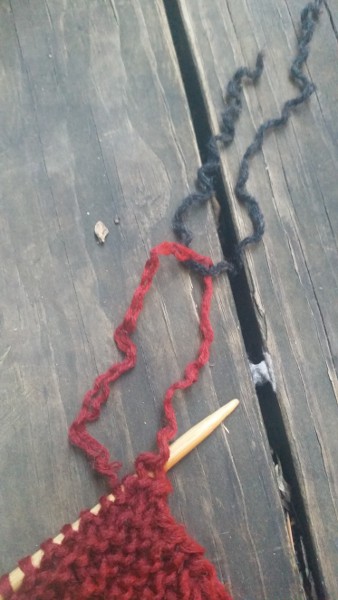 Pinch the open side of the C in the old yarn and work both strands together (it should be about four stitches, but if you’re adding a new ball of the same yarn, the exact number of stitches doesn’t matter much. When you get to the interlocked section, keep working, holding both strands of the new ball and work them together.

If your yarn is particularly slippery, you can also overlap the old yarn on itself, work until you have just enough loop to poke the new yarn through, and then add the new yarn. This way you don’t have to worry about the new yarn slipping out of the loop. I’ve never had ends work themselves out using this method, even on socks that were washed in the machine, but if you’re worried, you can always make larger loops so the ends are worked into more stitches. Because the ends have to travel in a wave pattern through the stitches, they should stay where they are. You can also leave a little bit of tail poking out at the wrong side of the work, which will also discourage ends from wiggling their way out.

To join a new color

If you’re changing colors and need the changeover to occur at a specific point (at the end of a row, for example), you just have to be a bit more specific about the length of your loop. Knit or crochet to the point where the color change should occur, tie a slip knot in the yarn, and tink back about four stitches. Fold your yarn so the slipknot is in the middle of the loop, and then pull it out (making sure to pinch the spot where the knot was, marking the middle of the loop). Continue as above, holding both strands of the old yarn together and then both yarns of the new together.

Method 2: Knit in the cast on tail.

Another method I use is to weave in all potential tails as I go, including the free end from the cast on. If you’re working flat, cast on, just haul up your tail and knit it in along the working yarn in the first row. If your working circularly, you can do the same thing. If you’re worried about the little gap that can form at the join, work a full round, then pull the end through to the other side of the gap like below, and work it in as usual. 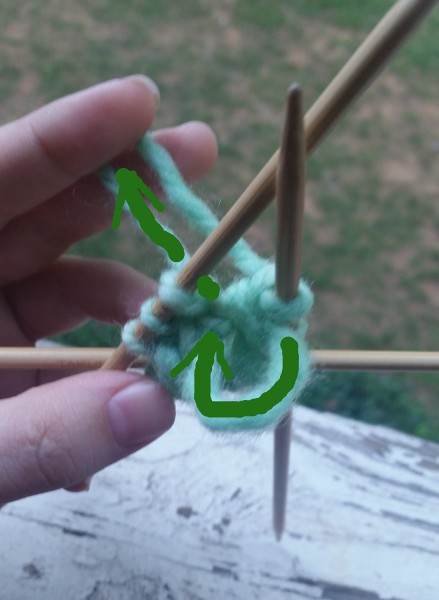 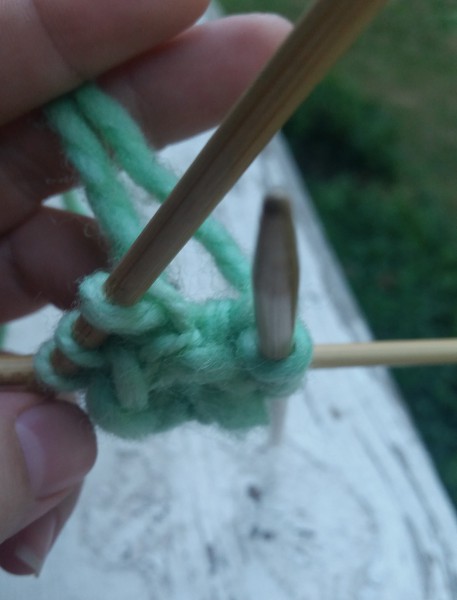 If you’re working circularly using the Magic Loop method, this technique has another bonus: As long as you don’t work in the end for more than half the the total stitches, the end of the tail that hangs down will tell you which side is the “front” and thus where the beginning of your round is, eliminating the need for a marker.

Method #3: Crochet over the tails.

Crochet can get a little bulky if you hold two strands together, so I just lay the end flat against the work and hook around it, like so: 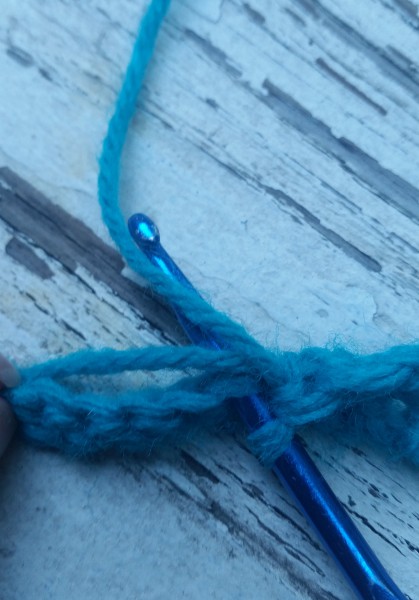 Because the tail is laid flat inside the stitches, it does have a higher chance of slipping out. To combat this, just work it in over multiple rows. Crochet over the tail for a couple of stitches, and then drop it and finish the row or round. When you come back to it, pull it up to the current row and continue, either in the other direction (for rows) or in a stair-step pattern (for rounds). You can use this method instead of the above interlocking loop join for a flatter, less obvious join for crochet. Just join your yarn as usual, then pull them up and crochet over them. Since the tails will be hidden under the stitches, it works for joining a new color as well.

Using these methods, you too can eliminate all but the most necessary of ends to weave in. Sure, weaving in the tails only take a few minutes, but it’s a few minutes I could be spending casting on the next project.