The hot sun blazes low in the sky on a dusty, bustling market street. A tinge of hunger hits in the early evening. It’s been hours since the main mid-afternoon meal and you need a little something to hold you over until the next meal. The solution? Antojitos! Also known as Mexican street food. 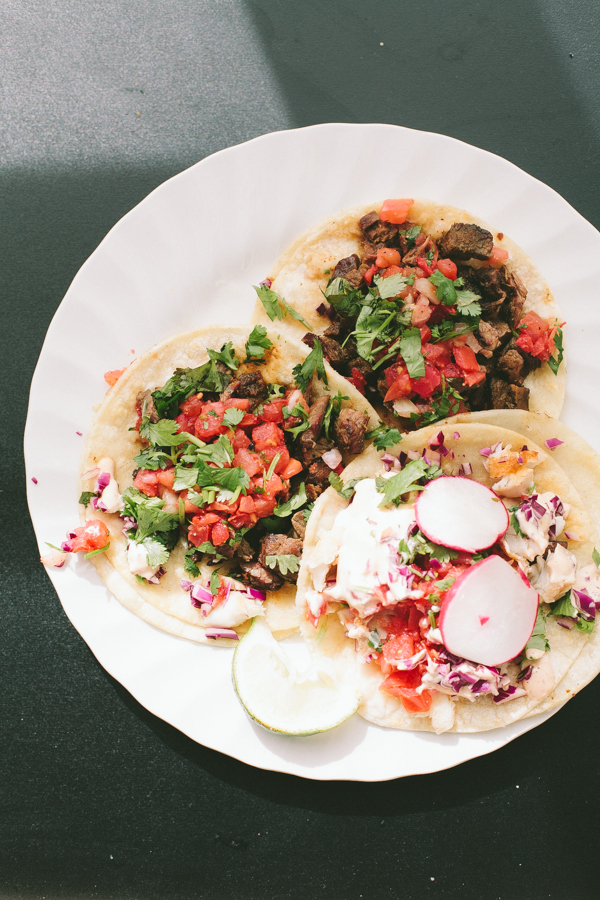 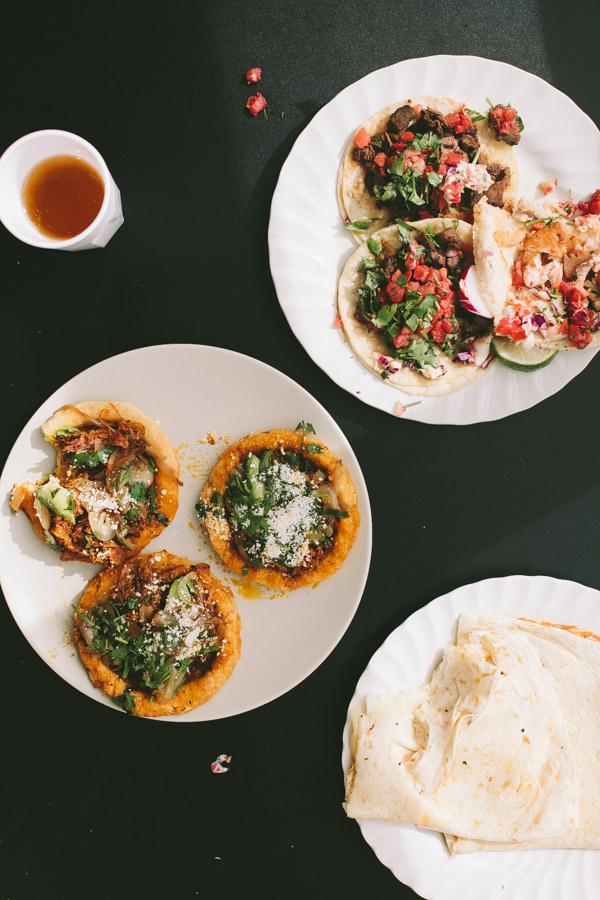 Antojitos, or little cravings, is the traditional method for filling the hunger in between meals. It’s the sort of food that’s not served at the main meals. Most Antojitos are based around corn — in its many forms. Things like tacos, chalupas, gorditas, tamales, tortas, quesadillas, elote, and empalme are served in little stands that line busy streets in marketplaces or areas near public transportation stops.

Mexico is known for its vibrant street food scene in fact, Forbes magazine recognized Mexico City as one of the best cities in the world for eating on the street. Reportedly 58% say they eat on the street at least once a week. The best time to grab a quick bite is in the early morning, evening or late into the night.

Let’s talk about the most important part: the food. Here’s the spicy story behind Mexican street food

Gorditas, or “little fat ones” are thick corn (masa) dough patties that are deep fried or pan fried then split and stuffed with a variety of toppings. Sometimes they aren’t stuffed but rather topped with various things like cilantro, cotija cheese, avocado and braised pork. 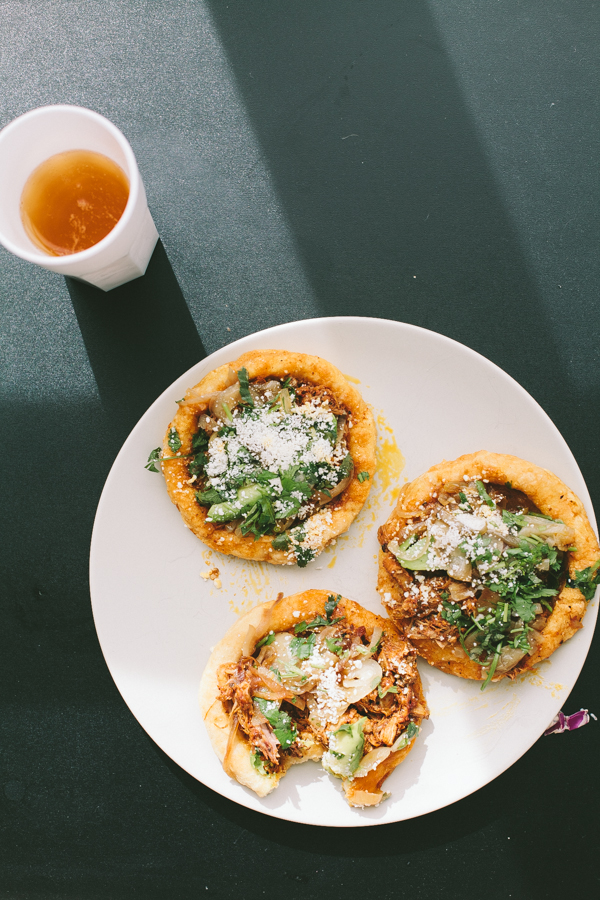 Tamales are similar to gorditas in that they are a corn (masa) dough that is stuffed with meat, cheese, beans, etc. But the difference is that rather than being fried, tamales are wrapped in large leaves and then steamed or boiled.

A torta is a Mexican sandwich served on a crusty white roll. Once the sandwich has been filled with meat, avocado, cheese, chilies, etc., it is pressed onto a hot grill, similar to a cuban sandwich. 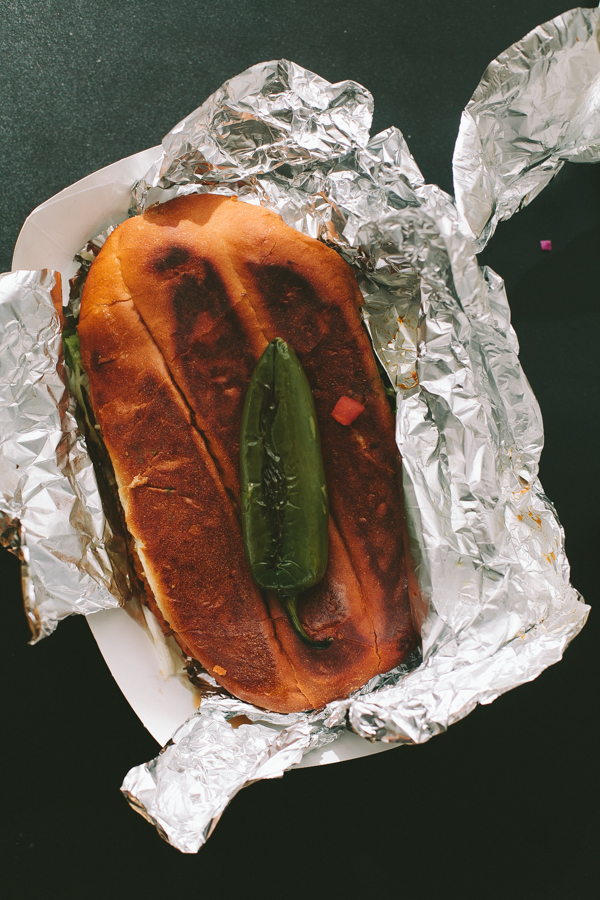 Tacos aren’t new to us but are you aware of all its many varieties? Actually, my husband’s grandfather who is Mexican, has been encouraging me for years to write a book entitled “101 Tacos.” He then proceeds to give me a run down on ideas for the recipes that I could include in the book. I don’t think 101 would cover it.

Corn or flour tortillas are topped with beef, pork, chicken, tongue, grilled vegetables, fish, shrimp (you see where this is going), etc. The tacos are then topped with cilantro, diced onion, radish, chilies, avocado, salsa and lime. 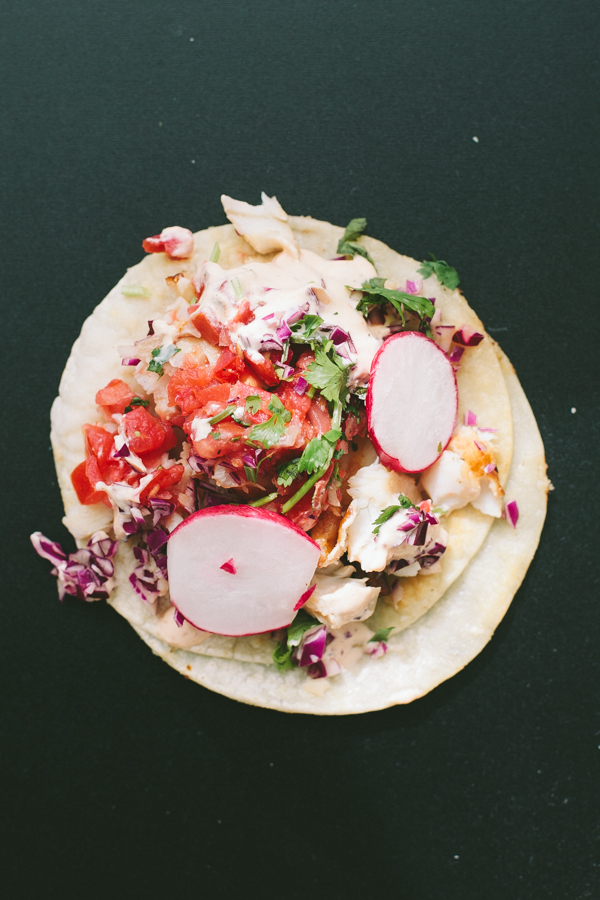 Chalupas are made by pressing the corn (masa) dough very thinly over a mold and then deep frying it until golden and crisp. This little crispy cup is filled with shredded chicken or pork then topped with salsa.

Elote is corn on the cob. The best is when you can find the stands that serve it hot off the grill rather than boiled. From there you have a sort of buffet of condiment options, such as lime, mayonnaise, sour cream, chili powder, butter and cheese. My favorite is a healthy slathering of both mayonnaise and sour cream then covering that with cotija (an aged, crumbly Mexican cheese). Finish with a squeeze of lime. Make this version at home and your corn on the cob will never be the same.

Empalme is a sandwich of two corn tortillas that are slathered with pork lard and filled with beans.

And this is only the beginning. Who’s ready to go hit the streets of Mexico with me? Or, you could avoid the plane ticket and travel expenses by taking the Craftsy class Mexican Street Food: Tacos & Salsas – you’ll recreate south of the border flavors right from the comfort of your own kitchen!