This adorable buttercream mermaid baby shower cake is so easy to make, but also super impressive! 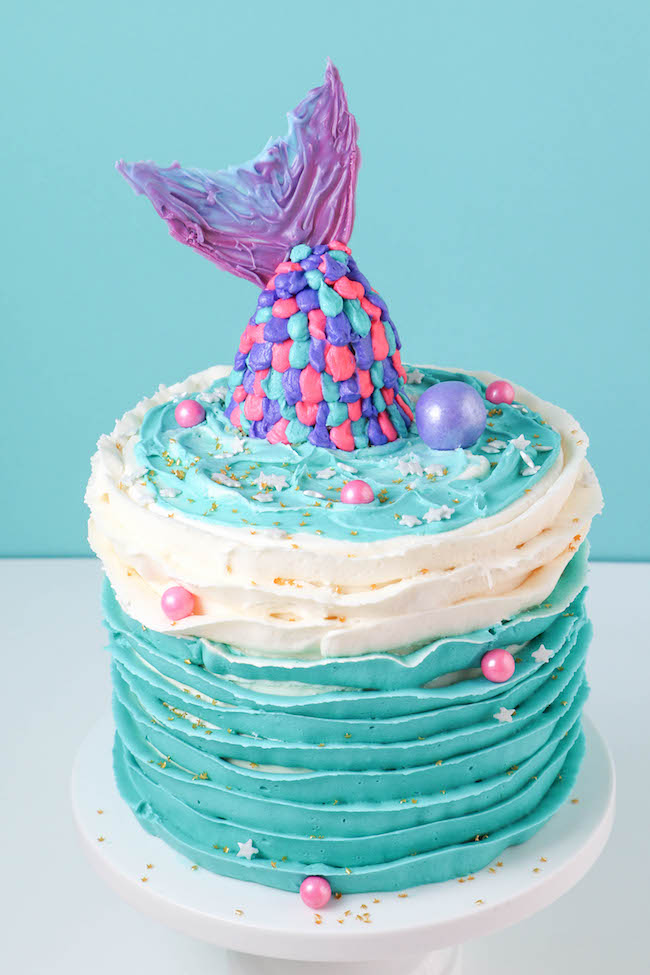 All images via Erin Bakes

Customize your cake with your mom-to-be’s favorite colors or colors of the nursery. Make this smaller cake as the centerpiece to a dessert buffet or use it as the top tier of a larger cake creation. With no special tools or fondant needed, this cake is perfect for those new to cake decorating who are looking to make a splash at their next baby shower! 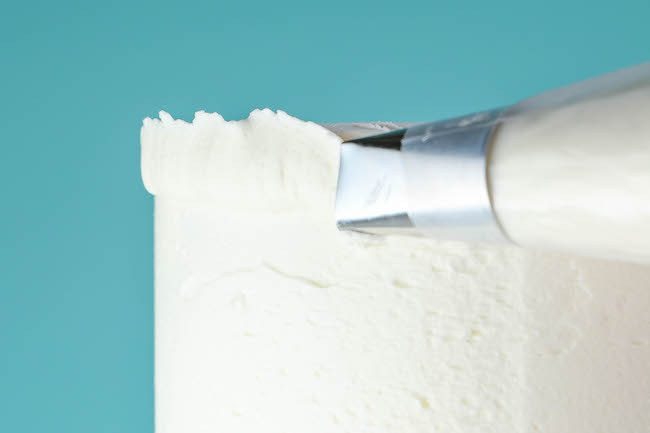 Set the cake on a turntable. Position the rose tip just above the top edge of the cake, pointed side up. Slowly spin the turntable while you apply pressure to the bag, creating a stripe of buttercream all around the cake. Release pressure when you reach your starting point. 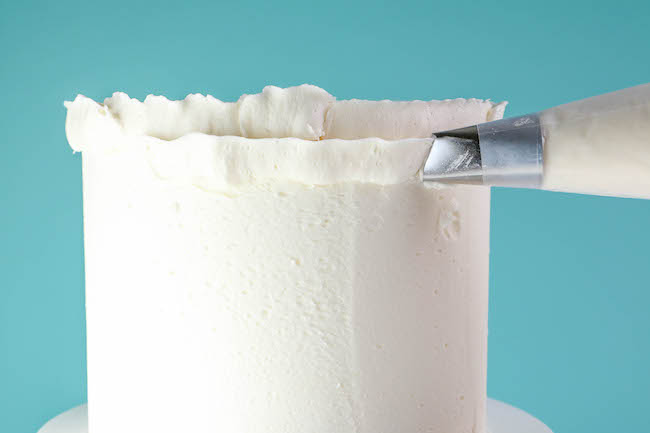 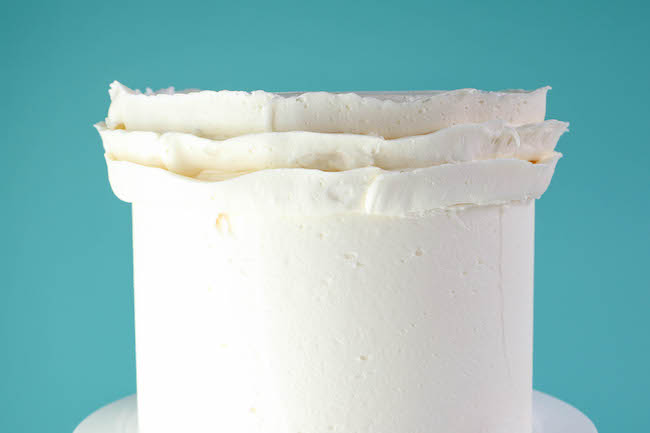 Position the tip so that the bottom of the first stripe runs through the middle of the piping tip, still pointed side up. Slightly tilt the tip so that the fat end is closer to the cake. Pipe a second stripe all the way around the cake. Repeat with more stripes about a third of the way down the cake. 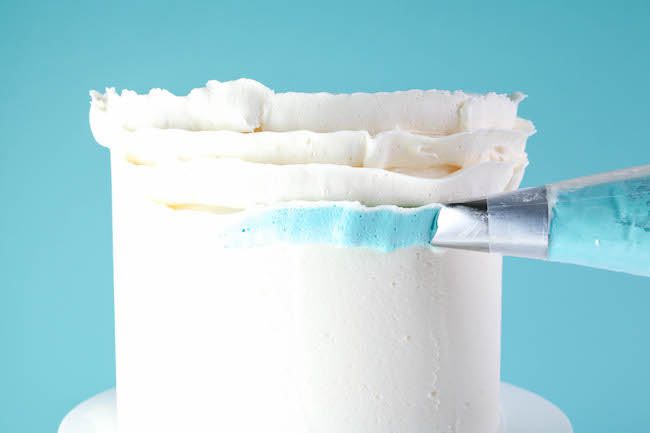 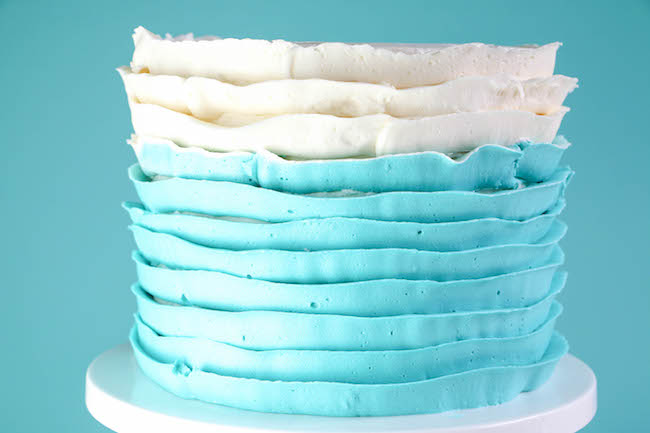 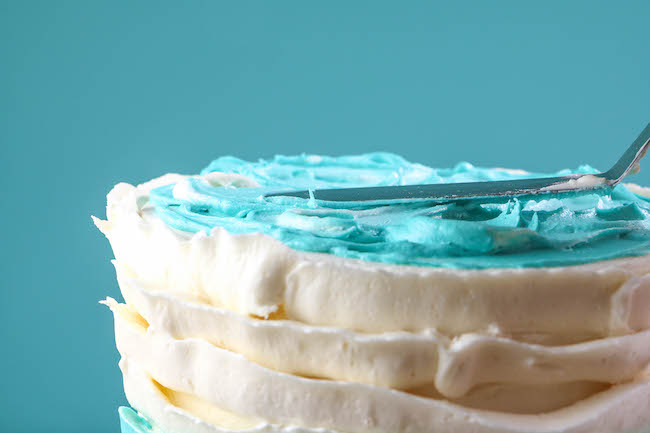 Use the tip of an offset spatula to smear white and teal buttercream around on top of the cake to mimic waves.

Remove the cupcake from its wrapper. Slice off the domed top of the cupcake, but don’t throw it away. 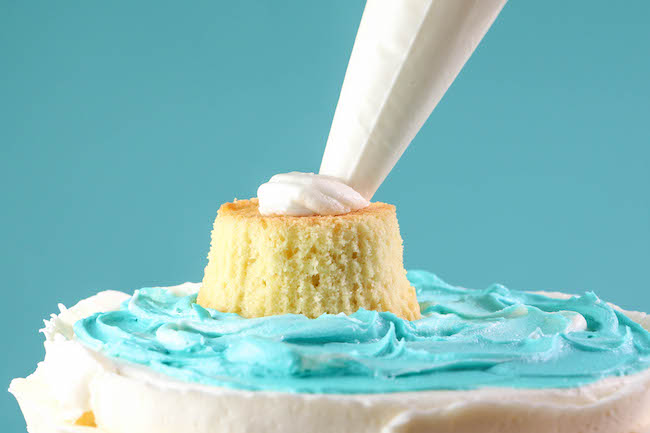 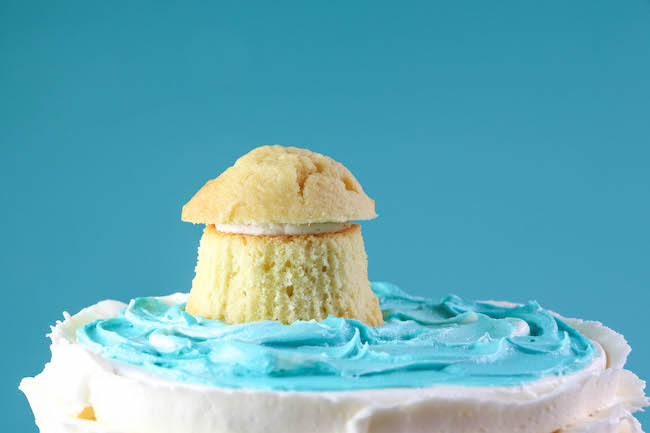 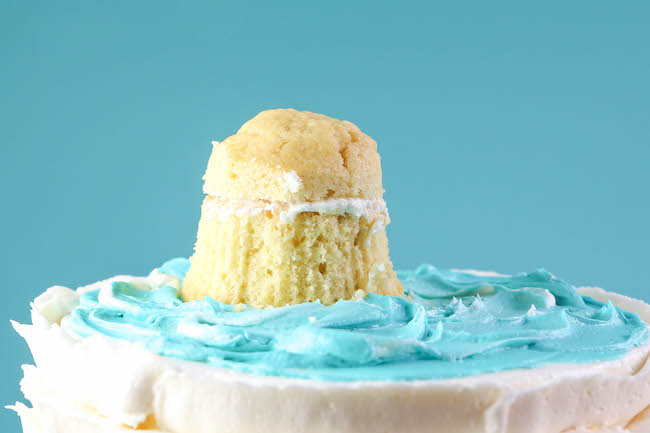 Trim away any cake that hangs over the sides of the cupcake. 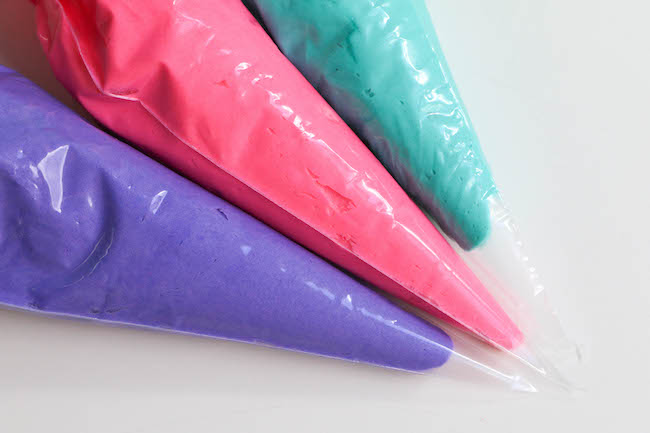 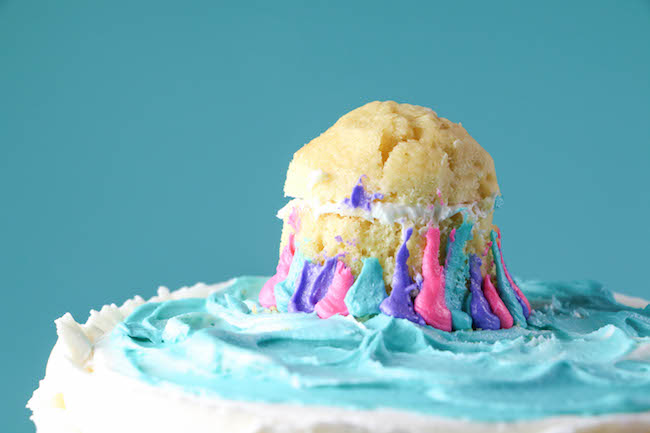 Starting at the base of the upside-down cupcake, pipe a small dot of buttercream. As you release pressure on the piping bag, drag the tip up and across the surface of the cupcake to smear the dot. Repeat all the way around the base of the cupcake, alternating colors as you go. Once again, there’s no need to clean the bag or tip in-between dots. 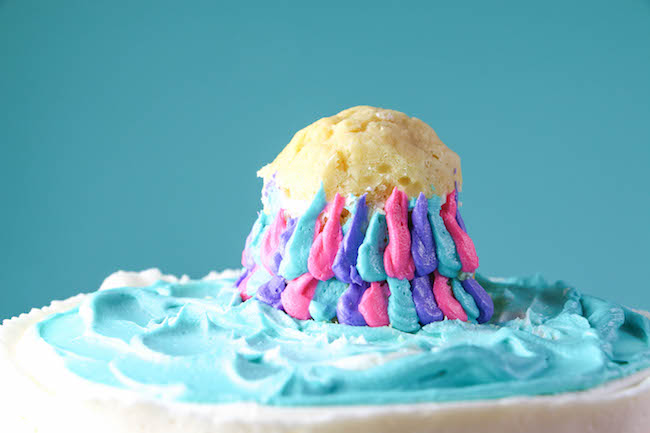 Start the second row of dots half way up the first row. Continue piping rows of dots until the entire cupcake tail is covered. 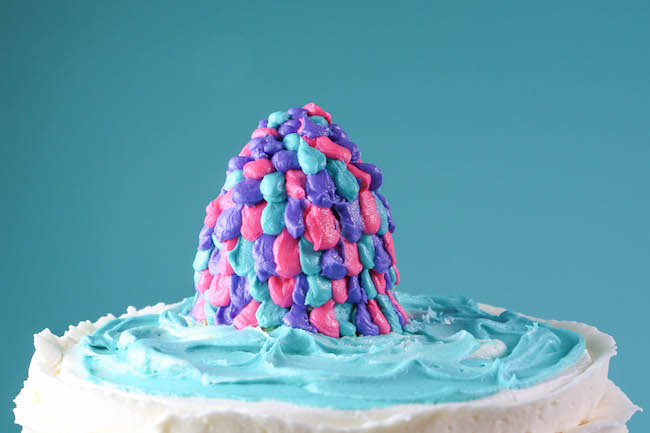 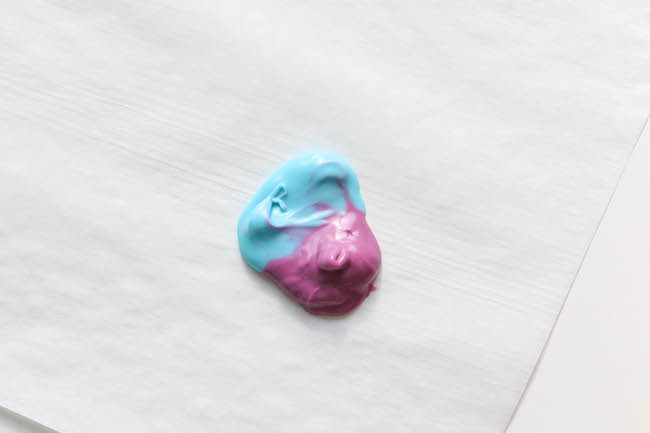 Spoon a small circle of teal chocolate on a piece of parchment paper. Drop a second dot of purple chocolate just above the teal dot. 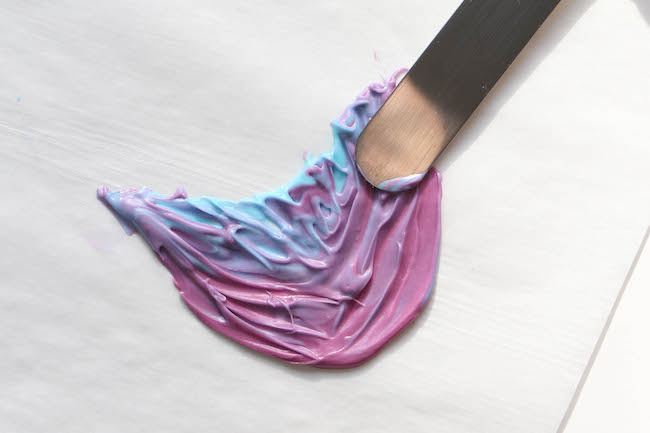 Use an offset spatula to smear the dot into a fanned-fin shape. Start with the spatula in the teal chocolate and pull it towards the purple chocolate, so that the base of the fin is blue with purple tips. Set the fin aside to harden completely before using, about 10 minutes.

Remove the fin from the parchment paper and carefully press it into the end of the mermaid tail. 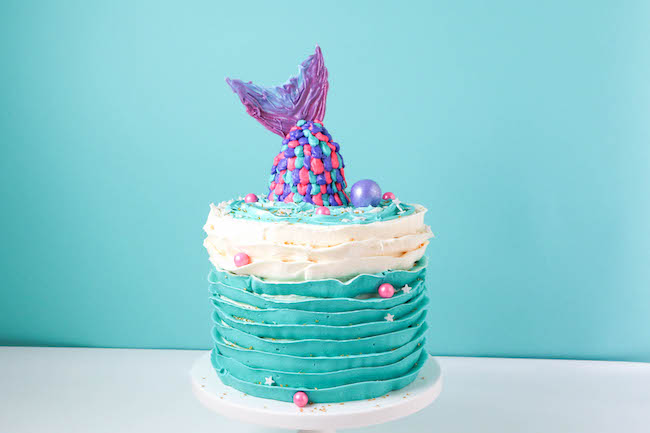