It’s no secret we all love buying yarn. But what if that same yarn purchase could make a positive difference around the world? Well, depending on the type of yarn you’re buying, it does. 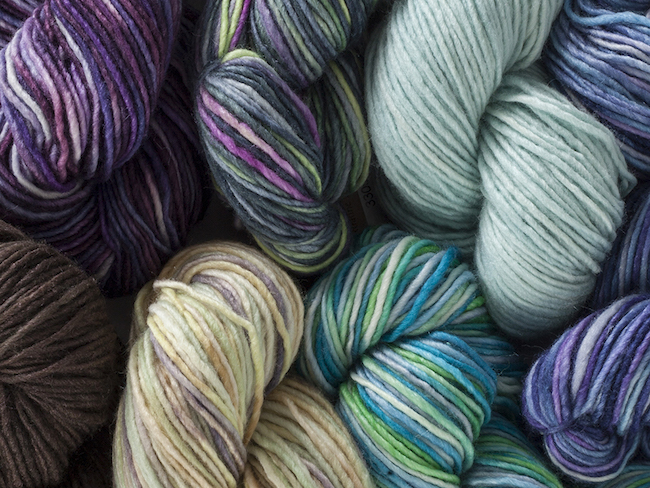 Since 1968, Manos has created everything from rich artisan yarns to ready-to-wear, all the while bringing much-needed job opportunities to rural women abroad. Manos offers health insurance, retirement pensions, paid vacations and paid maternity leave to each member — and they don’t stop there.

In fact, the first kindergartens in Uruguay were started by the Manos cooperative, and to this day, they continue to pave the way for better education for all Uruguayan children. Plus, as a proud member of the World Fair Trade Organization, Manos is fully dedicated to creating sustainable livelihoods for those who may otherwise be exploited through unfair exchange.

So when we got the chance to sit down with Lisa Myers, owner of Fairmount Fibers (Manos’ U.S. distributor), we couldn’t help but “fangirl” a little bit.

Here’s what Lisa had to say about blending business with art… and heart. 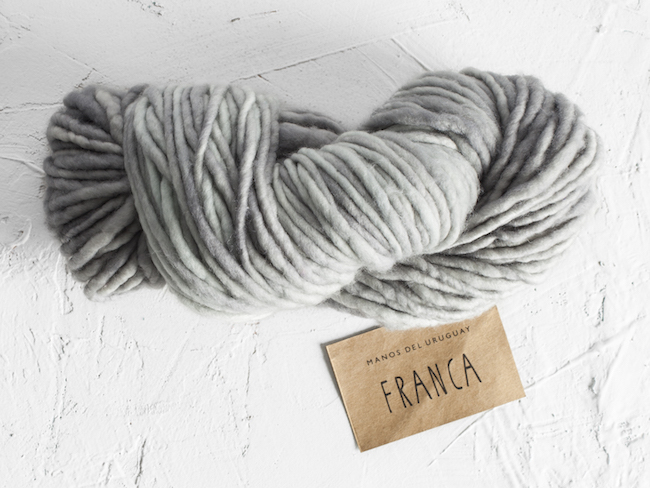 How does buying a skein of Manos yarn help a woman in need?

“Every skein of Manos yarn has a label on it, and inside the label is the name of the cooperative where it was produced, plus the signature of the artisan who made it.

“Since women in the countryside don’t have a lot of economic opportunity, the goal for Manos is to give them employment that doesn’t require having to leave the support structure of their families and communities.”

What about Manos’ Board of Directors? It’s such a great example of their mission!

“They are all women who have worked as artisans and are now in charge of the organization. They don’t have formal education but they’ve had opportunities to learn on the job and develop management skills.”

How has the Manos mission grown over the years? 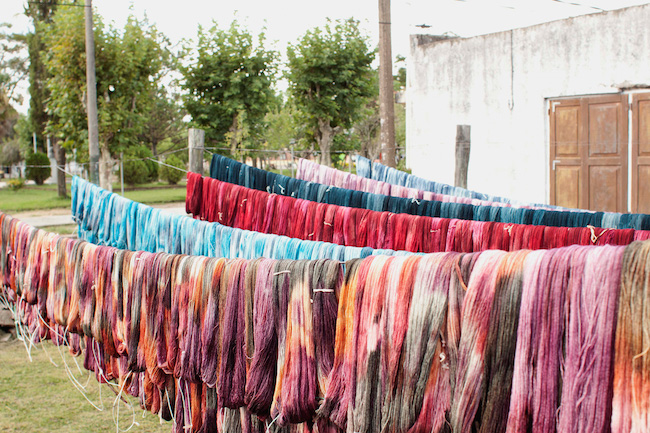 How has Manos’ work helped the people and the country?

“There isn’t a lot to export from Uruguay. It’s not wealthy in natural resources — there’s no oil, no mineral deposits… they export some meat, but mostly what they have for export is craft products. Yet they have become known worldwide for the quality of their goods. In fact, there’s a scrapbook of famous people wearing Manos products, including John Lennon, Hillary Clinton and Robert Redford.”

Fairmount Fibers offered a trip to Uruguay to learn all about the artisanship? What was that like?

“The trip was about giving knitters in the U.S. an opportunity to see the coops close up and to meet some of the artisans who make our yarn. In some cases, knitters brought the label from a skein of yarn they’d used to make something, and they were able to meet the artisan who made their yarn. The knitters were able to show the artisans what their yarn was becoming later on.” 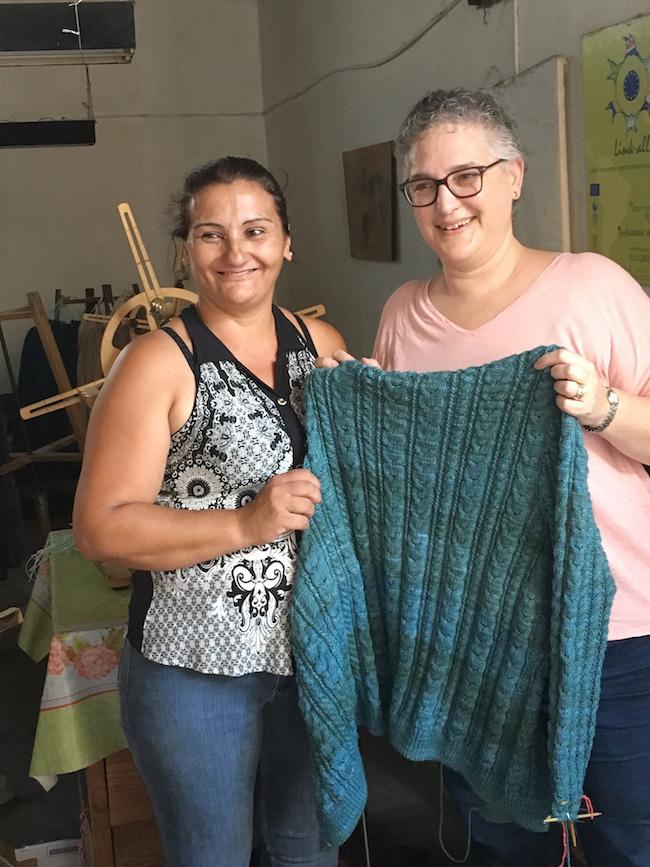 What was the coolest part of the trip?

“It’s amazing how artisinal the process still is. It’s such a contrast to be in a workshop that has no central heating, no central air, and yet, they’ve got digital scales, professional thermometers, they’re using WhatsApp. It’s cool how how 20th-century and 19th-century simultaneously life seems to be. It was very impressive and very moving.” 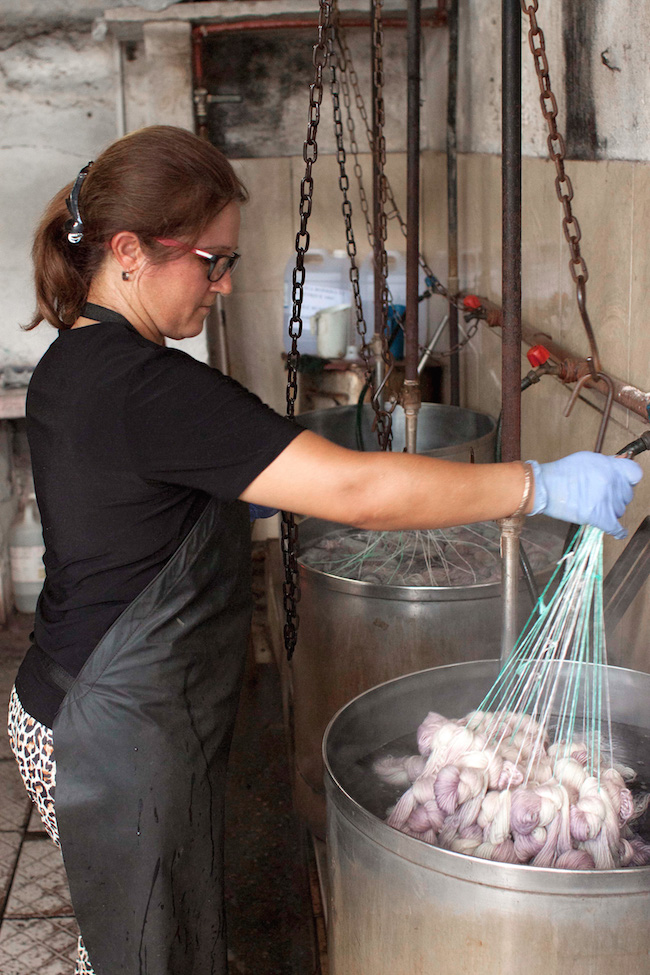 “It’s all in the individuality and connection to the handmade — to the person who’s making a thing, not a machine that’s spitting something out from a production line.”

That’s true even of our most basic, solid kettle-dyed yarns — the dyeing gives them a richness and depth that doesn’t happen with industrial-dyed yarns.” 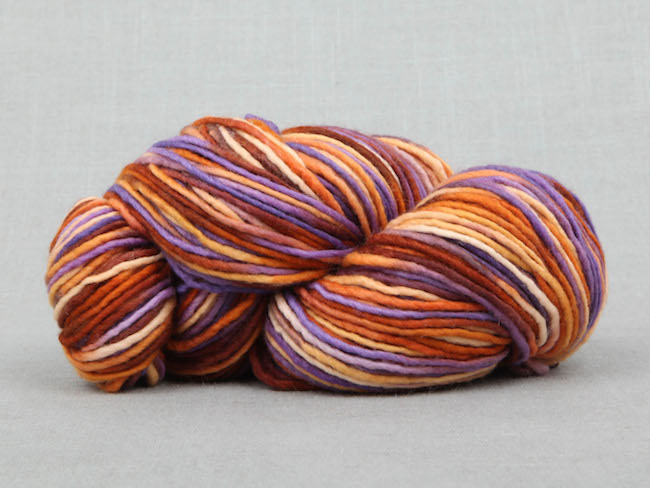 The dye methods are incredibly unique. Can you tell us a little bit about them?

“Space-dyed and hand-painted yarns have someone’s personality behind them. They’ve got more character than something that’s mass produced. We’re constantly producing new colors to stay up to date and on trend. And that keeps it interesting for the knitters and the people making the yarn. You get a much more complex, subtle product using hand-dyed yarn — something nobody else could have.”

Moved by the Manos story?

You too can be a part of the difference. Shop Manos Yarn