In the time it would take you to run to the store to buy tortillas for your taco night you could cook your own. Really! Beyond the satisfaction that comes from hand-rolling and pan searing, making homemade flour tortillas gives you a soft, chewy and flexible tortilla with a taste that soars high above the plastic bagged competition. 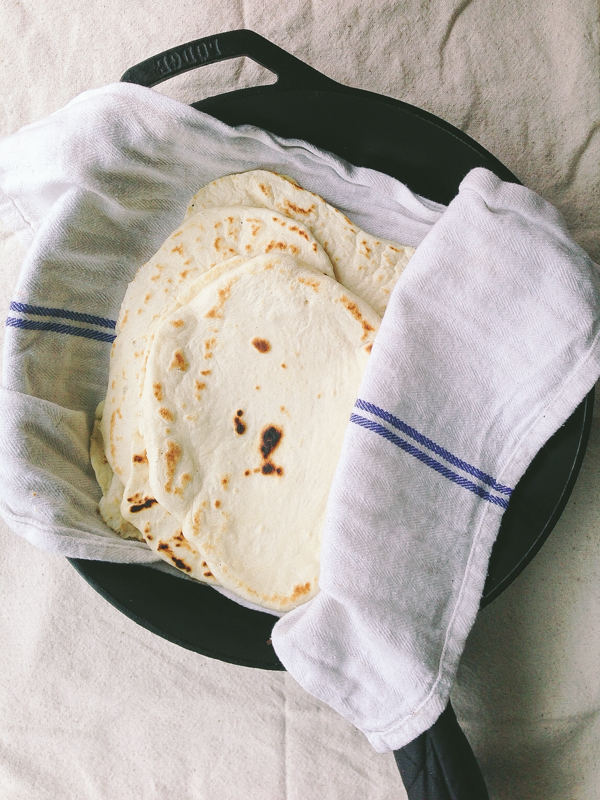 Traditionally flour tortillas require the use of lard. If you have it, use it. But if you’re like me, your fridge is rarely stocked with lard, so in its place you can use butter, canola oil or olive oil. The dough comes together in minutes and, after a 30 minute nap, is compliant, rolling out to a paper thin tortilla that’s immediately ready for crisping. So let’s get started: Our tacos are moments away.

In a large bowl, whisk together the flour, baking powder and salt. 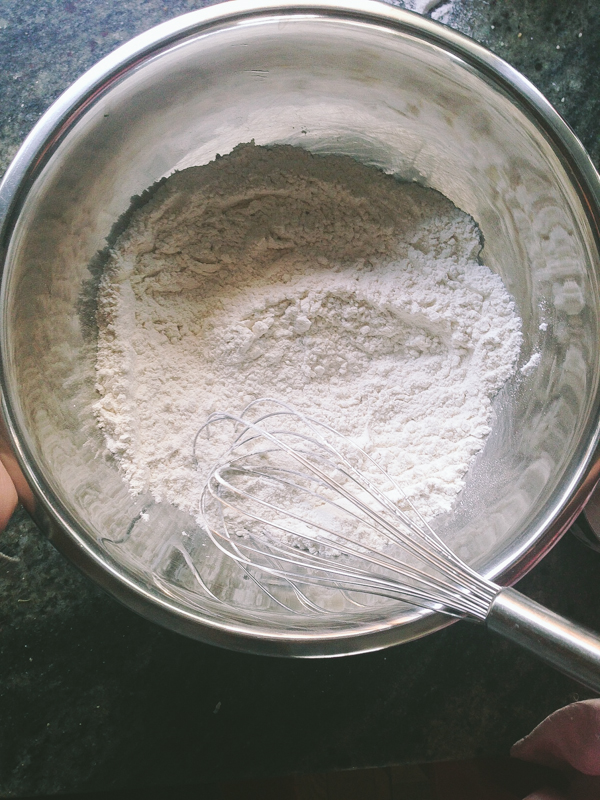 If you are using butter, lard or shortening, cut it in using a pastry cutter until fine crumbs form. For oil, combine it with the water then pour it in.

Stir together the dough until it just comes together. 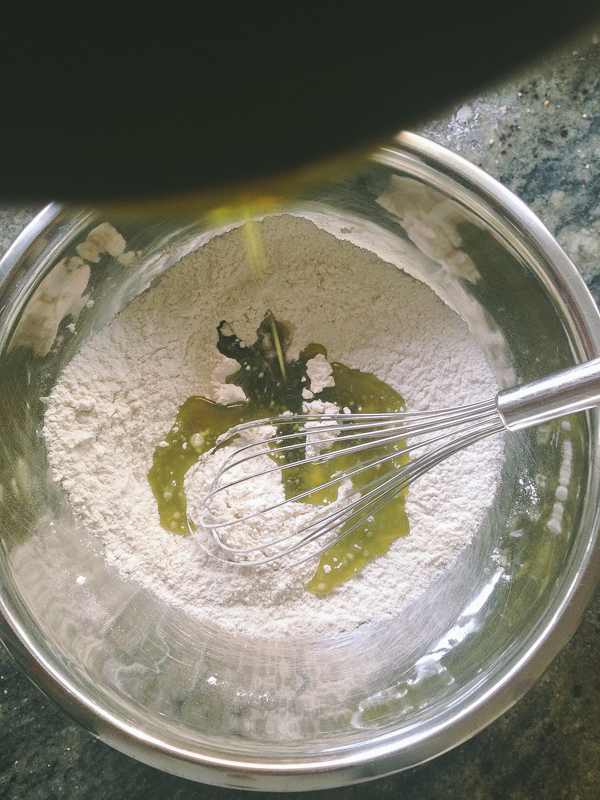 Dump the dough onto a lightly floured surface then knead for two to three minutes until a smooth ball forms. Add more flour as needed if the dough starts to stick.

Return the dough back to the bowl, letting it rest for 30 minutes. 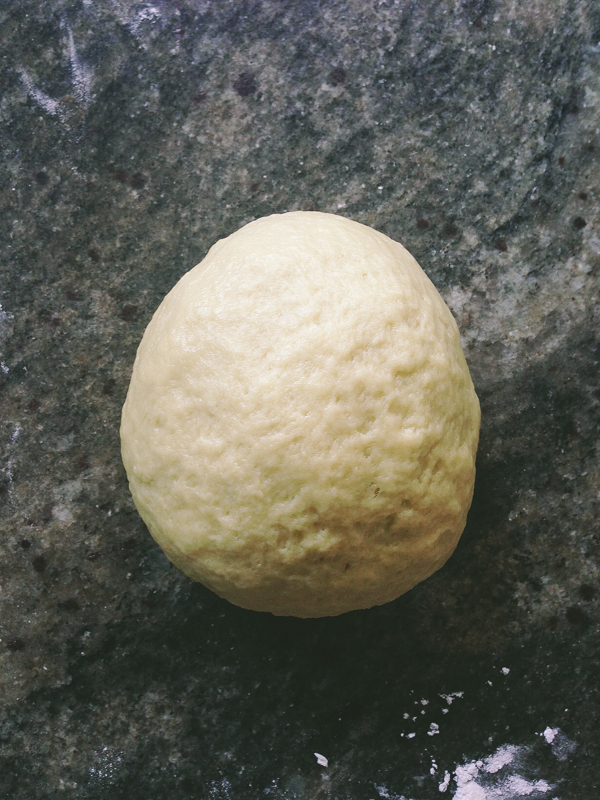 Divide the dough into eight equal portions. Cover the dough that you aren’t using with a damp towel or plastic wrap. 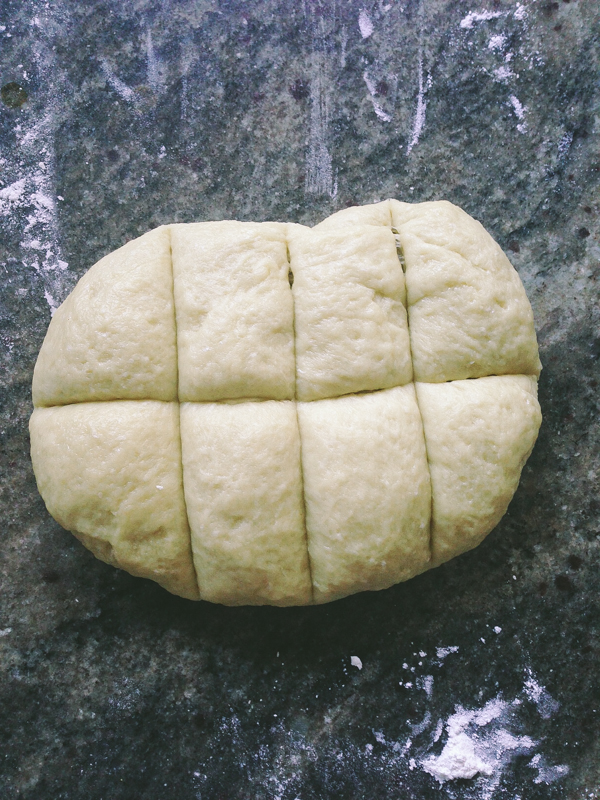 Preheat a griddle or cast iron pan over medium-high heat.

On an unfloured surface roll out one of the portions of dough into an 8″ inch round. If the dough sticks to the counter that’s great as it helps to get the dough nice and thin.

Carefully place the tortilla on the hot pan then cook until bubbled and golden on each side, 30 seconds per side.

Wrap the warm tortilla in a clean towel to keep soft then proceed with the remaining portions of dough.

Beyond tacos or burritos we like to put butter on warm tortillas then sprinkle with cinnamon and sugar. Or, go one step further and fry into completely homemade tortilla chips! Cut each tortilla into eight roughly shaped triangles. Fry dried out tortillas (leave out, uncovered, overnight) in a cast iron skillet with 1 cup neutral oil that has a high smoke point (such as canola). Fry at 350 F until golden and crisp. Remove to paper towels to drain and sprinkle with salt while warm.

Or, you could bake the tortillas to a crisp chip by brushing each triangle with oil then baking in a 350 F oven until golden and thoroughly crisped. Try sprinkling with a squeeze of lime and ground cumin for a zesty bite.