Read on for a fun overview of the evolution of embroidery trends throughout time. 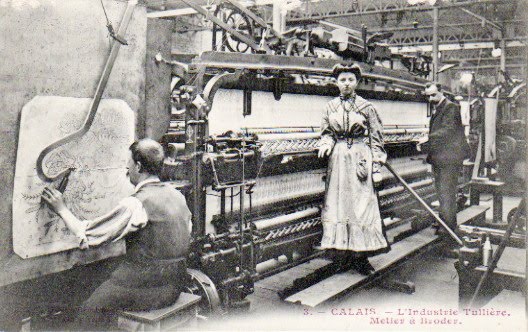 The computerized embroidery machines that bless our homes are nothing like their prototypes which could fill an entire lower-level living space. Without them, though, we would not have ever gotten this far.

Nearly 20 years before the first sewing machine was patented by Isaac Singer in 1846, Frenchman Josue Heilmann invented a hand embroidery machine. The behemoth could do the work of up to four hand embroiderers.

Heilmann’s embroidery machine consisted of a frame to hold the fabric, a needle assembly and a handle to work the needle. Instead of taking the needle to the fabric, fabric moved to meet the needle, which had a point at each end and an eye in the middle. The process allowed stitching in any direction. 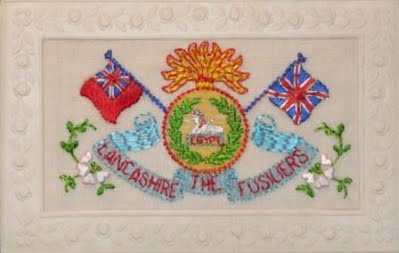 Designs were six times the size of the original and a great amount of coordination was needed to stitch. The operator used his left hand to guide a scribe around the pattern diagram. His right hand cranked a wheel that pushed needles through the fabric and his feet operated the clamps that gripped the needles.

The invention was thought to be such a threat to hand embroiderers that Heilmann only sold two machines, but the technology led to the development of modern-day embroidery machines. 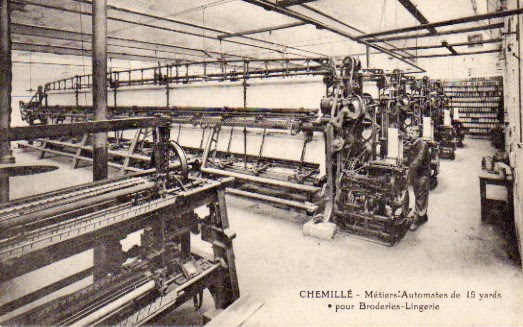 Before affordable computers, embroidery was completed by punching designs on paper that ran through the embroidery machine. Created by Isaac Groebli in Switzerland, the Schiffli machine utilized the combination of a continuously threaded needle and a shuttle containing a bobbin of thread. Groebli’s son went on to create the automatic Schiffli machine.

Gorgeous laces and broderie anglaise flew off of the loom-like embroidery machines. They were so efficient that the fruits of their labor were mistaken for hand embroidery. Home businesses and factories sprung up. 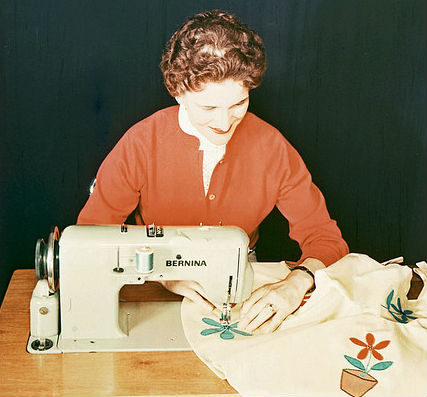 The convenience of home sewing machines took a leap in 1911 when the Singer Sewing Company developed the first multi-head embroidery sewing machine, equipped with six heads and a pantograph attachment.

War time halted manufacture of anything not relevant to the cause but post-war prosperity further advanced embroidery equipment. In the 1950s, home embroidery machines exploded upon the market.

In the 1980s, Wilcom introduced the first computerized embroidery designs  both home and small business embroiderers. Today, advances in computer technology make it possible for modern-day embroiderers to stitch everything from lace and cutwork to quilts and leather in a fraction of time it would take if done by hand.

Now that you have an appreciation for the history of this craft, what will you stitch with your machine?

20 Things Every Machine Embroiderer Should Know

Build a foundation of essential skills every embroiderer should know, so you can conquer each step of machine embroidery.Enroll Now »