Macaron vs. macaroon. What’s the deal? Is there a difference? Is there a winner? Let’s dive deep and find out! 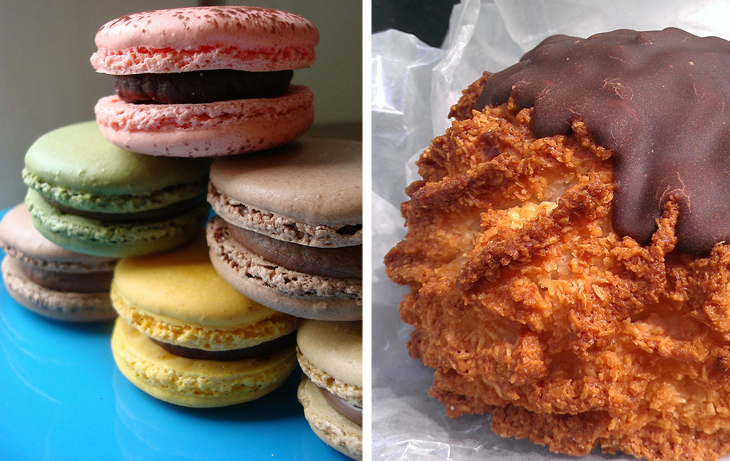 Explaining the difference between macaroons vs. macarons can be confusing. The terms are sometimes used interchangeably and both are cookies. However, there is a definite difference, so let’s set the record straight. 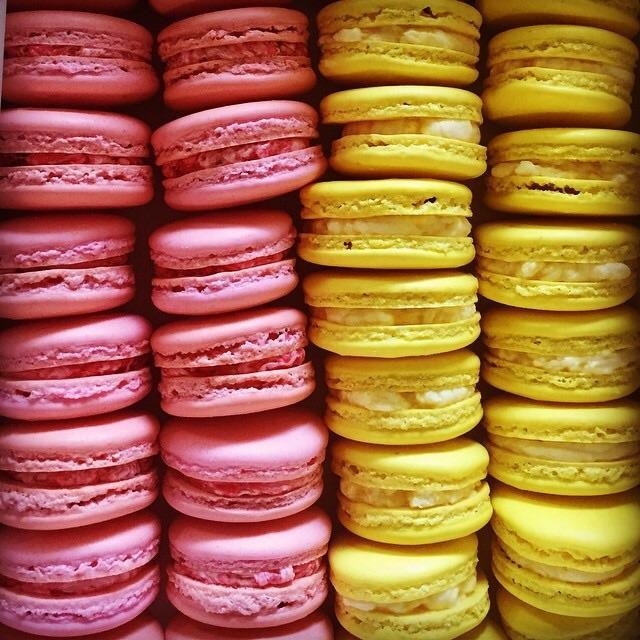 A macaron is a cookie made using egg whites, sugar and finely ground nuts, usually almonds. They are combined into a meringue-like mixture that’s piped on to a baking sheet into small rounds. Once baked, the cookies rise into a pleasing, dome-like shape with a little “foot” around the bottom edge.

Technically, a single cookie is a macaron. But they are frequently served as little sandwiches featuring two cookies and a cream, ganache or fruit filling inside. That the doubled-up version is referred to as a “macaron” (just one O, pronounced “mac-a-rhon”). 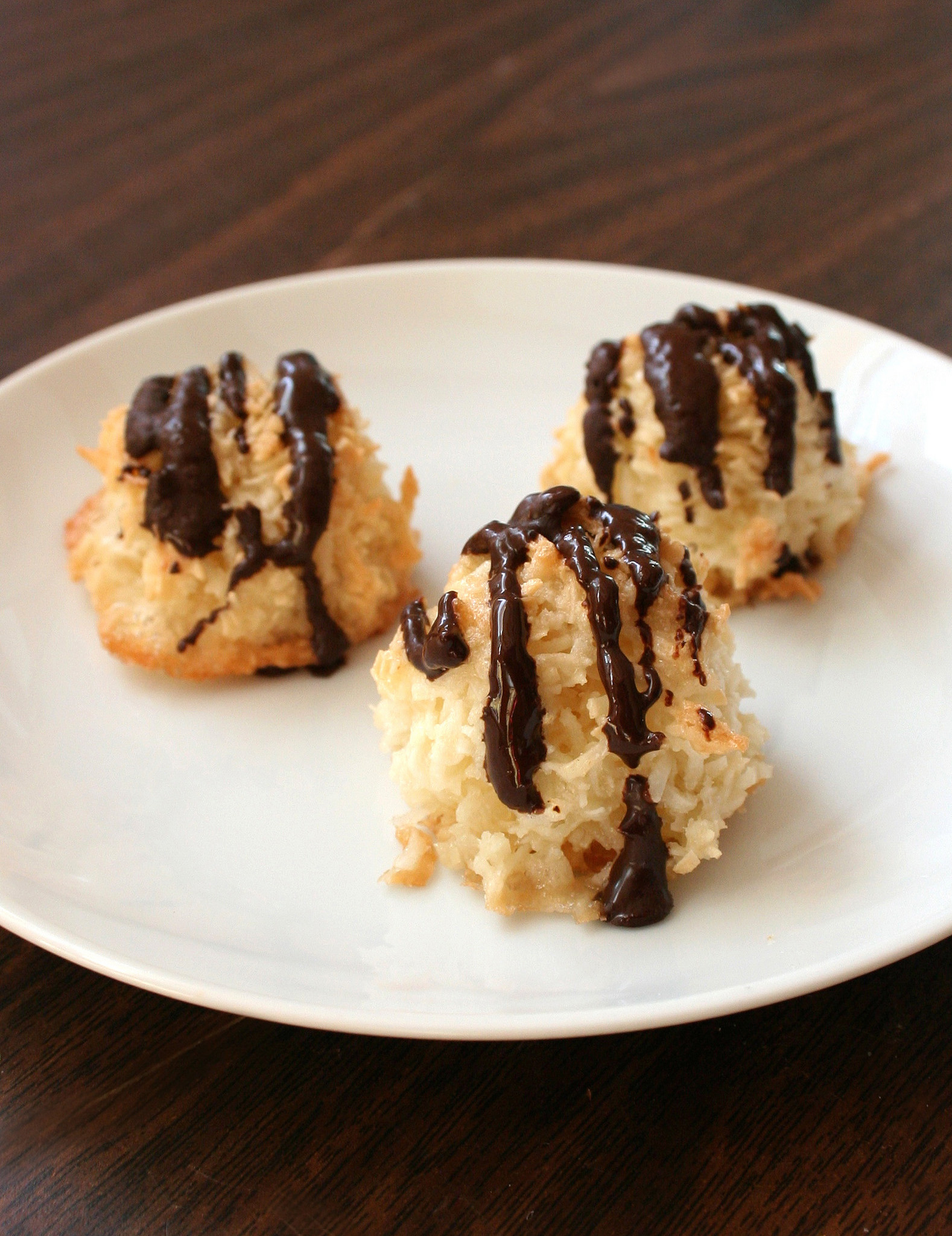 A macaroon is a cookie made mostly of coconut flakes, using egg whites as a binder and sugar as a sweetener. Nut paste or chopped nuts can be used in these cookies too.

Because they are bulkier, macaroons (double O; pronounced “mac-uh-rhoon”) can be piped through a thick tip, or shaped by hand into little balls or haystack shapes. The bulkier ingredients used for macaroons typically yield a slightly more substantial and chewier result than a macaron.

Macarons and macaroons: are they related? 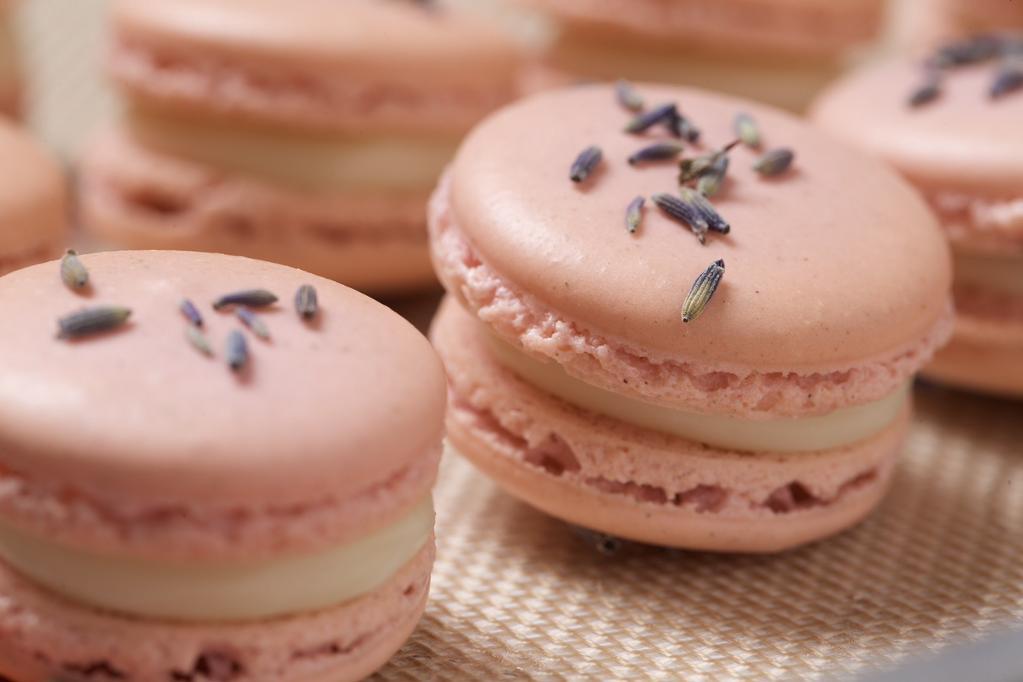 In spite of their very different appearances, these cookies are, in fact, related.

The macaron was developed in the 1500s and served in the House of Medici in Italy. The word “macaron” and “macaroni” actually have a similar root, meaning “fine dough.” When Catherine de’Medici was married to the French Duc D’Orleans, the cookie was imported to France. But macarons didn’t gain widespread popularity until a little later.

As the story goes, two Benedictine nuns were seeking asylum in the French town of Nancy during the French Revolution. They paid for their housing by baking and selling a version macarons that had trickled down from high society.

These original macarons were simply cookie rounds — it wasn’t until the early 19th century that fancy tea room Ladurée began serving the cookies with a sweet ganache filling between two of the traditional rounds. Naturally, it caught on.

But Italy had not forgotten the earlier version of the cookie. While the macaron took a life of its own in fabulous France, it remained popular in Italy, particularly with the Jewish population because it required no flour or added leavening, and could therefore be enjoyed during Passover.

Of course, this recipe gained popularity all over Europe as a year-round sweet, and regional variations popped up. The coconut version of the macaroon seems to have gained popularity first in Glasgow, Scotland; from there that it hopped over the pond and captured the hearts of Americans, where the macaroon has really gained its footing.

In a nutshell, both the macaron and macaroon are derivatives of the same basic cookie concept, but at this point they have headed down decidedly different roads. Today they are quite different cookie experiences.

Macaron vs. macaroon: is there a winner?

If you look at Pinterest, it will seem that macarons are ruling the school. After all, the results are refined, and there’s plenty of opportunity for creativity, so these little treats appeal to cake decorators and bakers.

While making macarons is a bit fussy at first, they’re not extremely difficult to master, and can be a great entrée into the world of French baking.

That isn’t to say that macaroons are a loser, though. Whether they’re made with coconut, nuts or a mixture of both, macaroons are without question a classic. And as a bonus, they’re so incredibly easy to make that they are a baking project accessible to all levels.

Which do you prefer: macarons or macaroons?