There are multiple methods for casting-on when you begin a knitting project. One of the least frequently used methods is the loop cast-on. The loop cast-on creates a less even edge and can be harder to knit into, so it isn’t often used as the primary method of casting-on. But it has some important uses, so it’s a method you should definitely add to your repertoire.

The loop cast-on is exactly what it sounds like: you create stitches by making loops with the yarn and placing those loops on your needle.

Step 1: Start by creating a slip knot with your yarn and putting it on a needle. 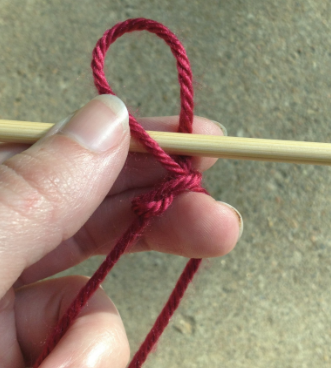 For this cast-on method, you’ll hold only one needle, in your right hand. Instead of using a second needle, you’ll create the cast-on stitches with your hands.

Step 2: Now take the working yarn coming off your slip knot, making sure you aren’t grabbing the tail. Form a loop. It really is that simple. 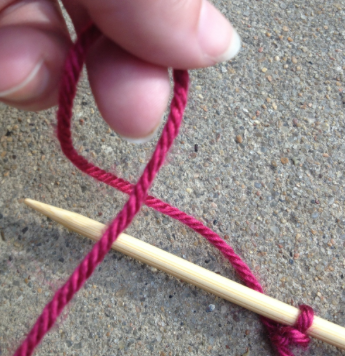 As you slip the loop onto your needle, make sure it is twisted correctly so the tail end of the loop is on the inside. 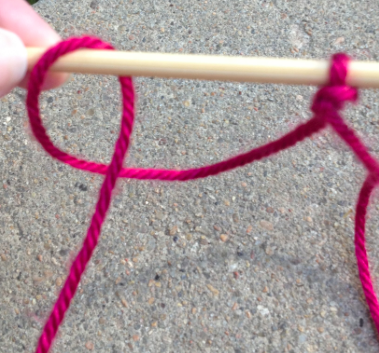 If you don’t twist it this way, you’ll have just a yarn-over instead of the edge you’re looking to create.

Step 3: Then pull your yarn taut. 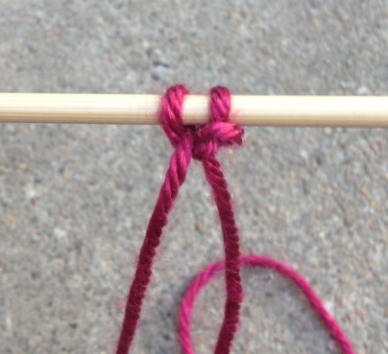 When you pull the yarn taut, this is how your stitch will look. From here, you’re ready to make the next loop stitch.

You can also do the loop cast-on by holding the needle in your left hand. The principles are exactly the same. Always make sure that the working end of your yarn is between the last two stitches on your needle as you pull your yarn taut. For the initial cast-on, which hand you use is a matter of preference. I hold the needle in the right hand because that’s the way you will most likely use the loop cast-on in the middle of a project.

The loop cast-on is something you will often use to add just a few stitches partway through a project. The most common spots I have used them are on buttonholes and mitten thumbs. One easy way to create a buttonhole is to cast off two or three stitches in the middle of one row. Then when you come back to that spot on your next row, you cast on as many new stitches as you bound off on the previous row. Just as you would do on the initial cast-on, use your working yarn to create a loop for each stitch you need to add. Then you’re ready to resume regular knitting when you’ve created the right number of new stitches. The loop cast-on is the preferred method for casting on new stitches to finish a buttonhole. 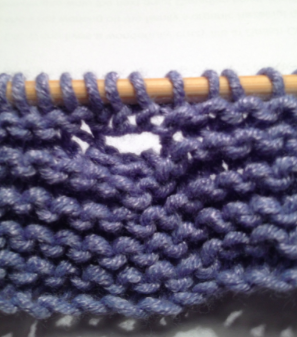 The top row of stitches on this buttonhole were created using the loop cast-on method.

Do you use the loop cast-on method to begin your projects?