One of the most influential woodworkers of the 20th century was James Krenov (1920-2009). His legacy has to do not only with his style of woodworking, which was an exploration of form, proportion and the unornamented beauty of wood, but also with his approach to teaching.

Krenov founded the Fine Furniture Program at the College of the Redwoods, teaching hundreds of artists the importance of meticulous craftsmanship, respect for wood and listening to one’s own intuition. His four books, especially A Cabinetmaker’s Notebook, influenced countless other woodworkers with his wisdom and generosity.

Follow along to learn more about Krenov planes and take the first steps to make your own. 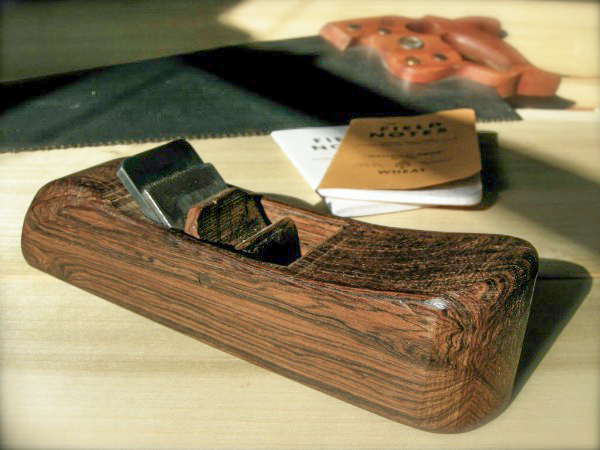 Wooden plane made by James Krenov. Photos by Tom Fidgen via The Unplugged Woodshop.

Another legacy of James Krenov is his practice of making wooden hand planes. The thing that strikes me about Krenov’s planes is that they are beautiful but not perfect. They work exceptionally well but are not fussy. I am setting out to make a Krenov-style plane, a smoother, and will detail the process in a few posts. For inspiration, I thought I’d start by showing a plane made by Krenov himself.

New Craftsy blogger Tom Fidgen purchased one directly from Krenov and allowed me to use his images. If you don’t know Tom’s work, I strongly recommend checking out his website, The Unplugged Woodshop. 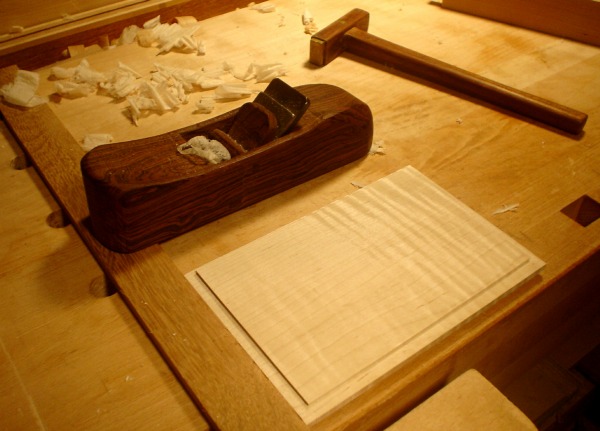 Why make a plane?

Making wooden hand planes is a great way to start your tool collection. If you were to buy three premium metal planes, such as a jointer, a jack plane and a smoother, you could easily pay north of $800 for them. By contrast, you could make three planes that will do the same tasks for the cost of three blades (approximately $50 each depending on width) and a negligible amount of wood. And if you make the planes yourself, not only will you gain skills you can use in all of your woodworking, but you’ll have tools shaped to your own hands that will become family heirlooms.

Start with the blade

Plane blades aren’t terribly expensive, so invest in the best one you can find. Well-made blades will take a sharp edge that last a long time between sharpenings. In my mind there’s nothing better than a blade made by Ron Hock, who started making blades when students and faculty of the College of the Redwoods wanted better quality blades for their own planes. Hock blades are designed to be used in Krenov-style planes and were used by Krenov himself. They include a chipbreaker and fastening screw. When designing your plane, start with the blade and go from there. 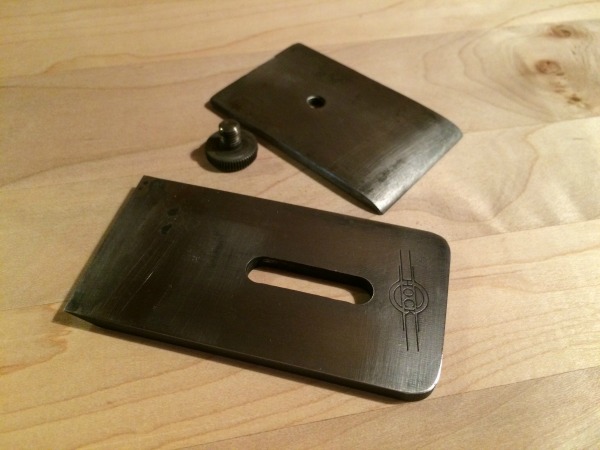 Blade and chipbreaker set made by Ron Hock.

A smoother plane has a blade at a fairly high angle that allows it to cut fine shavings in wood with difficult grain. I am making my smoother with a 50-degree bed angle, which is a nice compromise between higher angles that are difficult to push and lower angles that can cause tear-out. Smoother planes are usually about 7″-9″, with exceptions for smaller coffin smoothers. 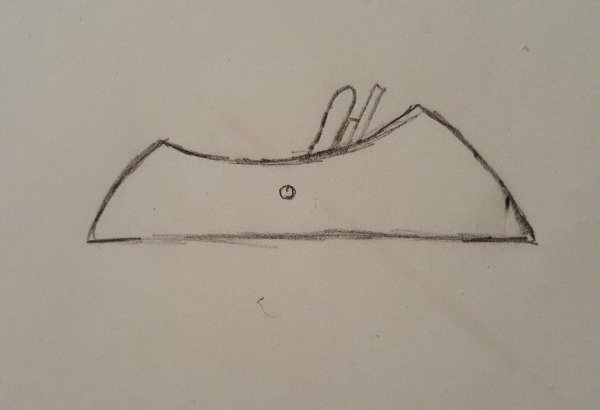 A rough sketch of my smoother plane.

Woods that are dense, strong and heavy make the best hand planes. Hard maple is a great choice, but woods like ash, cherry and walnut also work well. I think a lot of people set out to make an ideal plane, which requires not just a dense piece of wood, but the most dense wood available. I’m only interested in a plane that will work, so domestic hardwoods are just fine for me. 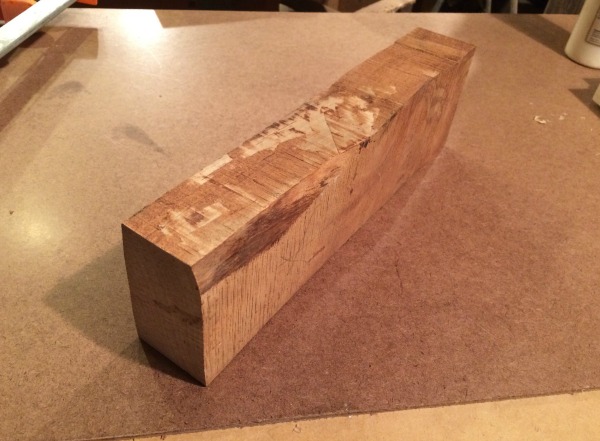 A rough piece of maple to be transformed into a hand plane.

With a sharp blade and some nice maple, I’m ready to begin building my own Krenov plane. In my next post, I’ll describe milling the wood for the plane, working out the angles and planning my build strategy. Stay tuned to watch this chunk of maple become a useful, beautiful plane.