Does your love of ponytails stop you from wearing knit hats? I wear my hair pulled up a lot, so I often skip the hat to avoid a frizzy mess.

This winter, though, there’s a knitting trend that will keep your ponytail intact and your head warm. Meet the ponytail-friendly hat knitting pattern! These hats feature small openings that let you thread your hair through, whether it’s in a ponytail, messy bun or even dreadlocks. 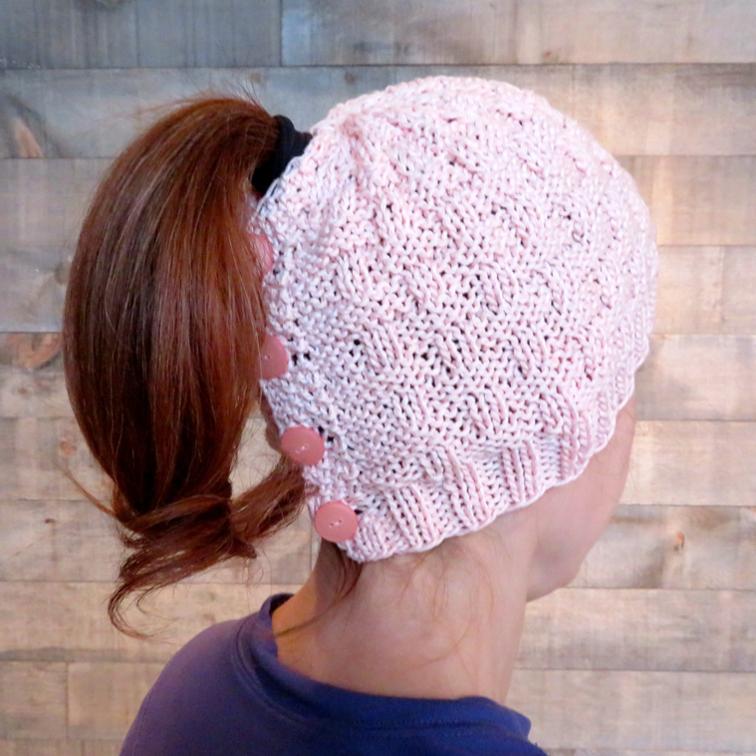 The basketweave stitch on this hat is simple enough even for beginners. The basketweave is created by alternating knits and purls, so as long as you know those two basic stitches, you’ll have no problem with this hat. 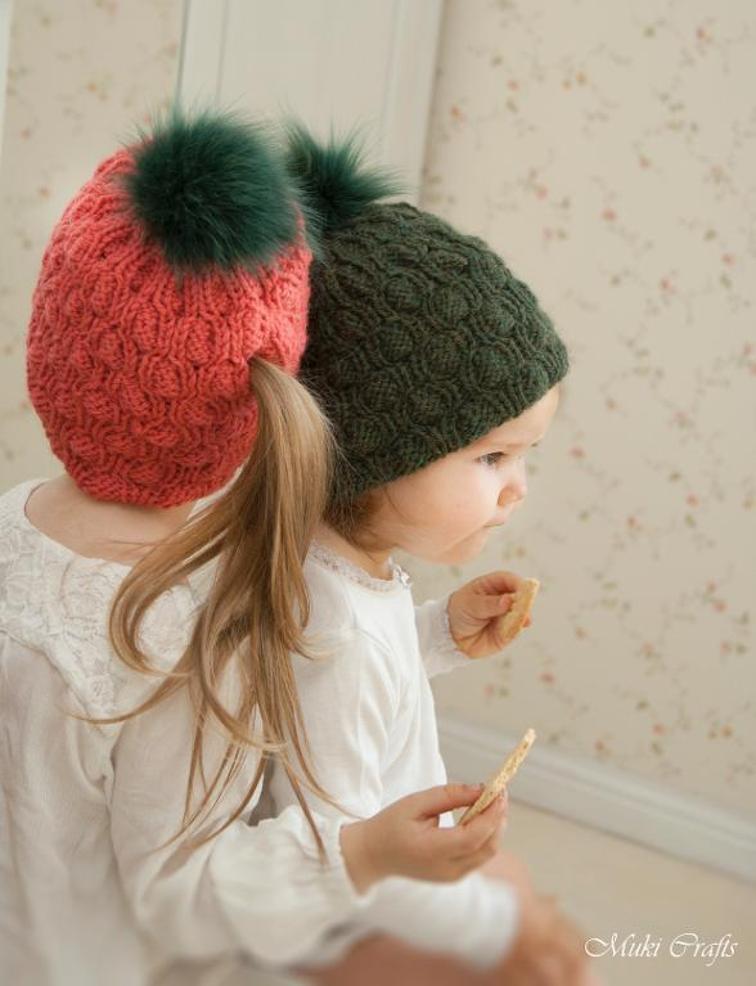 This hat comes in three sizes: toddler, child and adult. The ponytail pocket is hidden, so you can wear the hat with or without your hair pulled up. You can also slide the hat around and put the pocket on the side for kiddos who like to rock the side pony. 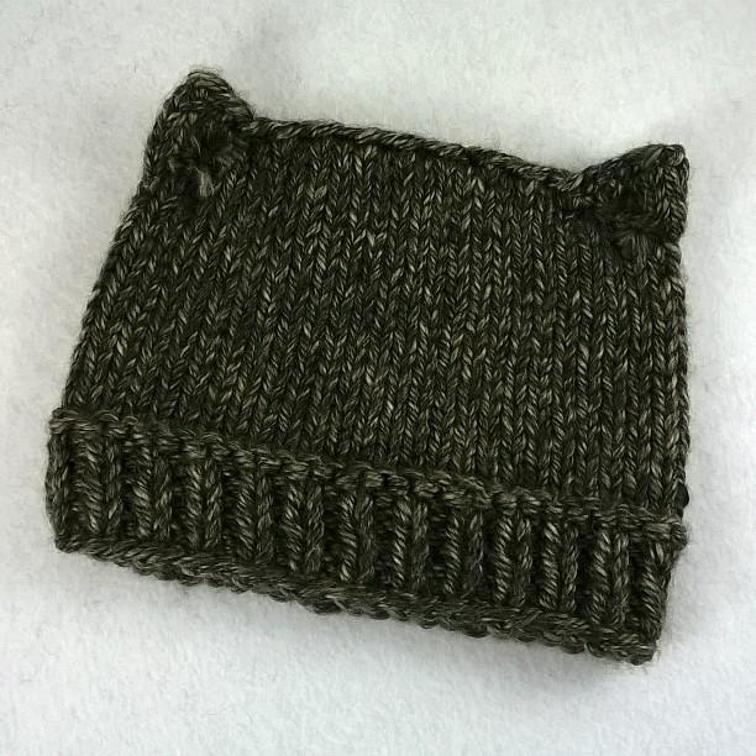 This pattern includes instructions for five different hat sizes, as well as photos to guide you along the way. You can also wear this hat without taking advantage of the ponytail hole. It’s buried in the back where the brim meets the rest of the hat, so it’s easy to hide. 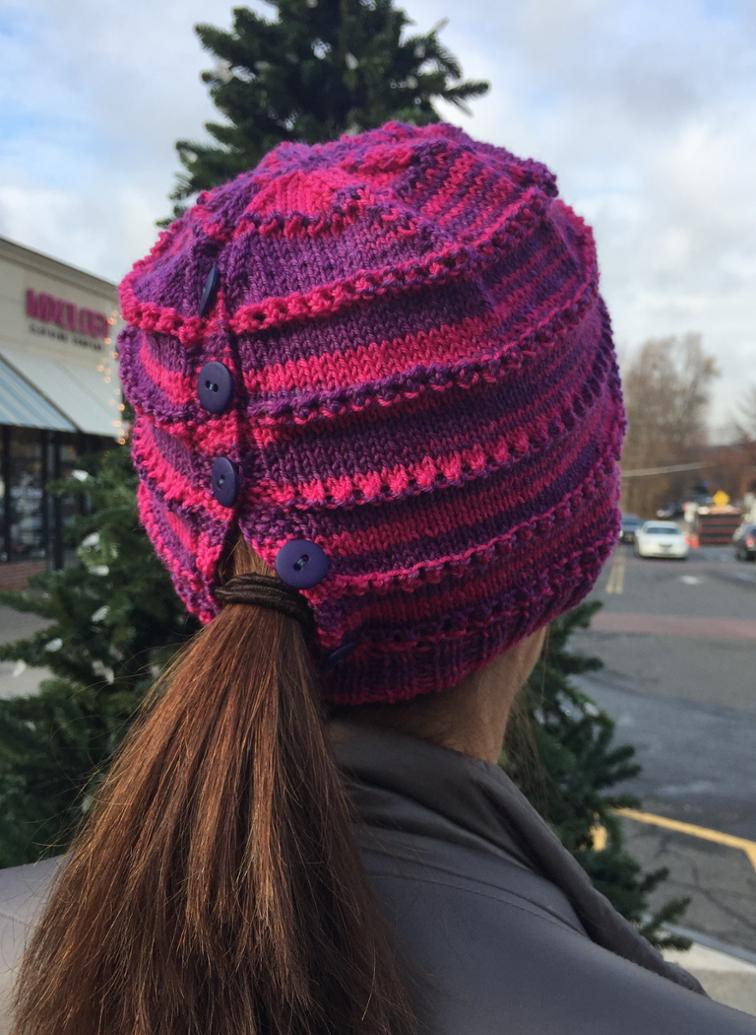 We love the buttons on this hat because they allow you to wear your ponytail either low or high. Plus, it’s easy to button the hat up around your ponytail instead of trying to squeeze it through an opening. Use a self-striping yarn or take advantage of your sock yarn stash. 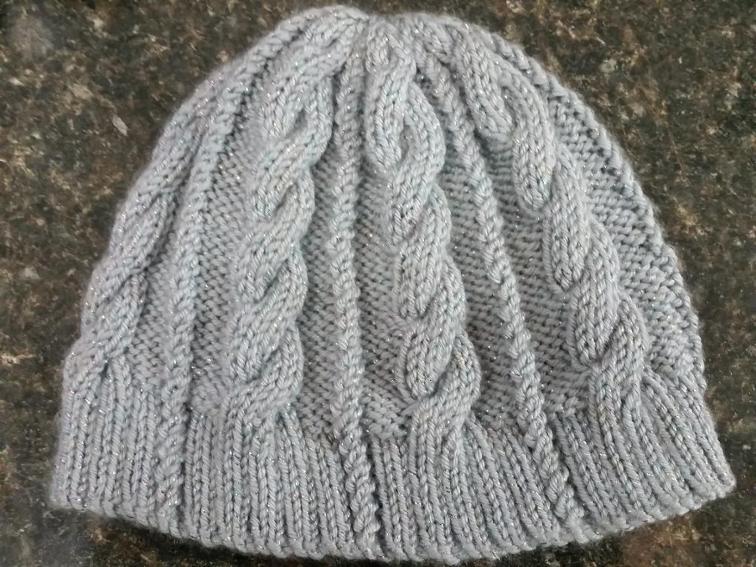 Practice those cables with this hat that has texture and a handy ponytail opening. The pattern also comes with instructions for infant and child sizes, so you can make one for everyone in the family. (Just omit the ponytail opening for family members who don’t have long hair.) 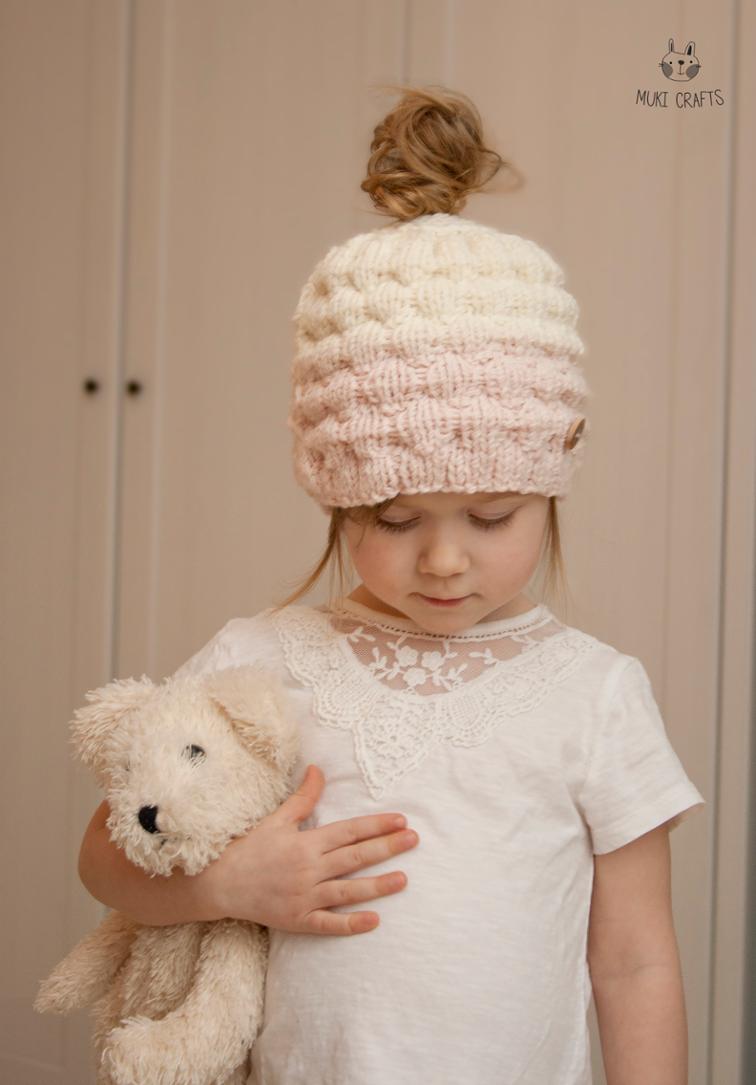 These hats are usually referred to as ponytail hats, but they also work great for buns. Knit this one up in a solid color, or follow the designer’s pattern for the ombré version pictured here. 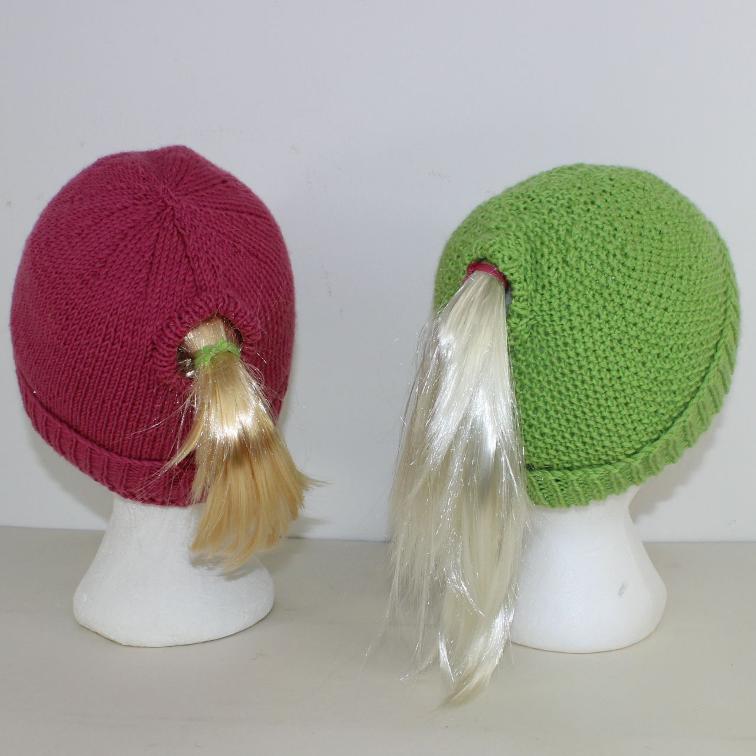 These beanie hats come in three different sizes and feature a ribbed ring around the ponytail opening that help you pull your ponytail through smoothly. The ring also helps avoid snags and tangles when you’re taking off the hat. 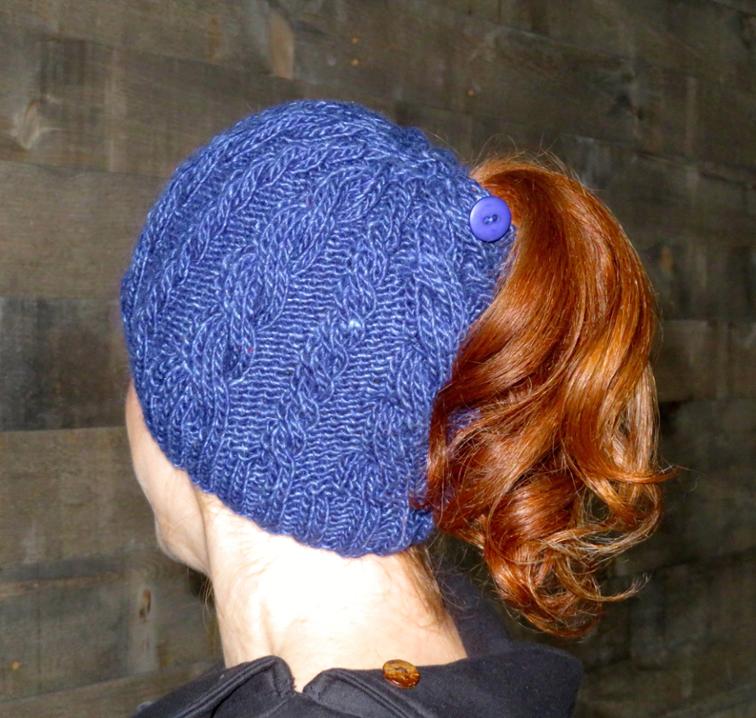 You’ll only need one skein of worsted-weight yarn for this hat, so it’s perfect for that odd skein you’ve been hanging onto. The buttons in the back allow for lots of different hairstyle options, from low ponytails to high buns.

What do you think of the ponytail hat trend? Would you wear one?