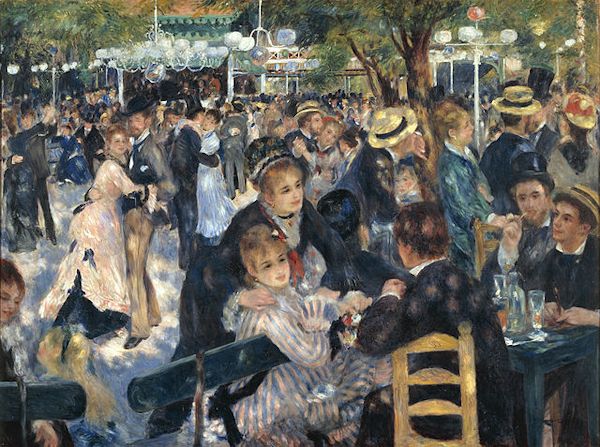 Rarely in art history has there been a group of artists that had so much influence on art as the impressionists did. They revolutionized the way of painting and led the way to the development of modern art.

Even though each impressionist artist did develop his own style and might have had a different style as well as different concerns and favorite subjects, there are core common ideas and techniques that apply to this type of painting.

Let’s take a look at the various impressionist techniques, and how you can incorporate them into your own work.

1. Play with light and color

Impressionist painters were all about feeling the essence of a scene they were painting. They wanted to paint it the way they were seeing in terms of color, paying much attention to the effects of light but not necessarily by recording all of the tiny details. See above how Renoir painted the effect of flickering light on an everyday scene with working class Parisians dancing in the neighborhood of Montmartre.

One way to reproduce a general impression of a landscape without getting lost in the details is to squint your eyes as you are painting. By doing so, you will see only the main shapes and colors of the scene.

Paying great attention to the light did have an effect on the colors used to paint shadows, before the impressionists, shadows were painted with neutral tones of gray or sepia added to the local color. The impressionists painted much more colored shadows, not shying away from using bright colors. When painting in an impressionistic style, pay attention to the subtlety of colors you can see, especially in the shadow areas. 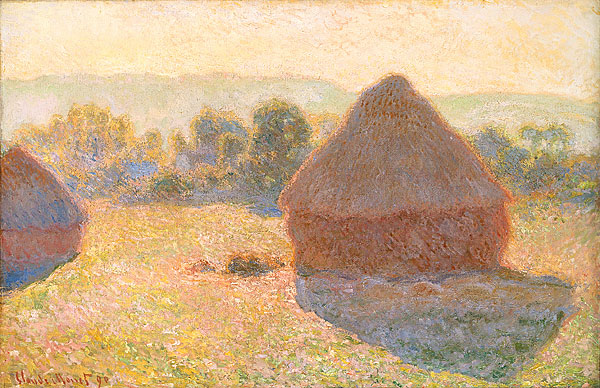 Many impressionistic paintings were landscapes painted en plein air, which was rendered possible by the invention of painting in tubes. This plein air painting was a way to record a quick accurate impression of a fleeting moment, so painting outside fast enough so that the lighting conditions are not changing too much is one way to get closer to an impressionistic style of painting. Sometimes a painting would take more than one session to paint and the artists were returning to the same location at the same time of day to try to reproduce the same conditions.

Claude Monet painted 25 versions of haystacks at different times of day while working on his piece Meules, Milieu du Jour. Notice how the shade of the haystack is painted with a mix of colors, including yellow, green, purple and orange. The colors are not painted flat and uniformly, but as a succession of little touches of bright colors.

Even though landscape is by far the most commonly chosen subject of impressionist paintings, some impressionist artist did also paint portraits, trying to get the same impression of spontaneity and freshness in the portraits as they did in the landscapes.

The impressionists were concerned with everyday life subjects rather than idealized versions of what they saw. 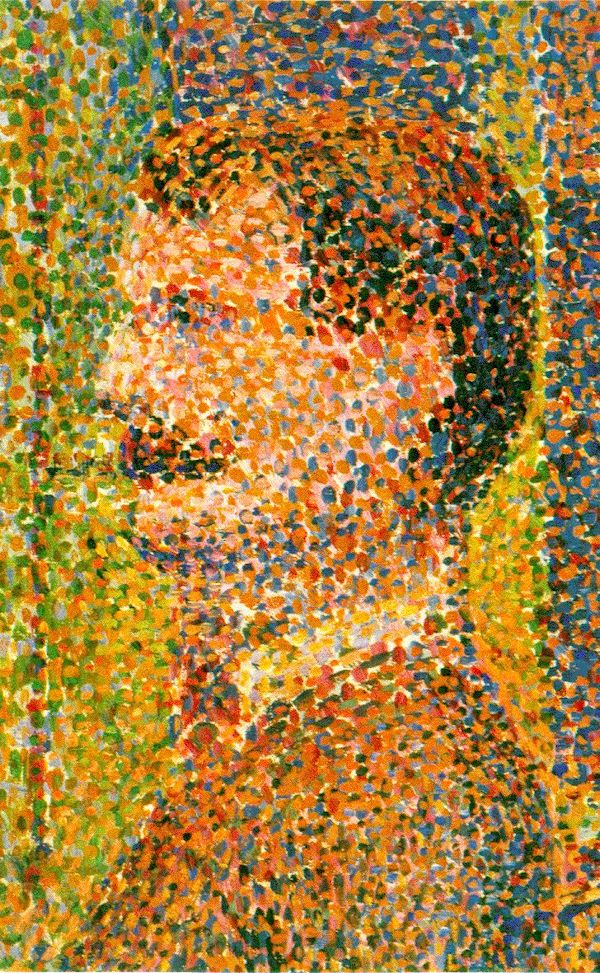 The fact that colors are not painted uniformly is one of the main characteristics of impressionist paintings. Before the impressionists, the colors were painted flat with subtle variations most of the time obtained by glazing techniques. The impressionists did introduce the technique of broken color, which means that a brown can have strokes of red, blue and yellow in it, but will appear brown from a distance.

In a way you are mixing colors on the canvas instead of mixing paints on your palette, painting strokes of pure unmixed colors. Taken to the extreme, that technique led some impressionists artists to pointillism, the most famous example of that would be Seurat. See the close up of the detail on his La Parade above. All of the tiny dots of colors are read as one color as they merge from a distance.

4. Experimenting with composition and cropping 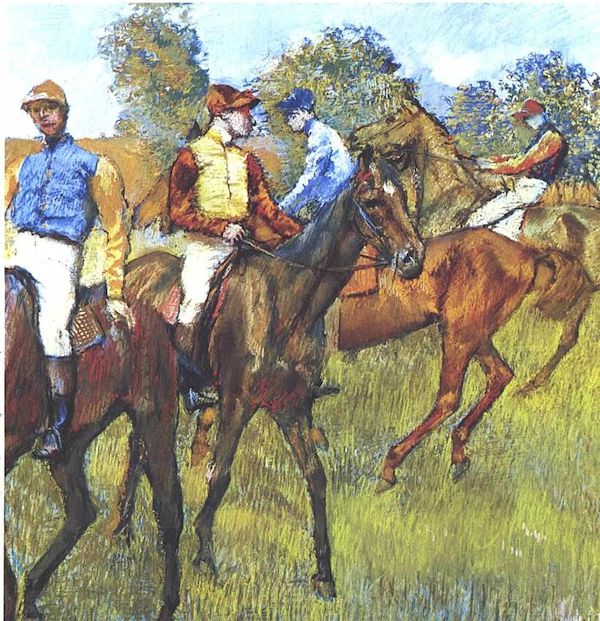 Before impressionism, composition was very traditional with various elements of a painting leading the eye to the focal point. The impressionists did experiment much more with composition, placing focal points in more unusual positions, and perhaps because they were contemporary to the development of photography, made great use of cropping elements on the sides of a painting, as Degas did in the above Rennpferde.

Unlock the methods of the masters with The Artful Copy: How to Paint Like a Master, a fun, fast-paced exploration of iconic artwork, taught by classically trained artist Molly Herman.

Which of these impressionist techniques is your favorite?