We have all seen it. In fact, we have probably all seen ourselves with it. Crazy, glowing, red, devilish eyes in a photograph. It only seems to happen when we use the flash on our cameras or cell phone cameras in dark environments. Why does it happen? How can we keep our subjects (and ourselves) from this terrible red eye affliction?

Read on to get my top tips for how to reduce red eye. 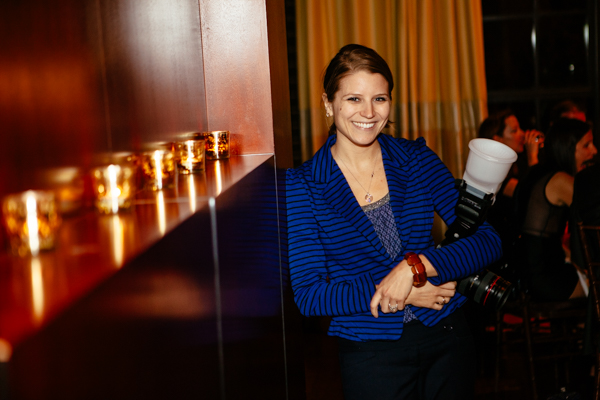 The reason why someone will appear to have red eyes in photography is pure science. This scenario almost always takes place in a very dark environment: at a party or a concert, outside at night, in a restaurant — somewhere that isn’t benefiting from natural light.

The dark environment causes two things. The first is for everyone’s eyes to be dilated, meaning the pupils (that black part in the center) are very large so that they can take as much light as possible. This is just like a camera aperture. Wider aperture equals more light. The second is that your camera needs a little help from the flash to accurately capture the subjects in a dark space.

When you fire your on camera flash, whether it is from your DSLR or your phone, the light from the flash goes in the very wide pupils of your subjects, reflects off the red connective tissue in the back of their eyes and into the camera lens. So the glowing red eyes are actually just a reflection from the pupils.

Most camera manufacturers, including cell phones, have figured out that red-eye is an issue when the flash is built so close to the lens. To get around this, oftentimes there is a pre-flash that (besides temporarily blinding you) causes pupils to get smaller in response to the bright light. Then the flash fires and reflects off of much smaller pupils than in otherwise would in a dark environment. It’s not a perfect solution, but it can take the red glow from marble size to pinpoint size, which goes a long way in making your subjects look less like aliens. 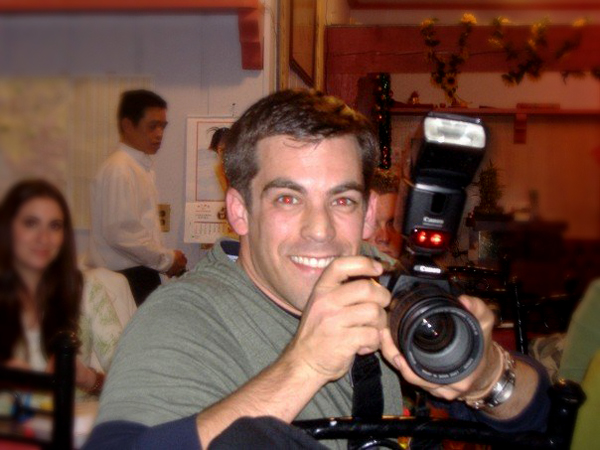 Red-eye reduction mode is nice and all, but doesn’t quite cut it for the professional. Here are a few other ways to further reduce or eliminate red eye.

Offsetting either your flash or the subject’s eye will eliminate the direct reflection. This means either take your flash off the camera (via wireless or wired triggers) so it comes into the frame at an angle instead of dead on. If your camera’s flash is unable to be moved, you can also angle the subjects eyes so they are not looking directly back at the flash. They can be looking off to one side or the other.

4.Use a longer lens.

Light falls off over distance, so if you increase the distance, you automatically reduce the amount of light that comes back to the lens.

Eliminating red eye can help take your photography to the next level. How do you make sure those glowing eyes never appear in your photos?