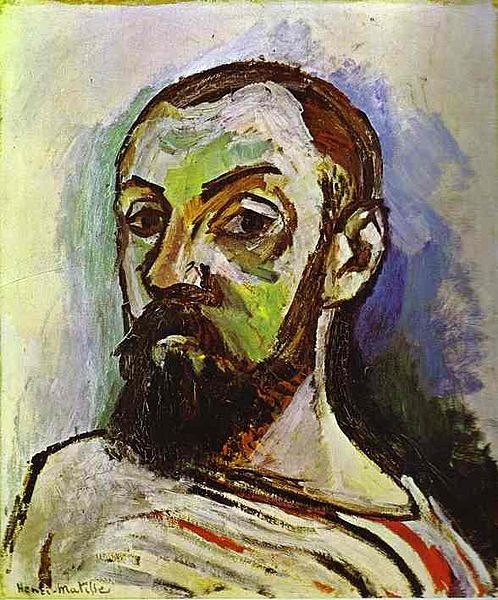 Fauvism means “wild beasts” in French and was first used by the art critic Louis Vauxcelles reacting to a room in the 1905 salon where a few fauvist artists had their paintings hung together around a more classical renaissance looking sculpture, he exclaimed:”Donatello au milieu des fauves!” (“Donatello among the wild beasts!”) Henri Matisse (1869-1954) and André Derain (1880-1954) are the most famous of the fauvists.

What are the main characteristics of the fauvist paintings? 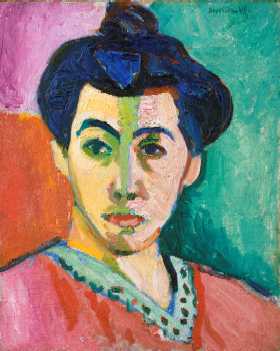 Most of the fauvist artists did make the move to the cubism style after 1908. Still, fauvism did introduce a new energy to the world of art, freeing color and style and making color an expressive element in its own right in painting. Henri Matisse’s style did evolve in time and he became later interested in large scale cut paper collages, a style that he kept exploring through the end of his life. The fauvists did have an influence on abstract expressionism, a movement originated in Germany (1905-1925).

Painting in the fauvism style

Here is an example of a portrait painted in the fauvism style. This is my interpretation of this style. While painting in acrylic, I tried to reproduce the main characteristics of fauvism. I am taking this as an experiment and must say it was quite freeing for me to work with a non-detailed drawing and bold brushstrokes, as I am usually quite focused on details in my paintings. 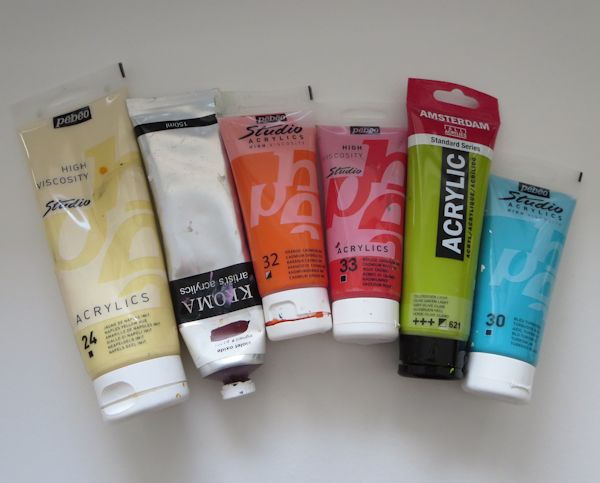 I used a few bright colored acrylic paints and a Naples yellow for the light areas. For the bright and vibrant colors, I used a violet oxide, orange cadmium, cadmium red, olive green light and a turquoise blue. As you can see, I am not trying to pick up colors that would be considered natural for the rendition of skin color. I painted on Canson watercolor paper with a stiff acrylic brush. 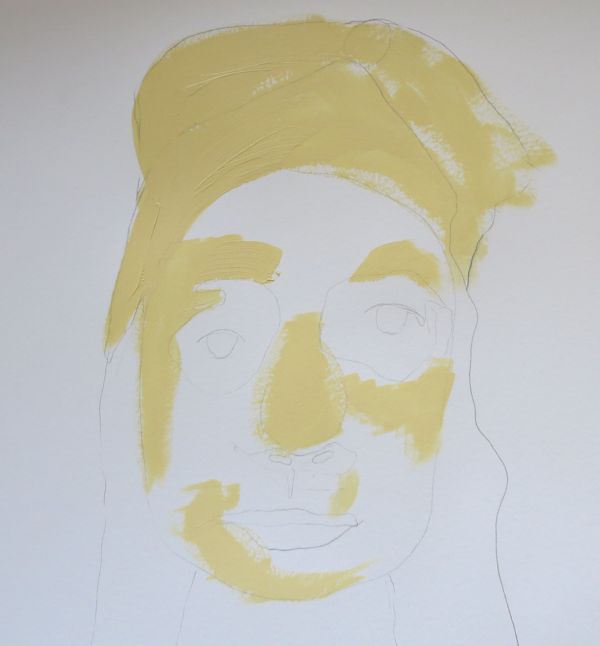 I started with a very loose drawing, outlining only a few shapes on the face. I did add a bit of deformation to stay away from a realistic portrait. The idea here is to be impulsive and to use bold brushstrokes. 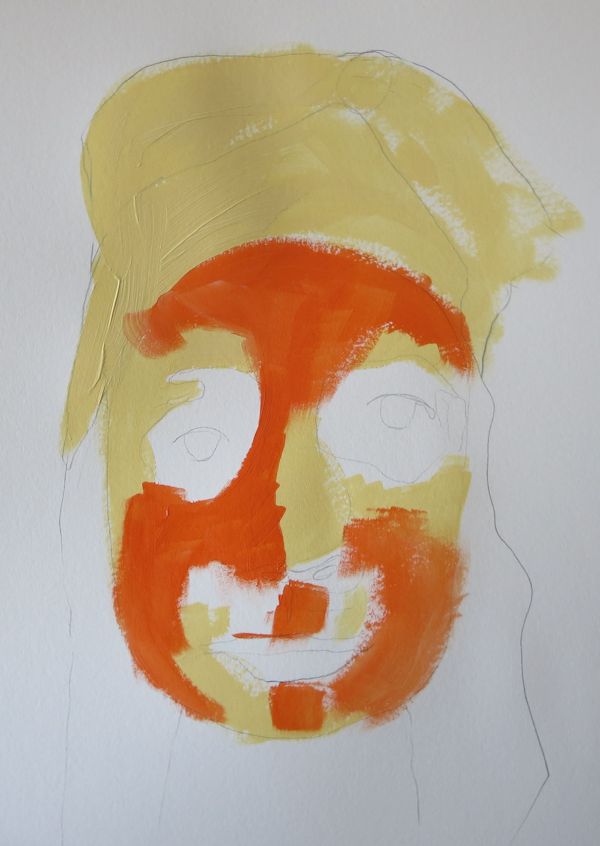 I am adding colors, going from light to dark and leaving some areas of the paper unpainted, like in the yellow area of the hat, so the paint is not entirely covering the paper. I am using a stiff brush and am painting in a very rough manner, not trying to blend any color or to make soft transitions. 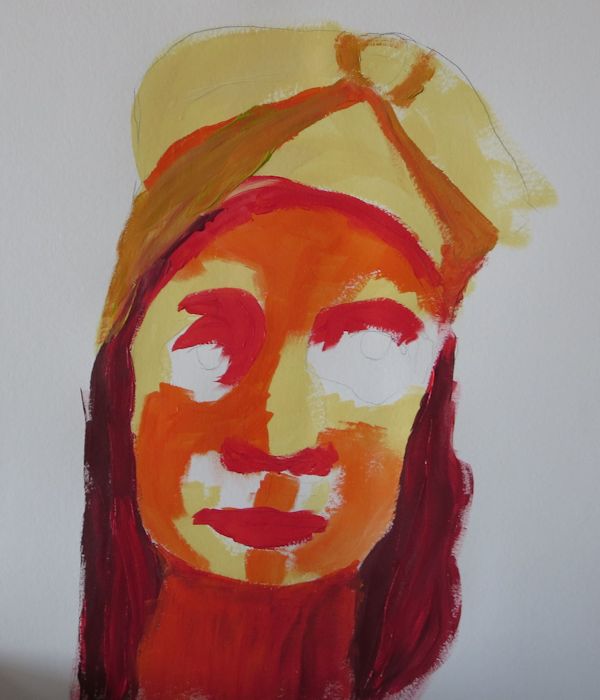 I keep on adding big patches of paint, very roughly, just describing the main areas of light and shade without any attempt at 3-D rendering of the face. 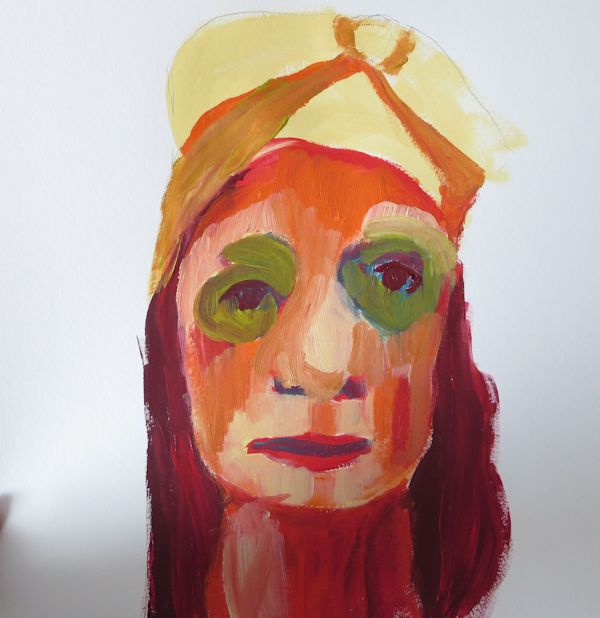 Here, I introduce some cold colors in the shade area around the eyes and am defining some shapes, like the eyes, the nostrils and the center of the mouth, with a dark outline. 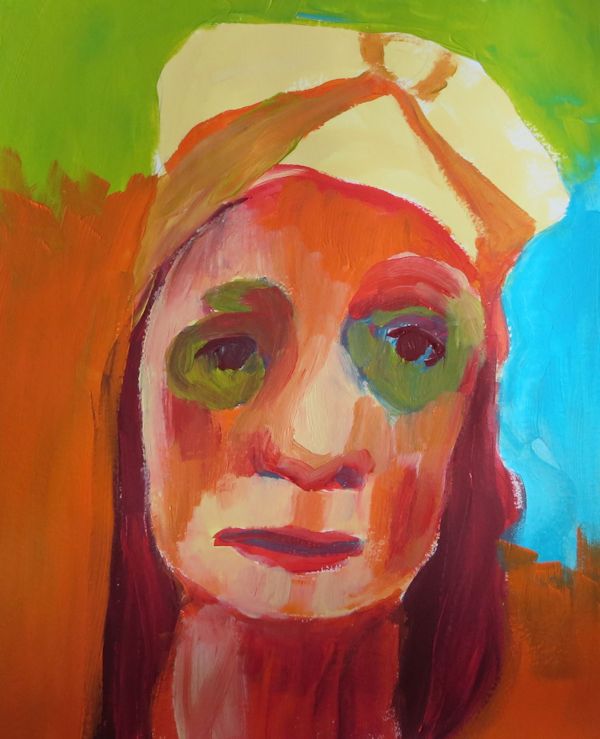 I keep adding more colors and start working on the background, alternating areas of cold and warm colors, using bold brushstrokes with no blending. I didn’t leave any unpainted area so there isn’t much white left on the painting except some tiny areas of the paper showing through. 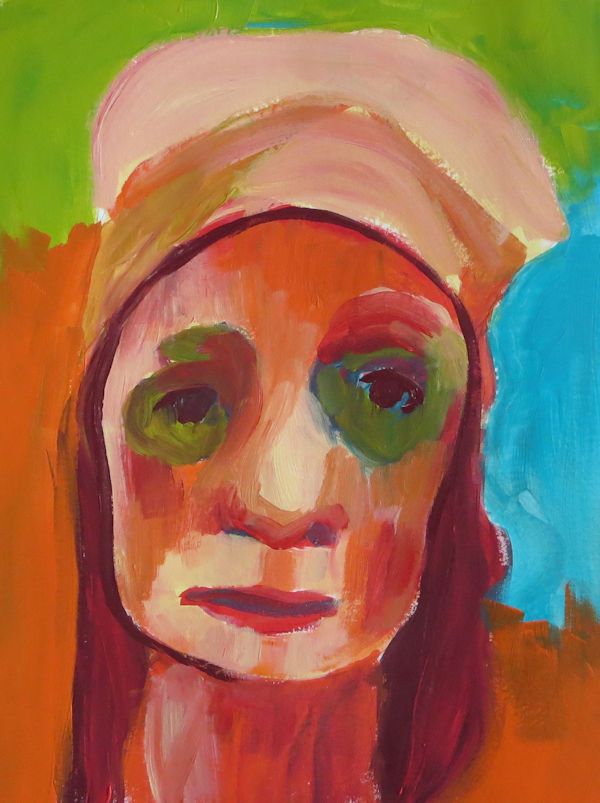 This is the finished painting, I left some areas very rough on purpose, the background, in particular, has been kept really simple.

Have you tried before to paint in the Fauvism style?