Upgrading your tacos by making homemade taco shells is a fantastic way to flaunt your food and cooking know-how. The entire process takes less than half an hour, and the cost is minimal. Considering how highly superior the result is to commercially prepared versions, you may never buy taco shells again. 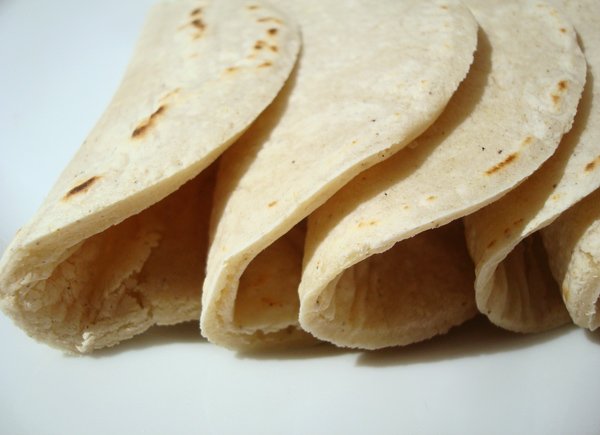 These toasty flatbreads are easier and quicker to make than homemade artisan bread, but offer a similar sense of accomplishment. This is, bar none, the easiest way to upgrade your tacos from fast fare to gourmet meal. It couldn’t be simpler. Basically, you make a batch of small homemade corn tortillas, then either leave them soft or bake them crunchy, depending on your texture preference.

But enough talk. Let’s get griddlin’.

How to make homemade taco shells

Adapted from a Rick Bayless recipe. 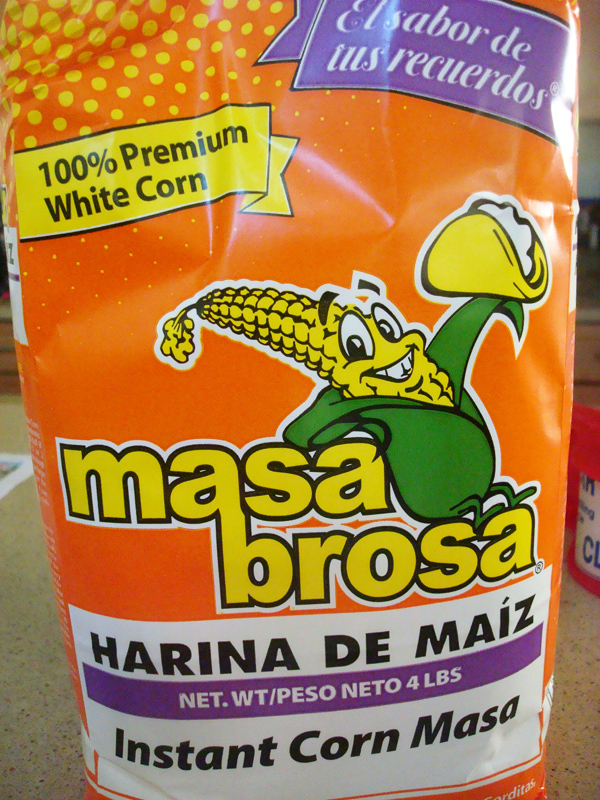 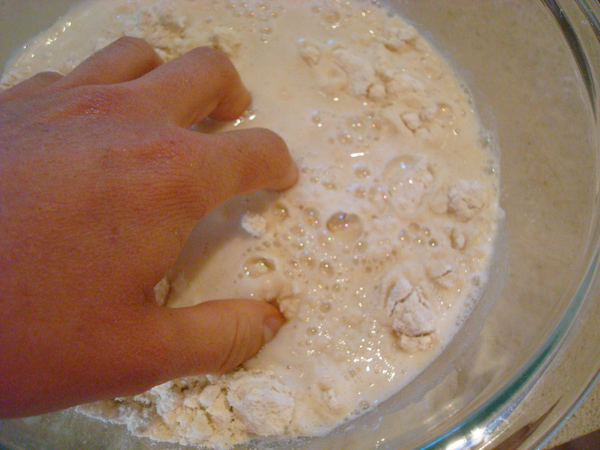 Place the harina into a large bowl. Since you’ll be kneading it, there’s no need to sift. Add 1 cup of hot water from the tap (if you don’t trust tap water where you live, heat water to the point where it is hot, but not so hot that it will hurt your hand if you touch it).

Combine the harina and water, mixing with your impeccably clean hands until the water is fully combined with the harina. It should be able to come together into a ball with minimal crumbling. If it is too crumbly, add up to 2 tablespoons more water.

Cover with plastic, and let sit for 15 minutes.

Now, remove the plastic from the dough and feel it. Is it crumbly? It may have slightly dried out during this resting period, so you can add water, 1 teaspoon at a time, until it is the consistency of playdough: soft, crumbly on the edges, but mostly cohesive. Although it sort of looks like it, this is softer than pie crust dough. 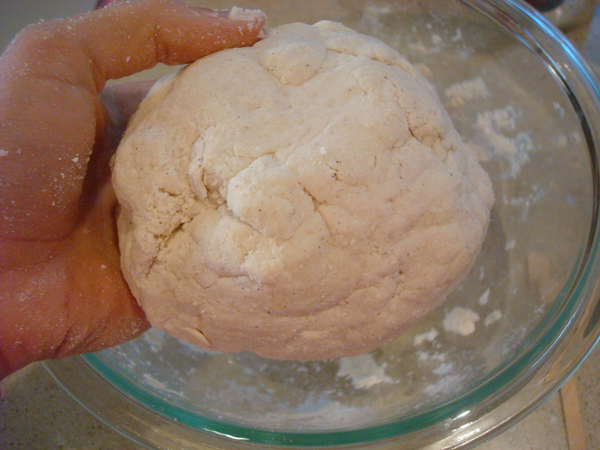 Divide the dough into sixteen equal parts. Divide it in half, then the halve in half (4 pieces), dividing until you have 16 equal parts. Roll each lump of dough into a small ball. 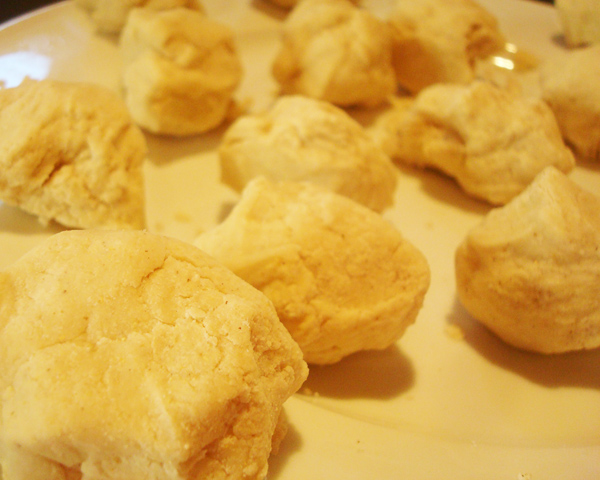 Assuming that most do not have a tortilla press handy, you can flatten the dough by placing a sheet of parchment paper on a work surface. Place a ball of dough on top, and then cover with a sheet of plastic wrap. 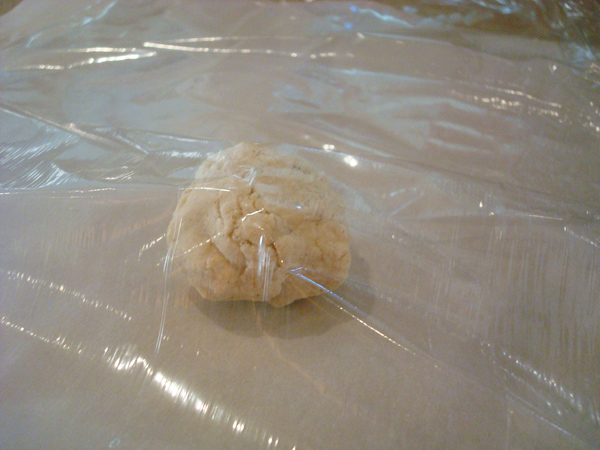 Using a rolling pin over the plastic wrap, roll the dough first one way and then the other until you’ve formed an approximately 1/8″ round. 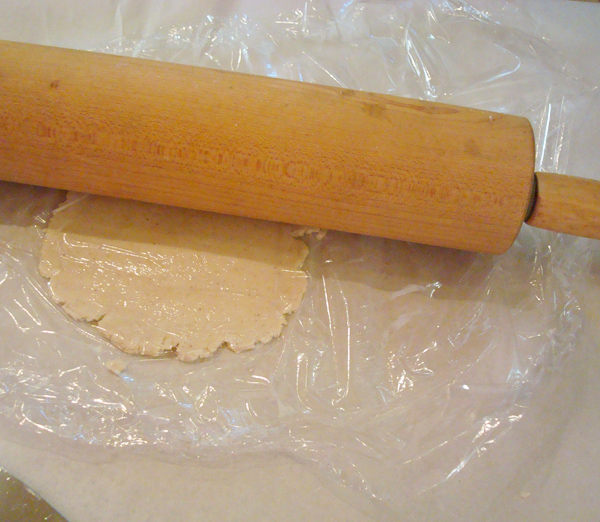 The edges will likely be ragged. You can either cut them by hand using a knife, or use a 3″ round cutter, the rim of a small bowl, or wide-mouth mason jar seal to cut into perfect circles. 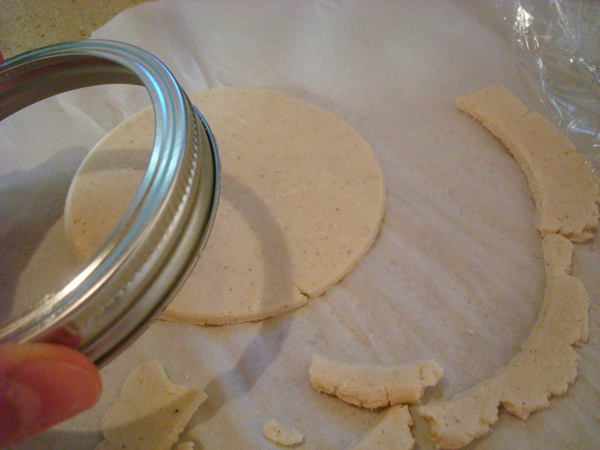 Now, heat up a skillet over medium-high heat. Place the first tortilla on the warmed skillet. After it begins to lightly puff, flip it (this will be a minute or less). It should have a dull, slightly textured appearance. Flip, and cook the second side. 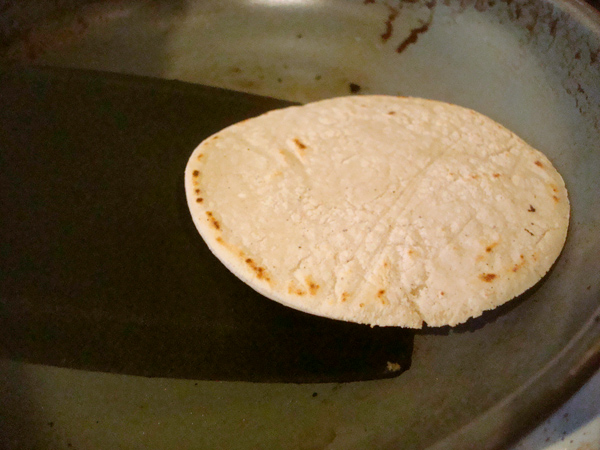 Now, make your decision. Do you want soft taco shells, or crispy ones? If you want soft shells, simply remove the finished tortilla from the skillet and transfer to a plate. Stack the rest right on top. You’re done. 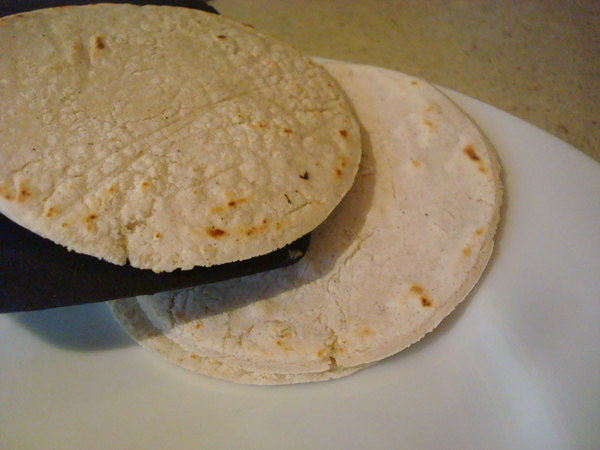 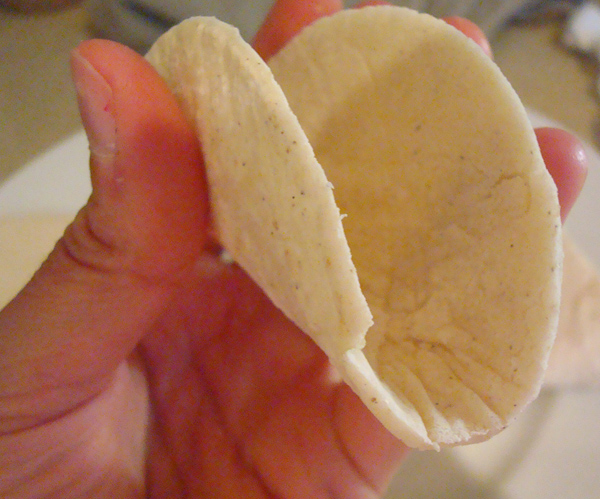 Remove the tortilla from the skillet and lightly form it with your hands to form a taco shape.

Right after heating is the time to do it, as it will firm as it cools and could crack when you lightly fold it. Don’t let this happen! 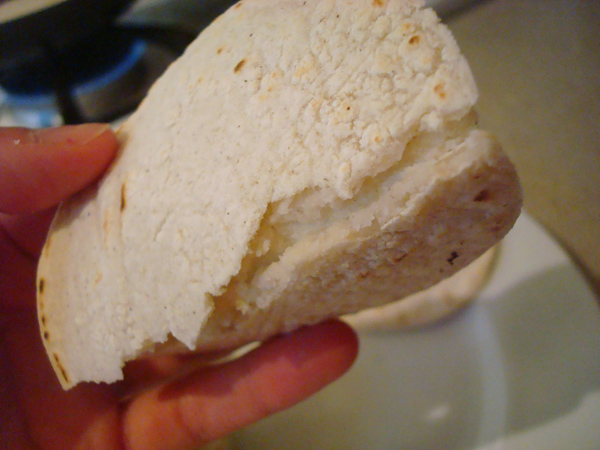 Place a small piece of scrunched-up aluminum foil in the center, so that it will keep its shape.

Repeat with the remaining tacos. You can place remaining shells right behind the first one, using the shape of the previous one made to help the new one hold its shape, so you only need that one piece of foil. 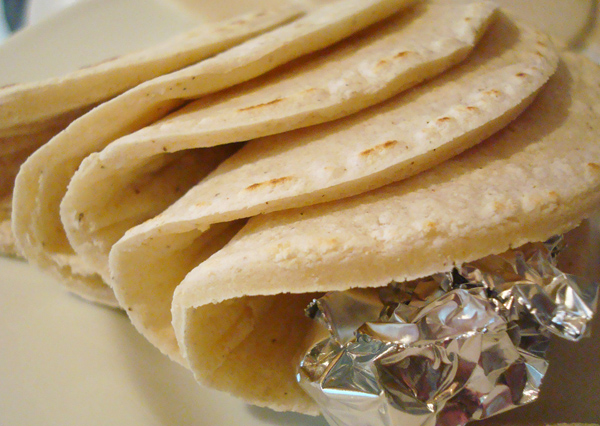 These shells will become firm, but they’re not yet crispy. If you want them extra crispy, place the shells side by side (but not touching) on a baking sheet and toast in a 350 degree F oven for about 5 minutes, or until they’ve become as crispy as you’d like.

Fill them with seasoned ground beef and some cheese and other tasty toppings, or maybe get creative and fill them with unexpected fillings, such as tender braised meats or even seasonal veggies, such as pumpkin!

You may also enjoy our post on how to make chapati.

Which type of taco shell do you prefer: soft, or crispy?