Sure, you can buy piping, but it’s one of those things that’s easy enough to make yourself. And by making it yourself, you can customize it to your heart’s desire, which can really elevate the project you are attaching the piping to. 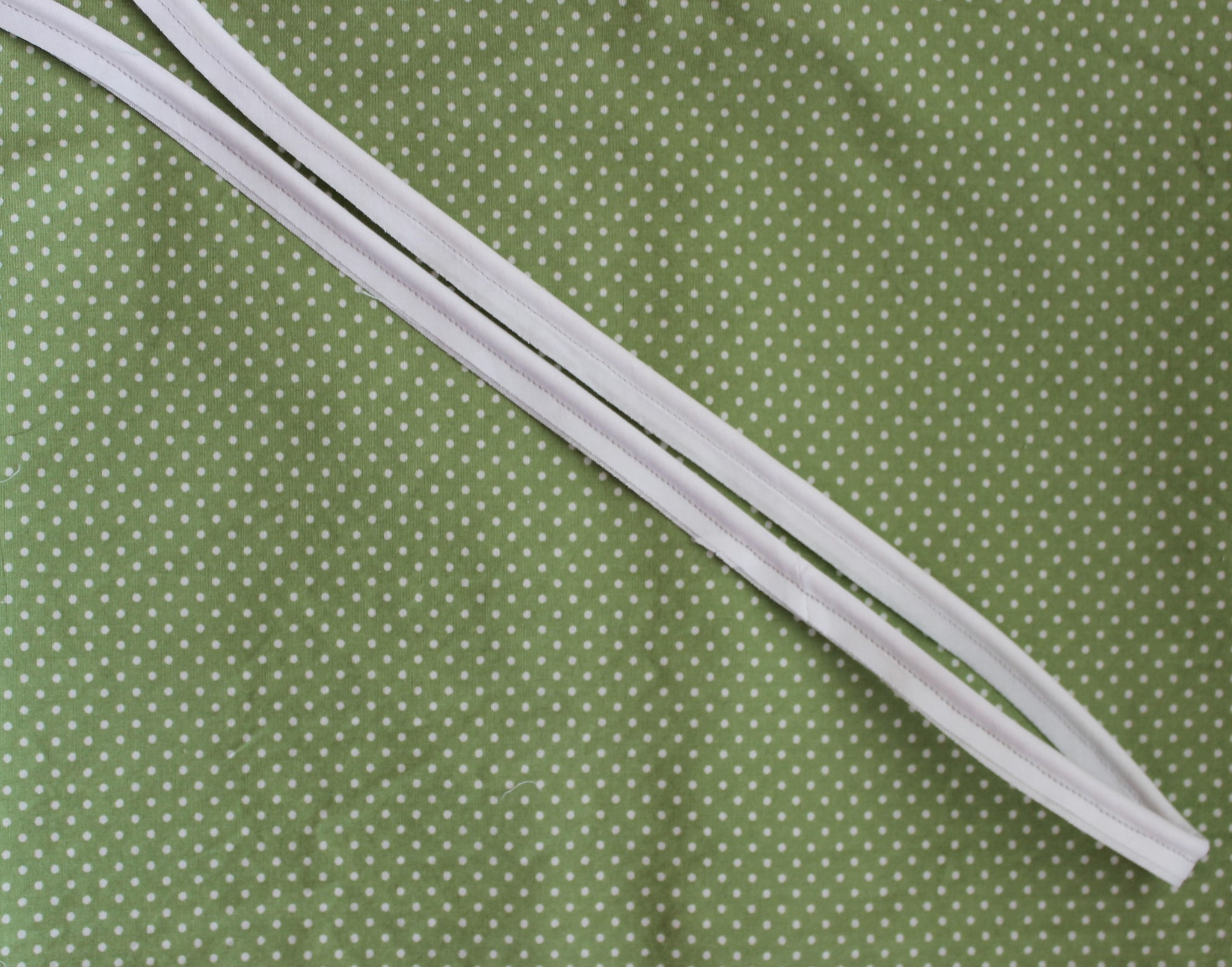 This tutorial will show you how to make piping with a seam allowance, so it easily be added to garments or home decor projects (like pillows!)

Step 1: To begin, you’ll need bias tape equal in length to how much piping you need. You can either use pre-made bias tape or get extra fancy and make your own. I highly recommend making your own if you have the inclination, that way you can use fabric in a small stripe or print. It will add a nice contrast to your garment.

Cording comes in various widths, so you can choose based on how much of a focal point you want the piping to be. For this tutorial I used 1/8” piping.

Step 2: To assemble the piping, lay your bias tape right-side down. If you are using store-bought bias tape, you’ll need to iron the folds out. Center the cording in the middle of the tape.

Step 3: Using the zipper foot attachment, sew down the length of your piping, getting as close to the cording as possible. You might find it useful to baste the short ends of the cording to the bias tape before you begin sewing to avoid pulling the cording out as you go along.

That’s it! You now know how to make piping.

There is such a thing as a piping foot, but I’ve never used one so I can’t comment on if it makes the process easier or not. Regardless, your zipper foot should do the job just fine.

Have you made piping before? What did you attach it to? Let me know in the comments!

Looking for a new sewing project to add piping to? The Carefree Fly-Front Coat or the Sassy Librarian Blouse would look great with some piping detail!