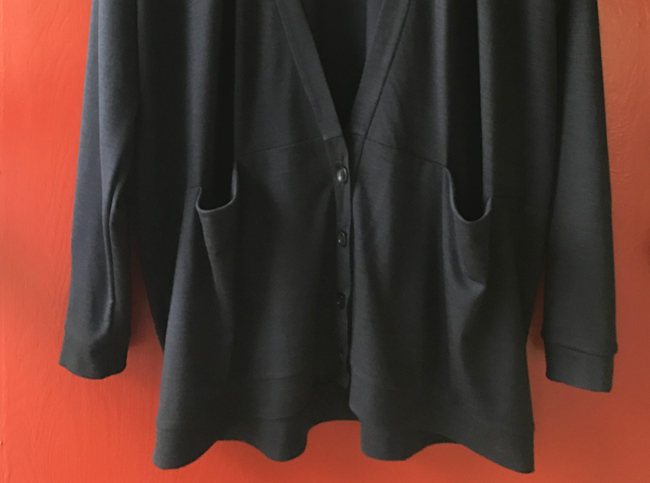 When you think about sewing your own wardrobe, certain items come to mind that seem instantly achievable, like dresses, tops and skirts. But sweaters may seem like something you should knit instead of sew. Of course, this isn’t true — you can sew up just about anything that you can knit, including a cardigan! 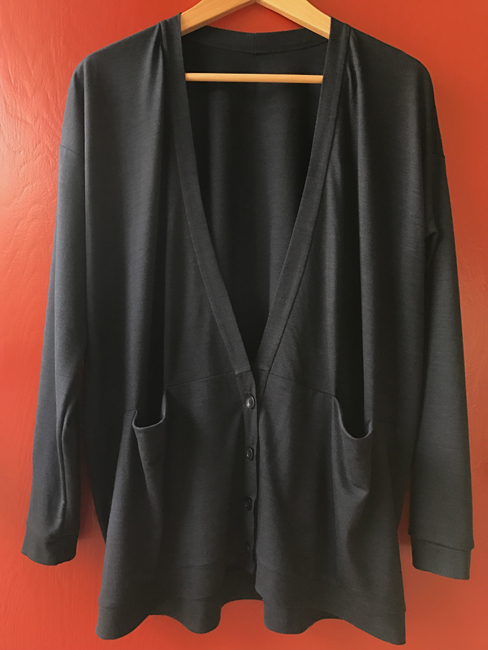 One of my favorite things to wear as a layer is a cardigan, so I’ll take you step by step on how to sew my favorite cardigan pattern.

Step 1: Get the right needles 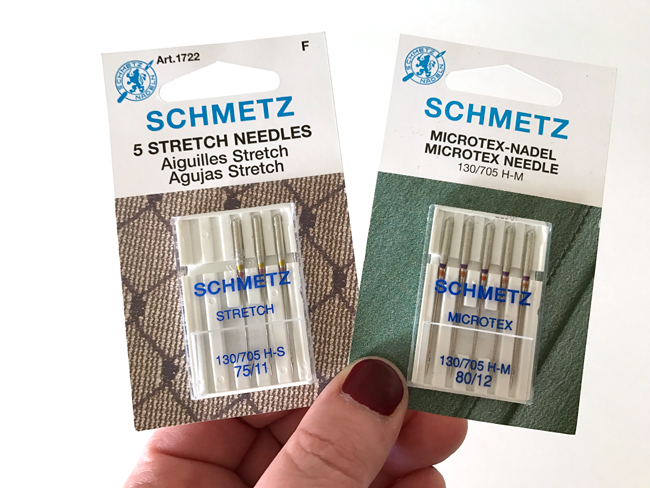 The stretch or ball point tip is slightly rounded, so it glides between the fibers instead of breaking them. Stretch is best for synthetic fabrics, like scuba or spandex, and ball point needles are best for natural fibers, like wool or cotton knits. 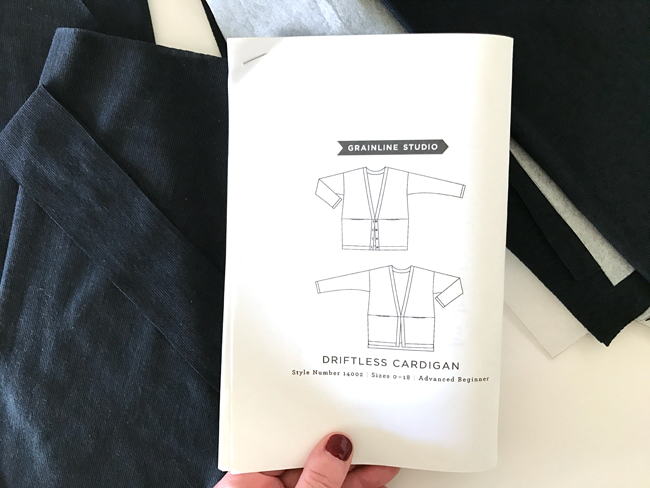 My favorite cardigan pattern is the Driftless Cardigan by Grainline Patterns. It’s modern and minimal, so it goes with everything, but it also has some visual interest with some beautifully hidden pockets. I’m using this beginner-friendly pattern for the tutorial, though some of the steps will apply to other patterns, too.

For the fabric, I picked a gorgeous lightweight merino wool knit from The Fabric Store. The fabric is warm but lightweight and drapey. Here’s some more information about choosing the right fabric for your cardigan.

Step 3: Choose your size and cut the pattern pieces

Next up, select the right size (read more about that here), and cut out each of the pattern pieces. Then, let’s get sewing! 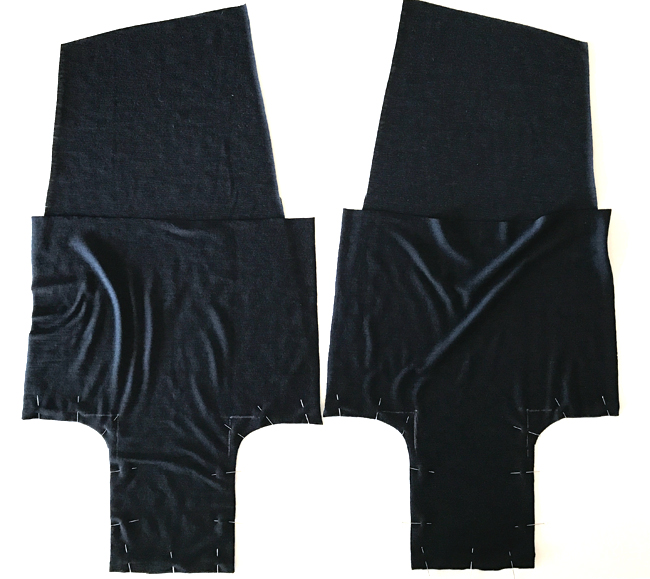 First, we’ll create the invisible pockets. Place the lower portion of the front on top of the upper front pieces, right sides together.

You’ll create an angle at the rounded corners. I highly suggest drawing in your stitching line at the corners with a water-soluble marking tool (see the photo below) on the wrong side of the fabric. 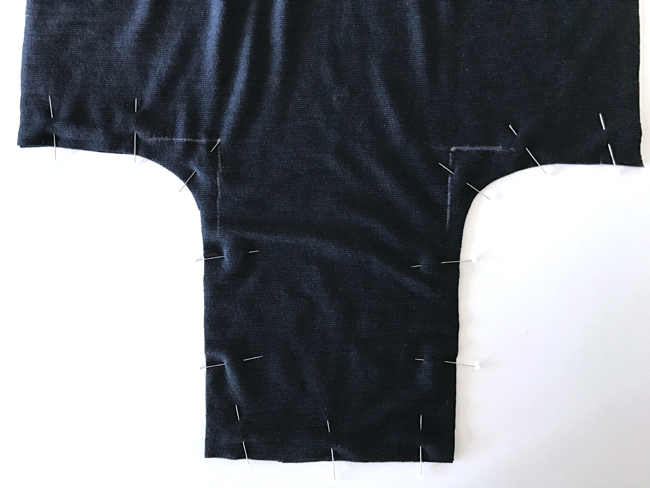 Sew from one side to the corner, pivot and sew down to the bottom of the pocket. Then sew across the bottom. Repeat on the other side of the pocket until you have sewn to the opposite edge.

Repeat this on the other front side piece so you have a matching pair. If you like, you can finish the edges with a serger. 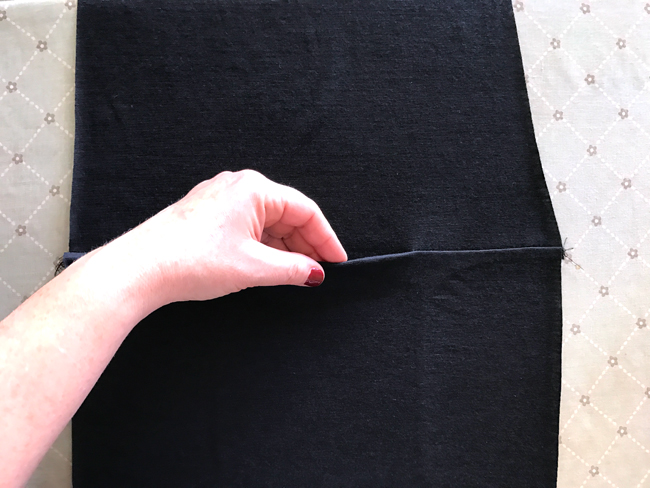 Fold the lower front piece down, and you will see your hidden pocket is now in the seam! Press this seam and the top of the pocket.

Step 5: Sew the back 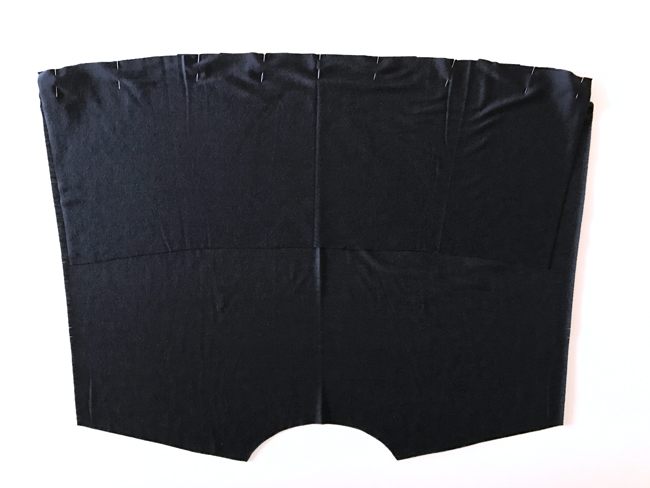 To create the back, simply place the upper and lower back pieces together, right sides facing. Sew along this seam and press. 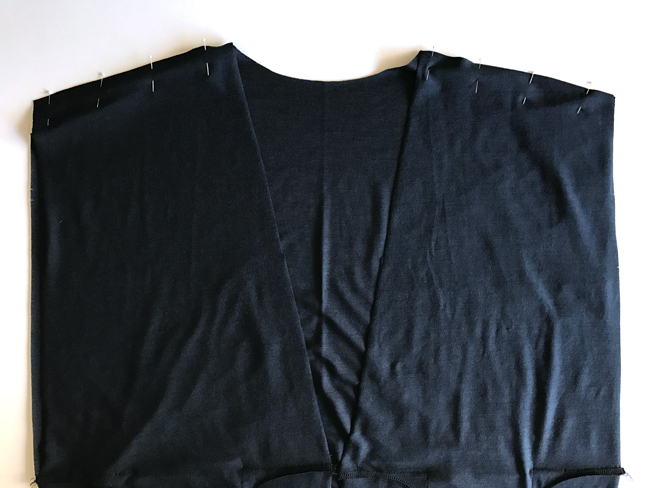 Place the front and back pieces together, right sides facing. Pin and sew along the shoulders. Note: I always suggest sewing both sides in the same direction, either both toward the center, or both away from center. Press both seams after sewing. 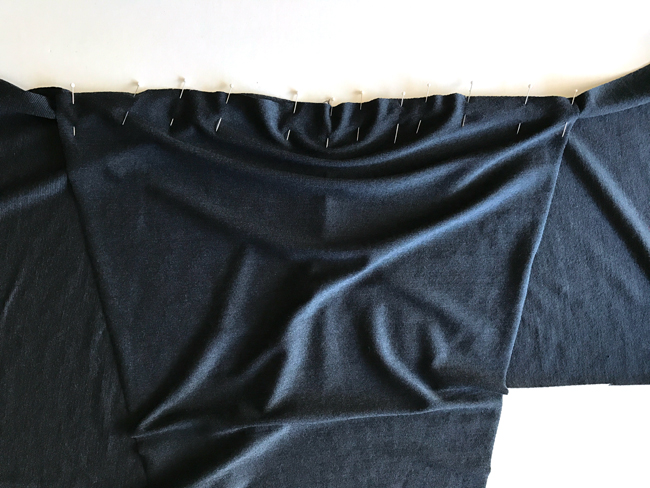 Open up the cardigan so the right side of the front and back are facing up. Place one of the sleeves on top of the cardigan, right side down. Find the notches on the sleeve, line up the pieces and pin. Once pinned in place, sew the sleeves to the cardigan. Repeat on the other side so both sleeves are attached. 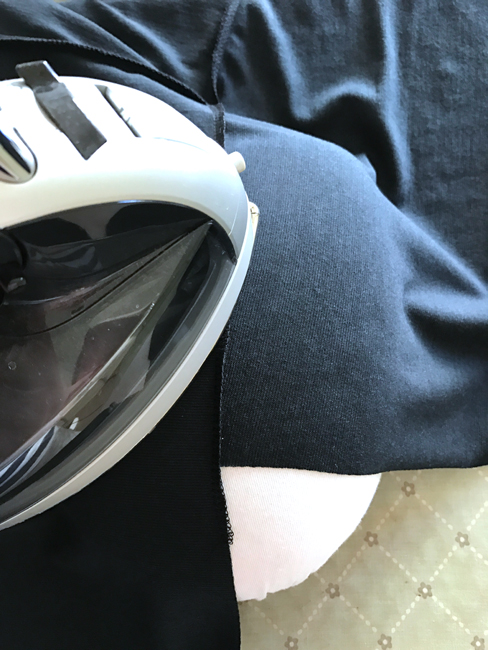 Press the seam allowance toward the sleeve. This is key for the next step, so that the underarm seam area can be sewn smoothly.

Step 8: Sew the side seams 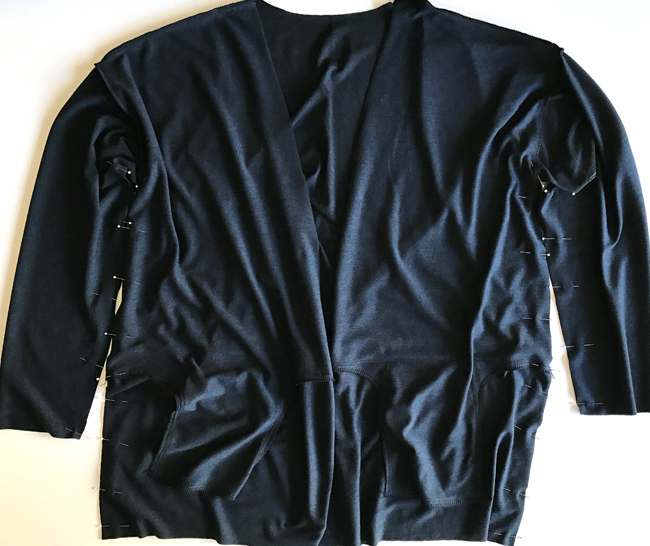 Lay the cardigan as it will look when finished, but with the wrong side out. Pin along the side seams, from the hem of the sleeves to the hem of the cardigan. Sew along each side and press the seam. It might appear as if there’s a huge curve under the arm, but this will straighten as you sew and it will become a straight line.

Step 9: Create and sew the cuffs 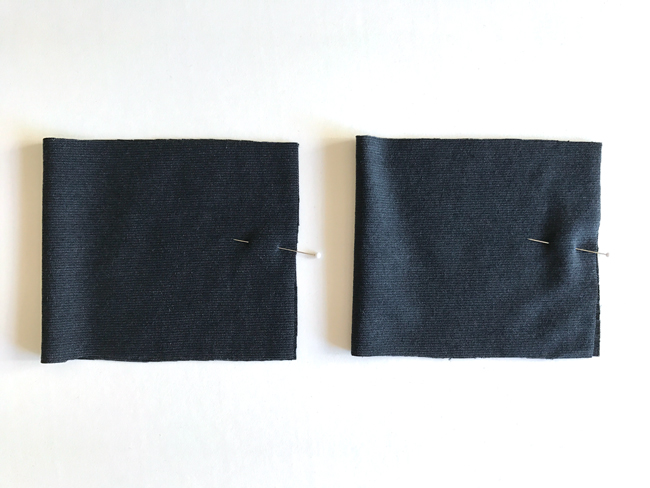 Fold the cuff pieces in half, right sides together. Sew along the edge opposite the fold. 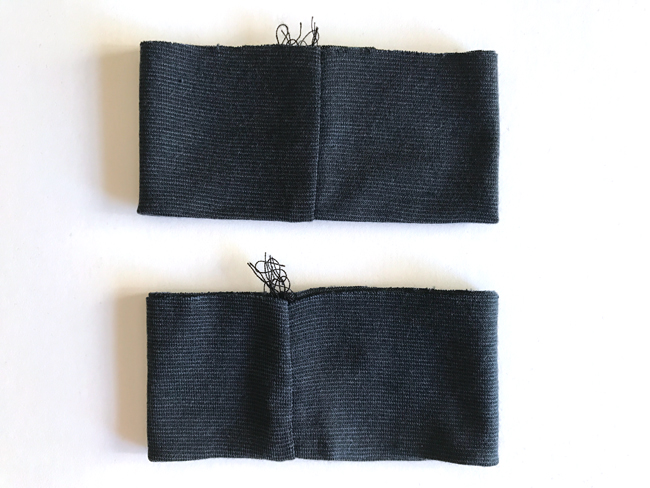 Press the seam allowance, then fold the cuffs in half, wrong sides facing, and press the fold. You should have a matching pair like pictured above. 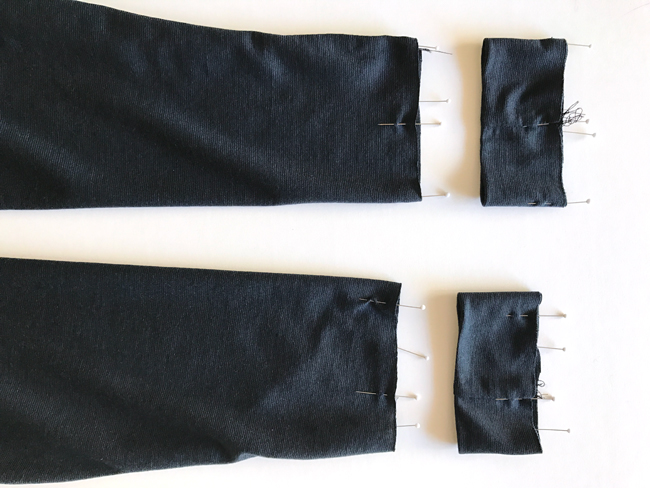 To match the cuffs with the sleeves, divide each into quarters. Start with the seam and find the spot directly opposite from the seam and mark it with a pin. Then find the half way point on either side so you have four equally marked sections. Repeat this on both cuffs and both sleeve hems. 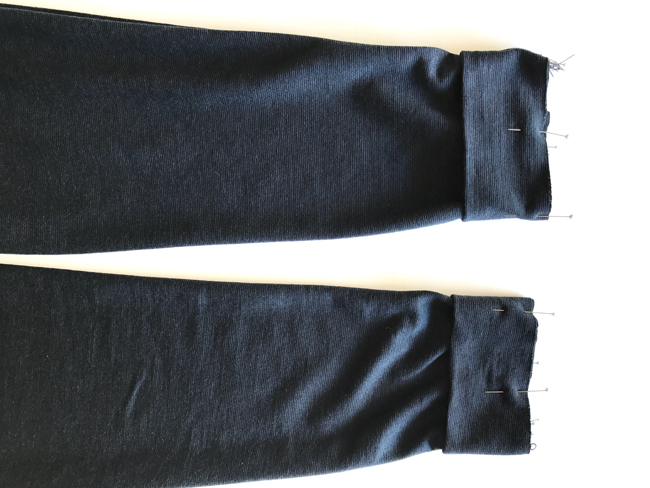 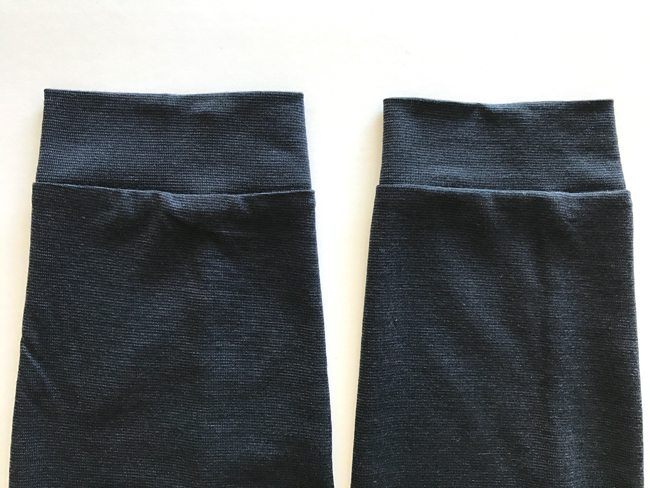 Sew around the cuffs so they are attached to the sleeve hem. Stretch as needed as you sew around, but do not over stretch. There should only be a little bit to pull to ensure they fit. Press the seam allowance. 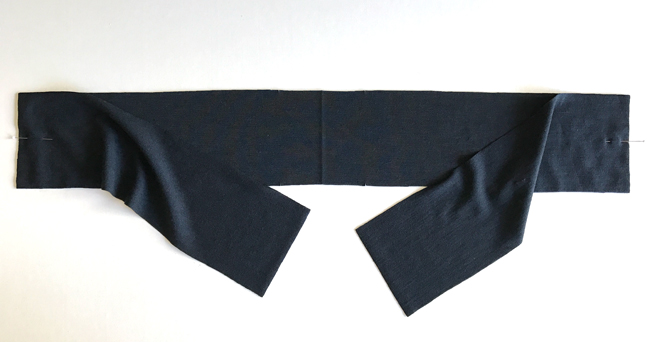 Place the two band front pieces on top of the band back piece, right sides together. Sew along the short edges and press the seam. 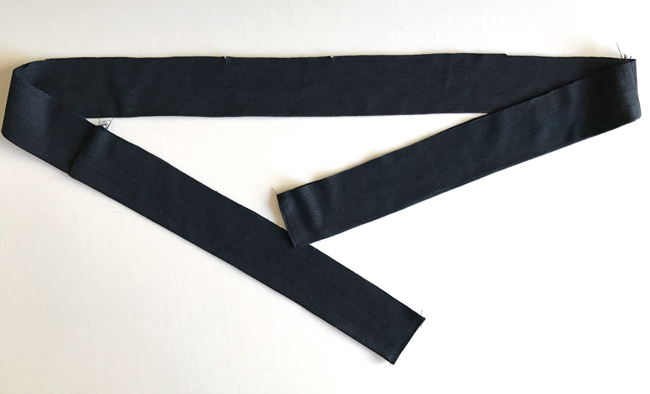 Fold the entire band in half, wrong sides together, and press along the fold. Baste the short ends together inside the ¼” seam allowance. This will help keep everything together later on. 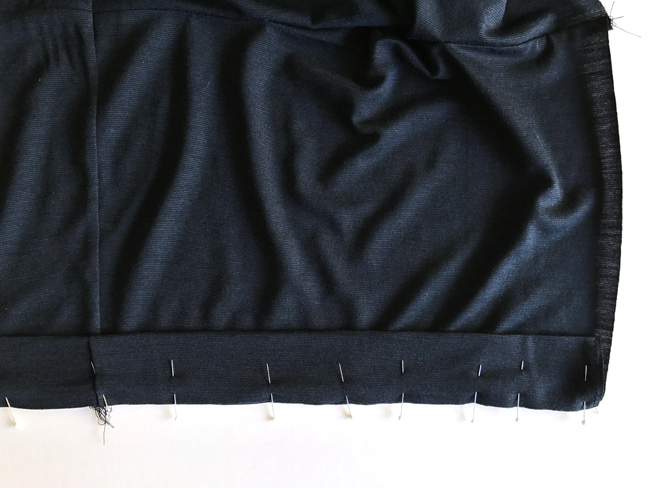 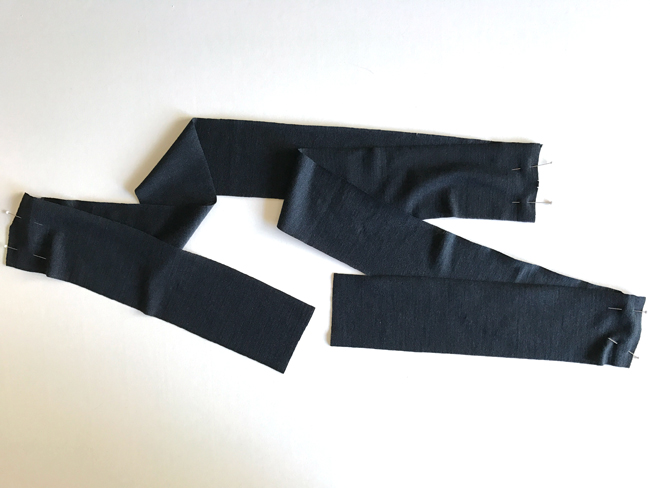 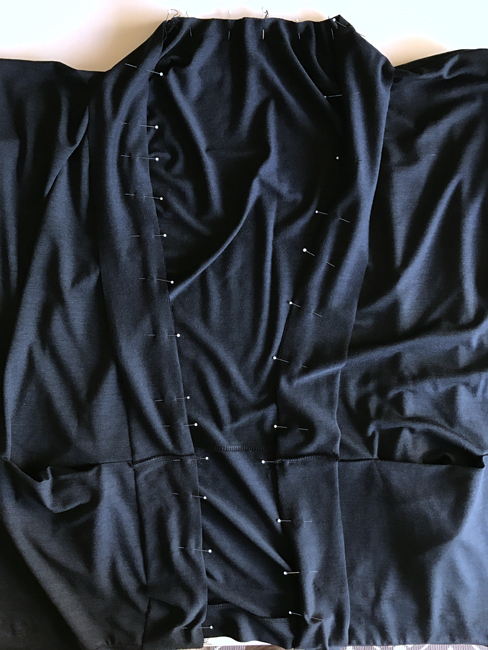 Line up the band on the cardigan front opening, matching notches and seams. Note that the band will extend below the front hem by ¼”. Sew in place all the way around the opening. Press the seam allowance toward the band after sewing. 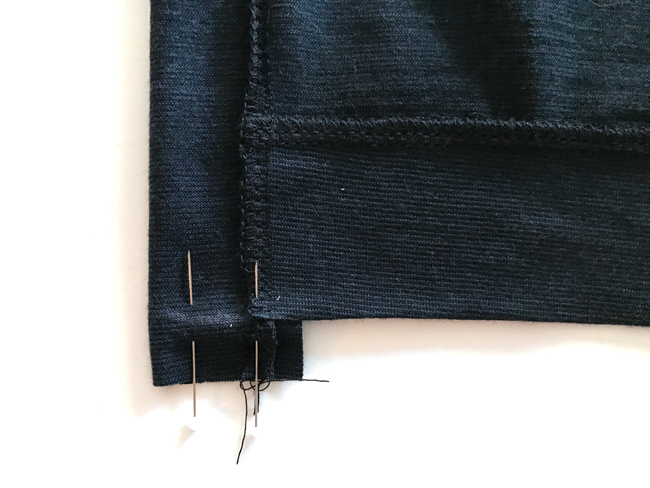 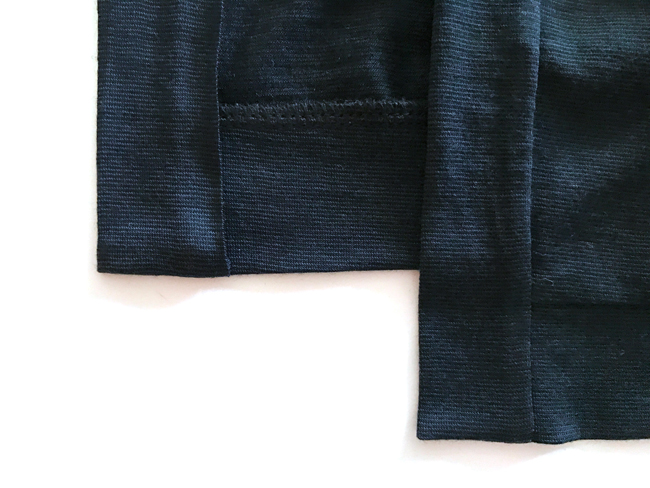 Trim the corners off the bottom of the band, and turn it right side out, flipping it to the inside of the band. Pin the band in place all the way around the front opening and sew in place. You can either hand sew the band to the seam allowance, or you can stitch in the ditch and secure the band to the front at the same time. Either work perfectly! 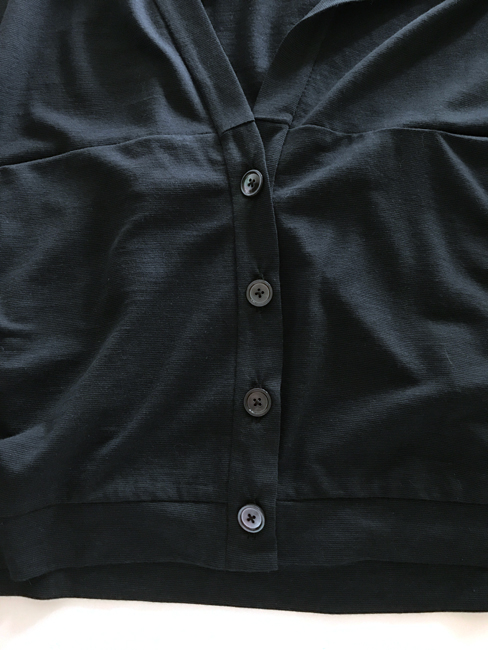 This step is entirely optional, but if you want to close up your cardigan at any point, you might prefer to sew on some buttons. Practice a couple of times on scrap fabric, especially if you’ve never sewn buttonholes in knit before. Once you feel confident, simply follow the markings on the pattern to mark and sew your buttons in place.

And that’s it! Once you make one up, you will likely be hooked, because cardigans are so fun and easy to create.