How do you avoid shaking while cake decorating? After all, even the steadiest of hands may have trouble piping on the uneven or rounded surfaces that so often characterize fancy decorated cakes, resulting in shaky lines when you’re piping borders, scrolls, or any number of other piped motifs. But how to prevent the dreaded shake? 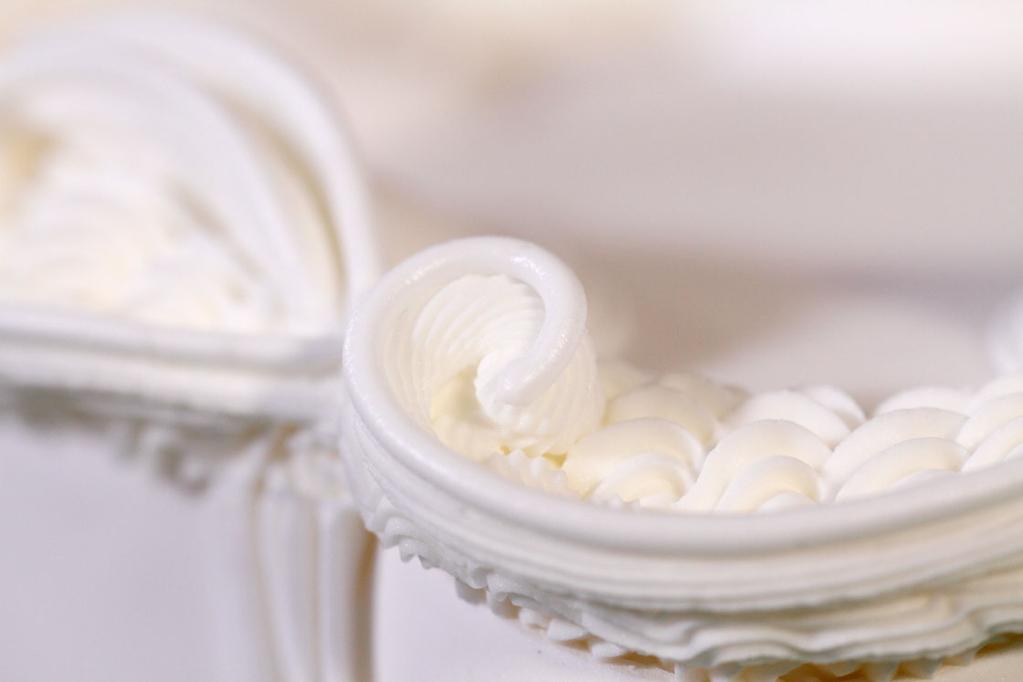 Here are some tips and ideas from a variety of professionals in the cake decorating field, including bakery owners and professional cake decorators, with suggestions to help you keep a steady hand. 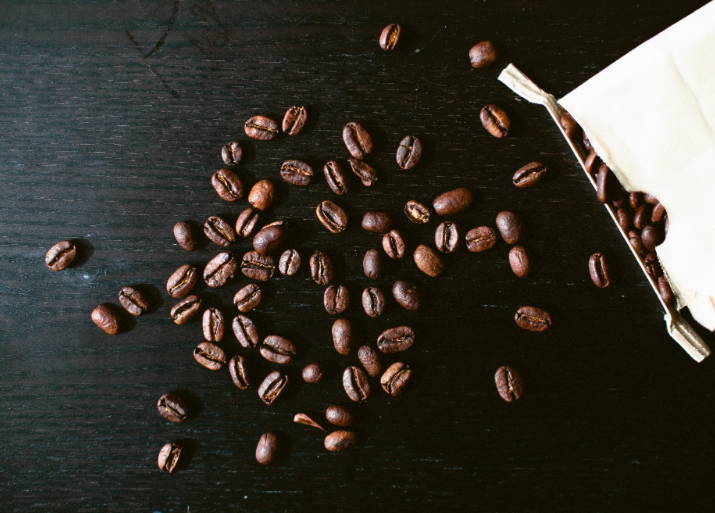 It’s a fact that large amounts of caffeine can cause hand tremors. But the effect can be even more evident when you’re doing intricate or detailed work like piping on a cake. As Kari Haskell, owner of Retro Bakery in Las Vegas, says, if the decorator has been drinking energy drinks or something highly caffeinated, “we can all see it on the cake.”

Listen, this doesn’t mean you have to skip your morning cup of coffee, but perhaps hold off on cups two and three until the cake is finished. 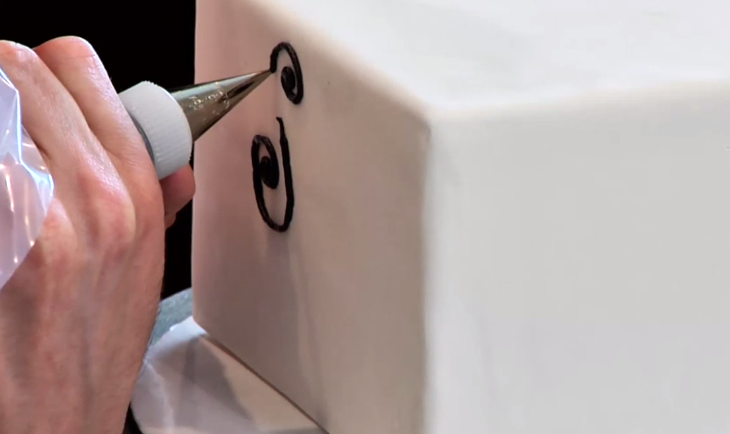 When asking around for advice for this post, time and time again, decorators referenced somehow steadying their elbows. Some swear by cupping your elbow with your non-dominant hand, others suggest propping the elbow of your dominant hand against a countertop or other heavy surface near the cake to keep things steady. 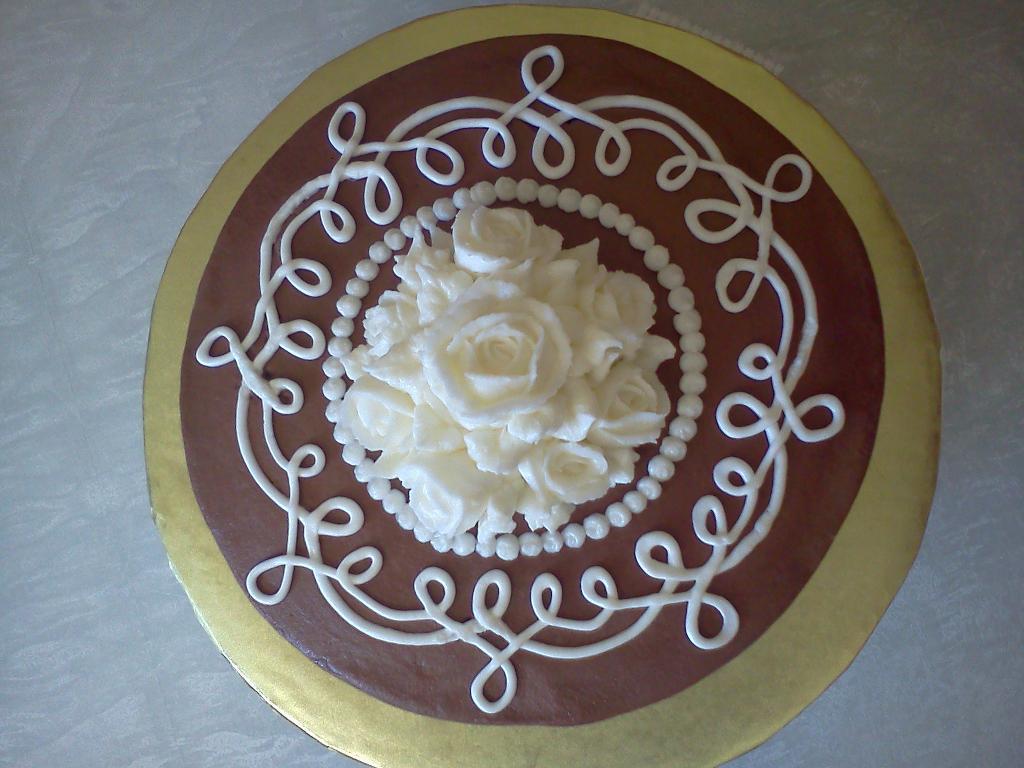 3. Keep your eyes on the prize

Susan Whetzel, who blogs at the popular site She’s Becoming Doughmesstic, says, “Look ahead. Don’t concentrate on what you’re piping that second, look ahead to where you’re going.”

Cake decorating may not be as strategic in the same way as a game of chess, but looking ahead can help yield a positive end result. Keeping your eyes a few centimeters ahead will allow you to see the “big picture” of the cake and will keep you from losing sight of the end result by focusing too much on a micro-portion of the project.

Have you ever noticed that when you’re concentrating very hard on a task, you forget to breathe? It’s true. While holding your breath, per se, isn’t going to wreck your cake, the stronger-than normal exhale that comes out unexpectedly when your body demands air may lead to wobbly and uneven piping on your cake. Make your breathing like the proverbial tortoise in the race: slow and steady. Start by taking a few slow, even breaths before you get started — this will not only ensure that your breathing will remain steady while you decorate, but may also have a calming effect, which certainly won’t hurt your cake decorating work. 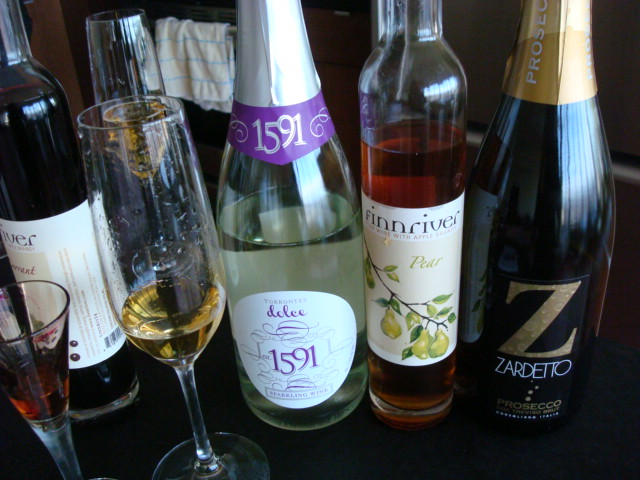 A glass or two of wine is fine to unwind. But decorating, like driving, should be avoided after imbibing. Your judgment may be slightly off, so what seemed like a straight line of piping or a perfect scalloped border might actually be quite uneven. For best cake decorating results, reward yourself with that cocktail post-decorating — your sense of accomplishment will make it an even happier hour. 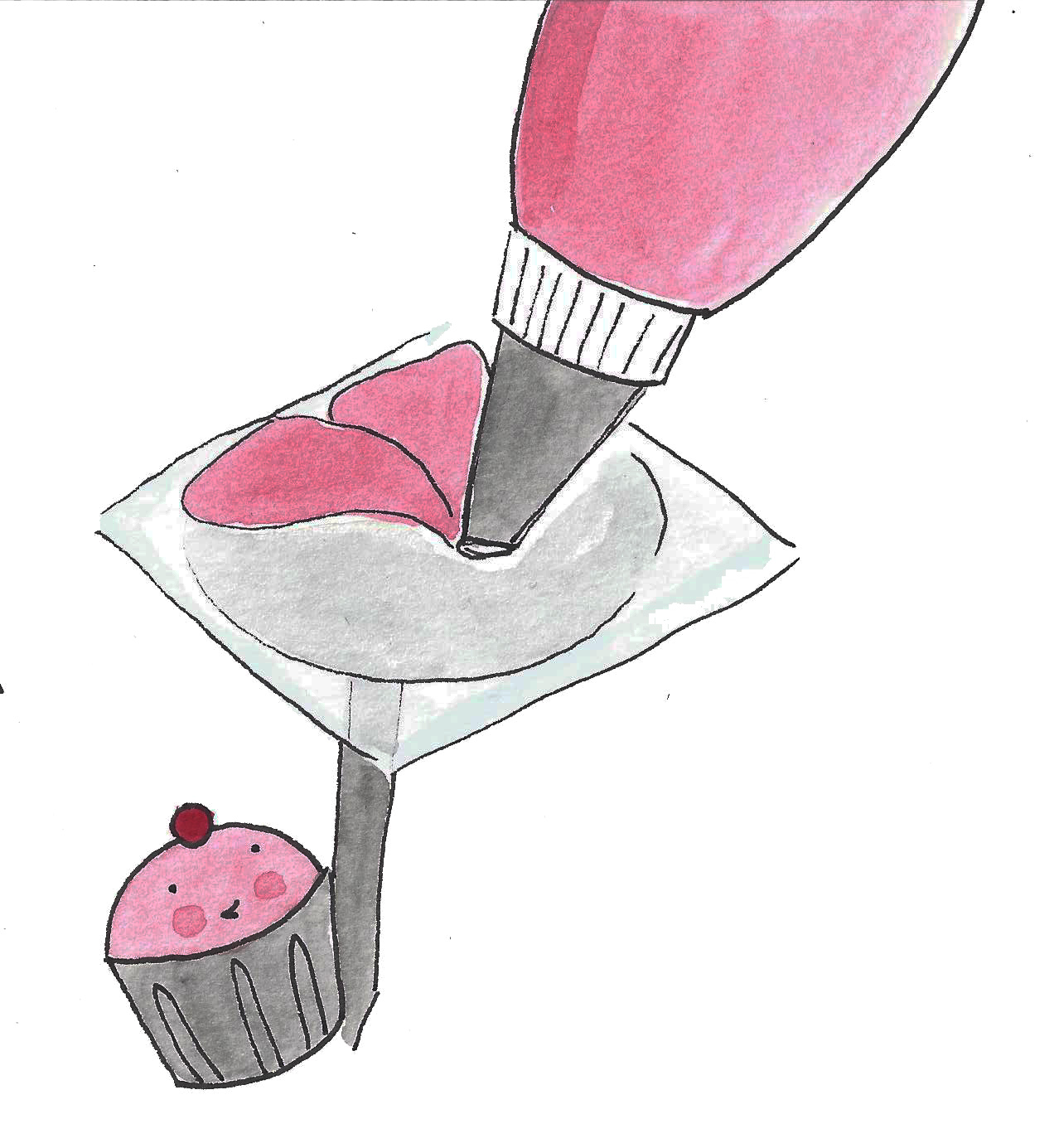 Be sure to attain a proper piping consistency with your buttercream, royal icing, ganache, or whatever else you’re piping. It should be firm enough to hold its shape, but not so firm that it is difficult to pipe through the tip. If the consistency is too liquid, the piping may appear shaky even if your hand is steady.

When children first learn to write, their attempts at lettering are deliberate yet shaky and imperfect. With time, their handwriting becomes more confident and easy. Piping is similar — don’t expect perfect results on your first try. With practice, your technique and confidence will improve, and your work will naturally be less shaky

Learn to pipe like a pro with help from Craftsy!

Perfect the basics of buttercream piping while learning to make three amazing cakes and more than 30 different decorations in The Wilton Method: Buttercream Skills. And check out Piping Buttercream Borders to learn to master a collection of classic piping techniques, including filigree, ruffles, drop strings and scrolls.

How do you maintain a steady hand while piping?