In our series on making a cutting board, we just finished the glue up. Now, the board needs to be flattened. There are many ways of doing this, including using machinery, but today we’ll learn how to set up and use a hand plane to accomplish this task. 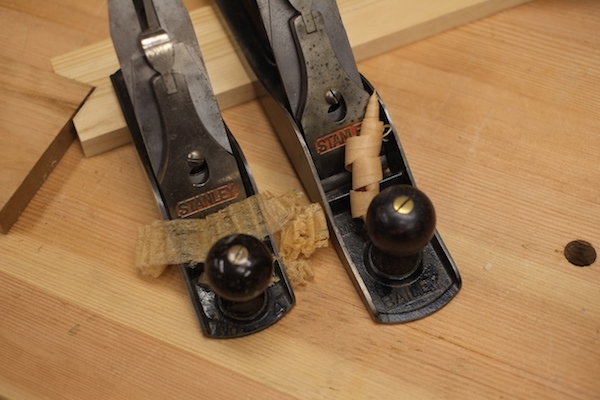 Many times woodworkers associate hand planes with very fine, wispy shavings that leave a flawless surface on the board. Hand planes can be set up and used for this purpose, but when you need to use a plane to remove wood quickly, this becomes a very inefficient way of work.

Consider this: when using a plane for achieving a very smooth, flawless surface, you can get shavings that are on the order of 1/1000 inches thick. But, if you used that same plane to remove 1/32” of wood, you would need to make 32 passes with that plane to get that job done. It’s far easier to set up a plane so that it can take shavings of 1/64” or so, and make two passes. In the picture above, the plane on the left is set up to take a very thin shaving. The plane on the right is optimized to take thicker shavings.

There are several techniques to optimize your plane and remove wood quickly.

This may seem obvious, but, on the other hand, the idea that you don’t need a sharp plane iron for rough removal comes up on occasion. I don’t see the reason why that would be true. A sharper blade will reduce the effort needed to push a plane through wood, and that is true whether you’re trying to hog off wood or making a final pass with a smoothing plane. 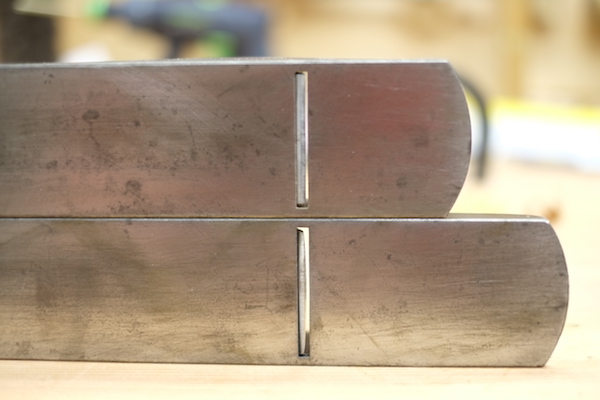 Most planes set up for smoothing have a very tight mouth. This is great for reducing tearout, but the thick shavings you want to get will clog up the mouth. If this is the case, adjust the frog of the plane to open up the mouth. The top plane has a tighter mouth than the plane on the bottom, which is why you can see more light coming through the gap.

3. Put a camber on your plane iron 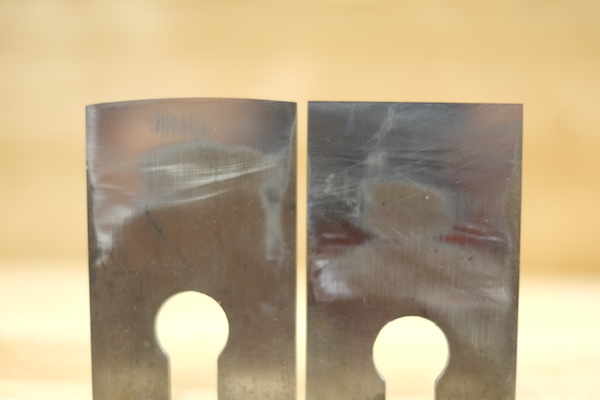 4. Wax the sole of the plane 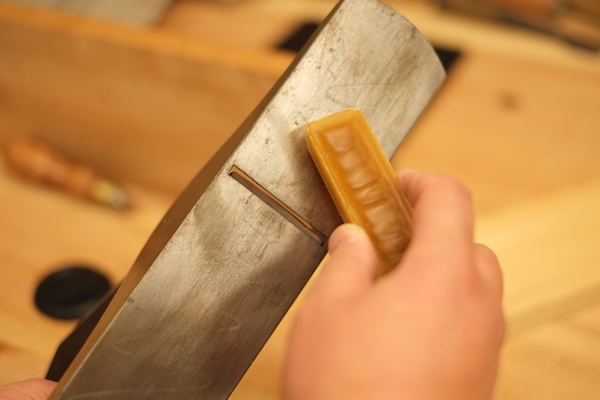 When using a plane for removal of larger amounts of wood, anything that can increase your efficiency will pay off in the end. Putting a little paraffin wax on the sole of the plane will go a long way toward making the plane easier to push.

5. Plane across the grain 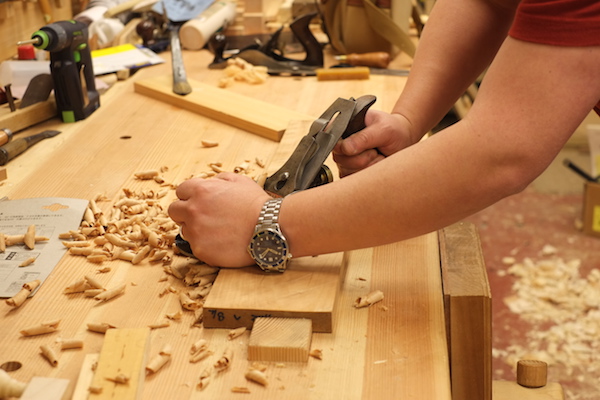 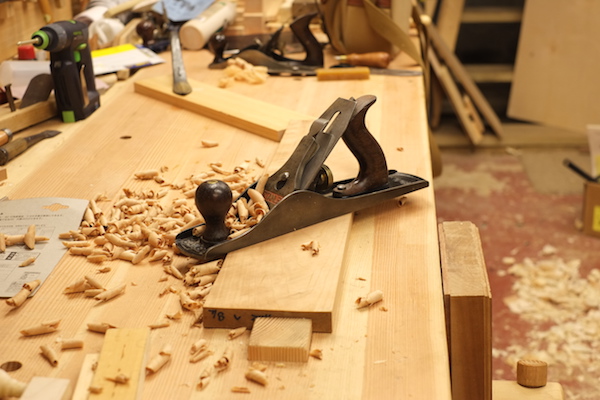 Although you can plane along the length of the board with a plane that is optimized for removing large amounts of wood, that can sometimes lead to a lot of tearout if you hit an area where you are planing against the grain. You can get around this by planing across the grain, either at 90 degrees or at a diagonal.

By planing across the grain, the camber in the plane blade will sever the fibers at the edges, making it easier for the fibers to give way. In the above pictures, I am planing diagonally across the grain. The second picture shows the position of the plane relative to the board. The shavings I am making are about 1/32” thick, which may not seem like much. But with shavings this thick, I can make four passes across the board and that will thin it down by 1/8” or so.

By using the above tips, you will find that using a hand plane to remove a lot of wood can be quicker and easier than you might think. One could readjust their plane every time they need to switch from making thinner shavings to thicker shavings, but realistically it’s far better to have two planes, one set up for thick shavings, and the other for thinner ones.

How do you quickly remove wood from a board?