Talking is a form of expression that allows us to communicate thoughts and ideas with others. It can also be a powerful mode of communication between characters in your illustrations. Whether your aim is to advance the plot of a children’s book story or to create a witty single panel pen and ink illustration, the conversation is a powerful method of storytelling.

But how do you start to add the element of speaking to your art when it makes no sound?

Here is a collection of tips and tricks on how to draw people talking for effectively and naturally incorporating conversation into your illustration work. 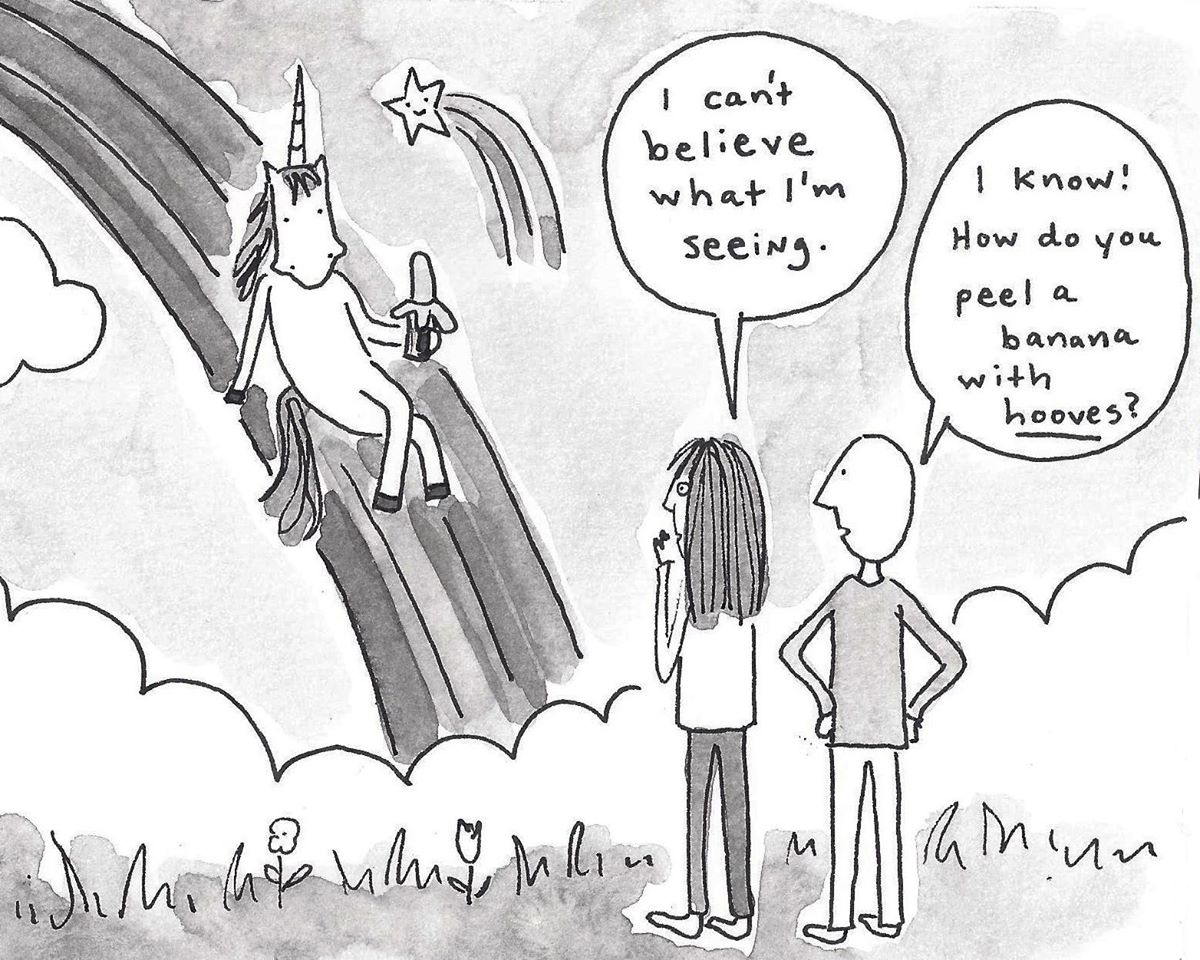 To start a character conversation, start by thinking about the body language. Even if you will be adding bubbles or text to the image, a lot can convey your message before you add any of it. Think about it like a movie or TV show you’ve put on mute: Through character movements, gestures, facial expressions, colors and composition, much of the conversation can be revealed even without words.

For instance, in the below cartoon, with the words spoken removed, you can’t tell exactly what the character is saying. 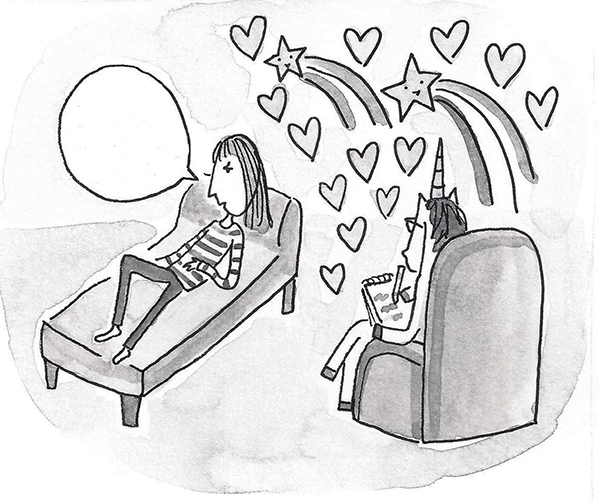 However, even without words you can tell part of the story. The character’s posture and expression, plus the gray watercolor wash color style, imply malaise and some world weariness. You may not know what the character is saying, but you are pretty sure it’s not going to be, “This is simply the best day of my life!”

When the words are revealed, they bring the image together, but they don’t come as a complete surprise. They simply finish the story that has already begun with expression and movement. 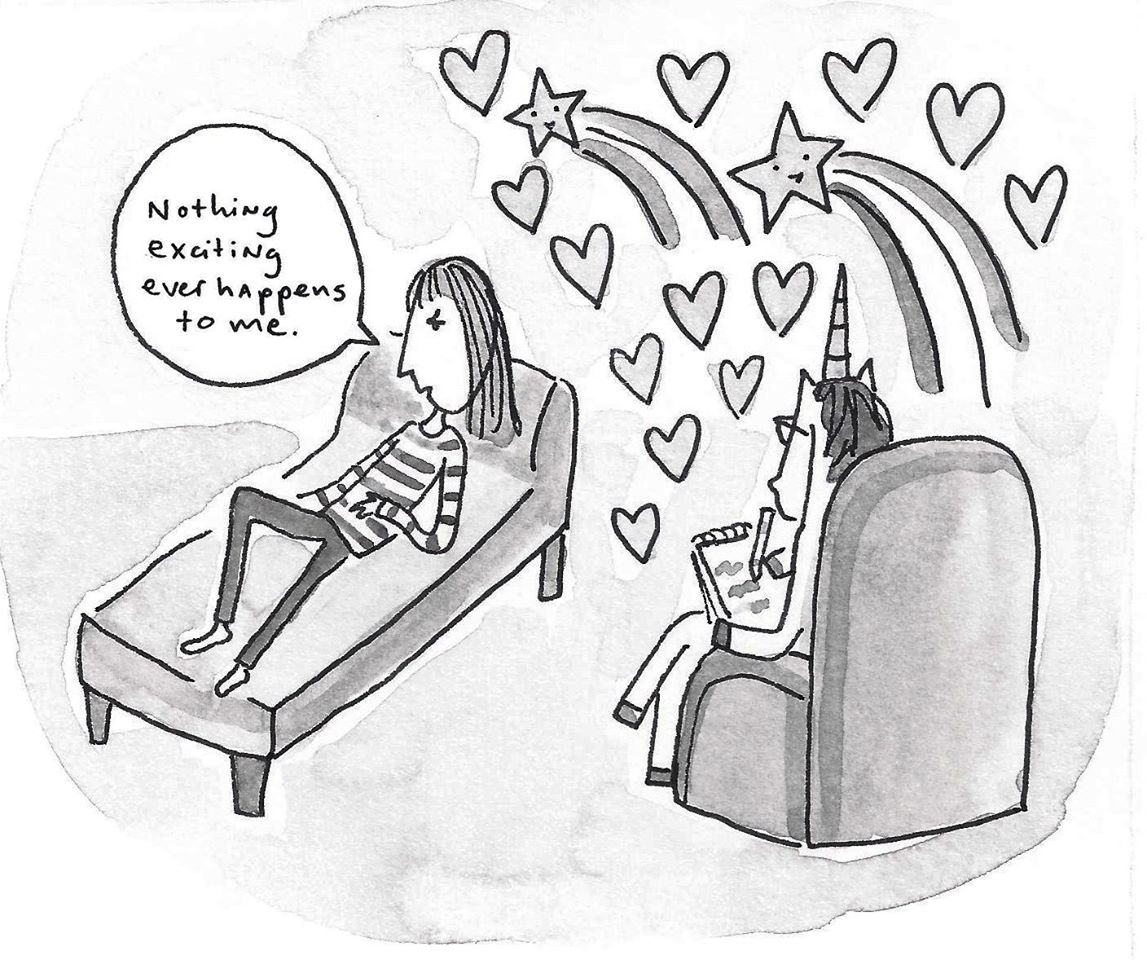 As much as a cartoon cliché as the speech bubble may be, it’s still a highly effective tool for creating conversations. It typically consists of a rounded “bubble” with a spout that is, ostensibly, like a mini megaphone into which a character is speaking. 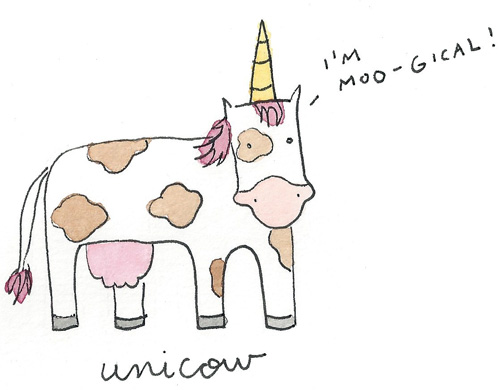 Depending on your style, you may prefer instead to have more free-floating words. Use the same tips above to refine your connection if you’re creating a conversation, incorporating eye contact and body language to match the tone. 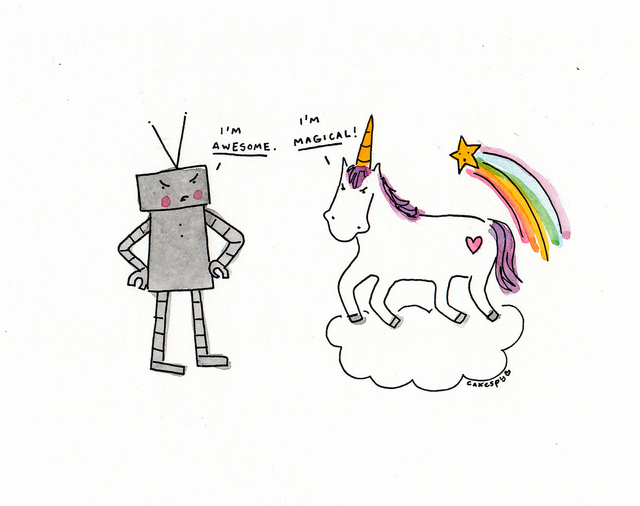 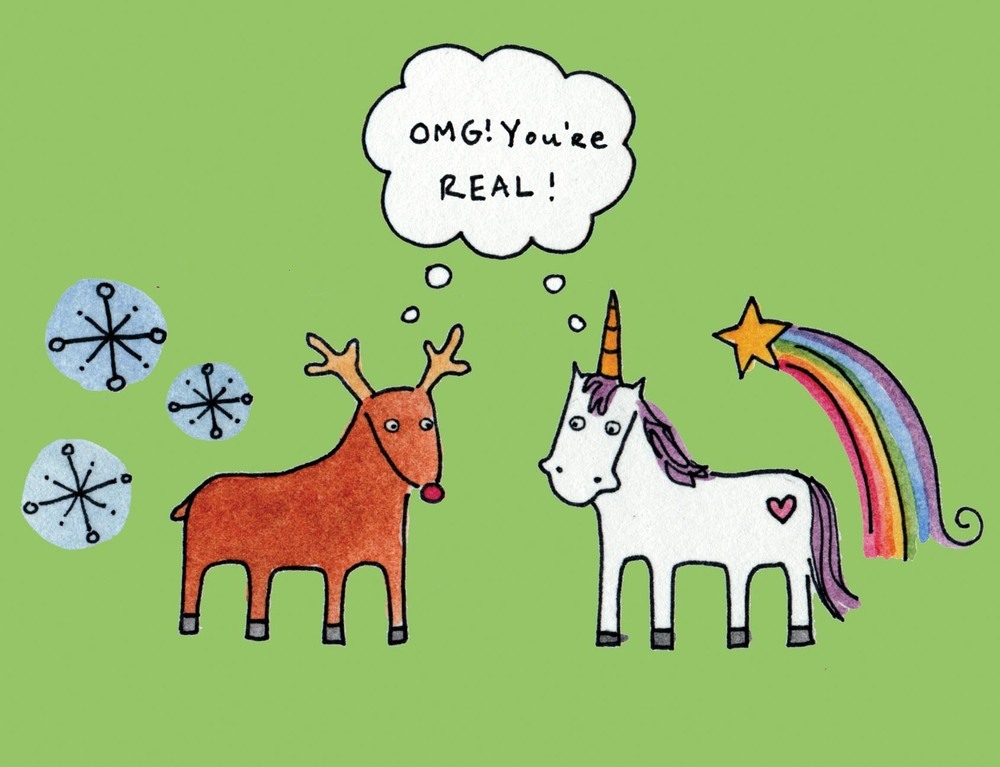 The thought bubble is a way of revealing an internal conversation. It can be used in conjunction with speech bubbles, or alone. It can be filled with words, images, or even left blank to imply an open-ended dream.

Unlike a speaking bubble, it can be effective to have a character look at the contents of a thought bubble, or paired with a character with eyes closed or dreaming. 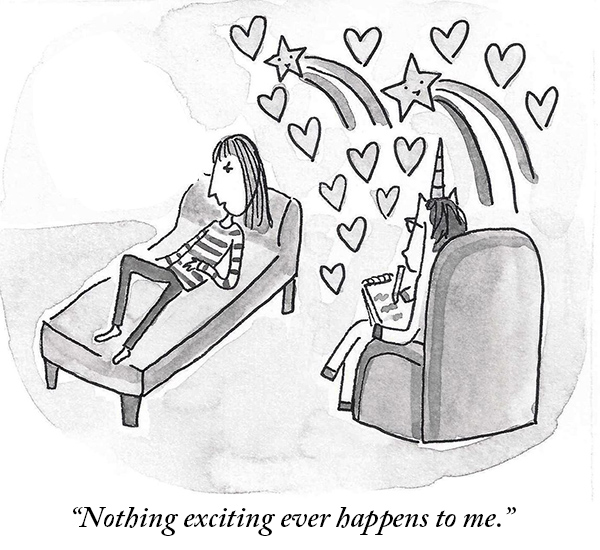 Instead of showing the conversation literally in the piece, you can show it via a caption. This could be a single panel cartoon, or it can also be shown through text in a book. It’s even more important to convey the tone of a conversation visually with this method since you don’t have the words immediately as part of the piece to bring the theme home; there is an extra step involved for the viewer to piece together caption with words.