When you’re creating a portrait, drawing the nose is one of the most important parts. You can’t help but see this prominent feature, and learning how to draw a nose accurately will help give your portraits a more realistic feel. 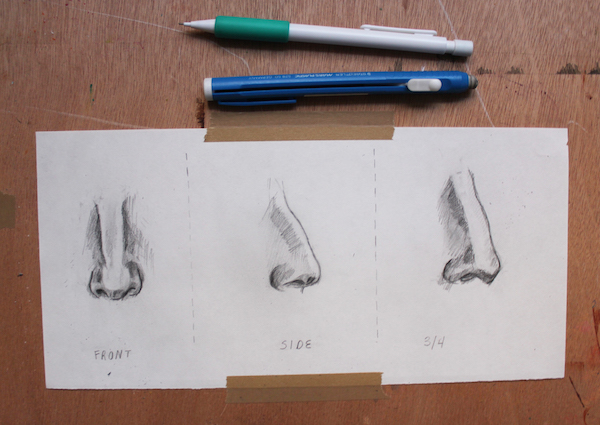 Noses may seem like a challenging part of the face, but by breaking the feature down into easy-to-draw shapes, you’ll learn how to draw a nose in no time.

For this exercise, we’re going to draw the nose in three angles: side, front and a three-quarters view. And in each instance, we’ll apply the same steps. That way you can use the same process whenever you draw a nose, no matter what angle you’re at.

I selected my favorite drawing paper and pencil for this exercise. Use whatever is most comfortable for you.

And since the subject is noses, what better reference to use than yourself? I took three pictures of my nose to draw. If you’d rather, you can use reference photos on the web.

Understanding the anatomy of the nose

Before we put pencil to paper, let’s consider what the nose is made of. There are three basic parts that we’ll draw:

We’ll approach drawing each of these parts one at a time.

How to draw a nose step by step

When something looks complex, I like to break the subject down into smaller, more manageable bits. It doesn’t seem as daunting that way. The same goes for drawing a nose. With each viewpoint, start by drawing a basic line or shape that mimics planes you see on your reference. 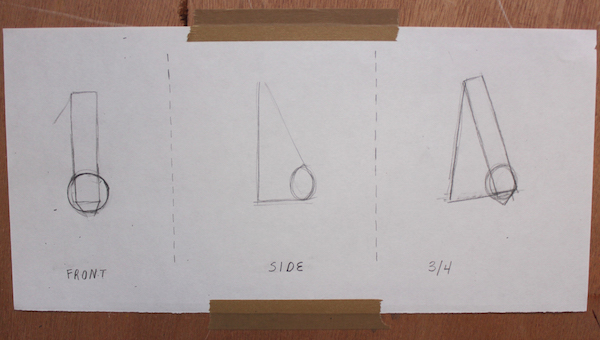 For the front and three-quarters view, you’ll be drawing rectangles that represent the bridge of the nose. A triangle and trapezoid shape represents the septum. The side view will only have a tall triangle. All will have a small ball attached to the crux of the bridge and septum.

Tip: Hold your pencil up and align it with your subject (like the bridge of the nose, for instance) to make sure you get the correct angle.

Once you have the basics completed, now it’s on to the nostrils. This part can be tricky, but remember that they’re two oval-like shapes that flare from the tip of your nose, separated by the septum. 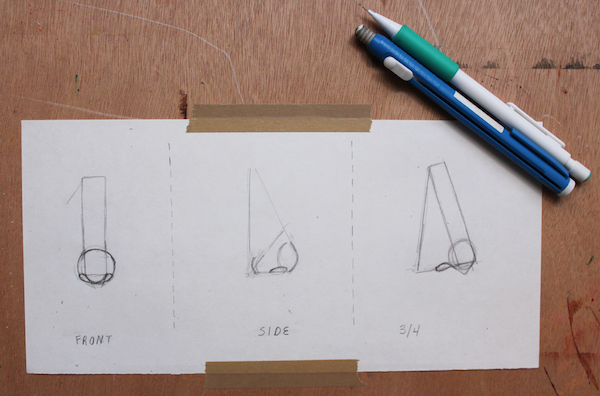 Depending on the view and characteristics of the nose, they will look more or less oval-shaped. Some people have more pronounced or round features, while others have more skinny nostrils.

After you’ve drawn simple shapes, begin to refine your overall line drawing. Erase guidelines that aren’t necessary anymore, and define the idiosyncratic shapes of the bridges, balls and nostril sizes. Don’t worry about shading quite yet. Just make sure each part of the nose is proportional. 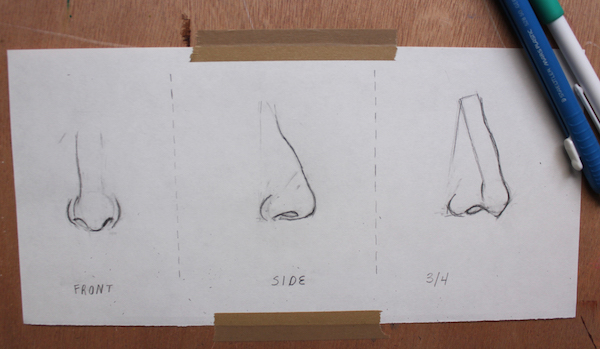 It’s now time to add form to the nose. Shading the nose is relatively easy when you consider its structure: The bridge is going to have the most highlights. The sides of the nose will always be in some shadow because they don’t stick as far out from the face. 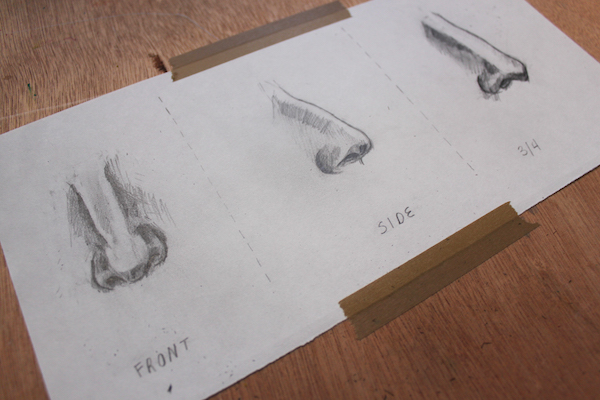 The ball of the nose will be the lightest, while the tips of the nostrils will also have a highlight. And in contrast, the spot where your nostrils attach to the rest of your face will always be very dark.

To give your sketch contour and movement, shade in the direction that you want the eye to travel. On top of the nose, shade with lines moving downward. The sides of the nose, in contrast, will fan outward. 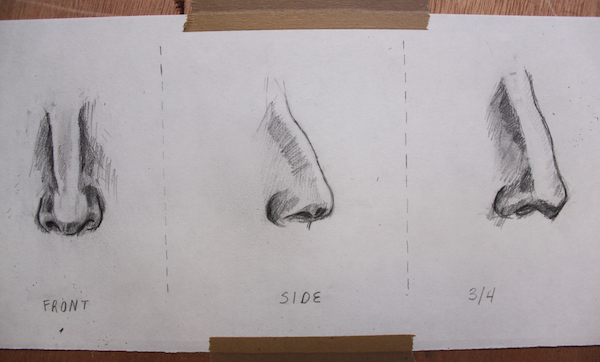