Are you confused by drawing hair? Does it seem too difficult to shade it because you have no idea where to begin? It can be even more challenging when you consider all the different hairstyles that exist out there. There a few key factors to look at learning how to draw hairstyles realistically. 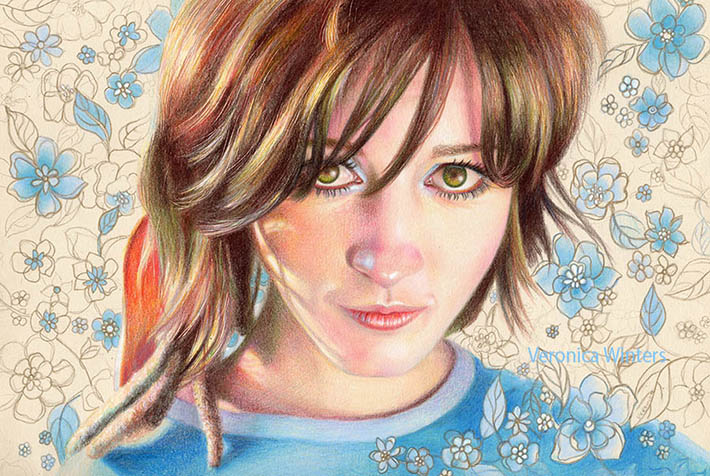 Pay attention to the general direction of the hair and how it flows around the head and the face. The hair sits on top of the head, almost as a hat. Remember this when drawing a head — the general division of the facial features in half (where the eyes are in the middle of the face) doesn’t account for the hair’s volume, which varies from person to person. The thicker and the wavier the hair is, the more volume the person has on his or her head. 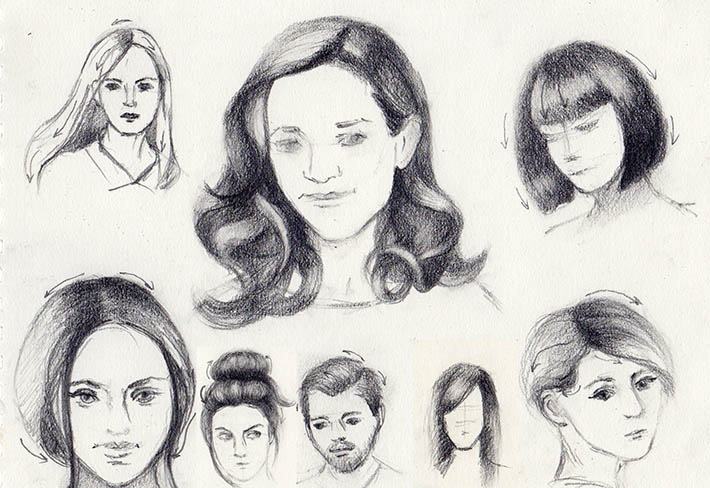 The sketches above illustrate different hairstyles, and the the arrows point the direction that the hair grows and how the hair flows around the person’s face.

Notice that I started by shading the darkest areas only, leaving the highlights free of any shading. This technique creates instant volume drawing any hairstyle.

The formula for drawing hair

While drawing the hair’s shape, direction and volume is important, don’t forget that hair is made up of individual strands

The drawing below demonstrates the concept behind the structure and the shading of strands of hair.

On the left, you’ll see a lock of hair marked with just two lines to begin with. Then, I drew the deepest shadows, using a directional stroke and a soft 4B graphite pencil. Study the direction the hair takes. Don’t shade with flat, straight lines around the face — it instantly flattens out the form.

Use a kneaded eraser to pull out the highlight in the middle of the strand. In the end, I created the intermediary tones between the black and the white with a harder B pencil. 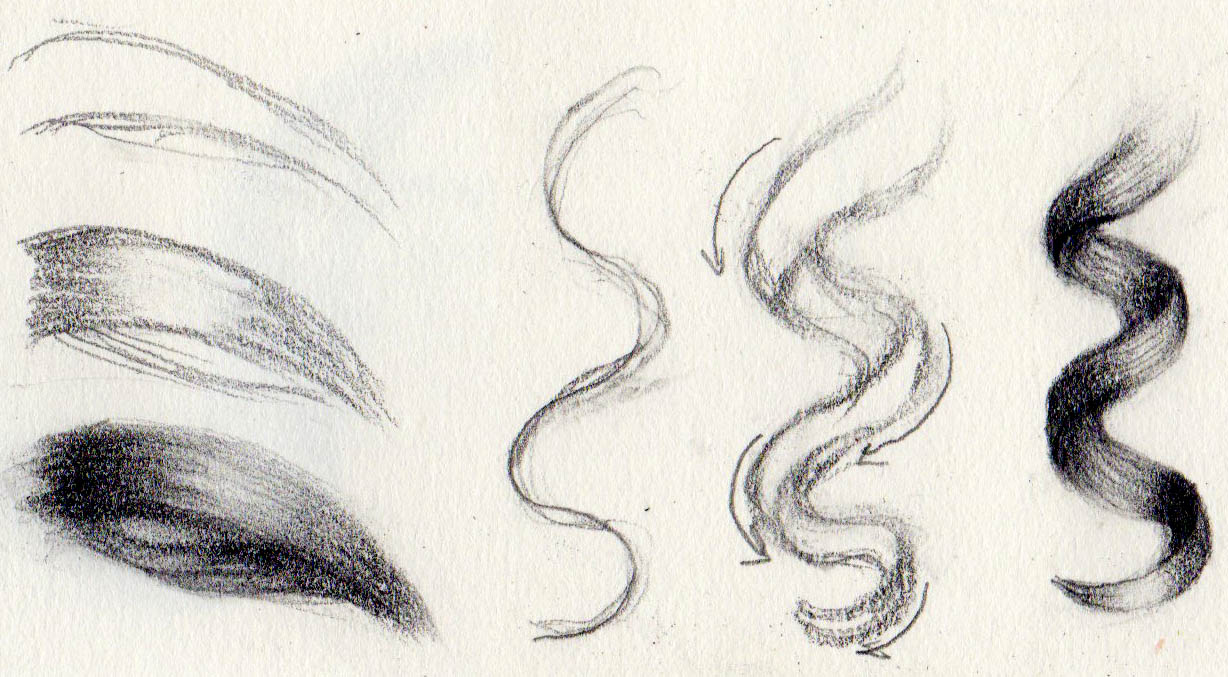 On the right image, I drew a lock of curly hair. First, I determined the overall curvature and flow of the hair with one line. Then, I added the second line that curves in and out in logical progression, where it appears on one side and disappears on the other. The arrows show you the general direction they take.

In the final image, you’ll see a lock of curly hair that is fully shaded. It essentially repeats the same shading formula for the straight hair strand shown on the left, with the darkest dark present on both sides and the highlight left in the middle of each curve.

In real life, these strands of hair overlap each other, which makes it more confusing to draw for the beginner. However, if you break them down to big strands and fill in each one of them, you’ll be able to draw the more detailed, smaller hair strands found inside each big section.

How to draw different hairstyles

Now that you know the basic principles of drawing hair, you can apply those techniques to drawing any hairstyle. To get you started, we’ll walk you through five common hairstyles.

How to draw long hair 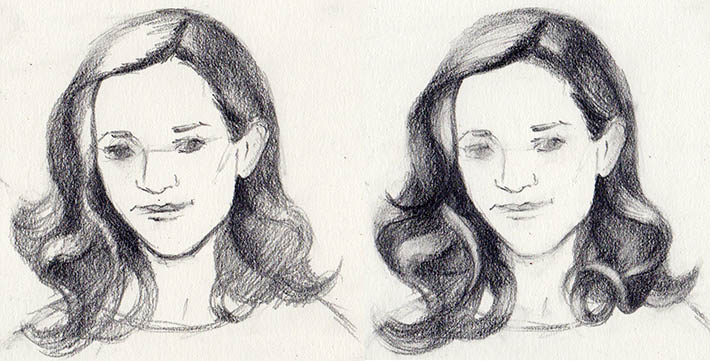 This image builds up on your understanding of the previous section. On the left, you can see how I sketched out big shapes, ignoring the details and small elements to get the overall feel of the hairstyle — its flow, volume and curvature. In the second image, I added details with harder pencil.

In this demonstration, I used the same basic steps I’ve outlined before: First, I determine the overall flow and volume of the hair placed on top of her head. The arrows show the direction of shading, massing out the darkest parts.

In the second image, I shaded the hair in broad strokes and soft pencil to make the directional strokes that create volume.

In the third picture, I worked on fine transitions between the tones and mark the highlights with the kneaded eraser. Here, I made sure the value transitions remained soft and didn’t divide the head into stripes.

This illustration above shows the same steps applied to drawing the basic male hairstyle. I made the outline, shade the darkest areas that are usually on the temples, at the part and the back of the head, and then lifted out the highlights. 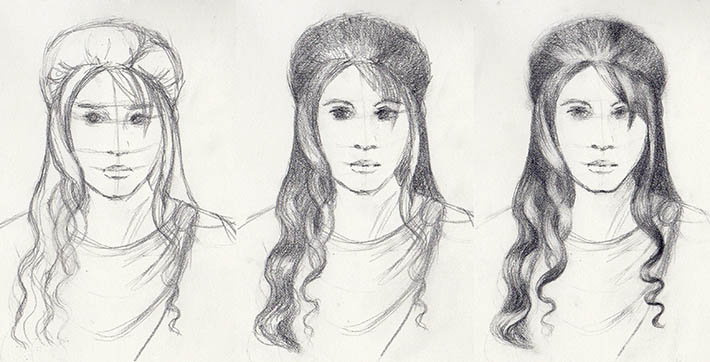 This boho or Gothic hairstyle consists of two parts. The first one is the “hat” that sits on top of the head and has its own rotation and movement of the hair. The second part is the curvy hair with the gravity pulling them down in waves.

Drawing bangs is easy as long as you put the individual hairs into a massed-out shape that curves around the forehead like a dome. The lights are always in the middle of the domed structure.