The first time I remember hearing the word anthropomorphism, I was already years into drawing animals with human like characteristics — which is exactly what anthropomorphism is. In a broader meaning, it is giving humanlike attributes to anything that is not human. 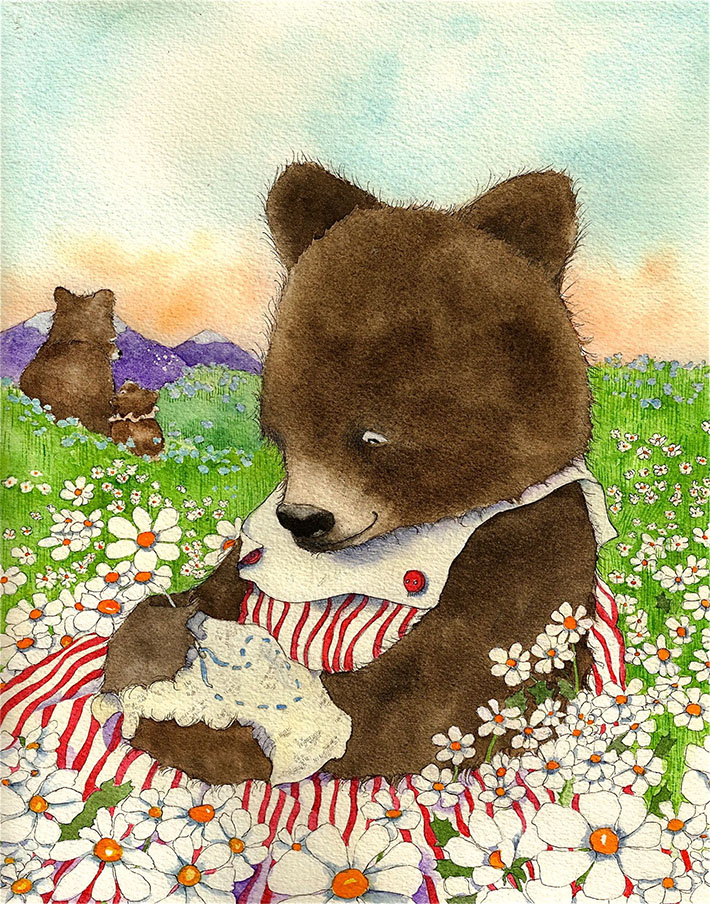 Maybe it is my love animals and whimsy combined, but I cannot get enough of drawing animals in a world where they act like, well, like us.

When I was very young, I was enamored with the artwork in Alice in Wonderland by Sir John Tenniel. The realistically rendered animals that talked and behaved fully human were captivating and stirred my imagination enough to make me understand that somehow I was going to be a part of the art world in this sense.

There are a lot of artists who draw beautiful realistic non-anthropomorphic animals. But it is more exciting for me to infuse at least some notion of being humanlike into my animal drawings. All it takes is a look of knowing in the creatures eyes or a sweet little nod of it’s head that a real animal would not do. This would be the beginning of where art crosses into anthropomorphism.

These bunnies are more realistic in every way except for the look in the eye of the bunny who is looking at us. It is more than just a wild rabbit’s expression, he is conveying something beyond an animal’s ability — a human emotion. 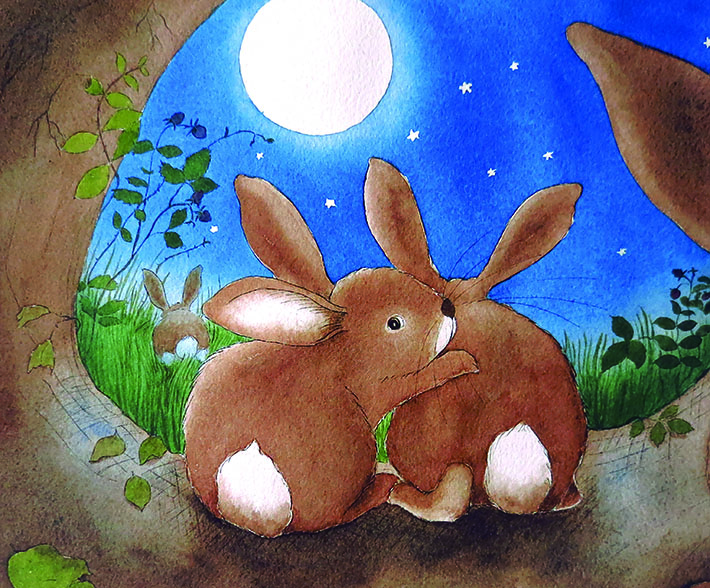 To give a further impression of having humanlike qualities, this mouse not only has a knowing look in his eye, but his pose is more like a person’s than that of a mouse. But everything else about him is a mouse, even where he is sleeping. 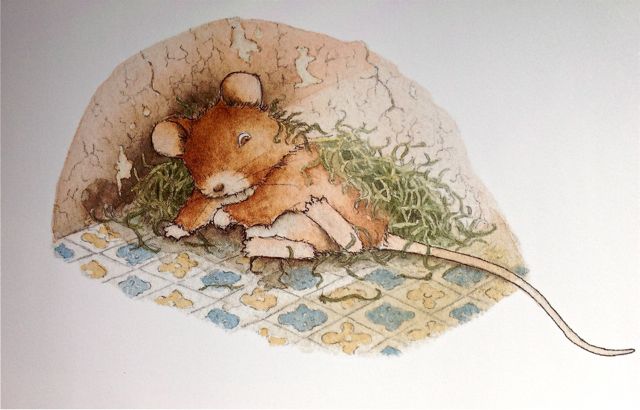 Mixing it up a little for more fun, here is a kitten in a believable kitten’s playful pose, but the mouse is obviously not doing what a mouse would be doing — dancing and wearing a sweet little neck ornament.

The imaginative characteristics of this genre of art can be enhanced by having animals that are realistic integrated with animals that act like humans. 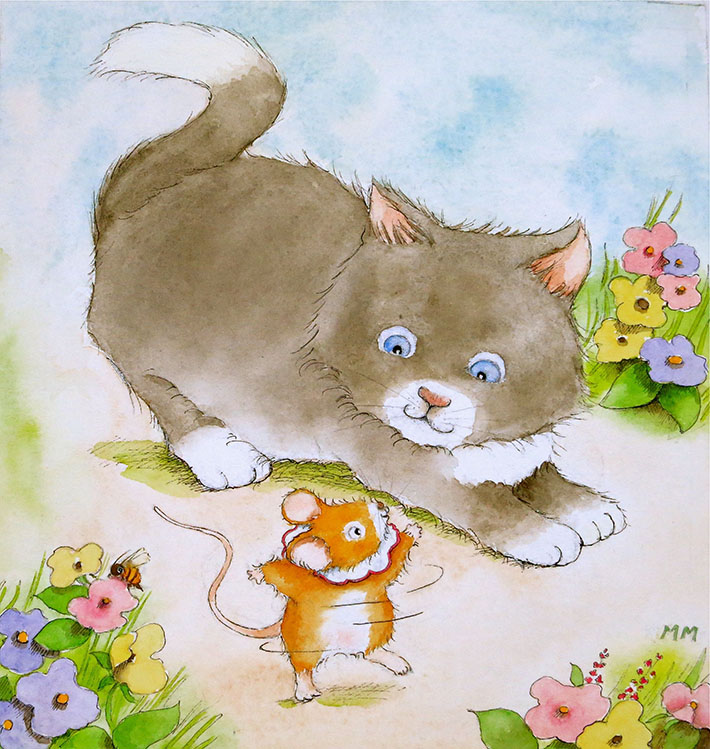 These mice are sweet little characters acting just like us in dress and actions. 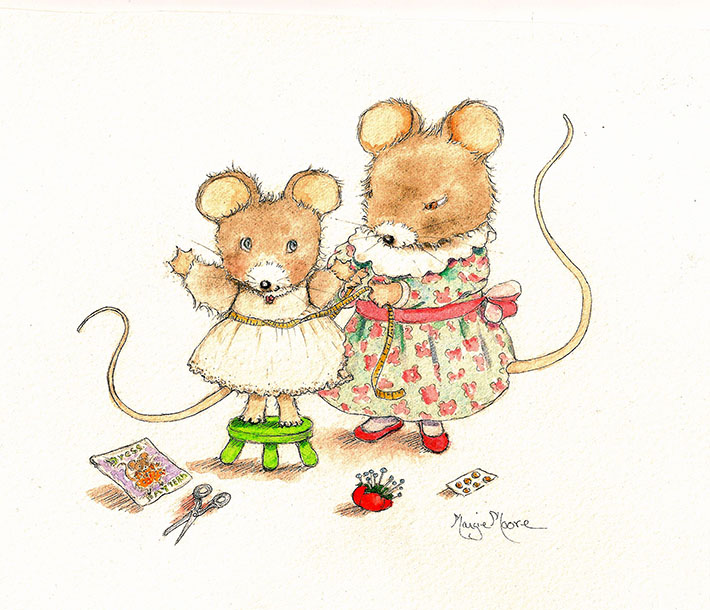 Anthropomorphism can be taken to a deeper level of imagination by drawing fully realistic animals with human behaviors.

One of the great gifts from the golden age of illustration is artwork of wondrous and parallel universes where the animals were fully realistic versions of themselves but talked and lived as humans. The difference from the examples above being that they were so realistic sometimes, they became believable. Believable in the sense that the story could become real for that little bit of time while reading a book. The effect was complete. 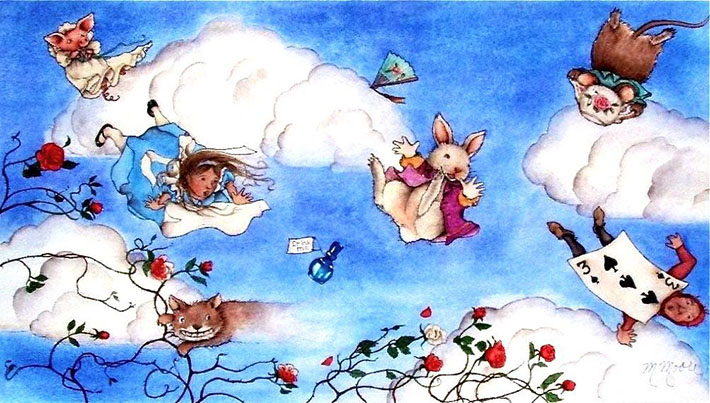 As I said, there are degrees of how far you want or need to take your animal drawings into the anthropomorphous state.

Here is a visual reference:

Starting with the penguin on the far left, he is drawn in a natural curious pose.

The penguin second to left starts to have a more human expression.

The third penguin is drawn with realistic features, but has clothing on.

And our last penguin is all the way anthropomorphic — even drawn with human hands and feet.

In short, there are no hard rules for creating animal drawings with human like features. It has more to do with exactly what you want to convey in your art. It is the meaning of artistic expression.

What are your favorite children’s books with anthropomorphic characters?

One Response to “Drawing Animals With Human Characteristics: A Primer in Anthropormorphism”