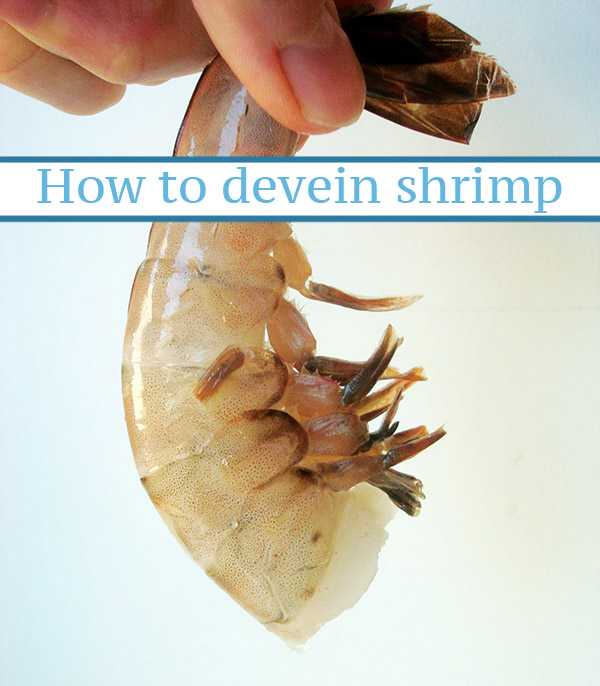 Here’s a fun fact: the “vein” in a shrimp is actually its digestive tract. Now that you know that, you’re probably rather keen on learning the best way to devein shrimp. But deveining isn’t tricky at all, and it allows you to make use of delicious, fresh shrimp (far superior to their frozen cousin).

Once you’ve deveined your shrimp, you’ll be ready to pursue big seafood flavor in your cooking. From yummy shrimp cocktail to salty stir-fry, fresh shrimp are a great addition to tons of dishes, even soups and stews.

While deveining shrimp is not imperative, it’s preferred for a few reasons. What is contained in that dark vein is the shrimp’s undigested food. Deveining might seem somewhat funny and unnecessary considering the fact that you’re about to consume the shrimp. But the fact is that you don’t know what the shrimp was eating, coupled with the idea of eating another creature’s undigested food, doesn’t always sit well with people.

Aside from the “ew” factor, however, leaving the vein in the shrimp can also impart an unpleasantly gritty texture.

On a practical level, deveining your own shrimp is less expensive than buying the already cleaned-up counterparts.  So you can save your money and invest in some kitchen education, while you’re at it.

How to devein shrimp

Fill two large bowls halfway with ice. Set the whole shrimp in one, on top of the ice. The other bowl is for placing the finished shrimp. 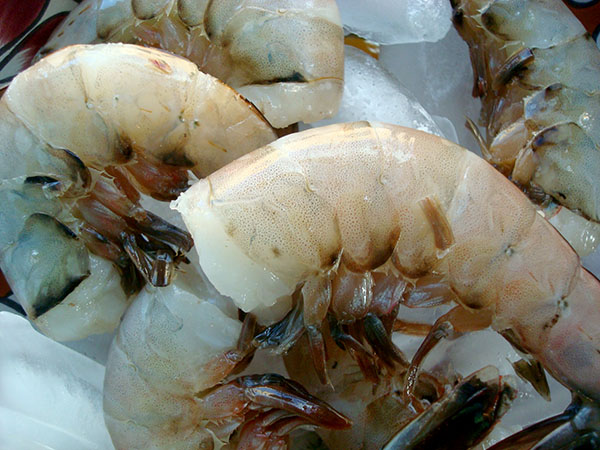 Note: While the bowls of ice aren’t vital to the process, this method is helpful and sanitary. Keeping the shrimp cold while you work will keep them perfectly fresh and bacteria-free. 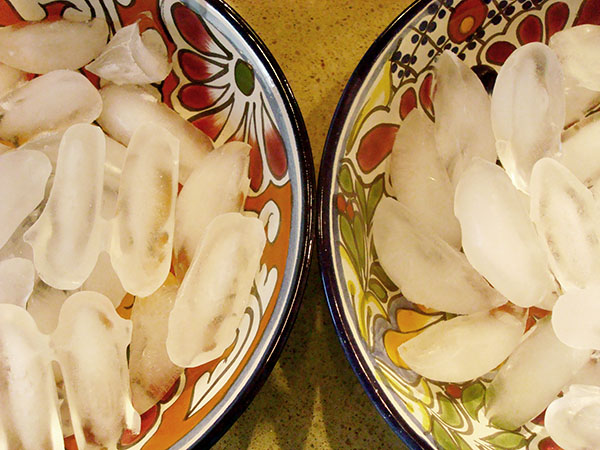 Now pull off the outer shell. It is easiest to peel it off from the head end of the shrimp, and this leaves you with the choice of whether you want to keep the tails on the shrimp. You can pull off the tails or leave them. The tails may help to retain flavor during cooking or provide an aesthetic element for presentation reasons, such as placing the shrimp around the rim of a glass or bowl for shrimp cocktail. 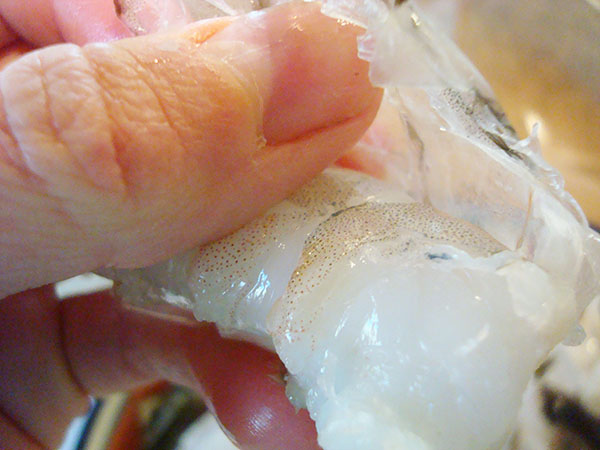 Note: You can toss the shells, or you can save them. They can impart a lot of flavor to a stock or soups, so you might consider keeping them on hand. Store them in an airtight container and use as soon as possible for the best flavor results.

Use a paring knife to cut along the outside edge of the shrimp’s back, just deep enough to get to the vein. Since the shrimp are somewhat translucent before cooking, you shouldn’t have trouble seeing the dark vein. 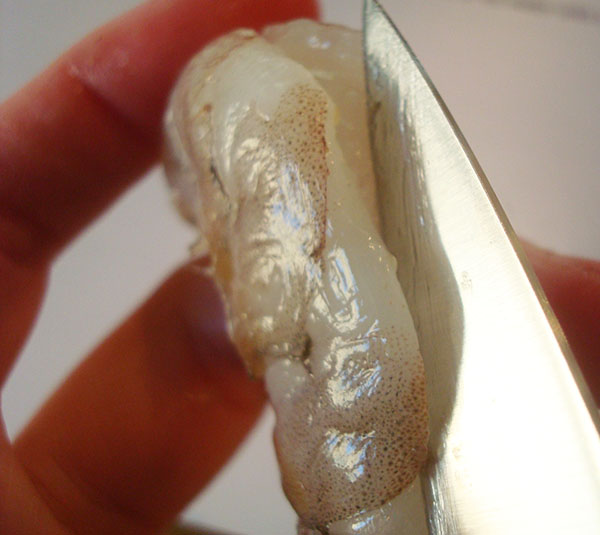 Using the knife, gently lift and extract the vein. It should come off easily. If you don’t see a vein when you cut, you don’t have to worry about it. That means the shrimp’s belly wasn’t full. 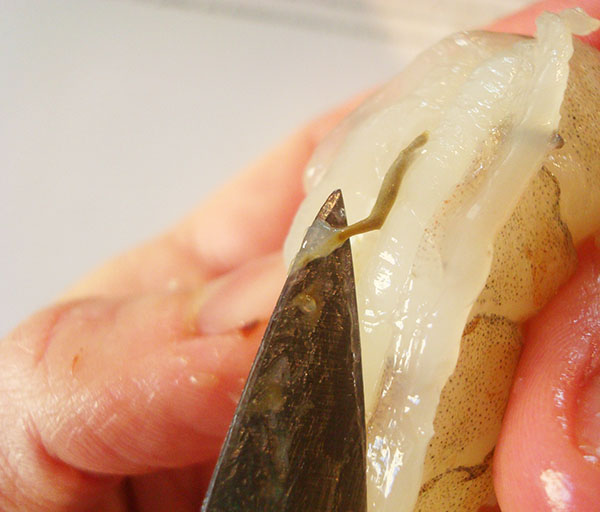 Place the successfully deveined shrimp in the second bowl of ice, and repeat with the remaining shrimp.

Once they have all been deveined, you’re ready to cook.

For more ideas on how to use your shrimp, check out the Craftsy class Classic Pasta Sauces: Seafood and Vegetable. If you’re looking to sharpen up your knife skills, be sure to take a look at our FREE class, Complete Knife Skills which will walk you through all the basics of properly using your knife.

What’s your favorite dish to cook with shrimp?