Do you know how to cut meat against the grain? After all, it’s a step featured in many recipes, especially when it comes to steak cuts. But why is it so important, and what is the proper technique? 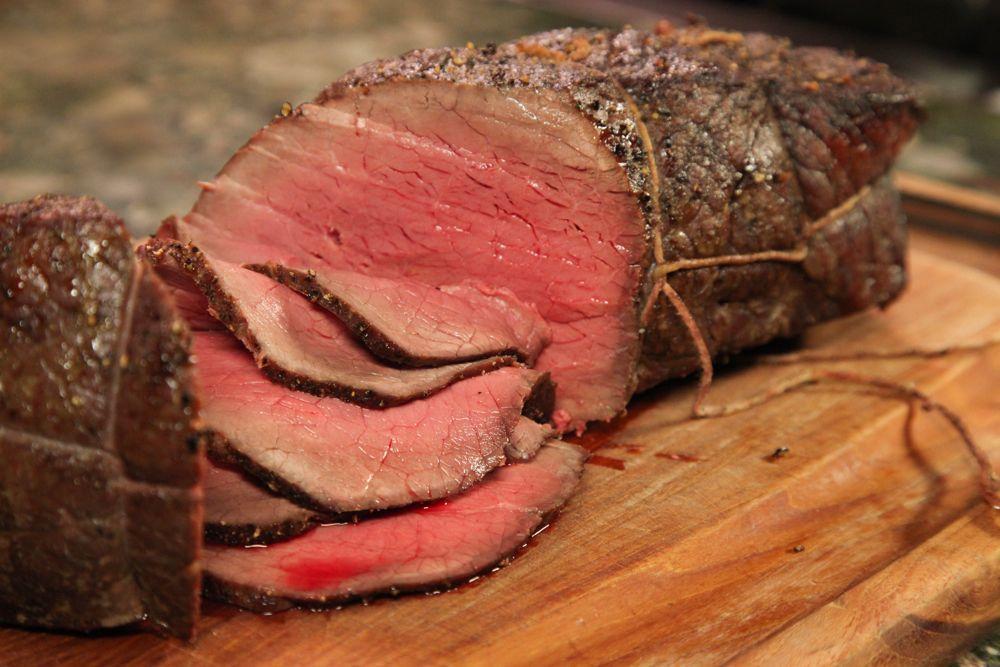 Before our simple tutorial on cutting meat against the grain, it’s important to understand what the grain is, exactly. What is referred to in cookbooks and food writing as the “grain” is actually the muscle fibers in the meat. The fibers will run in a dominant direction in most cuts of meat, forming natural lines which are sometimes quite subtle and sometimes quite pronounced.

Why cut against the grain? 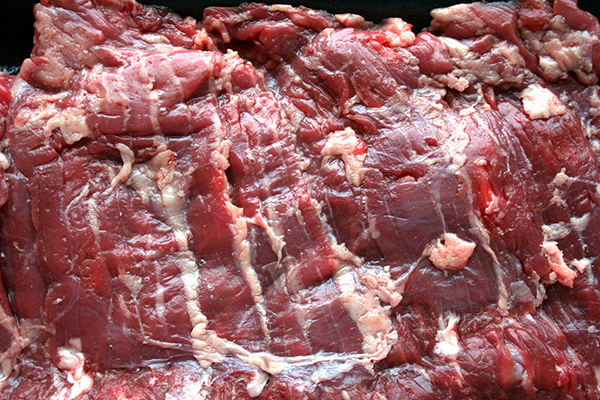 Which way does the grain go? 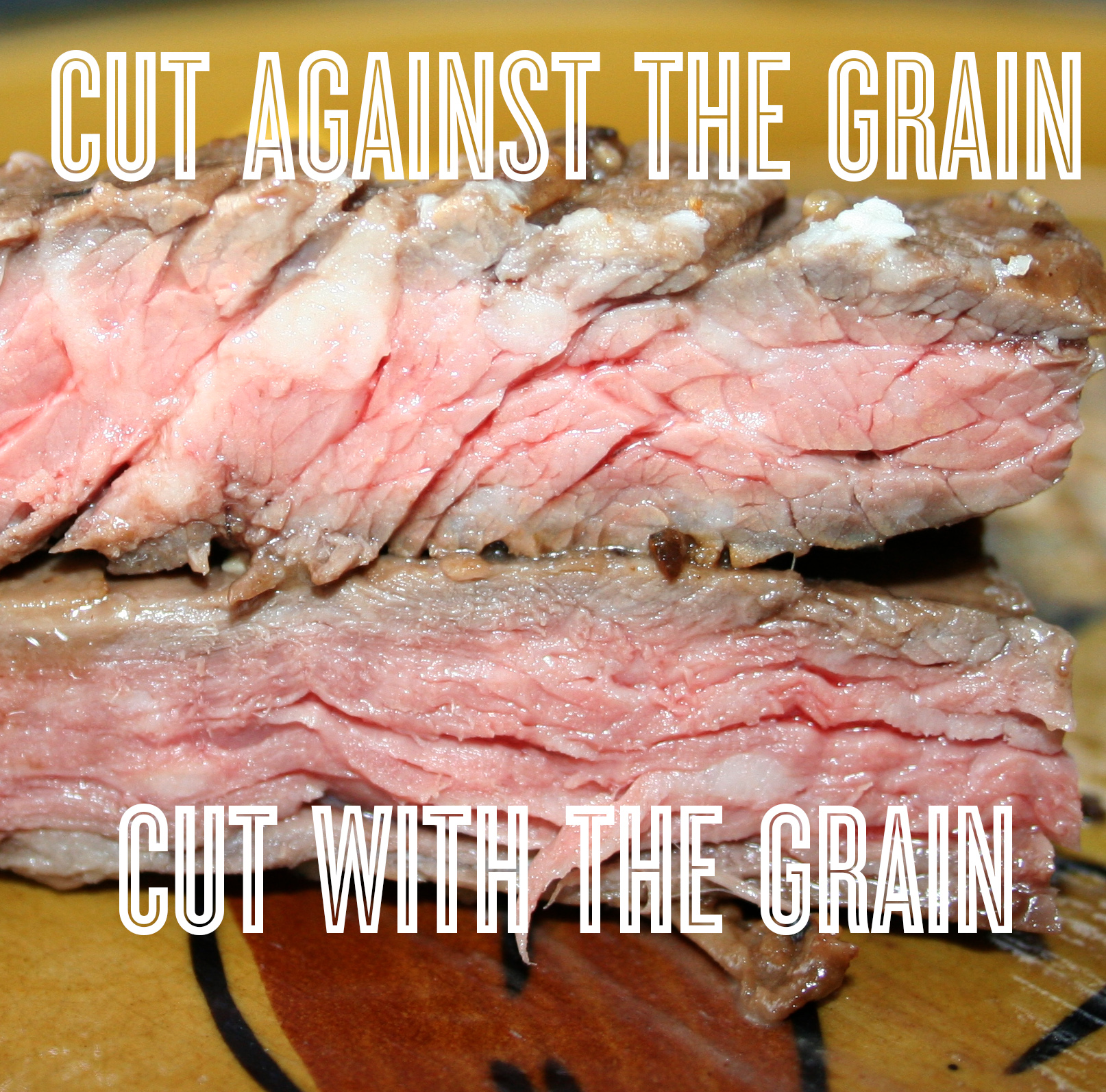 Before you go against the grain, you’ll have to figure out in which direction the grain goes. Look for rows of parallel lines in the meat. These are the muscle fibers which form the “grain”. While the grain isn’t always completely clean with perfectly parallel lines, it’s typically easy enough to determine the dominant direction of the grain. Sometimes, it is easier to see after the meat has been cooked; if it is too hard to see, such as in a larger cut of meat, slice a small portion of meat off to help get a better visual cue. Meat which has been sliced against the grain has a different texture from the side than meat cut with the grain, as you can see in the above photo.

What kind of knife should you use?

The type of knife you use to cut meat against the grain depends on when you are cutting, and what cut of meat you are slicing. But in general, if you’re cutting before cooking, a sharp chef’s knife should do the trick. If you’re cutting the meat once it’s been cooked and served, be sure to supply a steak knife for everyone.

How to cut meat against the grain 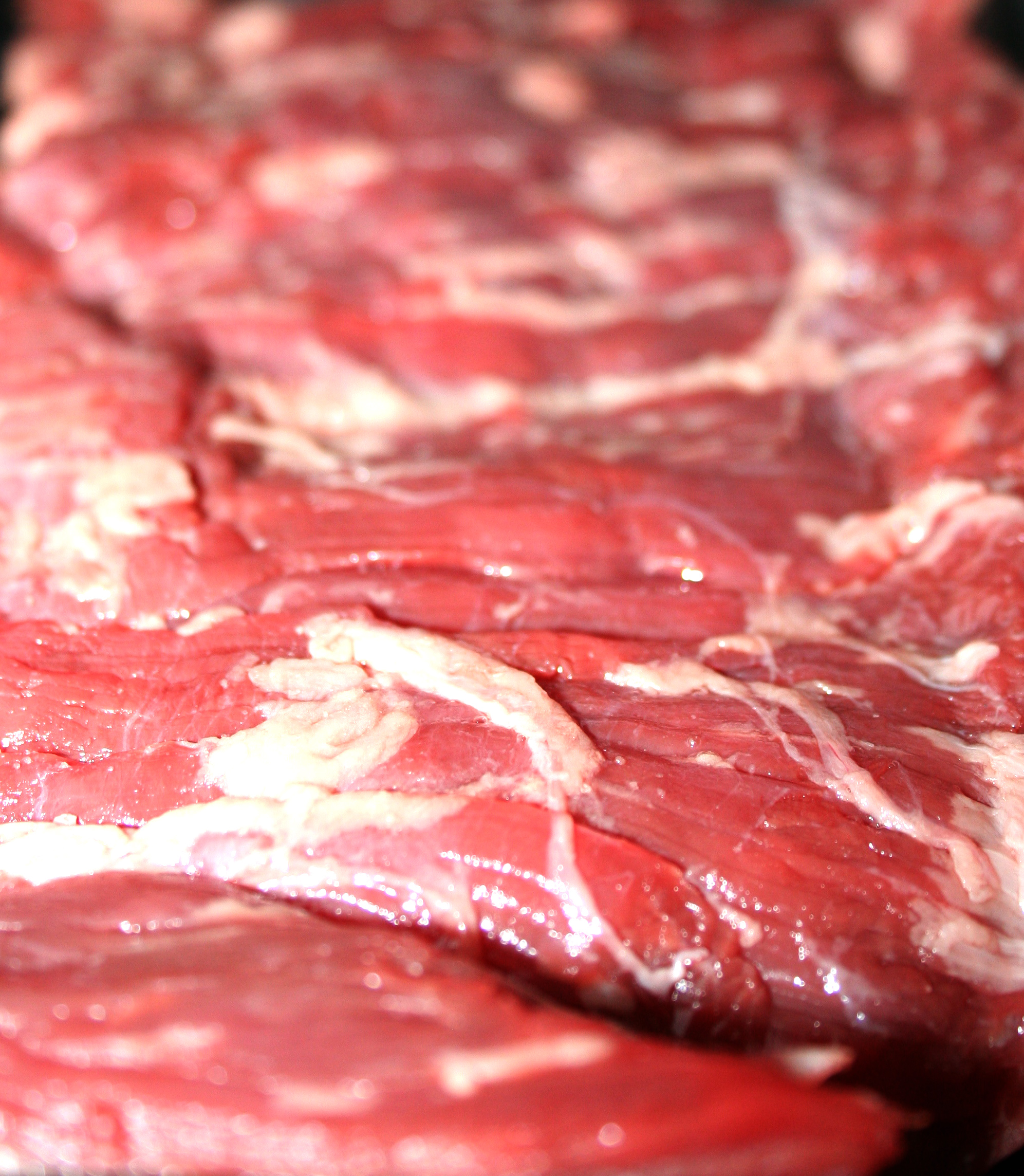 Cook your meat as specified in the recipe. Keep in mind that simply cutting against the grain won’t tenderize tougher cuts, so they still need to be marinated for the most tender results. Once cooked, let the meat rest briefly, if called for in the recipe.

If serving meat which will be pre-sliced, slice thinly against the grain. If you’re nervous about if you’ve sliced properly, give the meat a small taste. It should be easy to chew, even if it’s a tougher cut of meat. Serve, and rest assured that whoever is eating the meat you’ve cooked will enjoy their meal. 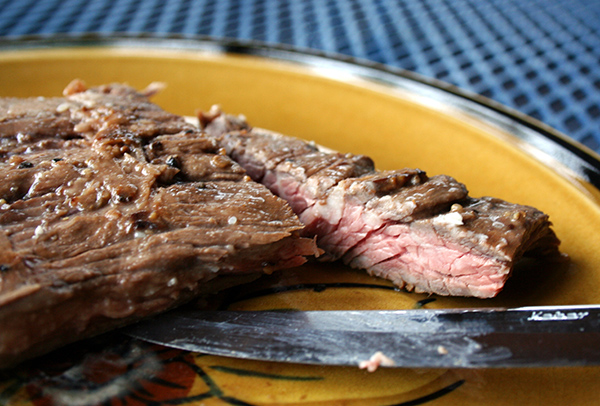