If you are a frequent baker, without a doubt you’ve come across the phrase “cream the butter”  in many a recipe. Creaming butter and sugar is one of the most basic, but also most important steps in baking a variety of sweets. It ensures a light and fluffy texture in cakes, cookies and more. 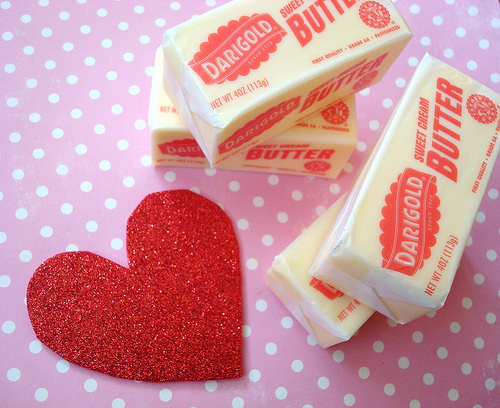 Photos and artwork via CakeSpy

Why do we cream butter?

An artist must prime a canvas before painting, to ensure that all of the colors adhere correctly. Although the medium is different, creaming the butter has a similar function in baking: you’re creating a primer for all of the other ingredients.

So what does this do, exactly? By beating the butter until fluffy, you are incorporating air into it. When you add the sugar, those little granules act like little knives, but instead of murderous intent, they are cutting little holes of air into the batter, even while the softness of the butter is making them dissolve into the batter. Later on, that air will come together with your leavening agent and expand, making your cookies or cakes rise to perfection. Among other advantages, this gives the baker a perfect cake decorating surface.

Why call it “creaming” the butter?

It has something to do with the texture. The texture of the butter changes during the creaming process, from a solid mass to a creamy consistency. 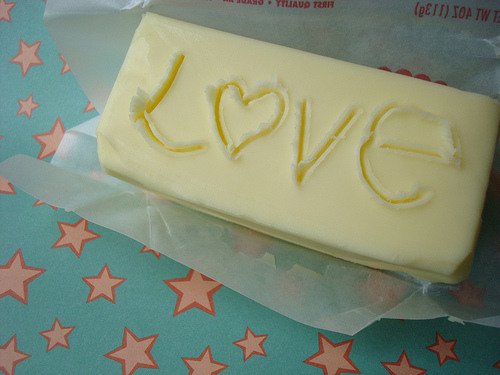 Does it matter if I use salted or unsalted butter?

Well, yes and no. Often, recipes will call for unsalted butter. This is because of the fact that the amount of salt is not consistent, so one type of salted butter might make great cookies, but another one might yield salt licks. Using unsalted butter and adding your own salt will generally yield a more consistent and delicious result. So while the difference between salted versus unsalted butter might not be evident in the creaming process, it may be in the final result–so be safe and stick with unsalted unless otherwise noted in the recipe.

By the way, you can cream other types of fats, too, though. Butter is arguably the most common ingredient in the creaming equation, but lard or shortening could also be creamed with sugar. The sugar, by the way, could be granulated white, brown, or even confectioners’, although confectioners’ sugar will not cut the same air bubbles in butter that the coarser grains of granulated or brown sugar would. 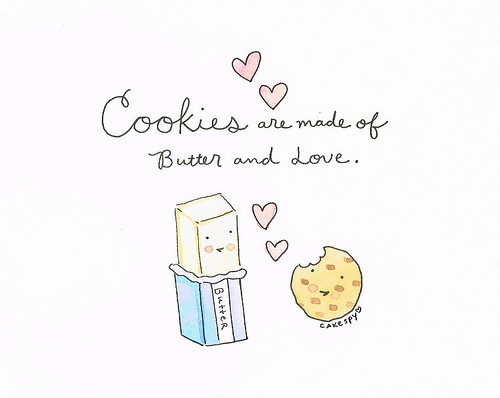 What will happen if I just mix the butter and sugar in along with everything else?

Honestly, if you were to skip or scrimp on the creaming process, you might still come out with an okay baked good. There are some recipes which call for “dumping” all of the ingredients together and baking. But for many classic recipes, skipping the creaming process will result in a heavier, less delicate texture.

Creaming butter is not necessary with recipes that call for melted butter mixed in to the batter (such as many brownie recipes). If you see melted butter or liquid oil as the fat in a recipe, chances are creaming will not be part of the process. Also, recipes that call for cold fat, such as pie crust, will have you actively avoid creaming, because they are meant to be flaky, not delicately crumbed, in texture.

Do I need an electric mixer to cream butter?

No, you don’t. You can cream butter and sugar by hand, but you’ll need some serious elbow grease if you don’t have one, as the process will take significantly longer.

No, it’s not. But to ensure baking success, there are some basics that will help you attain success, so here’s a step by step process on how to do it well!

How to cream butter and sugar

Note:This is a great basic approach to creaming butter if a method is not specified in the recipe. Refer to your recipe to see quantities of butter and sugar.

First, soften your butter. Do this by placing the butter on the counter until it reaches cool room temperature. What does that mean? Well, you want it to be soft, but not gooey. If you touch the butter, it should retain its shape but offer very little resistance. If the butter is oily or starting to melt, it won’t cream as well. 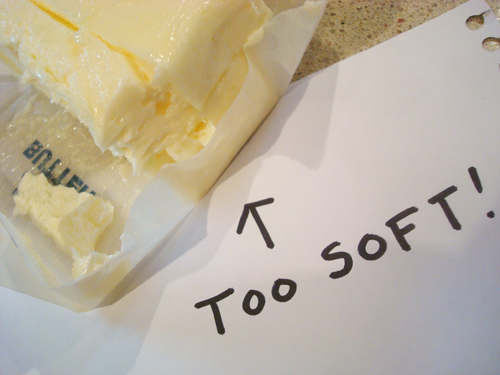 Softening the butter to room temperature can take up to an hour. Resist temptation to force softening it in the microwave. It works in a pinch, but it’s not a great habit to get into. Instead of rushing things, re-read your recipe and measure out your dry ingredients while you wait for it to soften.

Cut the butter into approximately 1/2 inch cubes, then transfer them to a large mixing bowl. Starting on low speed, beat the butter until the cubes have broken up and it appears to be one creamy mixture. This should only take about 30 seconds.

Now, turn the speed of the mixer to medium. Beat the butter for 1-2 minutes. Stop the mixer every so often to scrape the sides of the bowl with a rubber spatula, and to wipe off any butter that is caught in the beaters and might not be getting properly mixed. 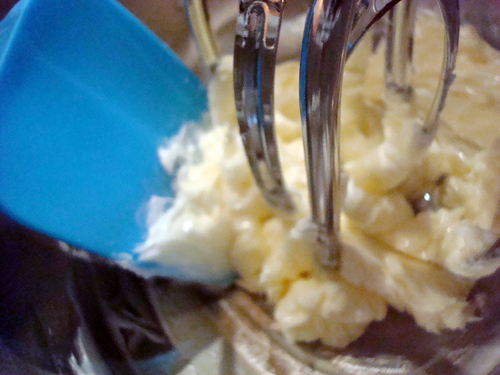 With the mixer on low speed, gradually add the sugar. Increase speed to medium. Once again, stop the mixer every so often to scrape the sides of the bowl with a rubber spatula, and to wipe off any of the butter and sugar mixture that is caught in the beaters and might not be getting properly mixed. 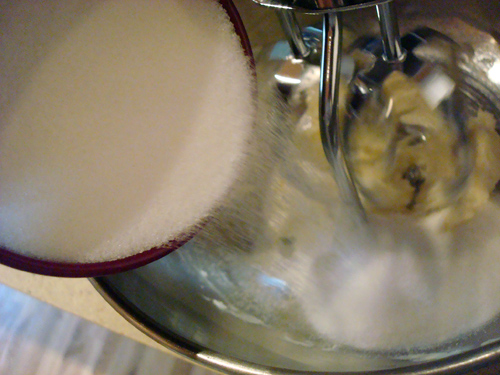 Continue mixing until the mixture has almost doubled in mass and has lightened to a whiteish-yellow color. Small ridges will form in the wake of the mixture once it reaches this texture, or the texture of your spoon or spatula will remain after you stir. This takes up to 5 minutes. 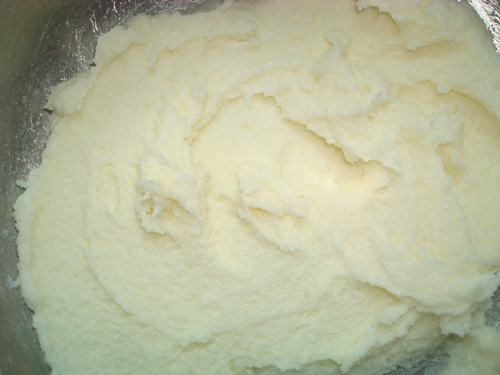 Once it reaches this point, please stop mixing. Soon after the point of creamed perfection, the mixture will start breaking up again and look clumpy — that means you’ve gone too far.

Now, you can proceed confidently with your recipe!