Has an air bubble ever popped up in your icing? Mine too. Air bubbles in icing when you are decorating a cake are frustrating and can ruin a beautiful job in a matter of minutes. They can show up immediately, slowly over time, or they can develop during delivery, but why do they show up and how do we prevent them? These are questions cake decorators have been asking for years. Today we’ll take a look at how to avoid air bubbles in icing. 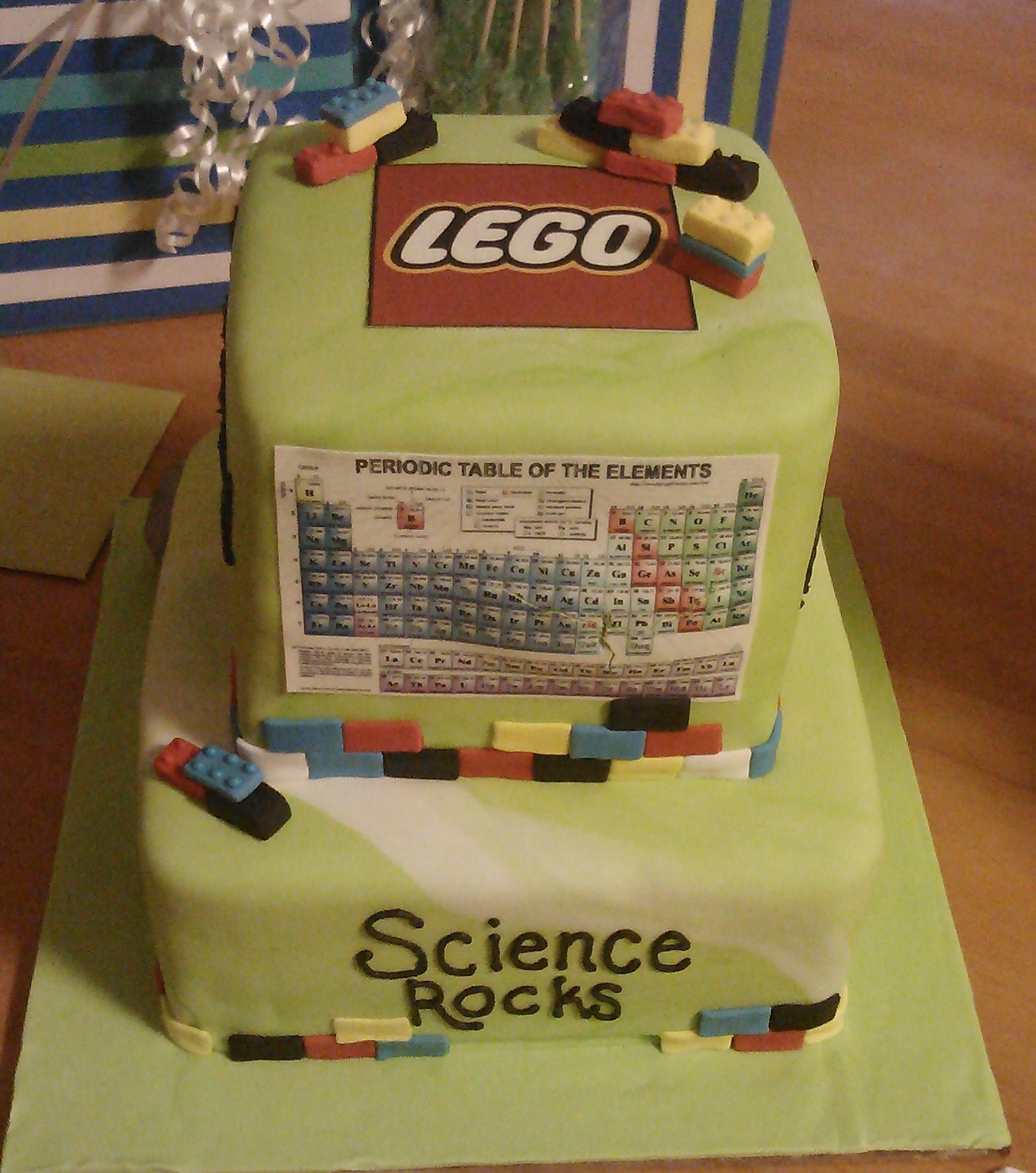 When an air bubble is formed, the buttercream actually pulls away from the side of the cake. Air bubbles can form before or after applying fondant. In the photo above, the large air pocket on the periodic table is due to the buttercream pulling away from the cake. Luckily, this was my son’s birthday cake, not a client’s, so no one cared about the bubble but me.

What causes air bubbles to form in icing? Here’s a look at some popular theories: 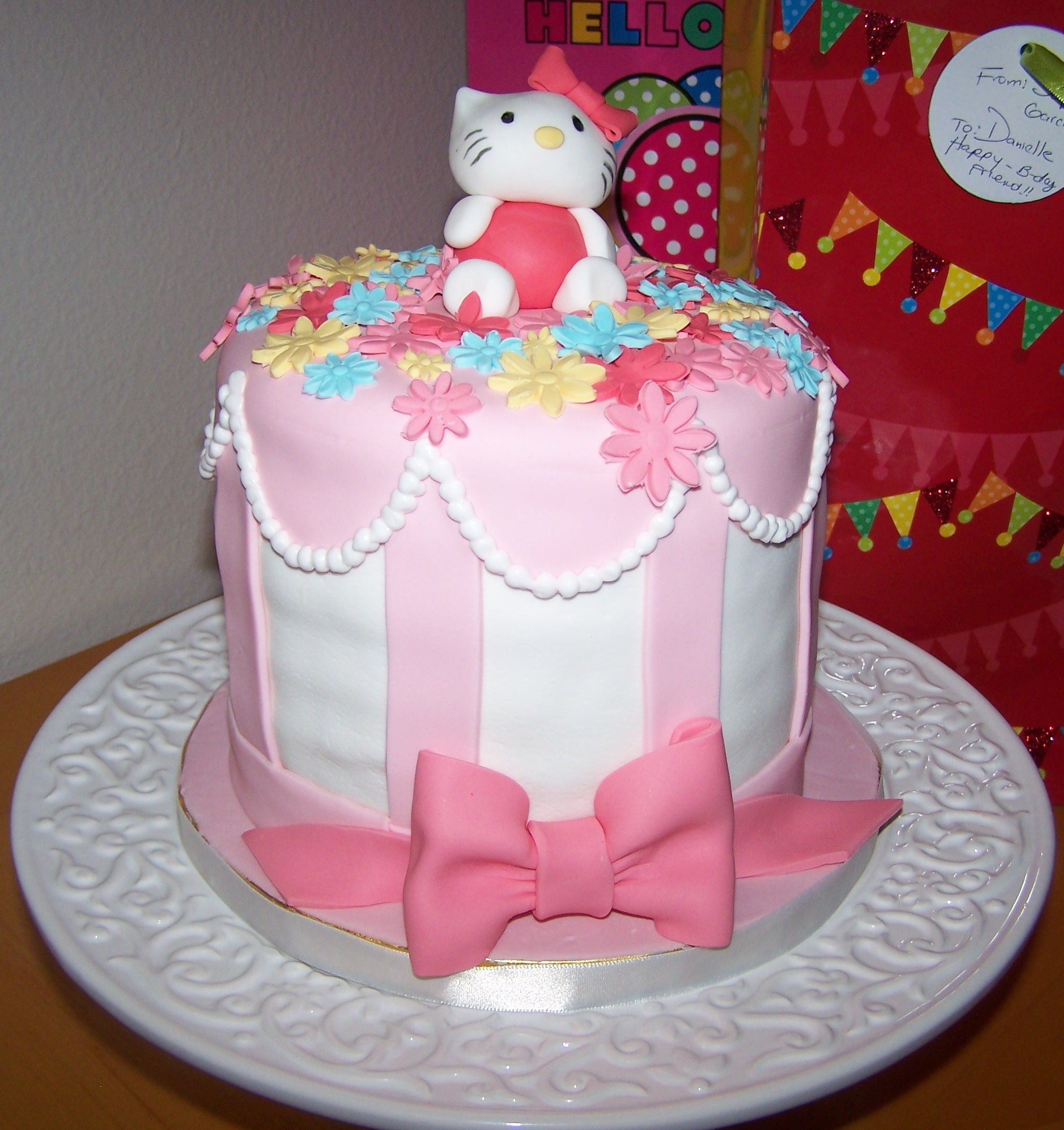 The most prominent theory is that the air pockets are formed due to settling stacking a cake. Although bulges can occur if your icing is too soft and it squishes out from between the layers due to settling, I have cut open a bubble to investigate and have found that the filling of buttercream between the cakes has not moved. I have also seen many air pockets that form that are not close to the layer of icing in the middle. There have also been reports of air pockets forming on Styrofoam dummies.

Using a thicker or more stable buttercream, such as Italian or  Swiss meringue buttercream, can help your cake hold its own weight with much less settling. If you love American buttercream, make sure your buttercream is thick but spreadable. This can help stabilize your cake and reduce settling. 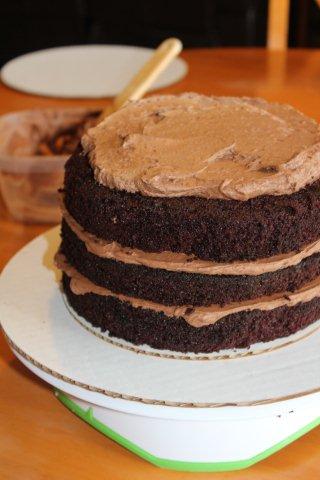 Another theory is that when stacking cakes, a pocket of air is trapped between the layer of filling and the cake, then due to the movement of picking it up, setting it down and spinning the cake, the air bubble slowly pushes its way out. It then reaches the edge and if you have already covered your cake in a beautiful thick layer of buttercream, the air pocket, pushes its way out to the buttercream and forms a large air bubble. 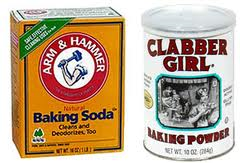 3. Leavening agents may be the culprit

If you make cakes from scratch, it is best to sift your leavening agents together with your flour to help disperse the ingredients throughout the mixture,allowing for better rising overall as well as reducing clumping. There are many decorators who believe that the air pockets are formed due to gasses that are released when baking soda or baking powder are not mixed properly and are left exposed to the buttercream or fruit fillings. This combination causes the formation of gases within the cake and air bubbles are formed. This theory could explain why air bubbles sometimes reappear after you have fixed them, but I cannot prove or disprove this theory since I am not a food chemist. 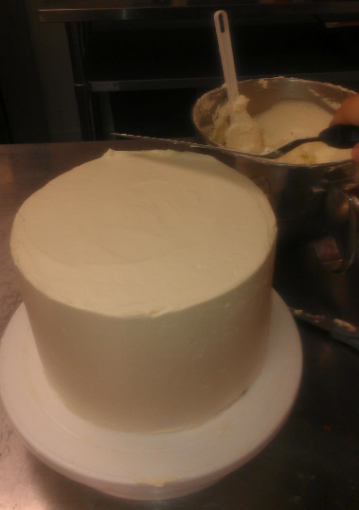 I believe I have personally debunked this. While making a three-tier wedding cake using American buttercream, I chilled the top and bottom tier but left the middle tier out to crust. Within the first hour, the room temperature cake had formed an air pocket near the base of the cake. The bottom tier, which was chilled overnight before being covered in fondant, never developed an air pocket. Also, after fixing the air pocket in the middle tier, I placed it in the fridge and chilled it overnight. Another air pocket never developed. 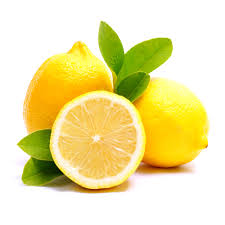 There is a theory even taught in some cake decorating schools that filling a cake with acidic fruit filling, such as lemon curd, could be the culprit. Although some of the cakes I have had problems with do have this type of filling, I have made many cakes filled with lemon fillings that never developed air pockets or bubbles. 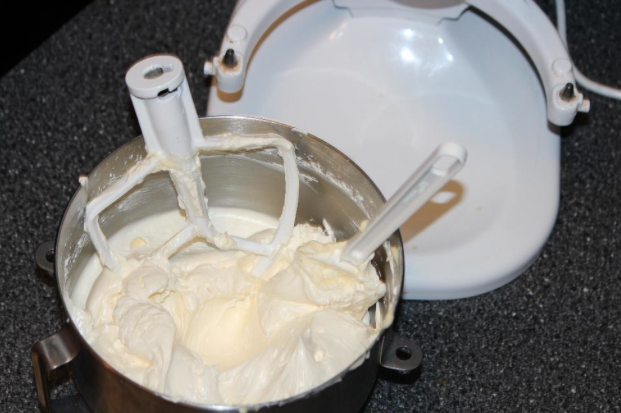 6. American buttercream vs. the world

Buttercream can be a controversial topic among cake decorators, so I won’t get into a discussion on which buttercream is better, however, in my experience I have not found an instance where air pockets have formed when decorating a cake with Swiss meringue, Italian or French buttercream. This seems to be a problem with only American buttercream, which consists of butter, shortening, powdered sugar and milk or cream.

Many cake decorators have also noted that when they make the change to a different buttercream, the air bubbles go away.

How do you avoid air bubbles in icing?

After researching this topic I have found a few ways that may help you avoid air pockets and bubbles to form in your cakes.

How do you fix air bubbles?

I wish I could give you a magic wand or even great advice on how to prevent and fix air bubbles in icing. The best advice I can give is to experiment with different types of buttercream. American buttercream is delicious, but the texture, ease of spreading and the stability of the European buttercreams may just change your mind and calm your nerves.

Have you experienced air bubbles in your icing? What type of buttercream were you using?