Vanilla extract is a staple ingredient in most bakers’ kitchens. Not only is vanilla a wonderful flavor on its own, but it can improve the flavor of just about any recipe that it is added to. As a result, almost every cookie and cake recipe out there calls for vanilla.

High quality vanilla extract is fairly expensive and it gets used up quickly, even though you only need a little at a time. Fortunately, you can save a little bit without sacrificing any vanilla flavor in your baking by making your own vanilla extract at home! 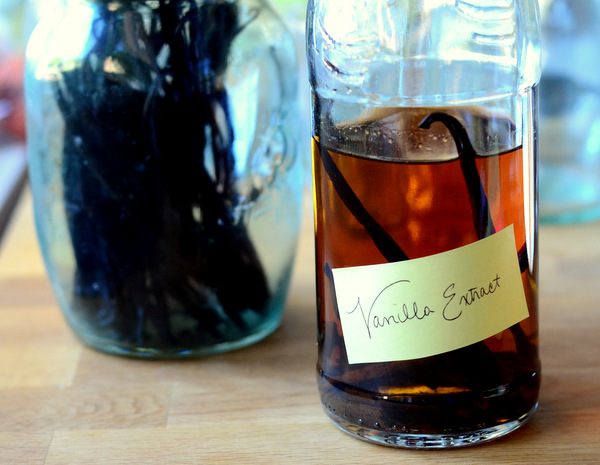 Homemade vanilla extract is made with just two ingredients: vanilla and alcohol. The alcohol easily and effectively extracts the flavorful oils from the vanilla bean, then it evaporates during cooking so you are left with only the flavor of vanilla in your baked goods.

I recommend using vodka or another relatively neutral spirit when making your extract, since you want to taste the vanilla and not whatever liquor you are using to extract it. I used vodka for this batch, but white rum, whiskey or even moonshine can also be used. You can’t go wrong with vodka, but there are actually a wide range of (relatively) neutral white spirits to choose from for a recipe like this one. 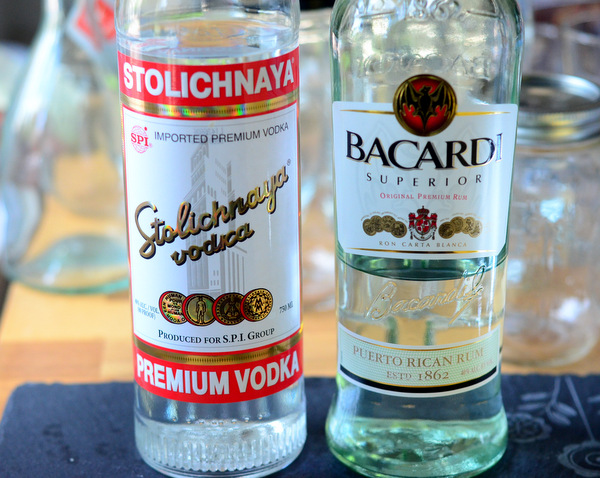 Once you have your spirits, you will need some vanilla beans. I recommend using 4-5 vanilla beans per cup of vodka to produce a rich, flavorful extraction. If you skimp on the vanilla that goes in to your extract, you’ll only be hurting your baked goods in the end. 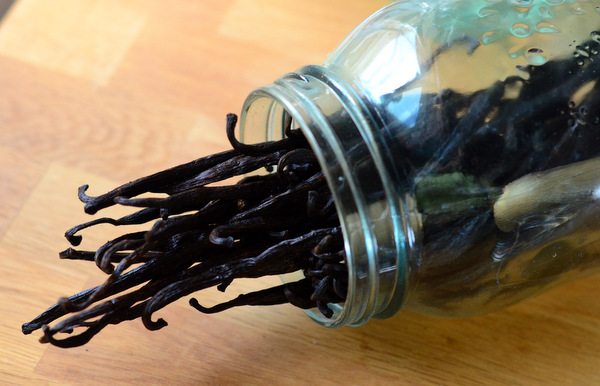 I always chop up my vanilla beans into small pieces when making vanilla extract at home. When you chop up the vanilla beans, more of the surface of the bean will come into contact with the alcohol in your container, pulling out more color and flavor. There is something to be said for the look of a whole bean in a bottle of extract, however, and you can keep one of the beans whole if you want to make sure that everyone who looks at it knows that there are many real vanilla beans inside.

The vanilla extract needs at least 1 week, but preferably 2 or 3 weeks, to infuse to the point where you can use it in recipes. You can leave the vanilla beans in the infusion (and add a nice speckle of seeds to your extract!) or you can strain them out.

How to make vanilla extract 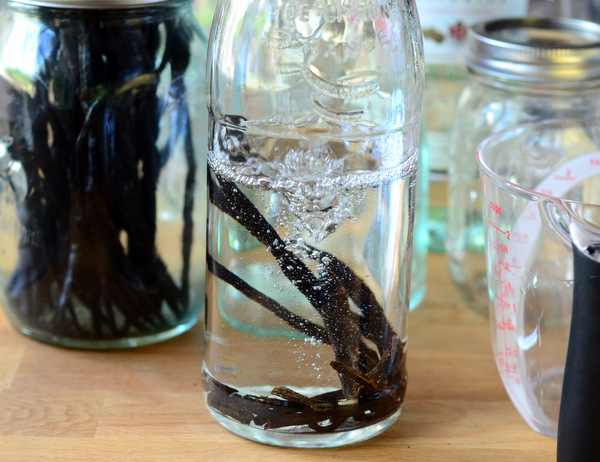 Allow vanilla mixture to infuse for at least 1 week and up to 4 weeks. Shake the jar or bottle once every day or two. As the mixture ages, the liquid will become a deep amber color. Vanilla pieces can be strained out of the jar before using.