It may seem hard to believe these days, but when the first impressionist painters started making work in Paris in the 1870s, they were not well received by the 19th-century art world.  Many of their contemporaries regarded them as amateurs or radicals who were unconcerned with the “rules” for making proper paintings. In fact, the term “impressionism” was originally intended as derogatory.

Though they faced opposition initially from the establishment, the power and beauty of the style overcame the objections of a conservative few to become one of the most important art movements of all time. 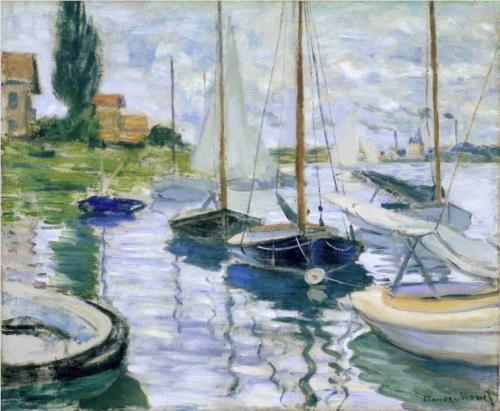 So who were the Impressionists?  Let’s get to know them!

Edouard Manet is considered by many to be the father of impressionism. While there were earlier influences on the movement, Manet was most directly associated with many of the other major painters, including Claude Monet, though he never identified himself as an impressionist.

Following his rejection from the Salon de Paris annual exhibition in 1863, he participated in an alternative exhibition with other painters who had been rejected that year. He quickly gained notoriety in art circles as a controversial figure in Paris’ avant-garde painting scene.

Below is Manet’s “The Monet Family in their Garden at Argenteuil” from 1874. Notice the loose, sketchy handling of the brushstrokes, particularly in Monet’s blue shirt, and the fields of color, mostly devoid of detail, standing in for grass and leaves. 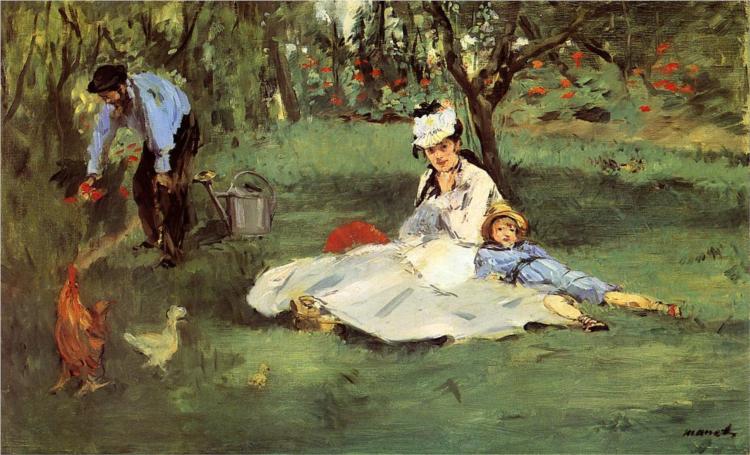 Edouard Manet “The Monet Family in their Garden at Argenteuil” 1874

Manet’s younger friend, Claude Monet, was a founding member of the impressionist movement proper, which was an actual organization that mounted its own independent exhibitions starting in 1874. Monet himself was responsible for the name of the movement. His painting “Impression, Sunrise” (1873) was included in the group’s first exhibition, and was derided by the critic Louis Leroy, who called all participants in the show “impressionists” after the title of Monet’s piece. The group embraced the term and began referring to themselves the same way.

Even now, it’s easy to understand just how shocking and revolutionary Monet’s painting must have seemed, with its incredibly loose and gestural brushwork and striking limited palette. 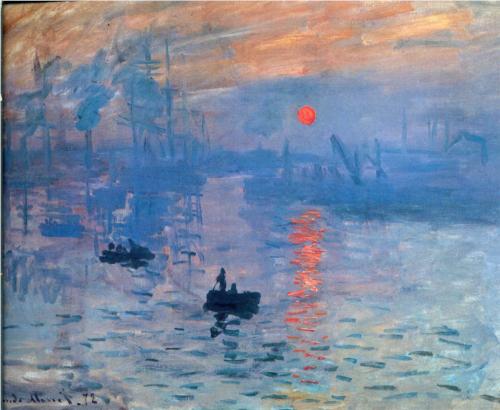 Another founding member of the impressionist group, Paul Cezanne, also took liberties with the Salon school’s philosophies of color and light. His still lifes focus on the luscious hues of fruit and fabric, and abbreviate the rest of the scene to frame what’s important. The fabric pattern on the upper-left of his “Still Life Post, Bottle, Cup and Fruit” from 1871 is only partially addressed, with bare canvas even left exposed. Meanwhile, the fruit looks as though it could fall right out of the painting. 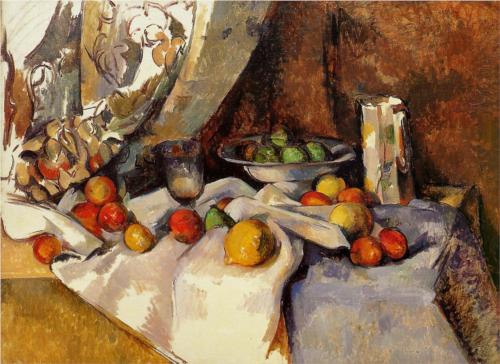 Camille Pissarro’s name may not resonate strongly to non-art fans like the names Monet, Manet or Cezanne do, but many painters know him to be one of the greatest impressionists. He was the oldest member of the group and became something of a father figure to many of the younger members, as well as the only member to participate in all eight of the Parisian “Impressionist” exhibitions, which ran from 1874 to 1886.

Pissarro’s style was confident and fully developed by the 1870s, and he was the rare impressionist that commanded the respect of most of the critical establishment.

He’s also known for more muted palettes and atmospheric exploration in his paintings, as in “All Saints Church Upper Norwood” (1871), seen below. 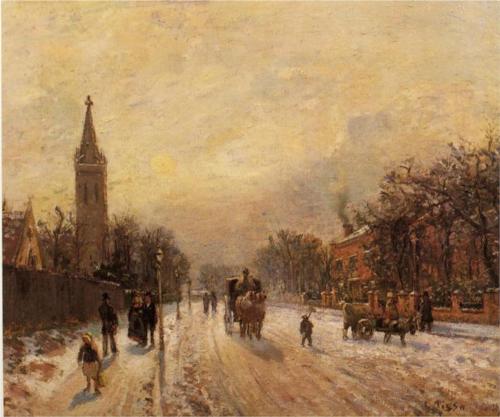 Not all of the original impressionists were men, however. Both Berthe Morisot and Mary Cassatt were important contributors to the group. Cassatt was the only American as well. She moved to Paris in the late 1860s and was introduced to the others by Edgar Degas in 1877, after having little success with the Salon.

Cassatt was adept in pastel as well as oils, and her subjects frequently included intimate domestic scenes and mothers and children. The pastel below of her sister demonstrates her amazing command of the medium. 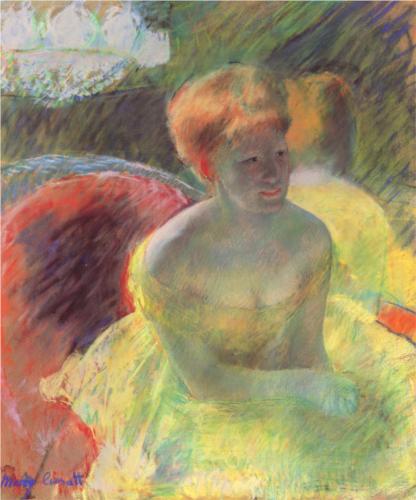 Who are some of your favorite impressionists?