Does the very word “geometry” evoke unpleasant memories of high school pop quizzes? Even if geometry wasn’t your strong suit in school, happily, these geometric painting ideas don’t require a high GPA or knowledge of theorems. 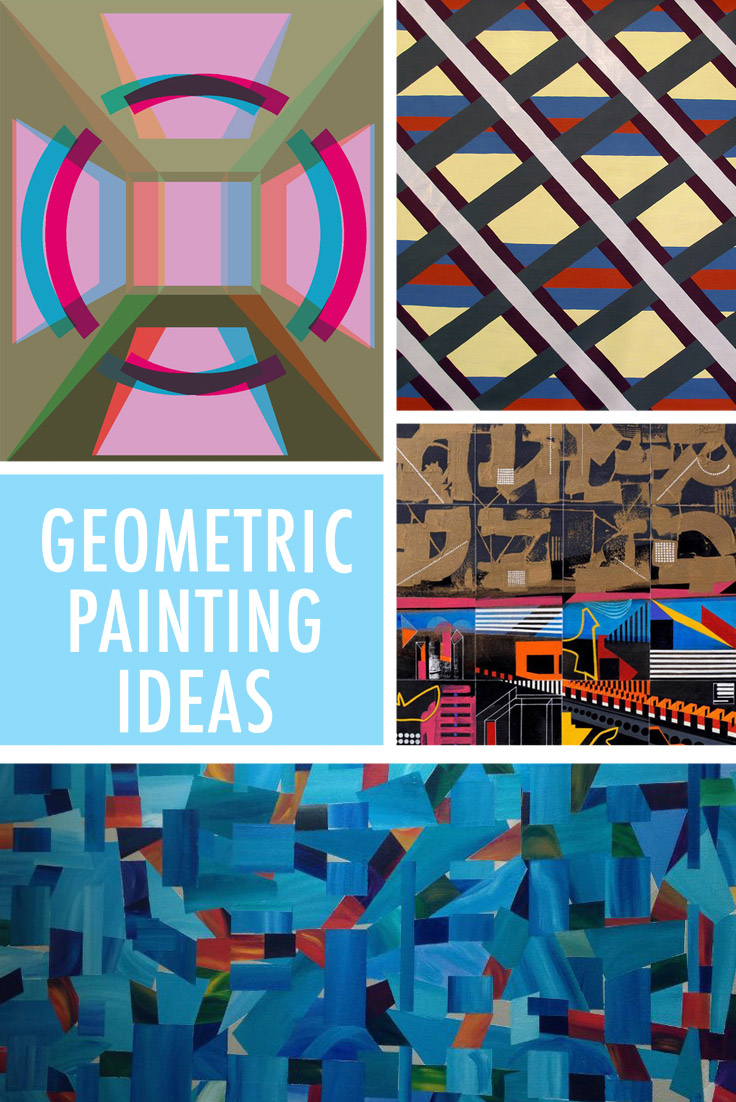 Using geometric shapes in your painting can translate to dynamic, eye-catching imagery in your artwork. Whether the geometric inspiration is embodied in an abstract way or used with a symmetrical precision, the exploration shapes and their relationships in space can make for graphic, engaging compositions. 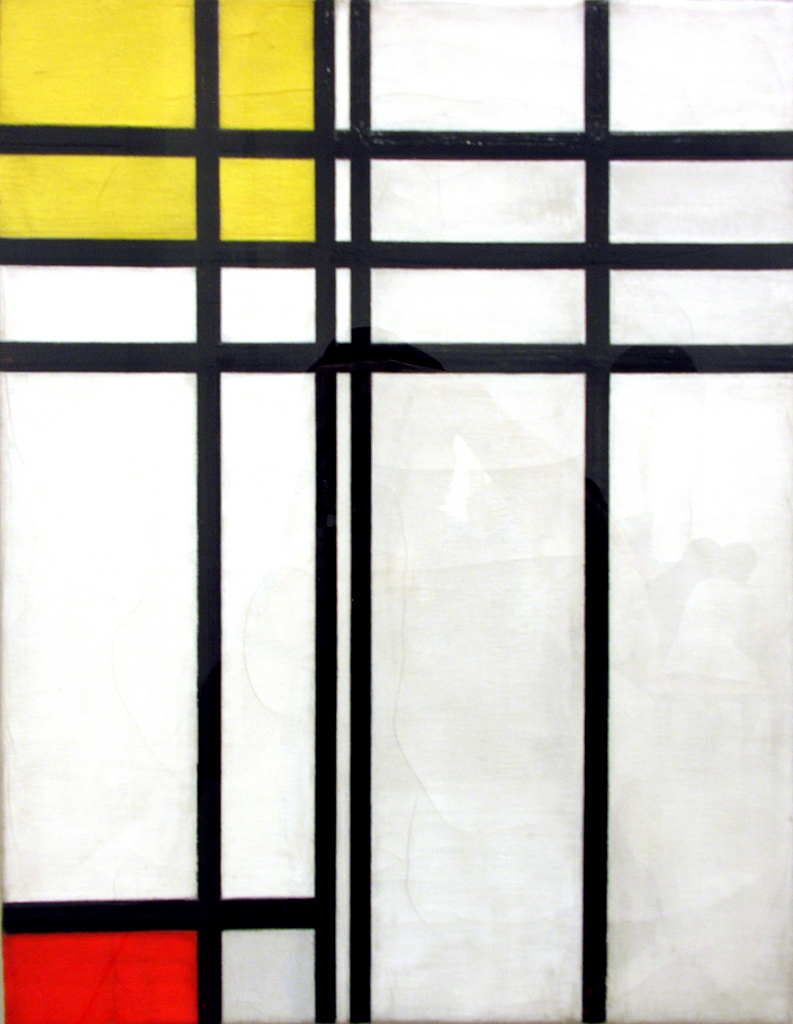 Piet Mondrian is considered one of the mac daddies of geometric painting (though this may not be the exact wording used in art history textbooks). Originally inspired by the Cubist movement, Mondrian evolved his own non-representational format for painting, which was termed “neoplasticism.” Basically, working in oil on canvas, Mondrian’s method went like this: Start with a white background, create an asymmetrical, bold grid with black lines, and then use the primary colors to fill in portions of the grid.

The images are often deceptively simple, but they work to draw in the viewer with visual questions created with the contrast created by the geometric shapes and colors. What drives the image: Is it the black and white lines, or the blocks of color? Or perhaps the geometric dynamic that occurs between them? 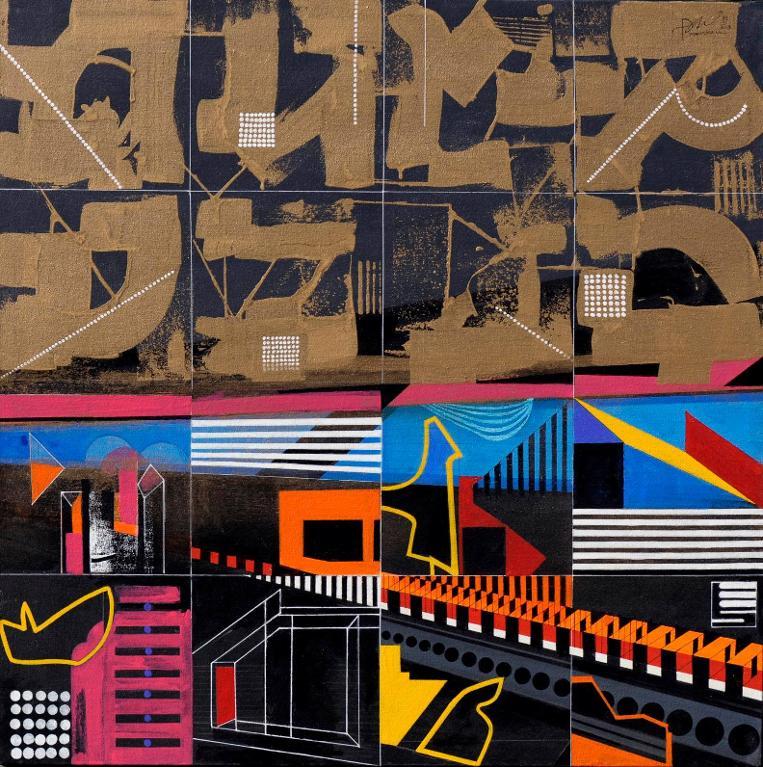 While this painting may appear as visual anarchy at first, there’s actually a detailed sense of order behind the composition of this acrylic painting, which is divided into a grid of equal-sized squares. In the top portion of the painting, gold, black and white paint were applied in a fluid and graffiti-like way. It acts as a compelling contrast to the bottom portion, which features precise, graphic geometric imagery. The grid acts to unite these seemingly at-odds portions of the painting, making it a fascinating composition which is equal parts nature and structure. 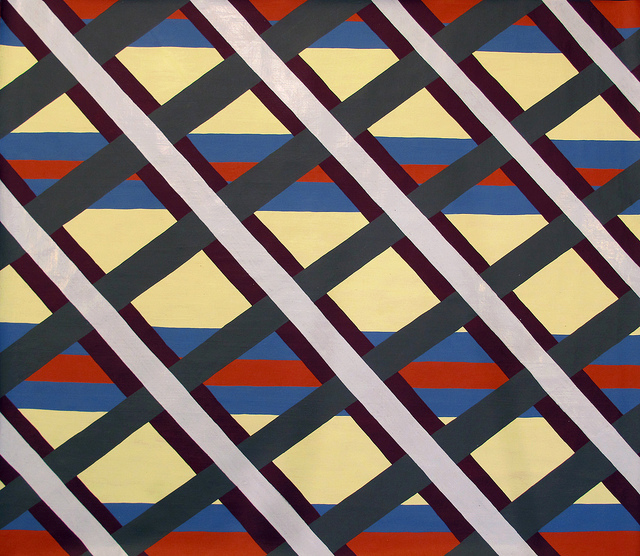 Painted in acrylic, this painting acts like a visual treat for the eyes. While it may seem complex at first, once deconstructed, you see that the structure of the painting is actually quite simple: It’s composed of a series of lines in three directions in black, white, yellow, red and blue. But once layered together, these simple lines create a densely layered, complex composition, with a myriad of shapes created by the cross-sections of the simple lines. The simple geometric shapes beg the viewer to engage with the painting, mentally deconstructing and reconstructing and finding unique shapes and color relationships with every glance. 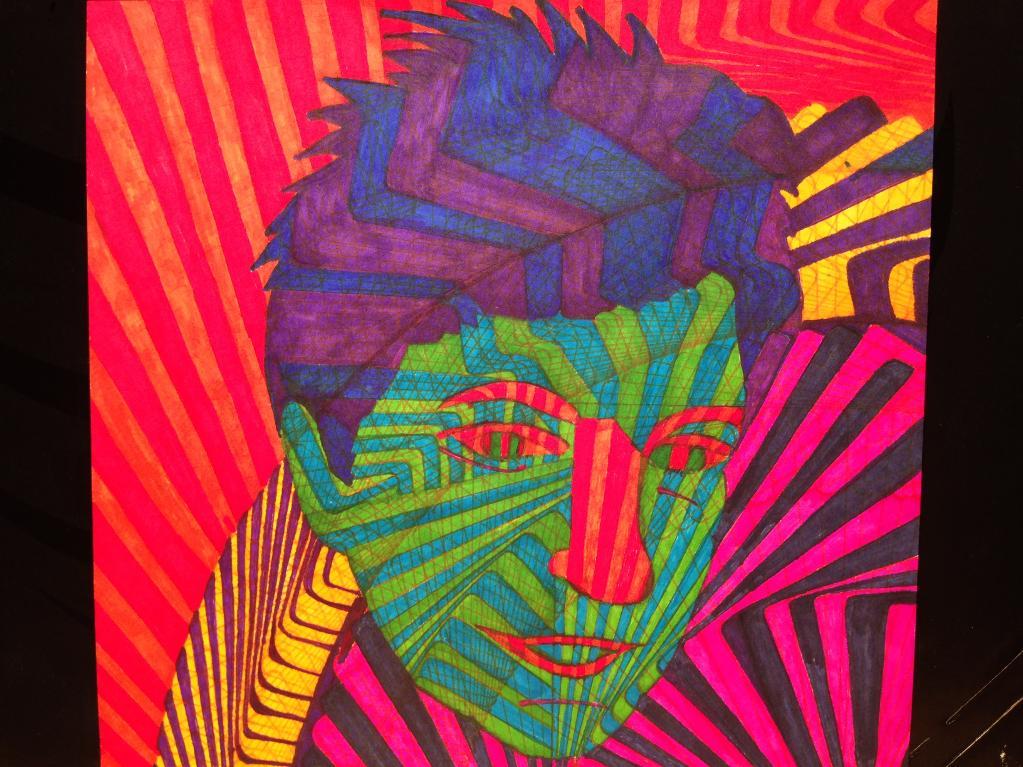 This is not your average selfie, thanks to geometric shapes. Painted in marker, the shape of a face in the portrait features organic shapes, which are contrasted by an intricate backdrop of geometric shapes. The artist created this unique look by employing a geometric stencil to create the shapes on watercolor paper, and then applying color using markers. The finished piece recalls the graphics of MTV in the ’80s, with a bright, poppy color scheme. 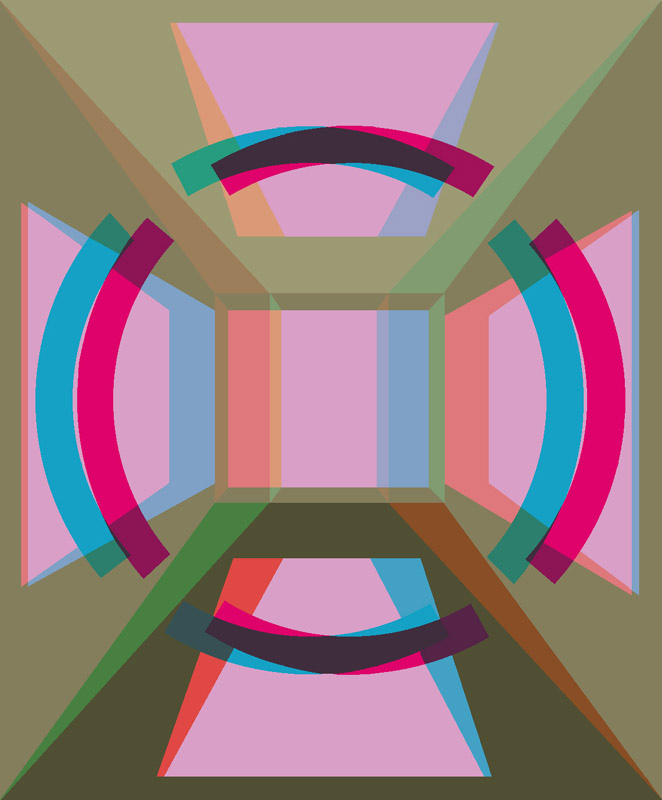 What in the world is going on in this image? Is it a 3-D image viewed without glasses? A silkscreen image, slightly off registration? Or is it an intentional 2-D image made to trick and treat the eyes? This painting was created as an “anaglyph,” which the name for the 3-D effect created by using different colored filters on each eye. As a stand-alone piece, the composition is compelling: an assemblage of simple geometric shapes altered so that the overlapping portions have varied color to create the illusion of transparency. To play with this concept in your painting, you could start by painting simple shapes of different colors overlapping. Then, paint the overlapping portion in the color that would be created by the combination of the two colors. 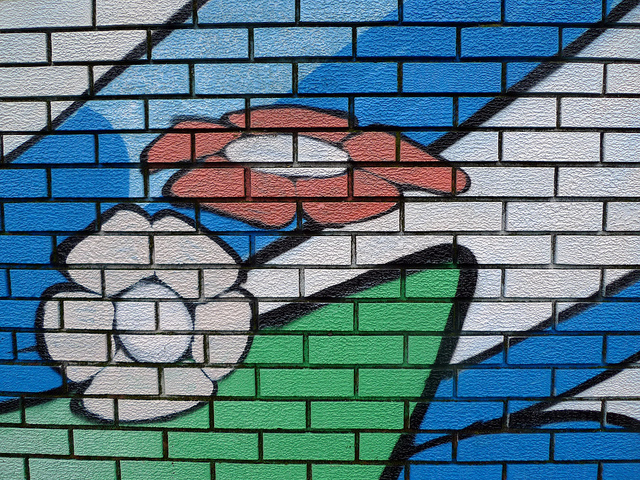 This mural makes clever use of the brick surface on which it is painted. By painting the mortar between the bricks black, it creates an instant graphic, geometric backdrop for the painting. While the imagery of the composition features simple floral and leaf shapes, they become instantly more compelling due to the geometric backdrop created with the bricks. This is an example of how creating a grid below a painting can create a cool, geometric effect. You can mimic this effect even off a brick surface, creating a brick-like pattern under your painting on canvas or paper. 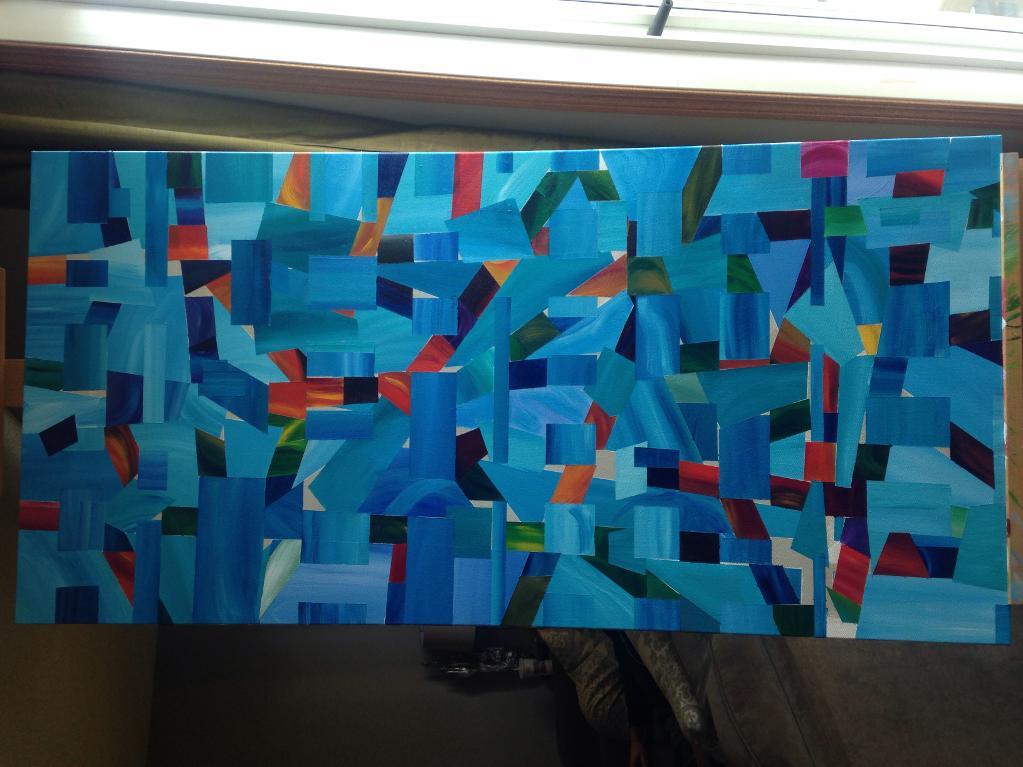 If you back up and squint, will you get a clear image of koi fish from this painting? Maybe or maybe not, but it certainly makes for a fascinating journey. This painting is composed of hundreds of small geometric shapes, including squares, rhomboids and triangles, which are each treated as mini paintings, featuring unique color gradients within the geometric forms. According to the artist, a color blocking technique was used, “masking it off and using a gloss medium and gesso base to ensure clean lines.” Once assembled together, these geometric forms create an absolutely fascinating visual effect, combining the fluid, painterly gradients with a very orderly format.

Have you ever created a geometric painting?