If hunger is the problem, focaccia bread sandwiches are absolutely the solution.

Focaccia bread is a unique vessel for just about any type of sandwich. It’s hearty yet airy, with a tender texture that absorbs the flavors of foods used as fillings in a delicious way, yet it has enough “chew” to maintain its shape for easy eating out of hand. Its flat shape allows for even stacking of fillings, and its olive oil and herb-rich flavor plays well with a variety of others.

Here, we’ll discuss the art of this tasty treat, including styles, tips and considerations, and some tasty focaccia sandwich ideas. 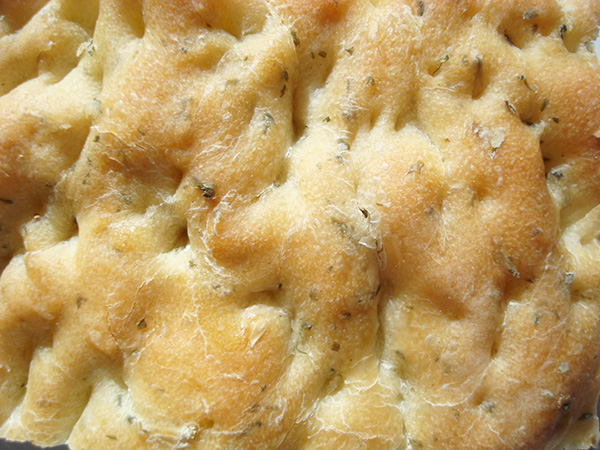 Make focaccia and flatbreads from scratch! 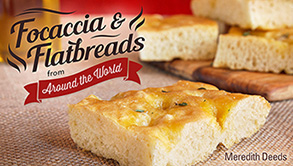 Get the techniques you need to bring fresh Indian naan, fluffy pita, homemade tortillas and more to your table in the online cooking class Focaccia & Flatbreads From Around the World. 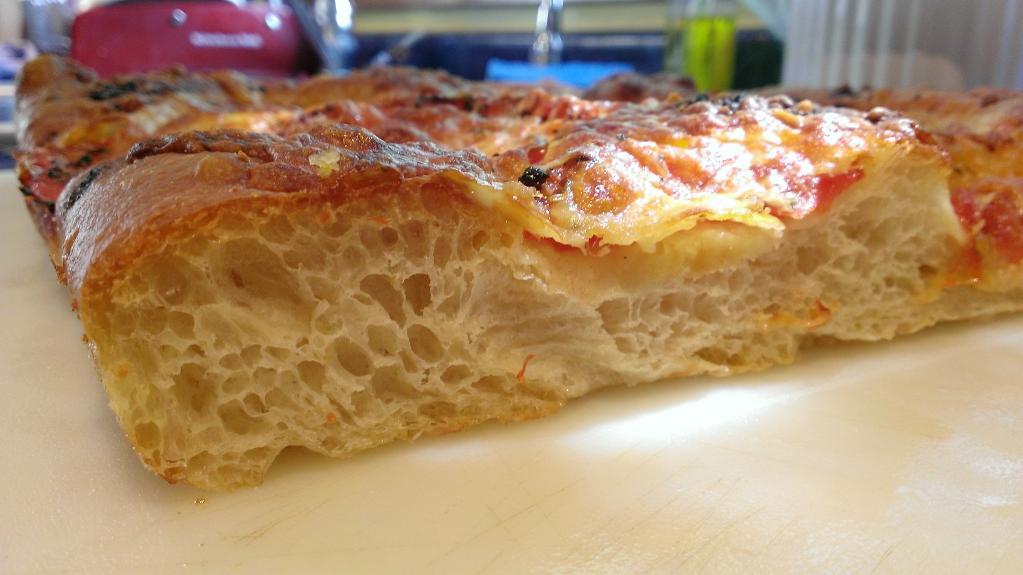 Italian in heritage, this yeast bread is baked fairly flat, often in a sheet or round pan, and texture-wise, it resembles a puffy pizza crust such as Sicilian. Owing to the yeast, it is more dimensional and spongy than flatbread. It is often baked with a glistening olive oil coating, and sprinkled with salt and herbs and spices. Focaccia can be served as a side for soup or salad, or it can be employed as the carb of choice for sandwiches.

There’s not just one way to make a focaccia bread sandwich. Focaccia can be further topped with vegetables or meats before baking, for a sort of open-face baked sandwich/pizza, or it can be topped after baking, or sliced in half and used as sandwich bread. We’ll discuss a few different modes of sandwich-making here. 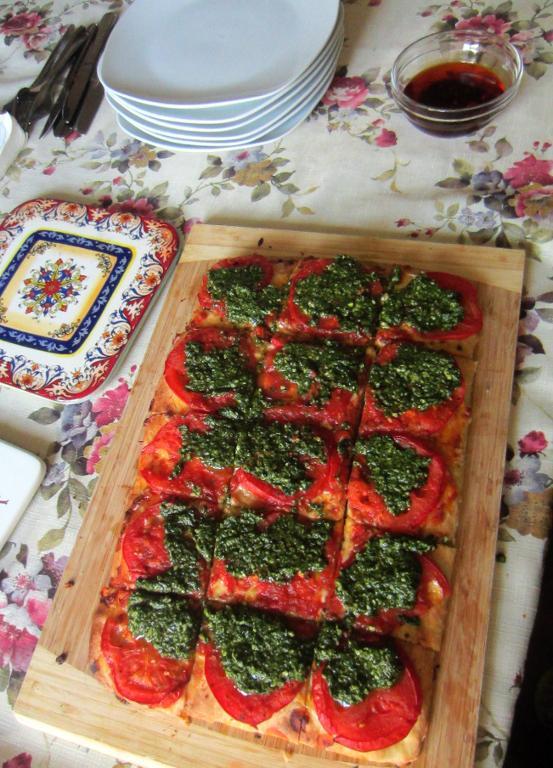 Use pizza as your inspiration for open-faced focaccia sandwiches. The method is very similar to making pizza: you put your chosen toppings on the bread, either before baking (as pictured above), or after baking. 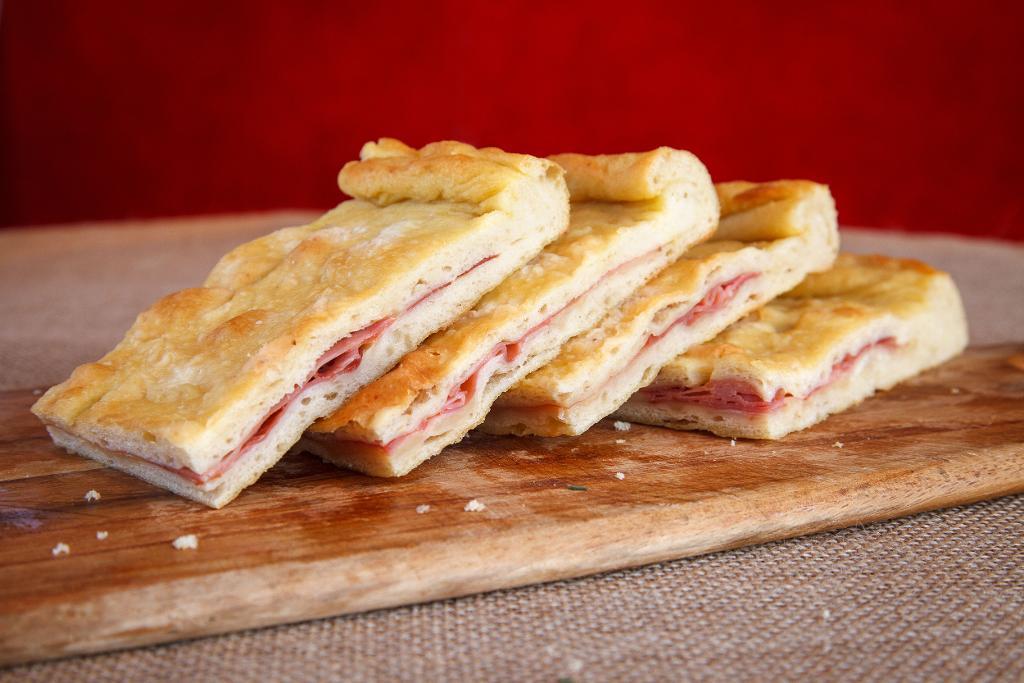 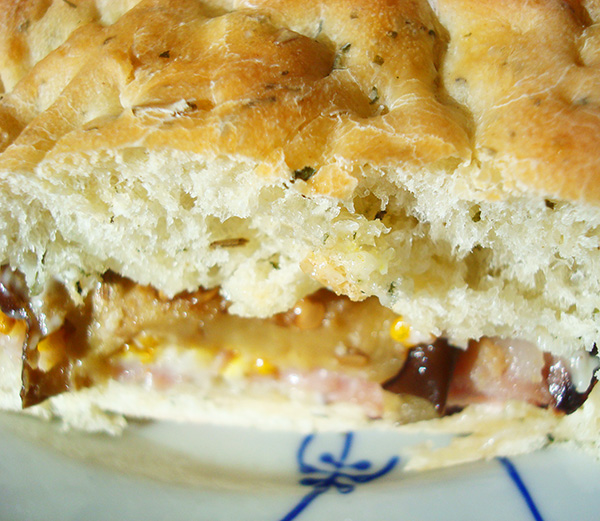 You slice a portion of focaccia bread lengthwise (like a bagel) and use it as sandwich bread.

How to make a a focaccia sandwich

Toasting your sandwich in the oven, wrapped in foil, will make all of the fillings toasty and flavorful without making the bread too crunchy to handle.

Slice the focaccia in half, if slicing. On the inside of each slice, spread any condiments such as mayonnaise, pesto, butter, etc. 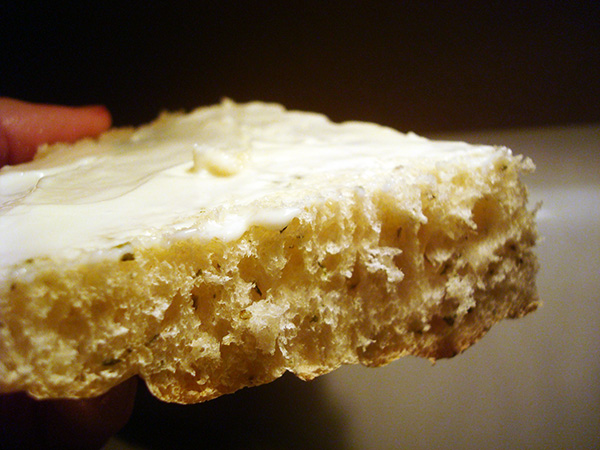 Layer other toppings on one of the halves, and then sandwich the top piece of bread atop the fillings.

Bake in the preheated oven for 10 minutes or as long as it takes for your fillings to get toasty and melted.

Remove from the oven and gently remove the foil; enjoy while still warm. 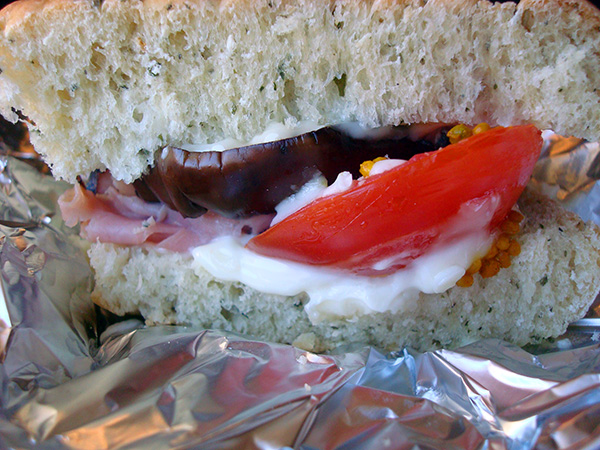 Now that you’ve got a good handle on what makes a successful focaccia sandwich, here are some recipe ideas. Any of these focaccia sandwich ideas will work for either an open-faced or sliced option. 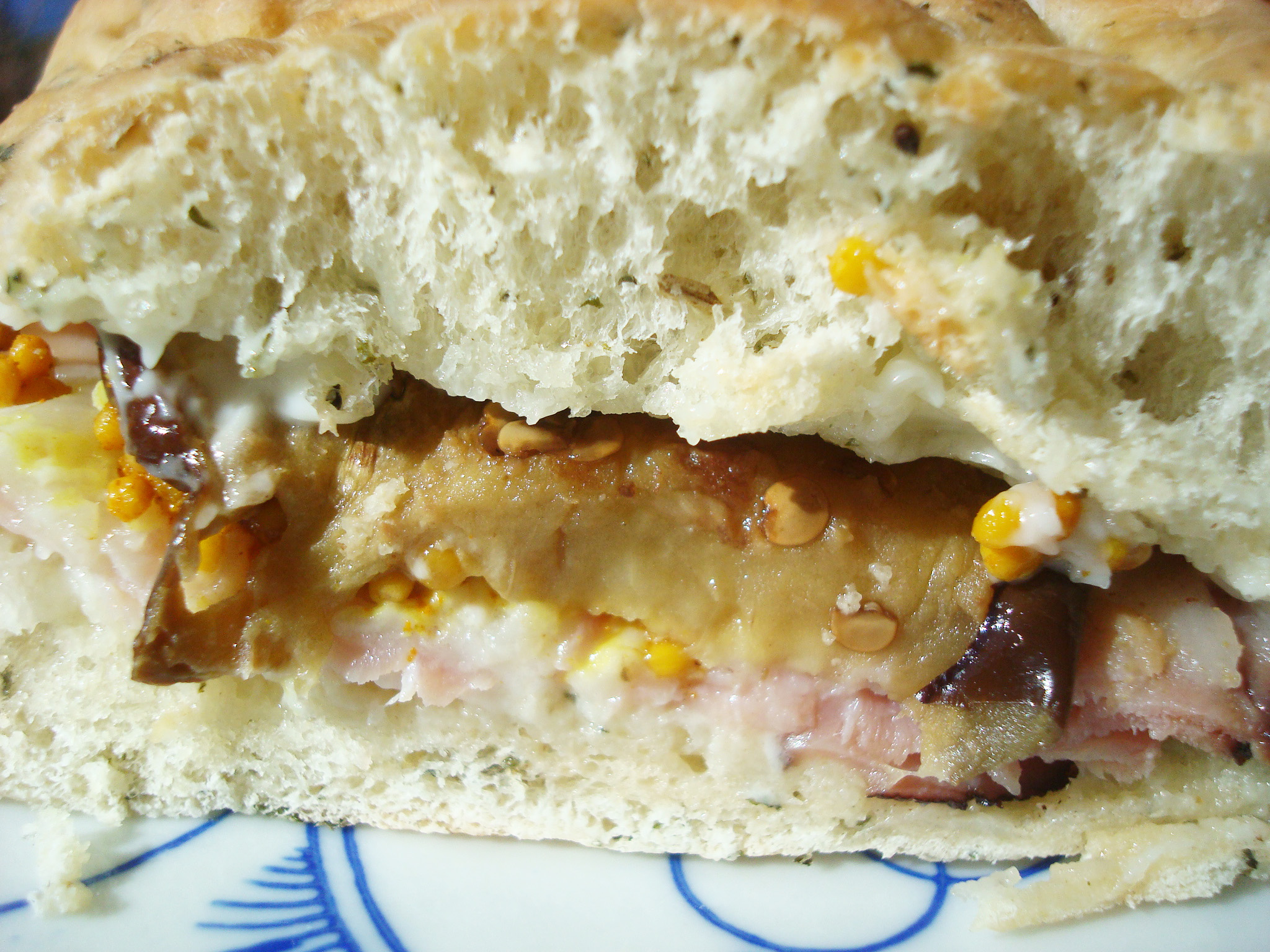 Place sautéed mushrooms on top of a thick slice of focaccia. Top with Swiss or any melting cheese of your choice. Bake per the instructions above.

Slice your focaccia in half horizontally. Spread each half with pesto, and then layer on turkey, mozzarella and thinly sliced tomato. Place the top back on, pesto side down. Either enjoy as-is, or bake per the instructions above.

Slice your focaccia in half horizontally. Lightly butter both halves, and then place scrambled eggs, cheese, bacon and any other fillings (avocado is awfully nice). Either enjoy as-is, or bake per the instructions above.

Slice your focaccia in half horizontally. Spread both halves with mayonnaise and mustard, and add slices of cooked eggplant, Black Forest ham, mozzarella and thinly sliced tomato. This sandwich is pictured above. Either enjoy as is, or bake per the instructions above.