With the Fourth of July right around the corner, I’m sure there are more than a few new DSLR owners looking to try their hand at photographing fireworks. Fireworks are relatively easy to photograph with a few simple tips that will get you well on your way. 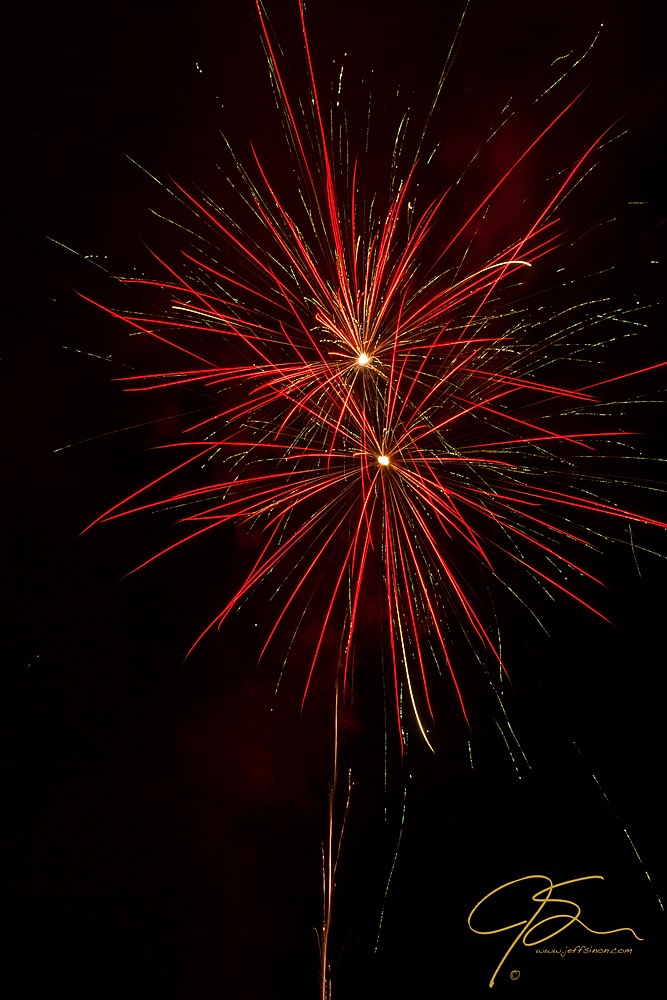 Let’s start with a brief refresher on camera settings and gear needed to capture those Independence Day celebrations.

For photographing fireworks, I recommend setting your camera to ISO 100, using an aperture of anywhere between f/8 and f/16. Generally speaking, you want to set your focus to infinity. When focusing to infinity, it almost never works to simply turn the focus ring to line up the infinity mark. I use two tricks to get a more accurate focus.

If it’s still light enough, simply use your autofocus and focus on an object that is very far away. Once it gets too dark to use autofocus, I look for a bright star in the sky and then, using live view, zoom in as far as you can go on your particular camera. Then manually focus until that star is as sharp as you can get it. Once you’ve got the star in focus, turn the autofocus off so you don’t accidentally refocus while shooting.

As for shutter speed, this is where you’re going have to experiment. I set my camera to bulb mode (in bulb mode, the shutter stays open for as long as the shutter button remains pressed), and use a remote shutter release.

To start, you’ll need your camera securely mounted on a tripod and a wide-angle zoom lens. When photographing fireworks, you’re going to be dealing with long exposures. Most of my fireworks photos fall within the 1- to 6-second range, much longer than you’ll be able to steadily hold the camera in your hand and still hope to have nice, sharp photos, so a tripod is a must.

I also would recommend a remote shutter release. Even though most cameras have a built in 2- or 10- second timer, I recommend the use of a remote shutter release because it takes some of the guesswork out of when to press the shutter. Using a remote enables me to press the shutter as soon as I hear the “whump” of the fireworks launching, which is often a few seconds before I actually see them rocketing into the night sky. I’ve found using the built-in timer to be way too hit-or-miss, with a lot more miss than hit for the shots I want to make. Often I’ll miss the first bursts or the streak of sparks as the shell launches into the sky. With the remote, I can activate the shutter with little delay.

I also use bulb mode  with a remote release so I can trigger the shutter more quickly as well as more easily experiment with exposure times. For exposure times I don’t have a set formula. I just press the shutter when I hear the fireworks launch and release it when I think I have what I want. Since not two or group of fireworks bursts are the same, there is quite a it of trial end error involved. 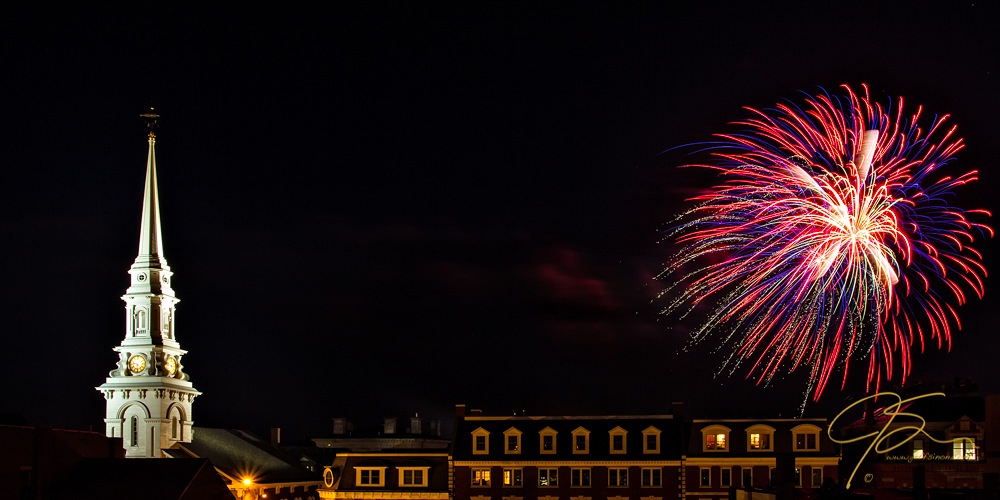 Now that we’ve had a refresher on the basics, let’s talk about making your fireworks photos really stand out.

In order to do that I suggest making the fireworks part of the photo, not the only thing in the photo. Frame-filling photos of a spectacular fireworks explosion can look good on their own, but that won’t differentiate your photos from anyone else’s.

Give your photo a sense of place by including local landmarks. Try to find a vantage point to photograph from that enables you to not only capture the fireworks display, but also a little bit of the surroundings as well. For the photo above, had I not included the church steeple and the rooftops, it could very well have been a photograph from anywhere. But anyone who’s familiar with New Hampshire knows this was taken in Portsmouth. 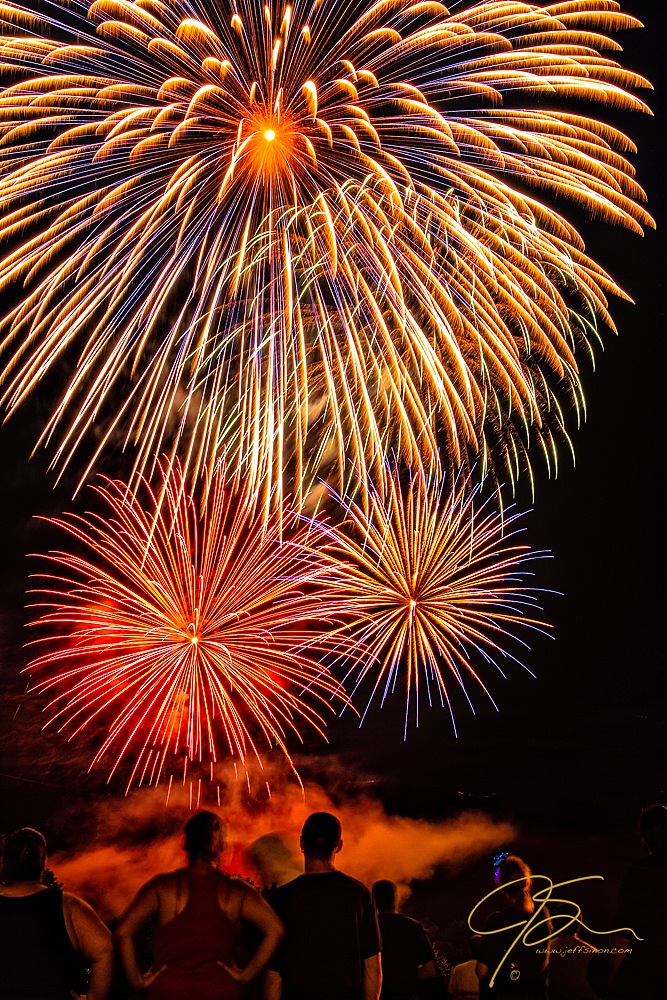 Another way to spice up your fireworks photos is to include some of the crowd of spectators watching the show. The easiest way to do this is to use a wide-angle lens to ensure that you include plenty of sky as well as the people on the ground. A little luck also helps as most of the people in the above photo where kind enough to stand still during the 4-second exposure. Sometimes you end up with ghosts if the people are moving too much.

Don’t let your photography stop when the sun goes down!