Fire is a fun subject for photography, offering a wide variety of creative possibilities. However, it can also be a tricky subject to capture, as the hugely varied lighting conditions — between the dark of the surroundings and the brightness of the flame — can really confuse your camera. 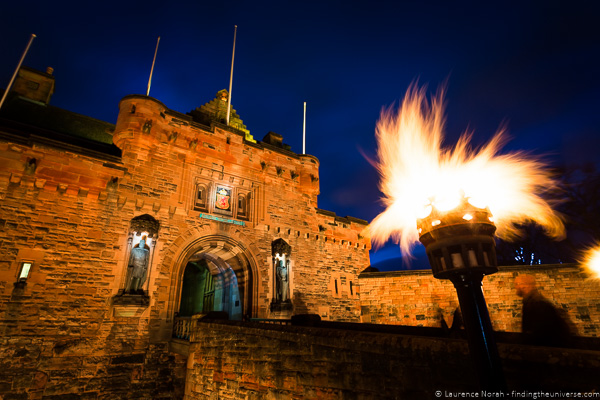 All photos in this post via Laurence Norah, travel photographer at Finding the Universe

I’ve shot a number of events involving fire, including the incredible Edinburgh’s Hogmanay celebrations, and I’ve picked up a few lessons along the way.

Here are my top tips for getting the best fire photography shots from your gear.

This should go without saying, but don’t forget that fire is dangerous. Don’t ever put yourself or others at risk in order to get a shot. The safest way to shoot fire, particularly on a larger scale, is to attend organized events such as fireworks displays, bonfires or fire twirling events, to name a few.

On gear for fire photography

Depending on the type of photography you are planning on doing, you will possibly need a tripod. While there will likely be a good amount of light available, you might find a fast lens with an aperture of f/4 or wider will give you more versatility, particularly if you are shooting less brightly lit subject such as candles. 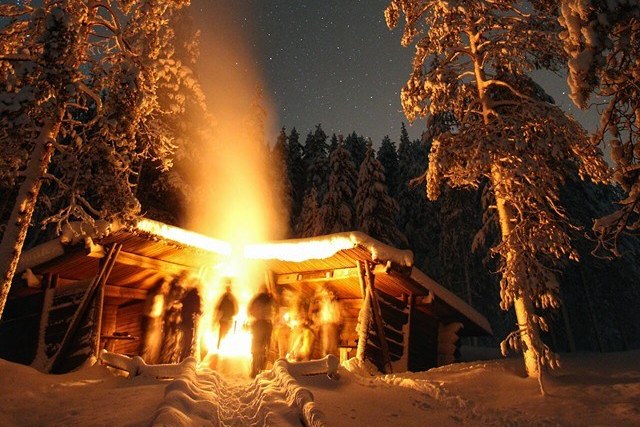 You’re also going to want to disable your flash. The idea is to capture the ambient light of the flame, and your flash is going to wipe that out straight away.

Now, let’s look at some specific subjects for fire photography and get some idea for shooting them.

How to photograph candles

Candles are actually one of the harder types of fire photography, because they don’t give out very much light on their own. The solution, of course, is to use more candles!

Shooting candles will require careful exposure management, as the contrast between the bright flame of the candle and its surrounds can be high. I’d suggest not exposing directly from the candle, but instead from the surrounding scenery — even consider leaving the candle out of the shot entirely and shooting the scene using candle light instead.

In terms of your camera settings, if the candle flame is still and there is no other movement in the shot, you can use longer shutter speeds and a tripod to get the moment. If there are people in the scene, you can’t lower the shutter speed too much as they will come out blurry, so compensate with a higher ISO to avoid motion blur, and open up the aperture as wide as it will go to let all that light in.

The light from a candle is a beautiful warm glow, perfect for illuminating people, so consider using candlelight as a natural light source for portrait photography.

Fire twirlers of all kinds are a lot of fun to take photos of. My favorite type of shot is a longer exposure shot — up to a second in length — capturing the trails of fire as they move through the air. You can even do this without a tripod, as the goal is to capture those moving light trails (although a tripod will, of course, help to reduce background blur from your hand movement). 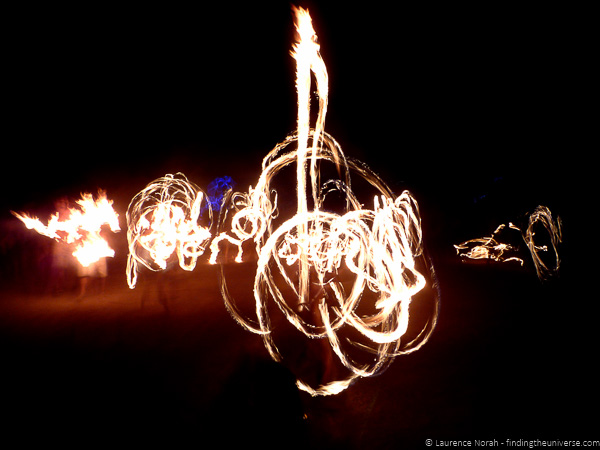 Alternatively, you can shoot at higher shutter speeds and “freeze” the action. This will probably require you to take a number of shots in order to get the one that you want. If your camera has the option to shoot multiple frames as you hold down the shutter button, try using that to maximize your chances of getting the right moment.

How to photograph bonfires

Larger fires such as bonfires are easier to shoot because they generate much more light and illuminate their surroundings relatively well — at least, compared to a candle!

I like to shoot crowd scenes at bonfires, to give an idea of the event and what is happening. Really long exposures, such as the 30-second shot near the start of this post, create a nice soft fire effect. 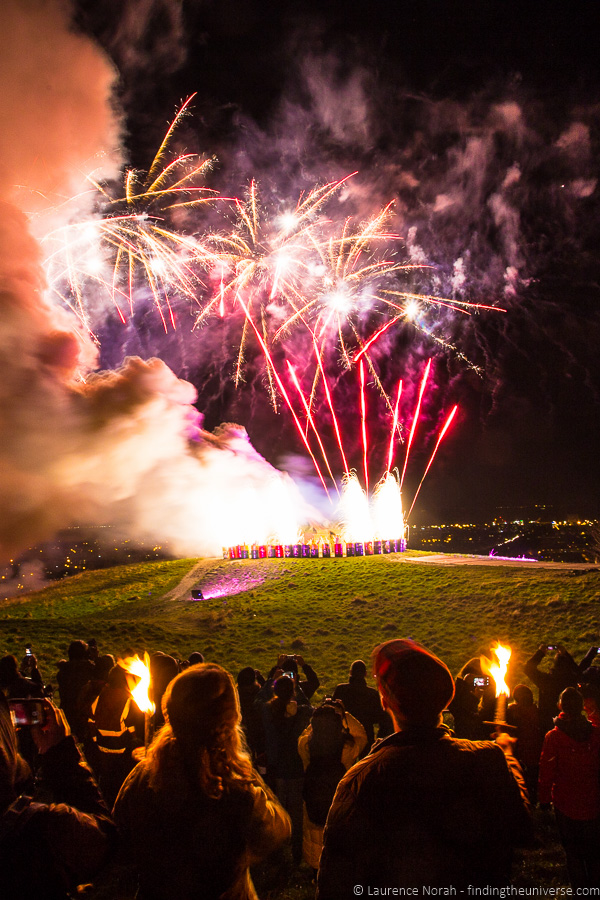 Alternatively, you can focus on the flames and shoot at really high shutter speeds to try and capture interesting and unusual shapes, like this shot below at 1/4000th of a second. There is usually plenty of light available when shooting directly into a fire, so you can use high shutter speeds to freeze the moment quite easily. 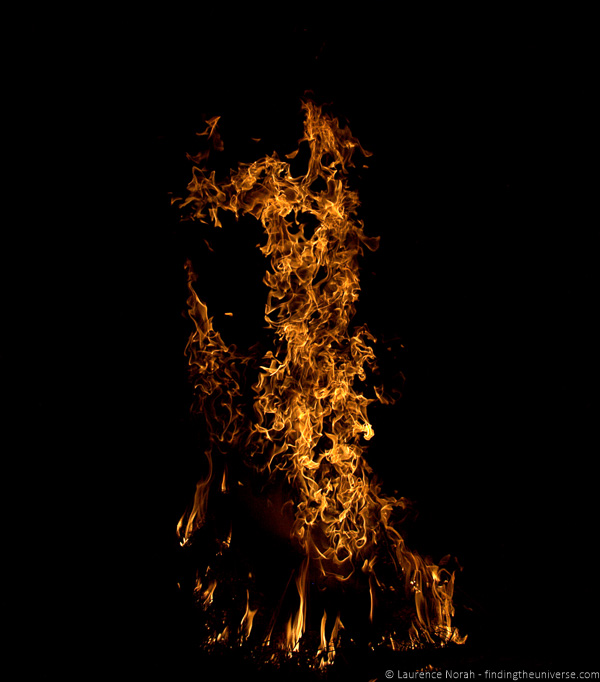 How to photograph fireworks

Fireworks are amazing to watch, but they can be a bit tricky to photograph. This is partly because you have no idea what’s going to happen, so there’s a lot of hit and miss, particularly when it comes to getting everything in shot. In that case, my tip is to shoot at a wider angle than you think you’ll need and then crop afterwards.

You’re also going to need a tripod for this, and to find a good spot with a clear view of the sky — preferably with something interesting on the horizon to help provide perspective and scale. 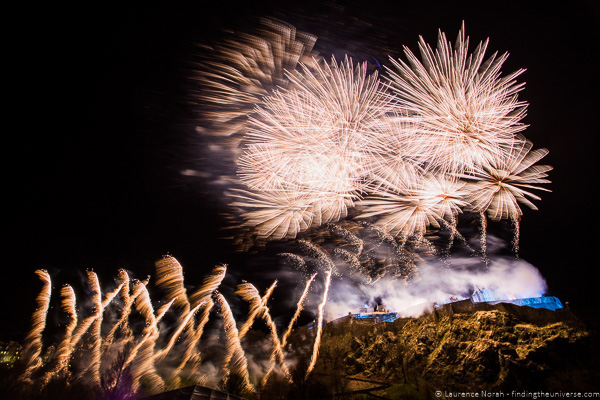 The tripod will let you take longer exposures — between 1 and 5 seconds will likely suffice, depending on the volume of fireworks going up into the sky. You don’t want to expose for too long or you’ll end up with a confusing mess of lines in the sky rather than clearly defined fireworks. There should be sufficient light to shoot with lower ISO ratings, in the 100-400 range, and you might even have to close your aperture a bit to compensate for the available light.

Once you’ve focused the first time, you should switch to manual focus and leave it set. You don’t want to lose the shot because the camera suddenly decides to start hunting for focus again.

How to photograph sparks

Last on our list of fire subjects today: sparks! You might have seen amazing shots with people twirling hot iron wool around to create huge spark trails. Well, you can achieve the same thing with a fire — particularly one that is giving off a lot of sparks. All you have to do to get those trails of light is use a slow shutter speed and a tripod and maybe close up the aperture a little bit to compensate if there too much light. 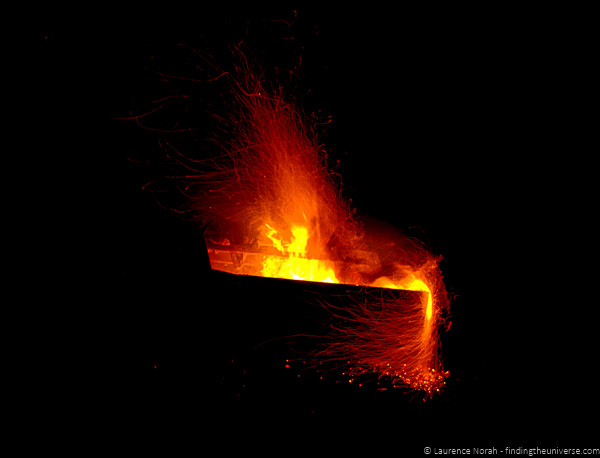 Got a favorite fiery subject to photograph or any questions about the above? Let me hear them in the comments below!