Drawing and painting the human figure has a long and storied tradition, dating from when we first painted on cave walls to the present day. It’s the bread and butter of any representational artist who wants to develop his or her skill set and it’s also an end unto itself. We’ve already seen some tips on figure drawing. Now let’s take a look at some of the great Masters’ figurative art for inspiration. 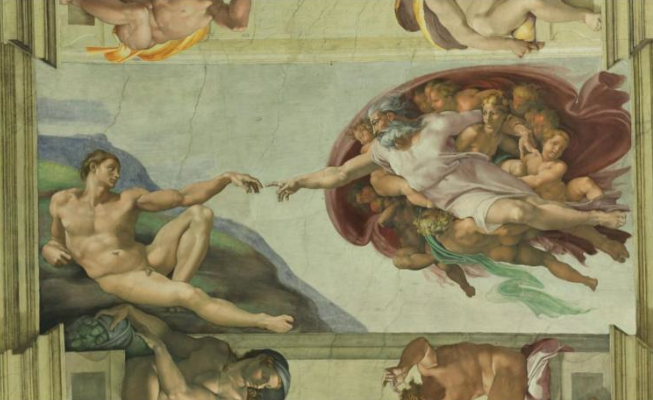 Leonardo da Vinci may have been the master anatomist behind the scenes, but Michelangelo was perhaps the greatest figurative painter of the Renaissance. His paintings in the Sistine Chapel alone stand among the most important and accomplished figurative paintings of all time, which is quite a feat considering he was considered to be an even better sculptor than a painter. Certainly few figure paintings are more well known than The Creation of Adam from 1510. The modeling of the forms, the heroic proportions, the brilliant colors and the subtle values all add up to one of the most breathtaking passages in any painting. 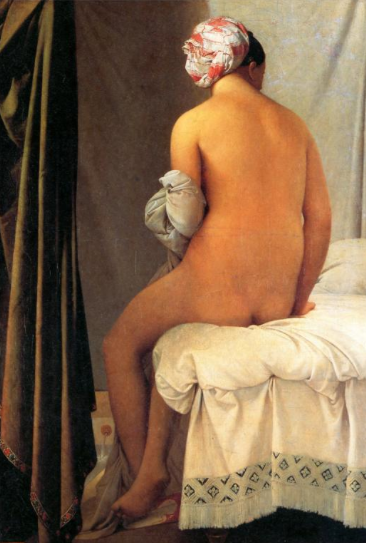 The Bather of Valpinçon by Jean Auguste Dominique Ingres from 1808 is a lesson in true restraint. Ingres undoubtedly knew his anatomy, but here we see him focused on the delicate forms of the figure bathed in a soft warm light. The viewer doesn’t even see the subject’s face, but Ingres’ tone is established in the relationship between his steadfast attention to detail in some passages and his letting the light tell the story in other parts of the painting. 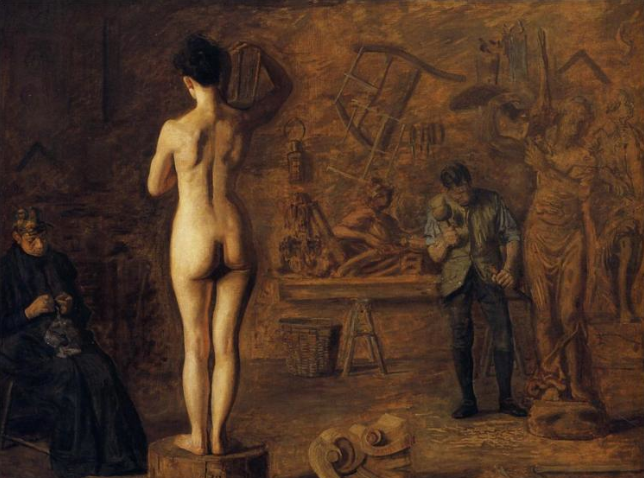 In the 1909 work William Rush Carving His Allegorical Figure of the Schuylkill River by the American painter Thomas Eakins, we get a glimpse inside the relationship between the artist and the figure model. Here, Eakins paints his friend as he sculpts, while both work from the same model. The focus is clear- Eakins has painted the entirety of the studio in a yellow ochre monochrome, and even the figures of William Rush and the woman knitting on the left are secondary to the intense scrutiny Eakins gives the model. The nude seems almost to radiate light, such is the skill with which Eakins has depicted her. 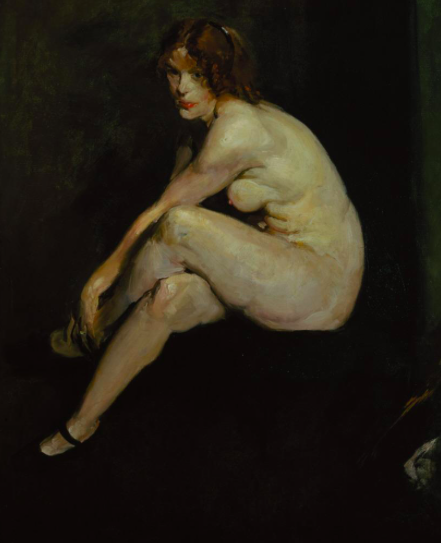 From the same year, Nude Girl, Miss Leslie Hall by George Bellows shines a much less flattering spotlight on the artist’s model. Here Miss Leslie’s nude flesh has a ghostly pallor, and the background is a dark, repellant cool green rather than a cozy ochre. Bellow’s aggressive alla prima brush work seems to slide and tumble across the figure, a far cry from the soft modeling and almost caress brushstroke of Eakins. 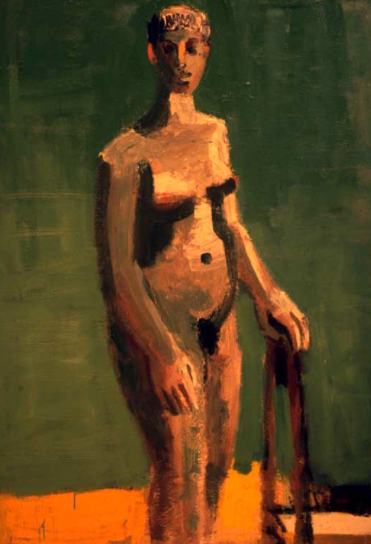 Cut to fifty years later, and Bay-Area painter David Park’s Green Nude from 1957 shows how significant the influence of Picasso and Matisse has been on figurative painting. Park’s figure is painted with a certain naivete that belies Park’s sophisticated understanding of anatomy and light and shadow. The childlike thick, expressive strokes and sharp color and value combinations on close viewing become a rather sound figure study when viewed from further away, underscoring Park’s interest in juxtaposing the traditional and the new. 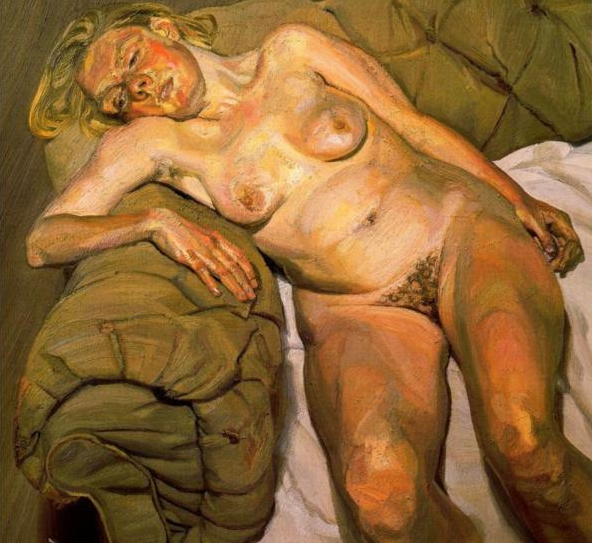 In Blond Girl Night Portrait from 1985 by British painter Lucian Freud, we see figurative painting coming full circle back to its academic traditions albeit transformed by a century’s worth of new ideas about the possibilities of painting. Freud’s rich, almost sculptural impasto and anti-idealized figure butt up against scholarly notions without rejecting them. His confrontational nudes are unapologetically realistic and true, yet could never have gotten there if not for the impressionist, abstract and expressionist paths that figurative painting has taken over the years.

Now it’s your turn. Who is your favorite figurative Master and why?

Want to learn fine art techniques from the masters? Be sure to check out Bluprint’s brand new Fine Art classes!