The widely popular Farmer’s Wife sampler quilt was designed and pieced by Laurie Aaron Hird. It consists of 111 blocks that measure 6”. The completed quilt is stunning and viewed as a great accomplishment to quilters. Let’s take a look at the history behind this masterpiece. 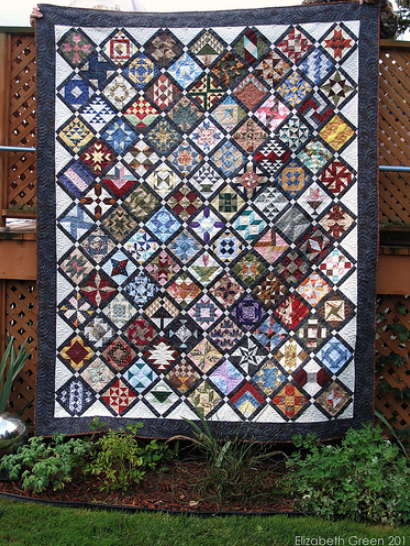 “If you had a daughter of marriageable age, would you, in light of your own experience, want her to marry a farmer?” This was the question that the editors of The Farmer’s Wife magazine asked their readers back in 1922. During the 1920s, people assumed that the lives farmer’s wives led wasn’t that great. The common thought shared by those that lived in cities was that farmer’s wives were unhappy, overworked, and desperate to help their daughters escape the farms where they were raised. The editors of the magazine thought this idea was completely wrong, so they decided to discover the truth by creating a contest for their readers, asking them to answer this question. Prizes were offered for the 68 most creative submissions, with the top winner receiving $200. The contest lasted for two months. To the surprise of all, over seven thousand people responded! After all of the articles were read and the opinions were counted, it turned out that the answer to the question was yes! 94% of farm wives would want their daughters to marry a farmer. 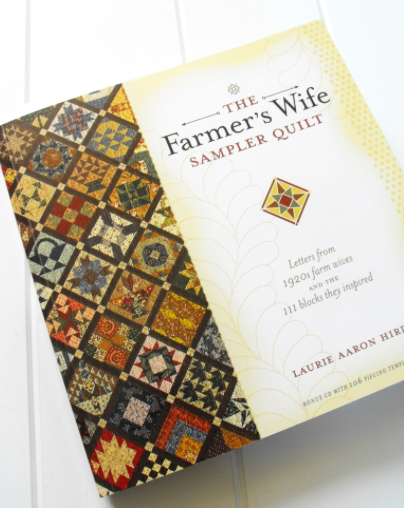 The editors of the magazine gathered the 68 winning essays and made a booklet called “Do you Want Your Daughter to Marry a Farmer?” These essays are the inspiration for Laurie Aaron Hird’s book The Farmer’s Wife Sampler Quilt. This book is filled with letters from 1920s farm wives and the 111 quilt blocks that they inspired. The first half of the book features excerpts from these letters. Photos of two pieced blocks are paired with each letter. The second half of the book features each individual block, diagrams for assembly, layout directions, and finishing instructions. The book closes with the actual list of winners from the Farmer’s Wife contest. 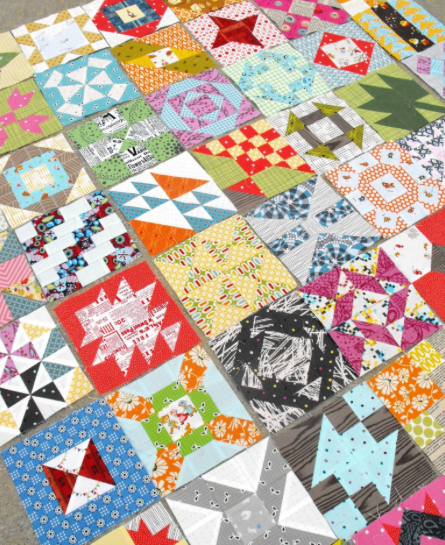 Since it was published in 2009, the popularity of The Farmer’s Wife Sampler Quilt has grown steadily. The combination of the charming letters and the stunning quilt have caught the attention of many sewists. Today, quilters of all ages enjoy sewing this sampler, both by hand as the author did, or by machine. Members of the online quilting community have joined in the craze as well. There is a large Yahoo group called “farmer’s wife sampler” that has thousands of members sewing together. This is a great resource for quilters, and the board includes tips, template advice, book corrections, and paper piecing patterns for the blocks. There is another popular Farmer’s Wife group over on Flickr. This is a group that my friend Amanda and I started when we decided to make the sampler together. We decided to host our quilt along on Flickr so that the sewing community there could join in. You can find this group here.

Are you ready to start a Farmer’s Wife sampler quilt of your own? Purchase the book here, check out the online groups, and dive right in!

In case you missed it yesterday, explore yo-yo quilts. Come back to the Bluprint blog tomorrow to challenge your quilting skills with the end-all-be-all of advanced quilt patterns—the double wedding ring!