Watercolor is one of the simplest forms of fine art around — you just need some paints, water, a brush and paper — but it is also one of the hardest to master. If you find yourself in need of watercolor inspiration, here’s a look at some of the true masters of watercolor over the years.

Understand key watercolor concepts like building your palette, color theory, and more so you can paint like the great artists.Get My FREE Guide »

Watercolor has been around since painting began, but didn’t really take off until the Renaissance. The German printmaker Albrecht Durer was an early practitioner and found the medium ideal for small, detailed studies. 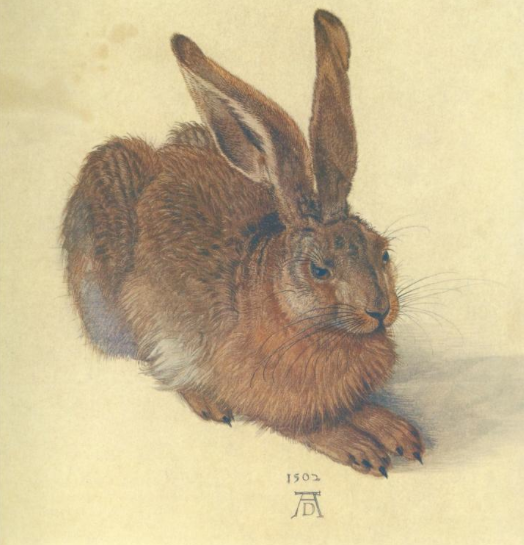 Watercolor remained a minor discipline within the painting world for some time to come, until English printmaker and poet William Blake rediscovered its illustrative power as he used it to hand-color etchings. 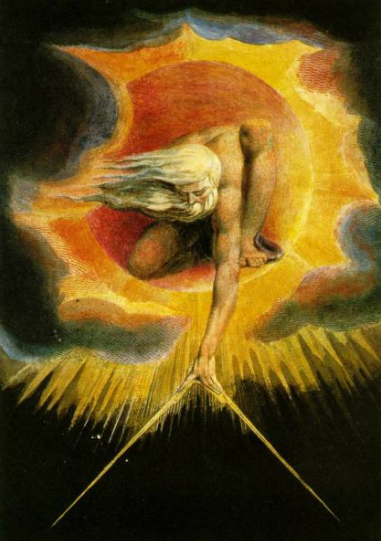 William Blake, The Ancient of Days, 1794

A slightly younger contemporary of Blake’s, J. M. W. Turner had also discovered watercolor as an ideal medium for plein air painting. Turner’s startlingly atmospheric and expressive paintings of the European countryside and seascapes anticipated the Impressionist movement by over 50 years and turned landscape painting into a vital discipline where it had previously been the domain of amateur naturalists and hobbyists. 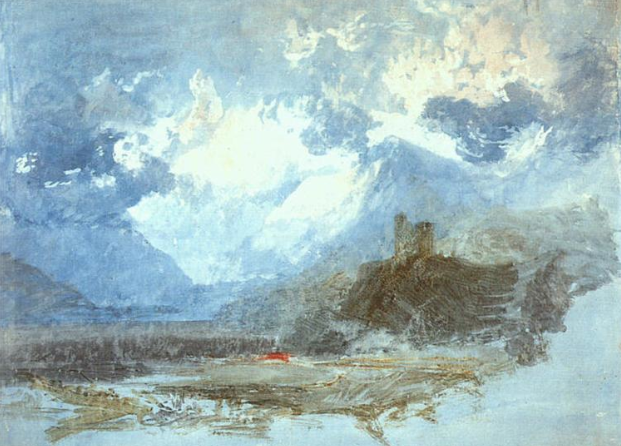 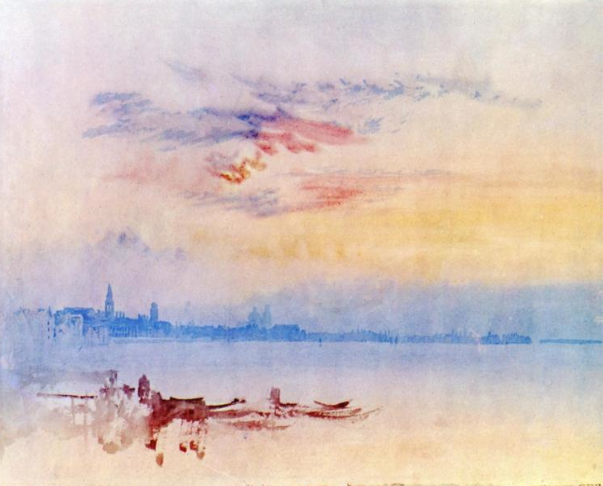 At the same time in the United States, British-born Thomas Moran was painting landscapes of the as-yet little seen Rocky Mountain west. He was even included in one of the first expeditions to what would become Yellowstone National Park. Watercolors were among the many tools of his trade. 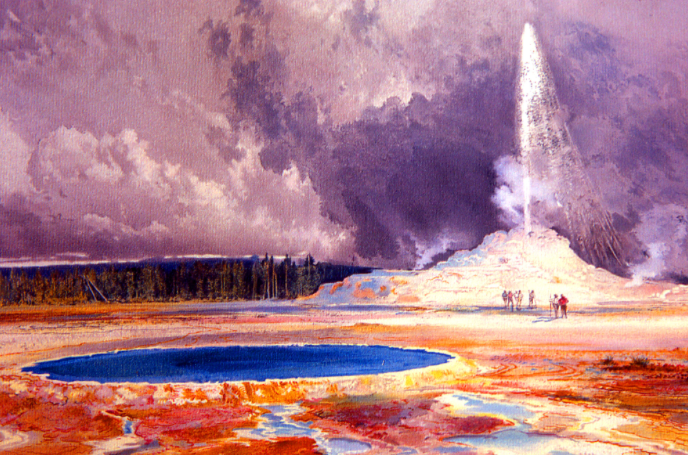 Though you might know his work from a famous painting he did of his mother, James McNeill Whistler was another Brit who was quite skilled with watercolors. The extreme portability of the medium made it useful for quick sketches wherever Whistler might find himself. His energetic, abbreviated brushstrokes and economical dabs of color are in contrast to the much more somber palette and reserved mark-making in his oil paintings. 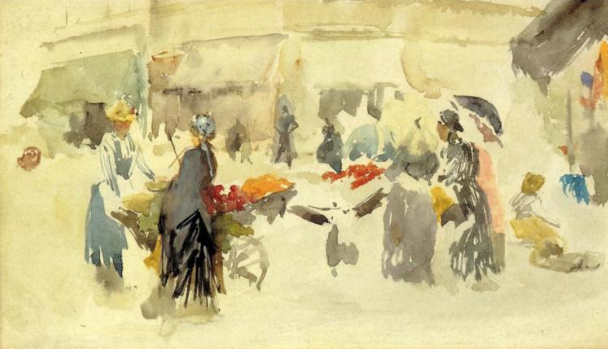 Perhaps the most important watercolorist of the 19th century was Winslow Homer. Homer was a largely self-taught painter who embraced watercolor so thoroughly for his many landscapes, seascapes and scenes of everyday life in 19th century America. Homer’s respect for the possibilities of watercolor encouraged many of his contemporaries to try it as well. 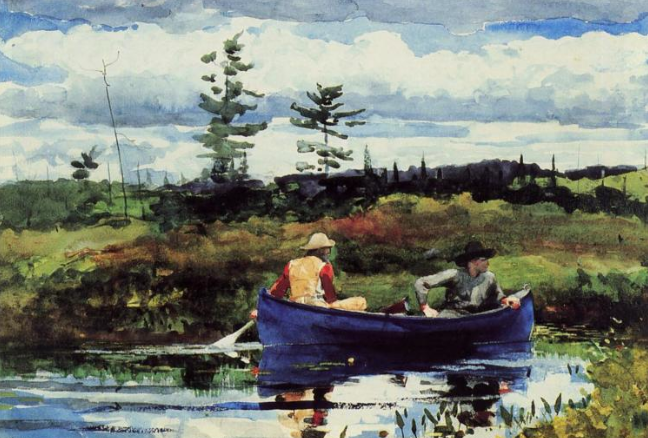 John Singer Sargent was born in America but worked primarily in England. He was known for his oil portraiture, but in his numerous travels he documented much of his surroundings with watercolor, painting subjects he never attempted in oils, such as this church in Venice, Italy. 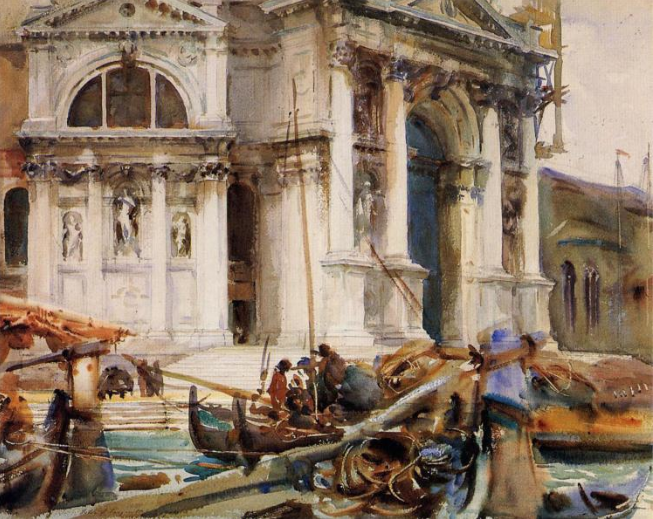 At the same time, painting had experienced quite a shift toward abstraction as the 20th century began, and the many movements following Impressionism led to other avenues in which to explore watercolors. Swiss-born Paul Klee’s work ranged from Expressionism to Cubism, and watercolor played a part in his abstract explorations. 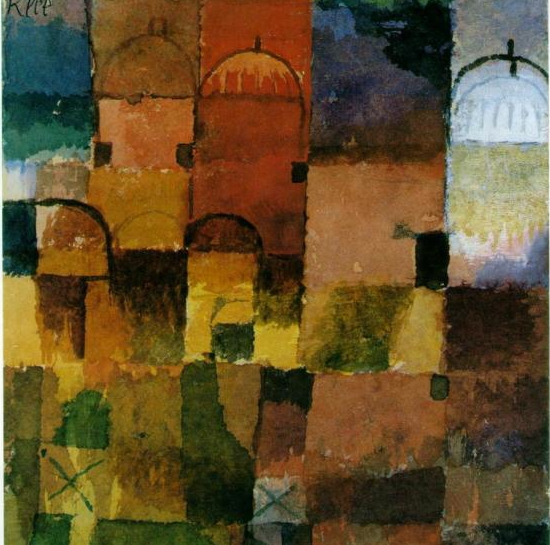 In the U.S., Georgia O’Keeffe was using watercolor as a means of exploring the intense colors and light she witnessed after moving to rural New Mexico. 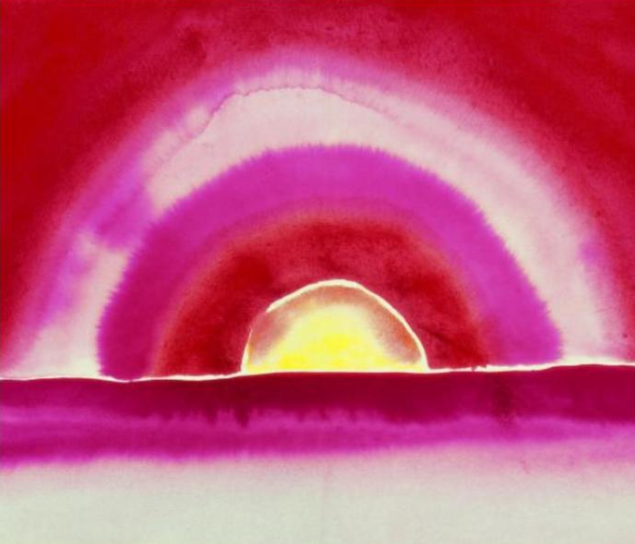 Edward Hopper was interested in the subtler qualities of light and how they could be useful in depicting the places of the American experience. 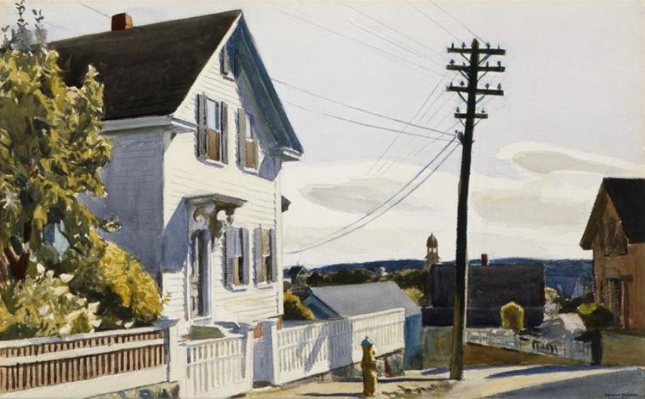 The American painter Jamie Wyeth often painted with drypoint watercolors, where very little water is used. The successor to father Andrew and grandfather N.C. Wyeth, both admired American painters, Jamie has spent much of his career depicting scenes of rural New England and is still active today. 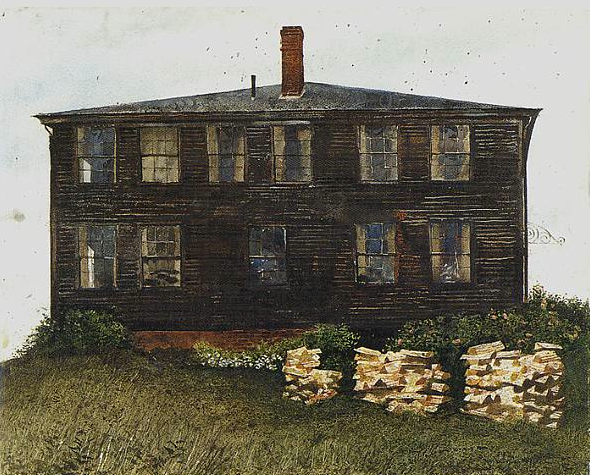 Today the contemporary watercolor scene is as vital and active as it has ever been, with many artists from all over the world dedicated to this treasured medium. How will you take part in a shaping this development of watercolor?

Understand key watercolor concepts like building your palette, color theory, and more so you can paint like the great artists.Get My FREE Guide »