First it was the exposed zipper, now darts have come out from behind the scenes. Though not really a new trend, exposed darts have become an increasingly popular styling element in many dresses this season. 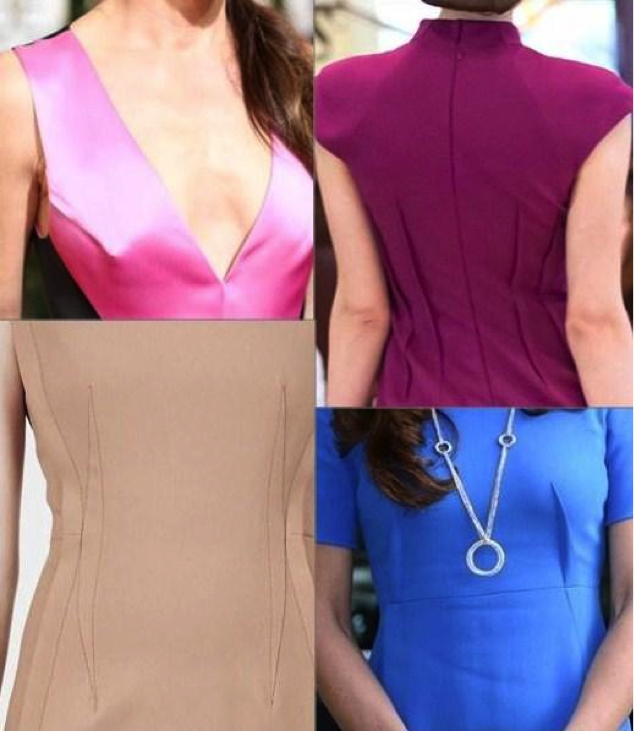 Interested in exposing darts in your next project? Here’s what you need to know!

The effect is both interesting and functional. Darts done in this fashion serve as focal points while simultaneously shaping the garment as they are designed to do. I first noticed them on dresses worn by TV personalities, but now they seem to be everywhere. Even Kate Middleton is wearing dresses with exposed dart styling. And, Sandra Bullocks’s Golden Globe dress by Prabal Gurung also featured exposed darts. They really are showing up everywhere, from dresses by high-end designer to mainstream looks.

As important styling elements to a garment, you need to be very selective as to which darts get the “exposed treatment.” Interior darts (commonly known as fisheye or contour darts) that cinch and shape are prime candidates for exposure, as are bodice and skirt waist darts. 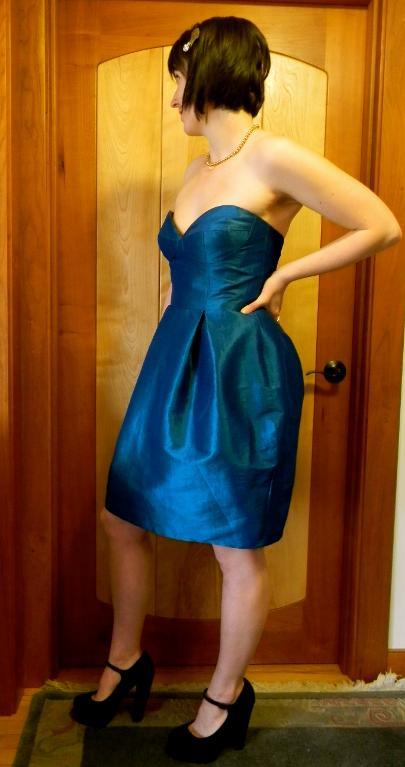 If you think sewing this type of dart is nothing more than folding the dart outward instead of inward, think again.  As focal points to a garment, these darts must be perfect in every way – sewn to the exact end point, evenly balanced on both sides with dart legs that are stitched in a perfectly straight line. More importantly, the dart point must be sewn just right with no puckers and no backstitching. These are carefully sewn darts.

1. Pay attention to the size of the darts.

In order for the darts to look stylish they should be no wider than ½ – 1″ at their widest point. If the dart is too wide, convert the wide dart into two narrower, more flattering darts, which both provide the appropriate amount of shaping and further emphasizes the look.

2. Sew the darts in a reverse fashion.

Instead of stitching the darts from the wide base to the dart point, which requires a good eye and steady sewing, start at the dart point and stitch to the base. This ensures corresponding darts end at precisely the same point to give the garment a perfectly balanced look.

3. Marking the dart clearly will ensure it is sewn accurately.

I recommend using a fabric pen or chalk to define the stitching line of the dart leg, placing a cross mark at the end point.

4. Start the stitching at the dart point.

Begin by inserting the sewing machine needle, literally, one thread away from the folded dart at the precise dart point. Make sure there is a sufficient thread tail for tying off later. Once the needle is in place, align the marked dart leg with the center point of the needle and then stitch carefully along the dart leg to the base of the dart.

6. Use a slightly larger stitch for a more polished look.

A contrast colored thread will better define the dart. For even more emphasis, consider finishing the exposed fold with a rolled or narrow hem on a serger.

How have you seen exposed darts used in fashion this season?