If you cook or bake, chances are that you’ve heard the term “egg wash.” But do you have a good understanding of what an egg wash is and what it does? 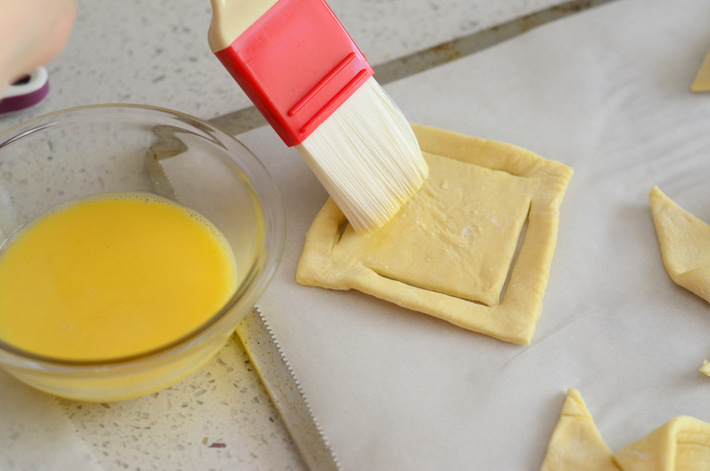 If you’re wondering why we use egg wash in cooking and baking, then you’re in the right place. In this post, we’ll discuss all things egg wash: what it is, how it can benefit your cooking and baking and what you need to do it right.

What is egg wash?

An egg wash is composed of beaten egg combined with liquid and sometimes salt. There are two primary functions of an egg wash: It is either brushed atop a food item and to enhance its visual appearance and finished texture, or is employed as a “glue” to make items stick together.

What does an egg wash actually do?

As noted above, an egg wash can be used either to help toppings or coatings stick, or can be used to enhance visual appearance. Let’s explore these functions in a bit more detail. 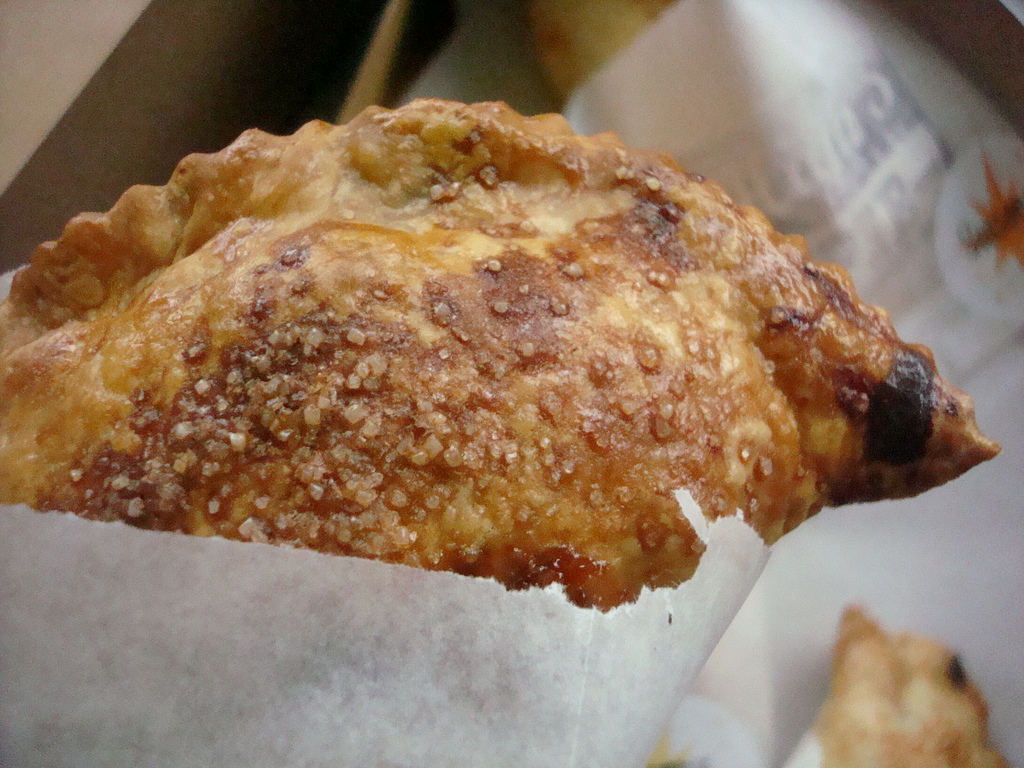 An egg wash that’s used to adhere toppings or elements in a recipe is fairly straightforward.

For instance, an egg wash is often used as part of the breading process when making fried foods, employed as a means to help bread crumbs stick. An egg wash can also help adhere toppings: You might brush an egg wash over a loaf of bread to help poppy seeds stick.

An egg wash can also be used to stick elements together. An egg wash can create a “seal” along the folded edges when making empanadas or hand pies, to ensure that the fillings don’t ooze out.

The fat and protein in eggs can help improve the texture and visual appeal of baked goods. How? The protein from both the yolk and egg white create a browning effect: The fat from the yolk promotes a pleasing glossiness to a finished baked good.

So for instance, in the above picture of two pies, the first one was made without an egg wash, whereas the second one employed one. See the difference?

Construction of an egg wash

While an egg wash is typically as simple as egg + liquid, there are nonetheless many variations that can occur within that simple construct. 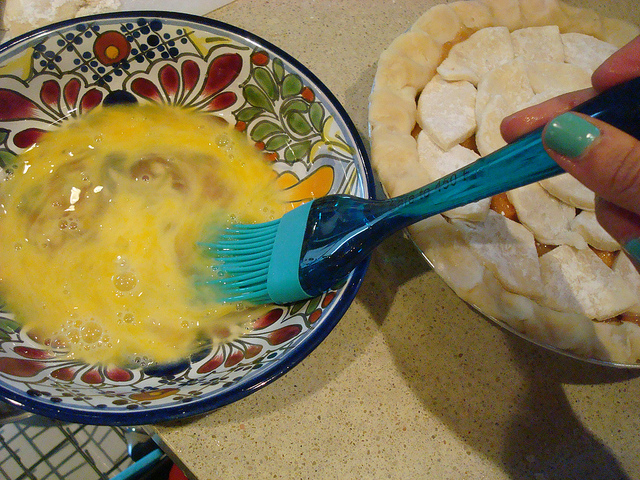 A typical ratio of liquid to egg in an egg wash is 1 tablespoon of liquid per egg (or ½ tablespoon if just using part of the egg). Liquid helps to thin the egg wash for easier application.

The liquid may be water, milk, cream or something else. Milk or cream add more protein and fat to the mixture, which can further enhance the browning/glossy effect.

Many chefs like to add a bit of salt to their egg wash. The salt helps break down the proteins in the egg in such a way that it makes it thinner and easy to spread, but still retains its browning abilities during baking.

Here’s a cheat sheet of some common egg wash constructions and variants, and how they can affect your finished goodies.

How is an egg wash applied? 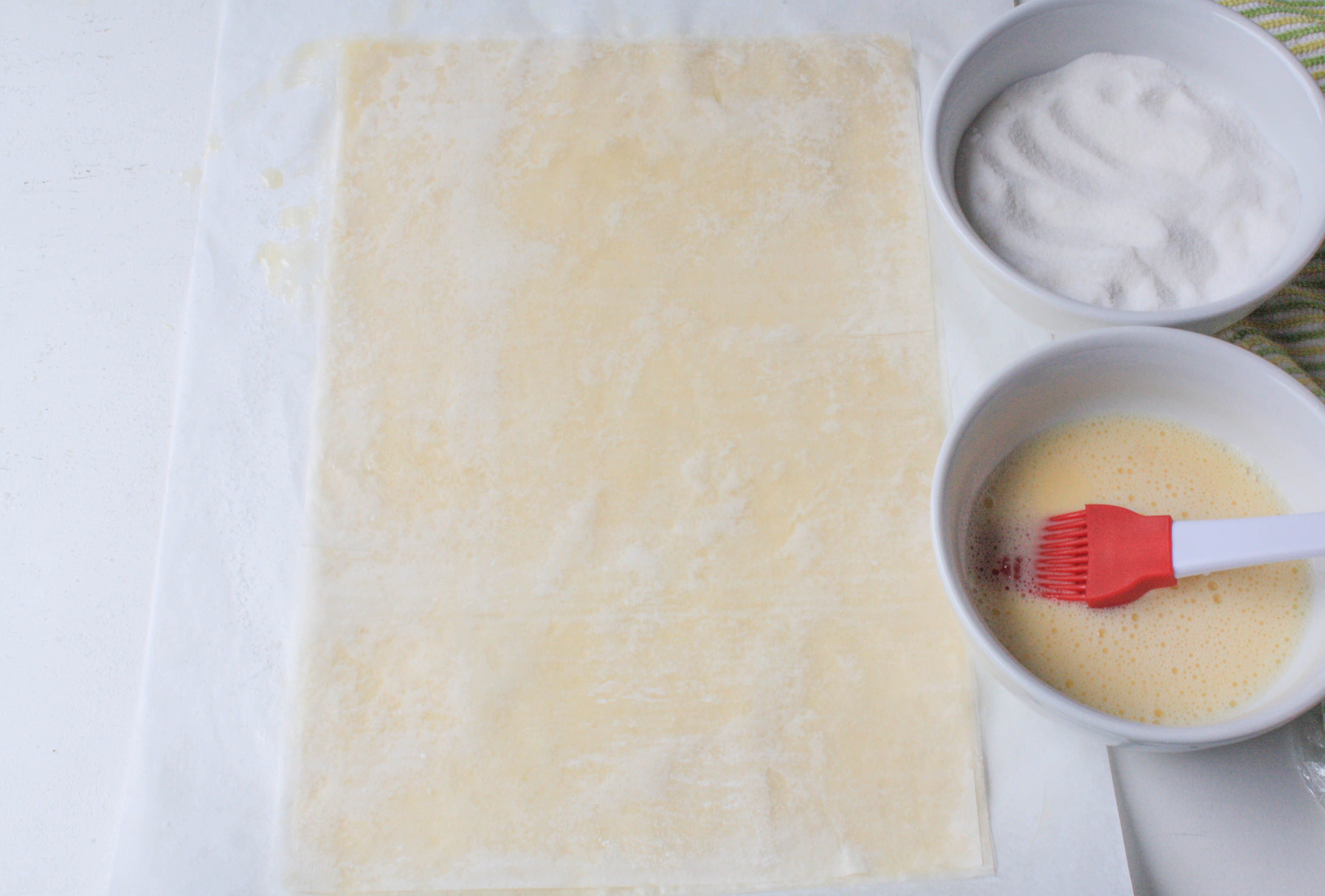 If you’ve ever tried to apply an egg wash with a spoon or spatula, you know that it’s a losing battle. The thick texture of the egg makes it tricky to spread with utensils you might use for other glazes or “finishes.”