When I send my kids out into the yard to play, they don’t always have all that far to go, so they can’t get up too much of a head of steam. When I take them to the park, however, they have entire fields to run and throw and move across, not to mention the playground equipment to climb and swing on and otherwise conquer.

Approaching the blank page or canvas, I have to keep this same idea in mind, especially when the characters in my drawing are going to be in motion. Before we even begin drawing the figure or feature that is in motion, we need to give our subject some space to move.

A person or car or great, gallumphing elephant needs somewhere to go on the page. This principle holds for any composition whose subject is in motion — in painting and photography as well. 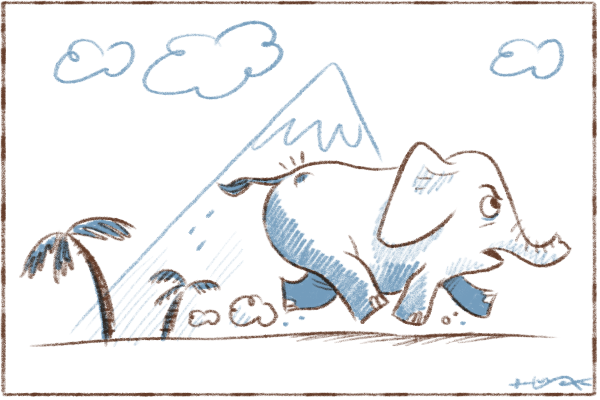 Here you can see our elephant friend is about to hit the edge of his space. He feels crowded and cramped, like he better slow down before someone gets trampled. 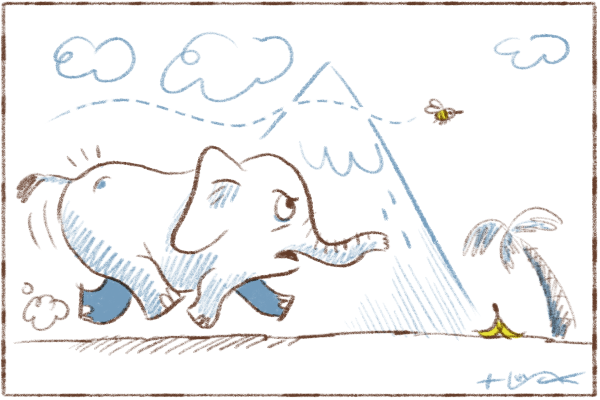 But now look at him! He is going! But he also has somewhere to go, and we have room to see what he is up to, so we’re not preoccupied with wondering where he is going to end up — also, we can see he is headed for that banana peel. 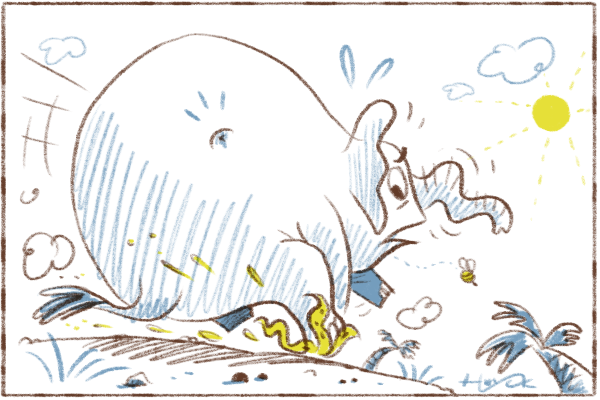 It is also worth noting that the leading space doesn’t need to be actually there in the picture — implying that space through the use of depth cues still gives our elephant somewhere to go as he rides the banana peel. Depth cues are things like overlapping objects in the space, receding value to show far-away objects as lighter than the more solid nearby object, or in this case, a dramatic perspective. 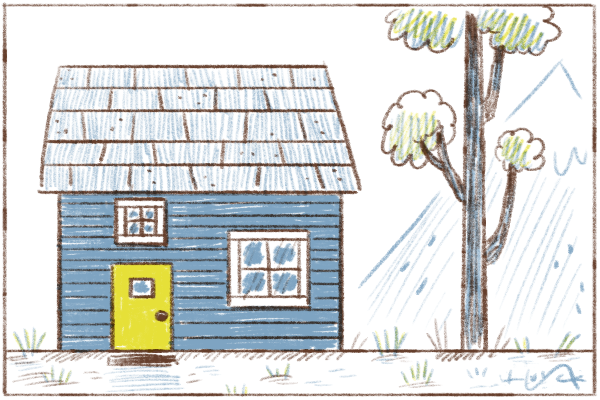 Horizontal lines are calm and placid, essentially sleeping on the job. Vertical lines are are stoic and rigid. They are soldiers at attention, and they are not going anywhere. 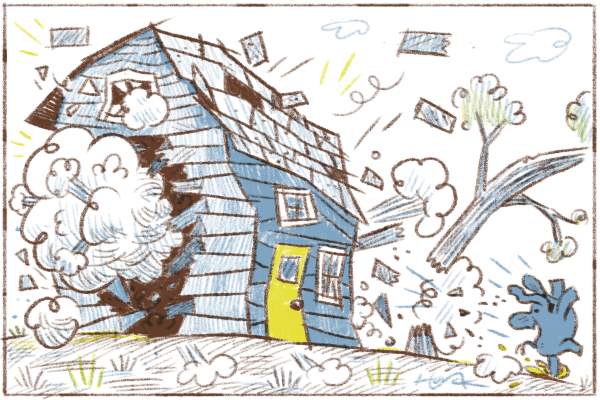 But once we begin curving lines or slanting shapes across the image, our eye is drawn to that perceived movement. Perhaps the wind blew over the tree, or this house may have had a gas leak that exploded. Or it could have been our elephant friend. Who can tell? 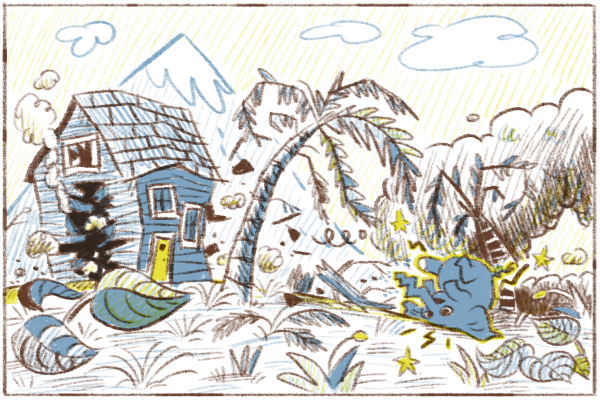 Composing the image with curving shapes and angled lines draws our eye across the picture, and, when used skillfully, directs our attention to the important elements of our image. 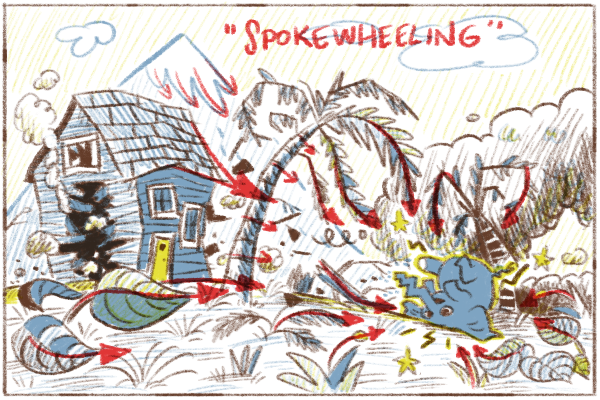 In this case, we aren’t seeing the motion as it occurs, but rather we see the aftermath of all that motion that led up to this point. We can see what has happened because of the story that jumbled mess is telling us. Here, the angles and curves are “spoke wheeling” — they all point to the subject, like the spokes on a wheel point to its hub — and draw our eye across the destruction and mayhem, all the way over to the cause of this mess. The only active motion left is in the clearing smoke.

Now, while we’ve been using composition to allow room for movement and to direct our eye to the things in motion, or recently-in-motion as the case may be, we can still do more. Just as we use onomatopoeia to depict sounds when using written language, there are visual cues artists use to suggest movement.

Even in animation, when the illusion of movement is created with multiple images of the scene, some of these motion cues are used to amplify the sense of motion. Above we see action lines to show the direction of movement.

Photography and film helped us to see that a subject in motion might appear blurred. In the first image, we get the sense that we are zooming along with the elephant, so the scenery is blurred. In this second image, the elephant and mice are blurred, so we perceive them as zooming past us.

And one more technique that we often use is a multiplied image of the subject in motion. Think of a double-exposed photograph, or overlapped frames from an film.

Those are some of the ways I show movement in my illustrations. What are some of your tricks?

Capture the action and magic of the moment! Enroll Now »