The two-dimensional surface of a painting is called the picture plane. When figure artists attempt to represent 3-D on this 2-D picture plane, a basic knowledge of perspective is necessary in order to make the painting believable and realistic. Here’s an overview of the basics of one-point perspective to give your drawings depth and dimension. 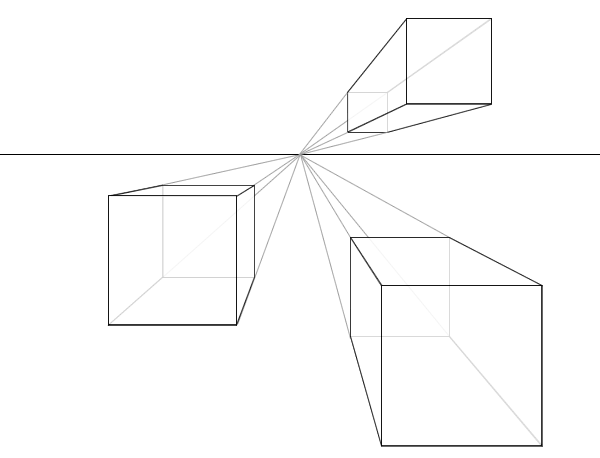 Objects will appear smaller as they recede in the distance. In a one-point perspective, the plane of the object is facing the viewer.

Don’t stop here! Explore the many facets of perspective that take your works from flat to fully dimensional in the Craftsy class The Art & Science of Perspective. You’ll join artist and architect Jeff DiCicco as you create works of art so deceptively realistic, you’ll feel as though you can step inside!

What is one-point perspective? 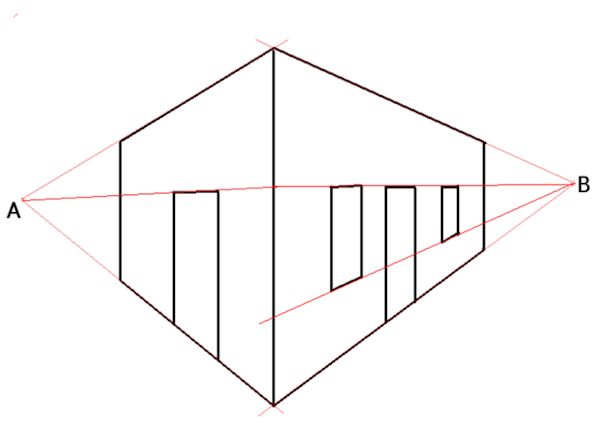 In a two-points perspective, the object corner is facing the viewer.

Notice that on the following examples of one-point perspectives: 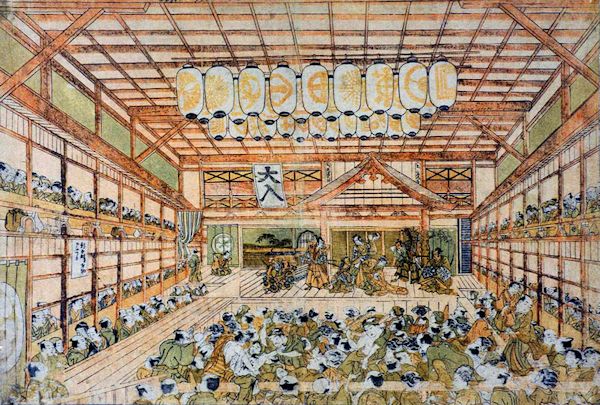 “Shibai Ukie” by Masanobu Okumura, depicting the Kabuki theater Ichimura-za in its early days via Wikimedia

Artist’s note: The artist of this painting, Masanobu Okumura (1686–1764), is thought to be the first Japanese artist to use a one-point linear perspective in an interior scene.

“Trinity” by Masaccio via Wikimedia

In Western art, Renaissance painters were the first to use a one-point perceptive, often using architectural elements such as tiles on the floor and columns to create depth. Or, like in Masaccio painting above, the coffers on the vault (decorative squares on the arched ceiling) were used to emphasize the perspective effect in the picture plane.

Artist’s note: The above painting, entitled “Trinity,” was completed in 1428 and was one of the first paintings in Western art to show a greater understanding of one-point perspective in an interior space. 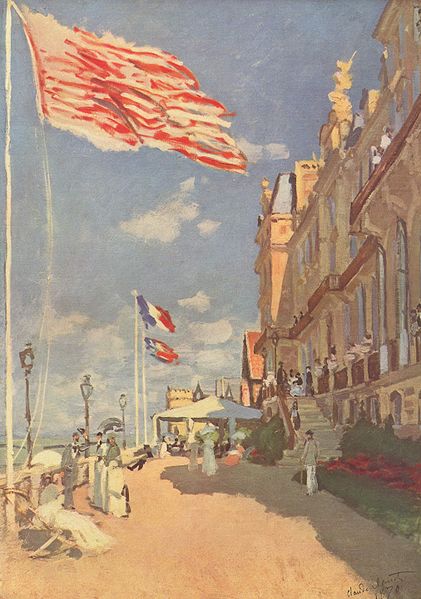 Artist’s note: You can tell there is clearly a use of one-point perspective construction in this painting by looking at the hotel on the right, which is balanced by the very eye-catching and roughly painted flag.

Since the Renaissance, perspective has been widely used by painters to depict depth, and it can be seen in the work of the Impressionists, as in the Claude Monet painting above. After the Impressionists came the post-Impressionists, causing paintings to become more abstract and experimental. At this time, most artists chose to ignore the “rules” of classical perspective.

In this painting, the artist, Cezanne, seems less interested in classical realism and depiction of perspective as the painting becomes more abstracted: Shapes are simplified and look flat with an emphasis placed on the edges.

How to draw a simple shape in one-point perspective 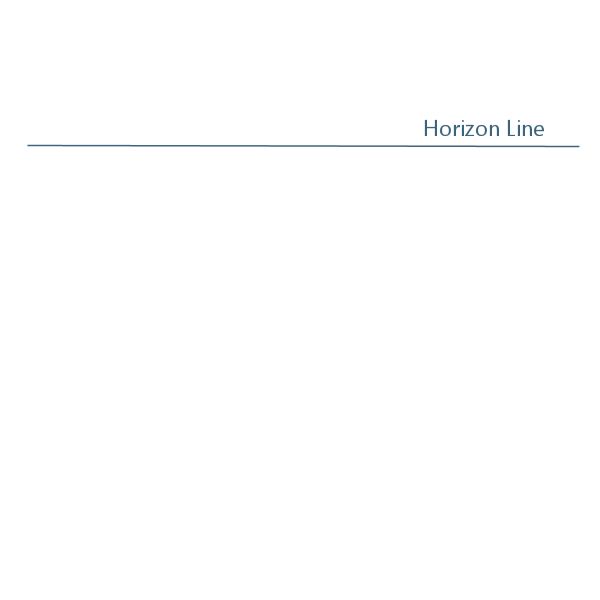 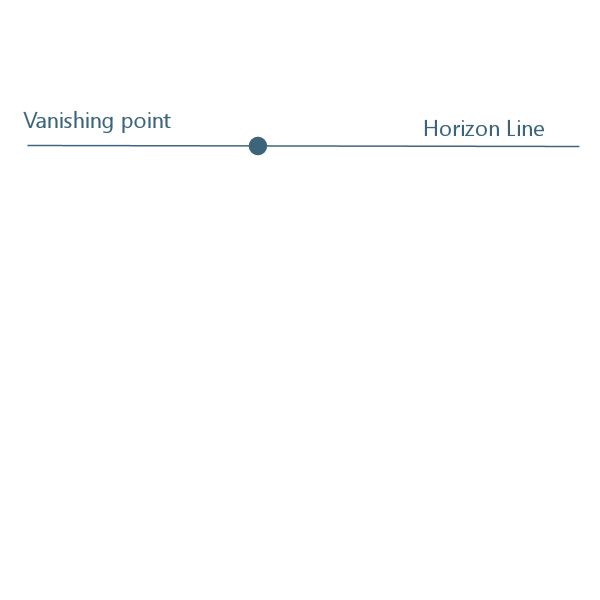 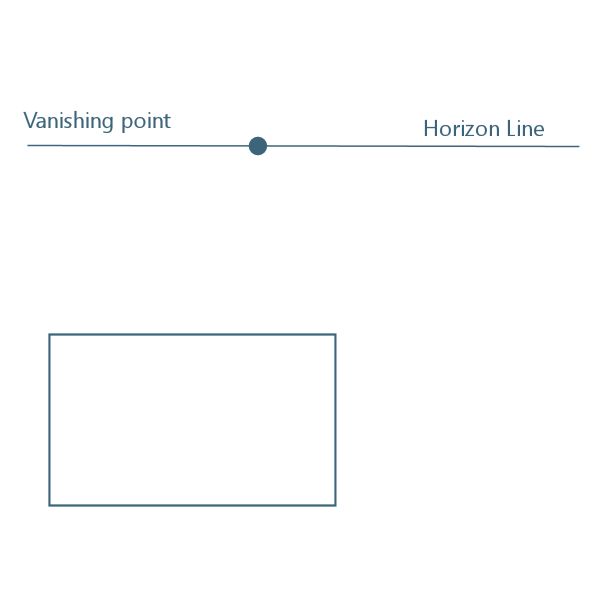 Add a single shape by drawing a square or a rectangle either below or above your vanishing point. 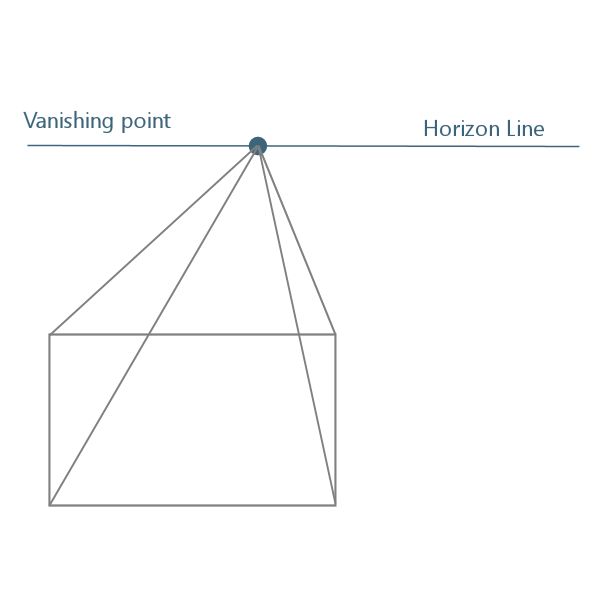 Draw lines to connect each of the corners of your rectangle to the vanishing point. 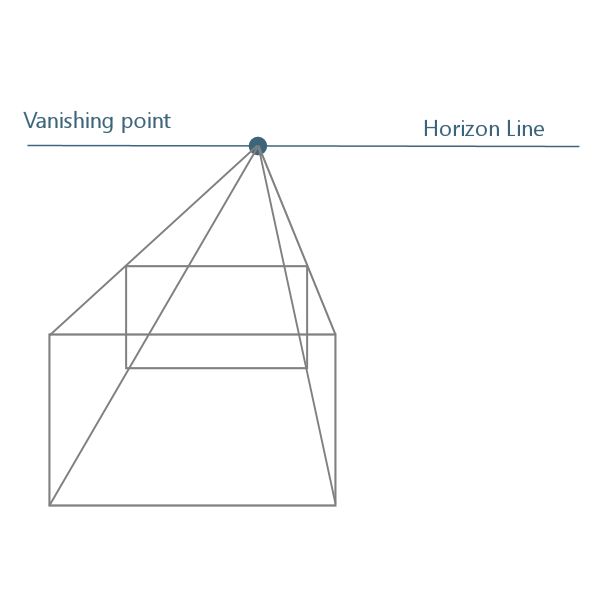 Draw lines parallel to the sides of your rectangle that match up with the connecting lines. 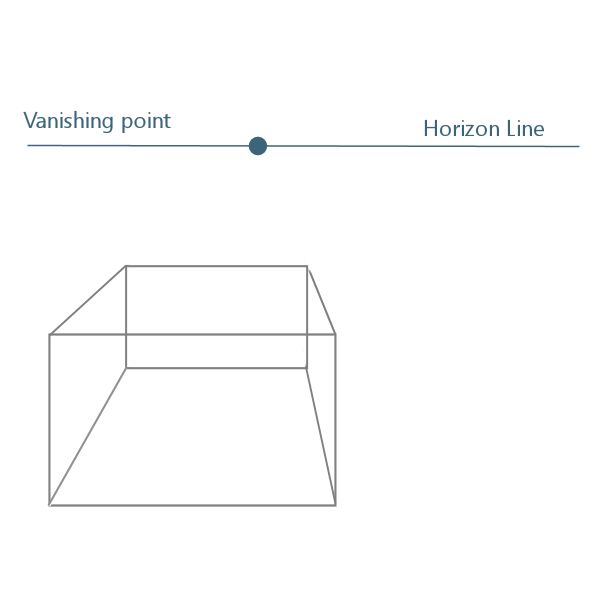 Now, erase all unnecessary lines to finish the drawing.

How do you use perspective in your paintings and drawings?