Regardless of your painting or drawing style, whether it’s highly realistic or simple and linear, foreground and background play an important role in creating an illustration. Playing with the space can help an artist draw the viewer’s eye to key elements of the illustration, which help advance the story. The play of foreground, backgroun  and everything in between can be rather subtle, but it’s a vital part of making an illustration “work.”

Here, we will discuss some methods and tips for drawing dimension using foreground and background effectively in illustration. 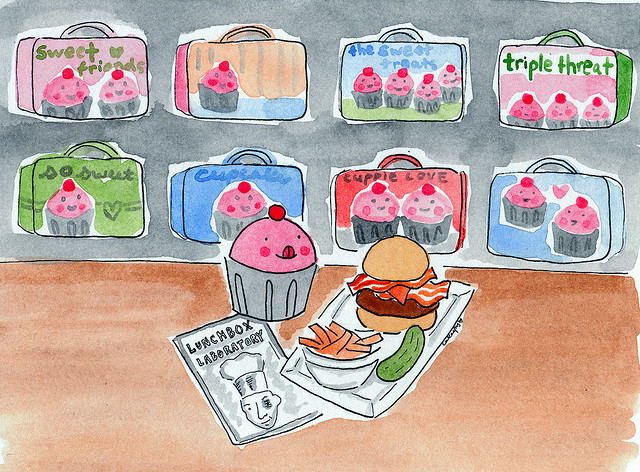 Illustrations via CakeSpy unless otherwise noted

What is the difference between foreground and background? Here’s a brief review. 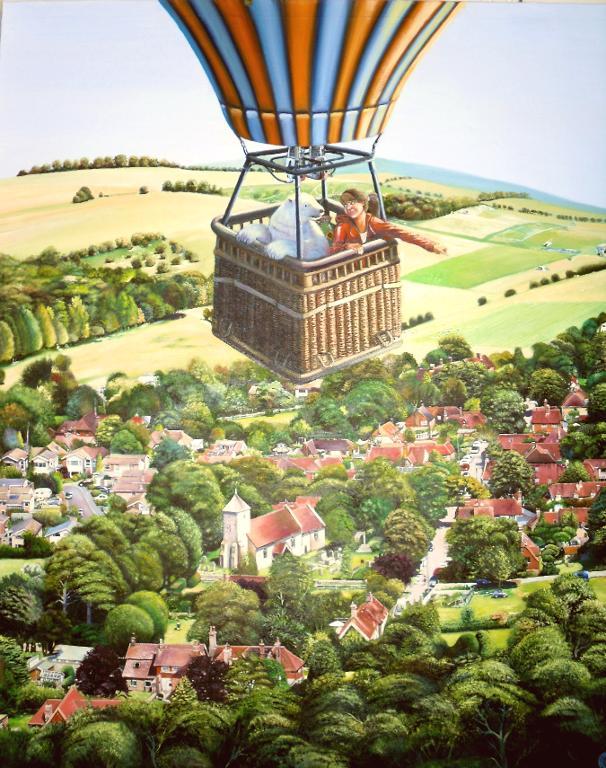 Bear in the balloon via Bluprint member stuffedmu4425817

The part of a scene that is nearest to the viewer. It doesn’t have to be front and center in a composition. For instance, in the above picture, the foreground is quite high up in the piece: the characters in a hot air balloon.

The scene behind the main object of the composition, which gives context and a framework for the piece. In the above piece, it is the ground below and the sky. This background provides context for the piece. 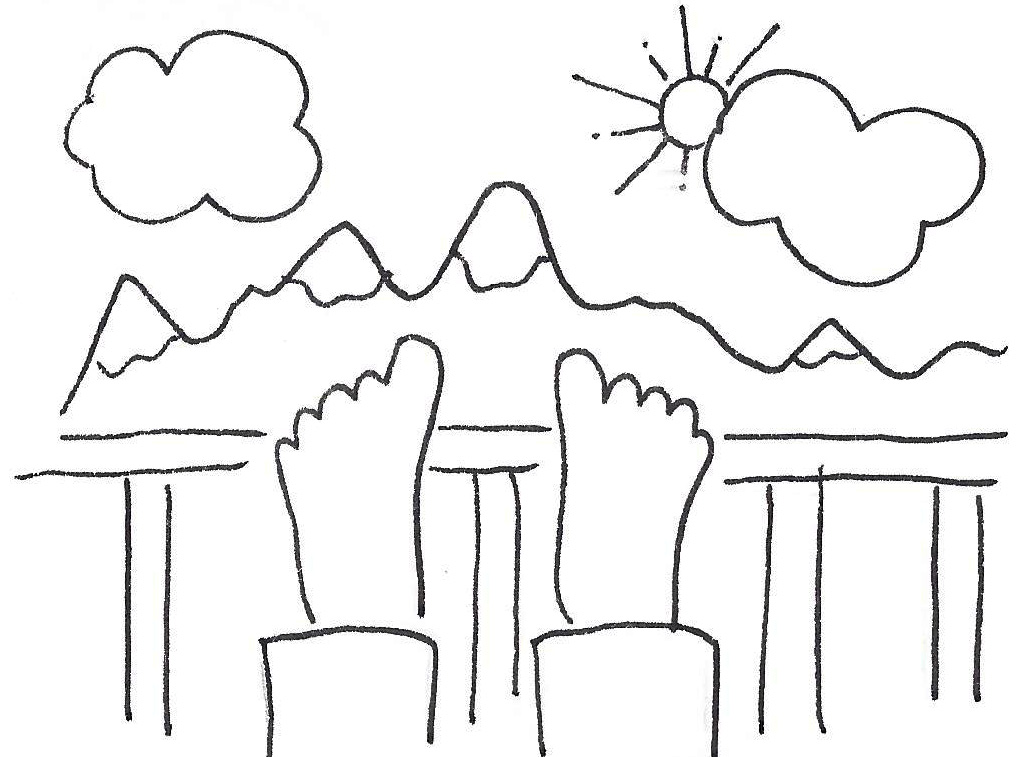 One of the easiest ways to differentiate foreground and background is scale. The simple pen and ink illustration above illustrates this concept. If taken literally, one could assume that the feet shown in the line illustration were as large as the sun or a mountain. However, as the viewer, we can put together the idea that the feet appear bigger because they are closer and in the foreground, whereas the other elements of the image are further away in the background. Even though the line quality is no different throughout the illustration, the scale helps give us the indication of distance. This method is easy and can be used in any sort of work, from a simple life sketch to a realistic painting. 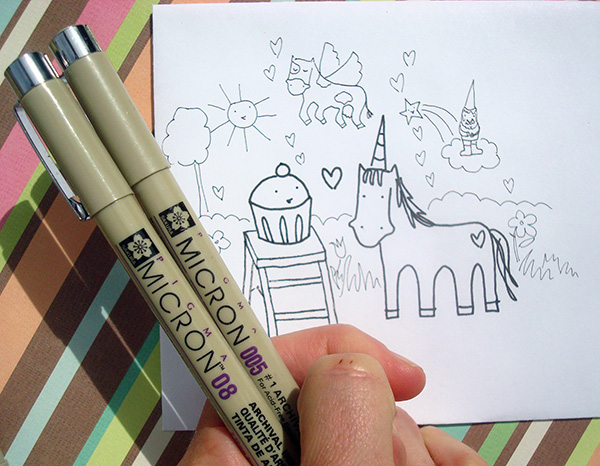 Why are your eyes drawn to the cupcake on a ladder and standing unicorn in the above piece? It’s because they are drawn with a far thicker line quality than the rest of the piece. Your eye goes to them, and the thinner lines used for other elements serves to distance them, implying that they are further away or less vital to the scene in question. You can experiment with different combinations of line quality to create a dynamic foreground and background in your illustration work. 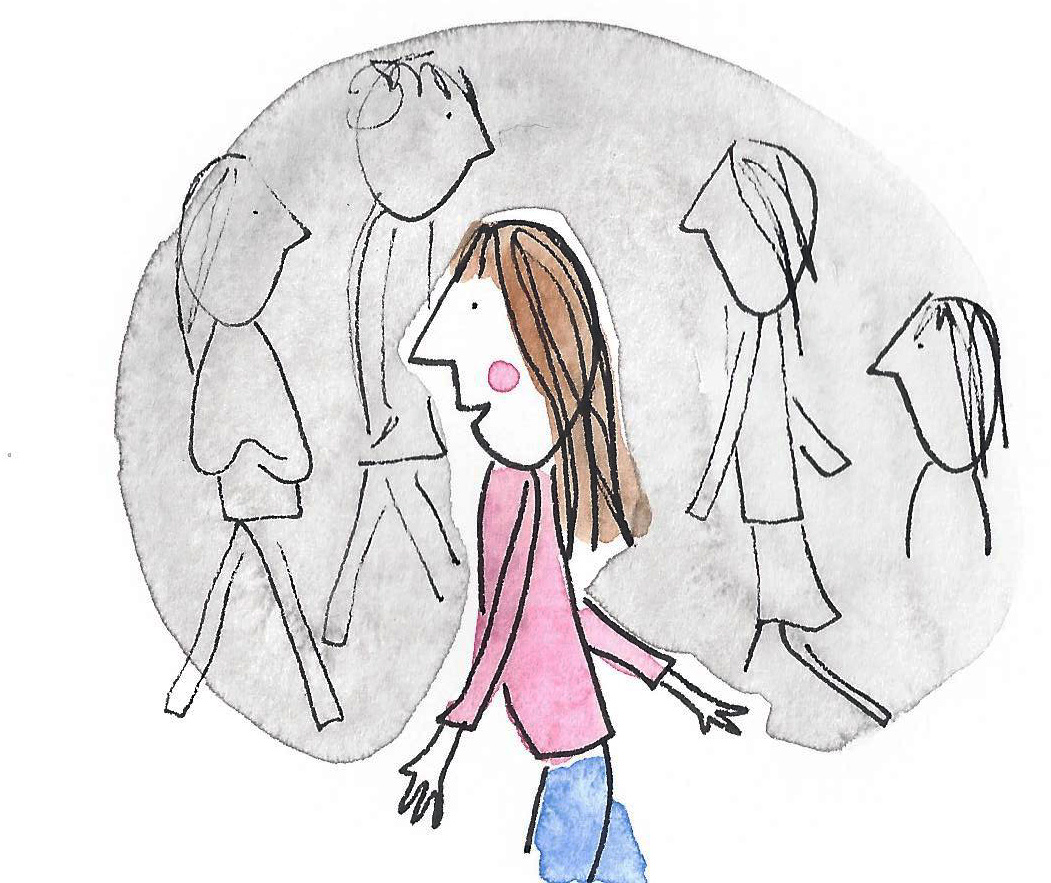 The palette you choose can also be a powerful factor in differentiating the foreground and background, and bringing attention to certain parts of a composition. In the above mixed media watercolor illustration, a gray-toned background makes a central image pop in the foreground. Even though the scale and line quality differences are subtle, the color variation draws your eye right to the main subject of the image. It doesn’t have to be this black and white: simply using a muted color scheme for background elements can help subtly draw the viewer’s eye to the more vibrant elements of the piece. 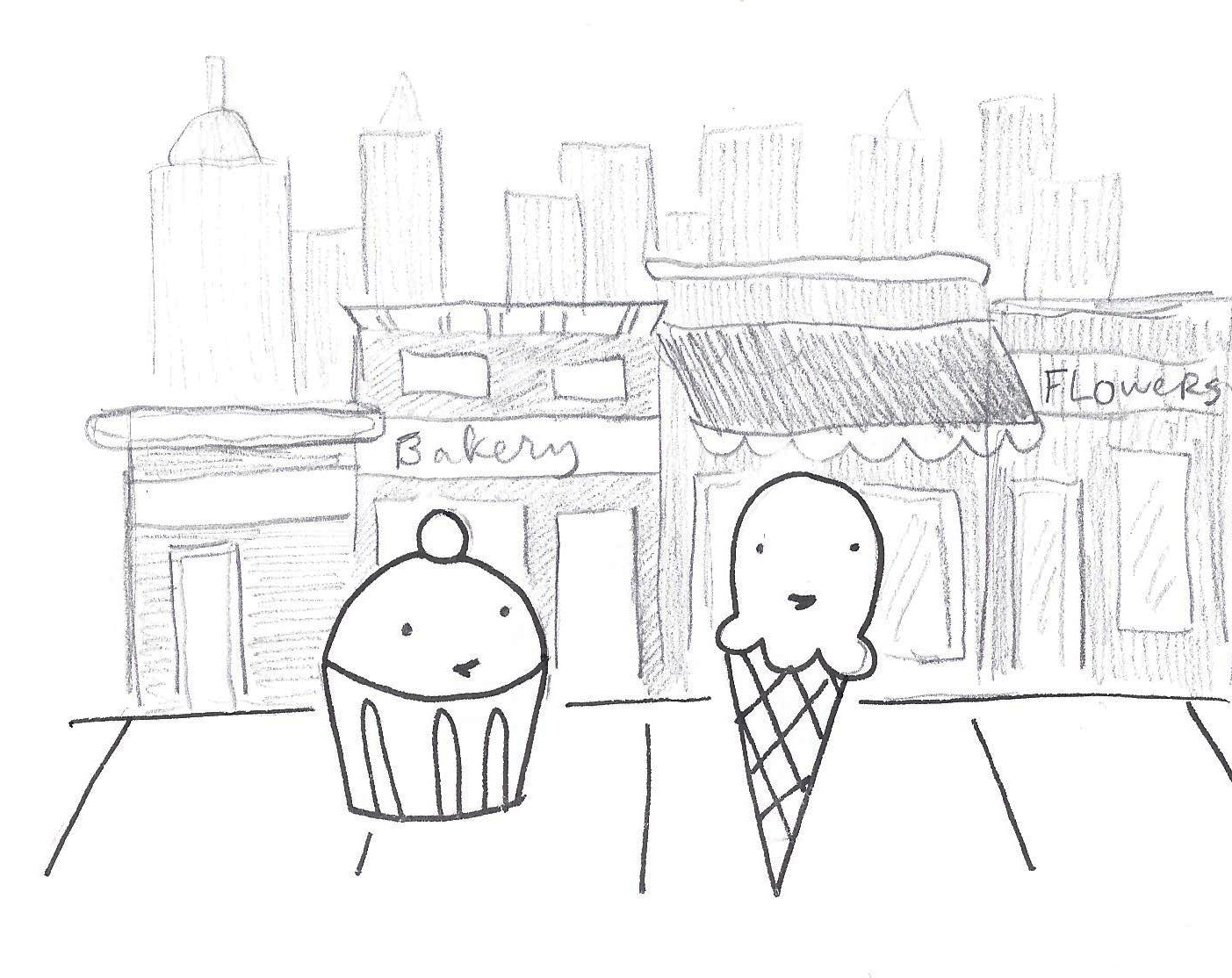 Even a detailed piece of art can avoid being too “busy” if you pay attention to the level of detail assigned to various points in space. For instance, in the above image, a cupcake and an ice cream cone are engaged in conversation. They are both rendered in thick lines. As your eye leaves the foreground, however, the media changes from pen and ink to pencil, and the level of detail is also less defined. A backdrop of a street scene and shops is less detailed, with thinner lines and less complete rendering. The diminishing detail as the distance becomes further is helpful in not only showing space, but keeping a composition from being too busy, and keeping the attention on the portion which is most important.