Fun fact: There are over 1,500 types of yeast. But, don’t let that overwhelm you and your baking aspirations. In the food world, where yeast is primarily used in bread recipes, there are really just a few types in common rotation.

All types of yeast, which is actually a microscopic fungus, have the same goal: To reproduce, eat, and convert sugars into alcohol and carbon dioxide. It’s this action that helps it make bread rise. There are two key types of yeast used in bread making: dry and fresh.

Here, we’ll discuss the most commonly used varieties of yeast, including considerations for baking with each type 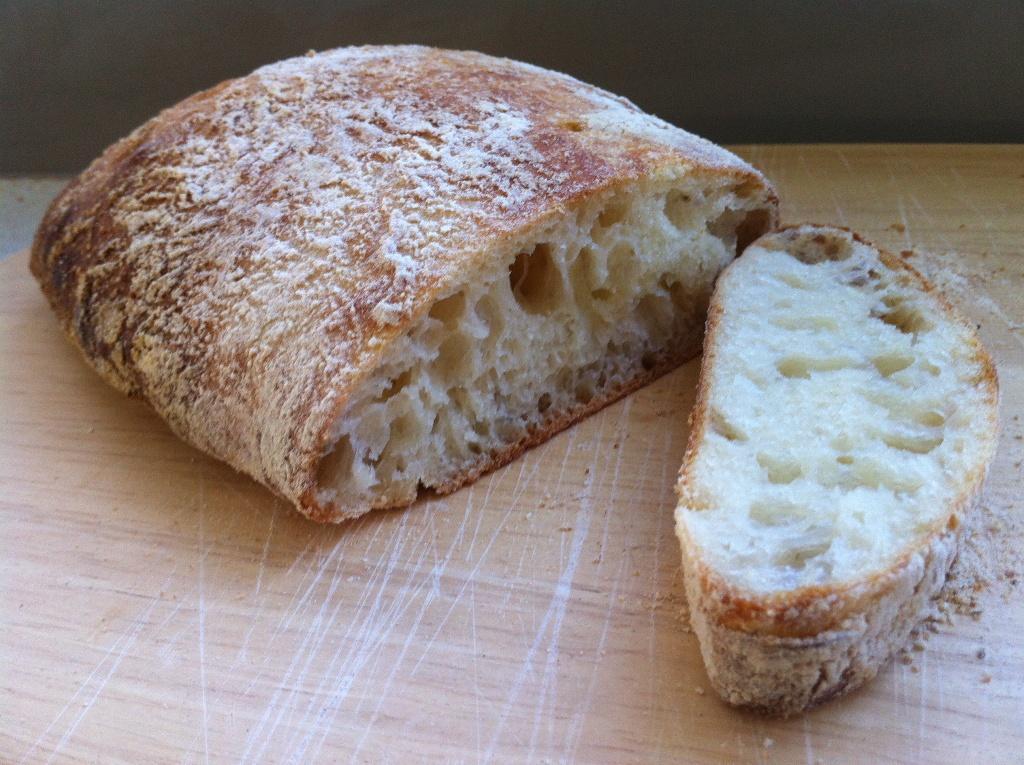 To further develop your bread making skills, invest some time in Craftsy class Artisan Bread Making. Instructor Peter Reinhart, baking instructor at Johnson & Wales University and award-winning author of The Bread Baker’s Apprentice will introduce you to bread-making techniques that go beyond the recipes and raise your baking skills to a whole other level. Sign me up! >>

Note: What about brewer’s yeast? This is a deactivated type of yeast which is used for brewing beer but is also used as a dietary supplement (it can also be referred to as nutritional yeast). While it can be an ingredient in bread, it is not going to react the same as the types of activated yeast listed below. 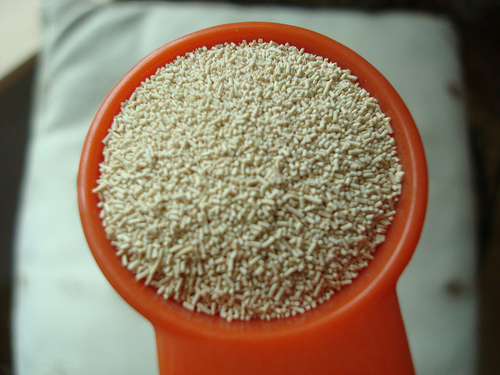 If you go to the grocery store and ask for yeast, they’ll probably show you this kind. It’s by far the most popular type of yeast for at-home baking, owing to its long shelf life — kept in the refrigerator, it can keep for up to a year.

Active dry yeast is the most commonly-used type of yeast for the at-home baker. You’ll find it either packaged in jars or in pre-measured packets. It is characterized by fine, yet discernible beige-colored granules, which are activated before being added to a recipe, typically in a small amount of warm water (not hot, which can kill the yeast) and sometimes with a little bit of sugar. Once added to a bread dough, it will provide two rising periods in the breadmaking process of recipes such as sandwich bread loaf.

Instant active dry yeast is also referred to as “bread machine yeast.” Finer in texture than active dry yeast, instant yeast can be added to a recipe without first being activated in water. Though the way it’s added is different, the actual rising process it provides is similar to active dry yeast, so it can be used interchangeably in recipes such as Parker House rolls.

This type of yeast is characterized by its granules, which are finer than active dry yeast. It is fortified with enzymes that make it rise easier, so two rising periods in your bread-making are not necessary, so you can just shape the loaf and bake after the initial knead. Because rapid-rise yeast acts differently in recipes, it should not be used interchangeably with active dry yeast.

Compressed yeast was first introduced in the 1820s. It is a fast-acting yeast, but it doesn’t last long. It only keeps for about two weeks, making it more ideal for commercial bakers than the typical at-home baker. 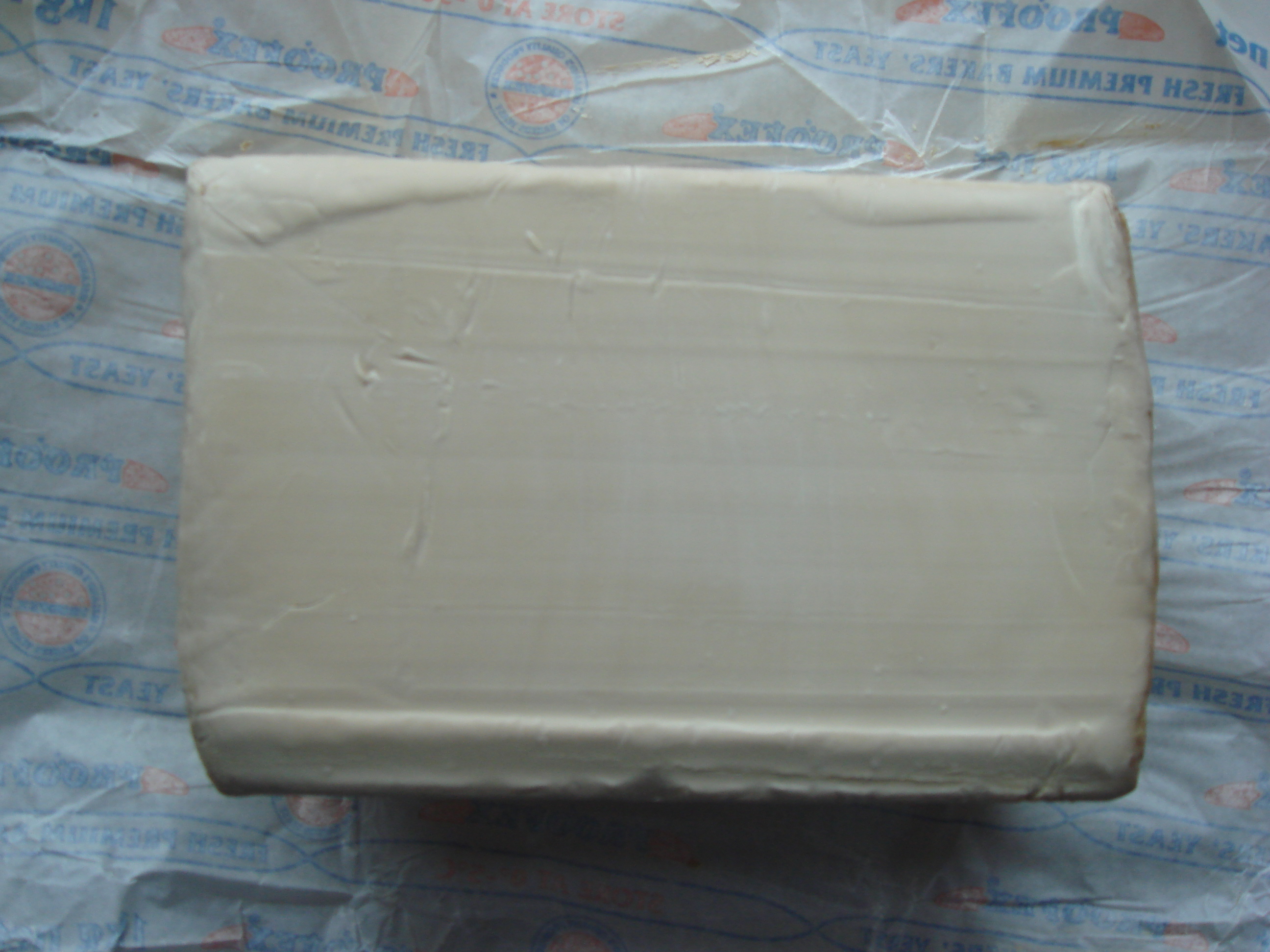 This type of yeast comes in pressed, compact little blocks. It can range from being quite light to dark beige depending on where you buy it. It is very fast-acting, and once activated, it stays active for longer than a dried yeast. Typically, because its shelf life is short when left out, it will be kept in the freezer and defrosted fully before use. Its short shelf life makes this an ingredient more favored by extremely frequent bread makers and commercial bakers, who say it imparts a sweeter, more subtle flavor on your bread.

Note: Pressed yeast is typically sold in cakes. One cake is not always one serving: for instance, a 2-ounce cake will actually be equivalent to about three 0.25-ounce packets of yeast. Always check the recipe for the amount required.

You probably don’t use this one often, but until the early 1800s, liquid yeast was the most common type. Because liquid yeast is a live culture, it is extremely perishable, and the later developments of active dry yeast and pressed yeast tend to discourage its common use in the kitchen.