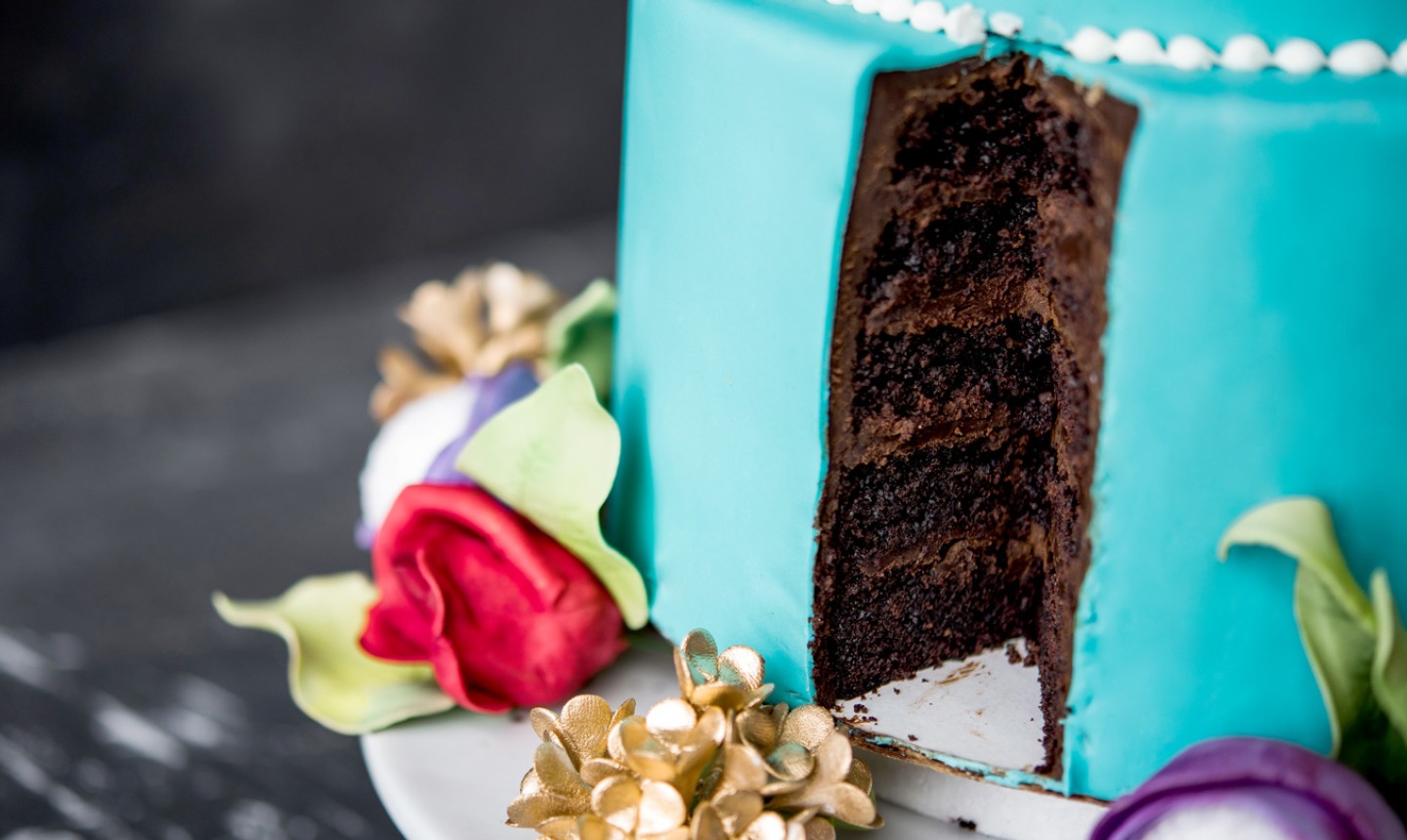 You already know that smooth, velvety chocolate ganache is one of the best and most versatile creations in all of cakedom. I’m gonna tell you how to tweak this classic to create whole new worlds of flavor.

It’s actually pretty easy. All you have to do is swap out the cream in the recipe for another ingredient, such as coffee, melted butter, olive oil, water, or beer. Yep, I said beer.

But first a quick lesson. To make traditional ganache you bring cream to a simmer, then pour it over chocolate in a heatproof bowl and mix. The combination will be quite liquid at first, but will eventually set into a soft-yet-solid consistency. You might use equal weights of chocolate and cream, or you might use more chocolate than cream for a thicker result.

You’ve got an idea of the “rules” of ganache — here’s how to break ’em. 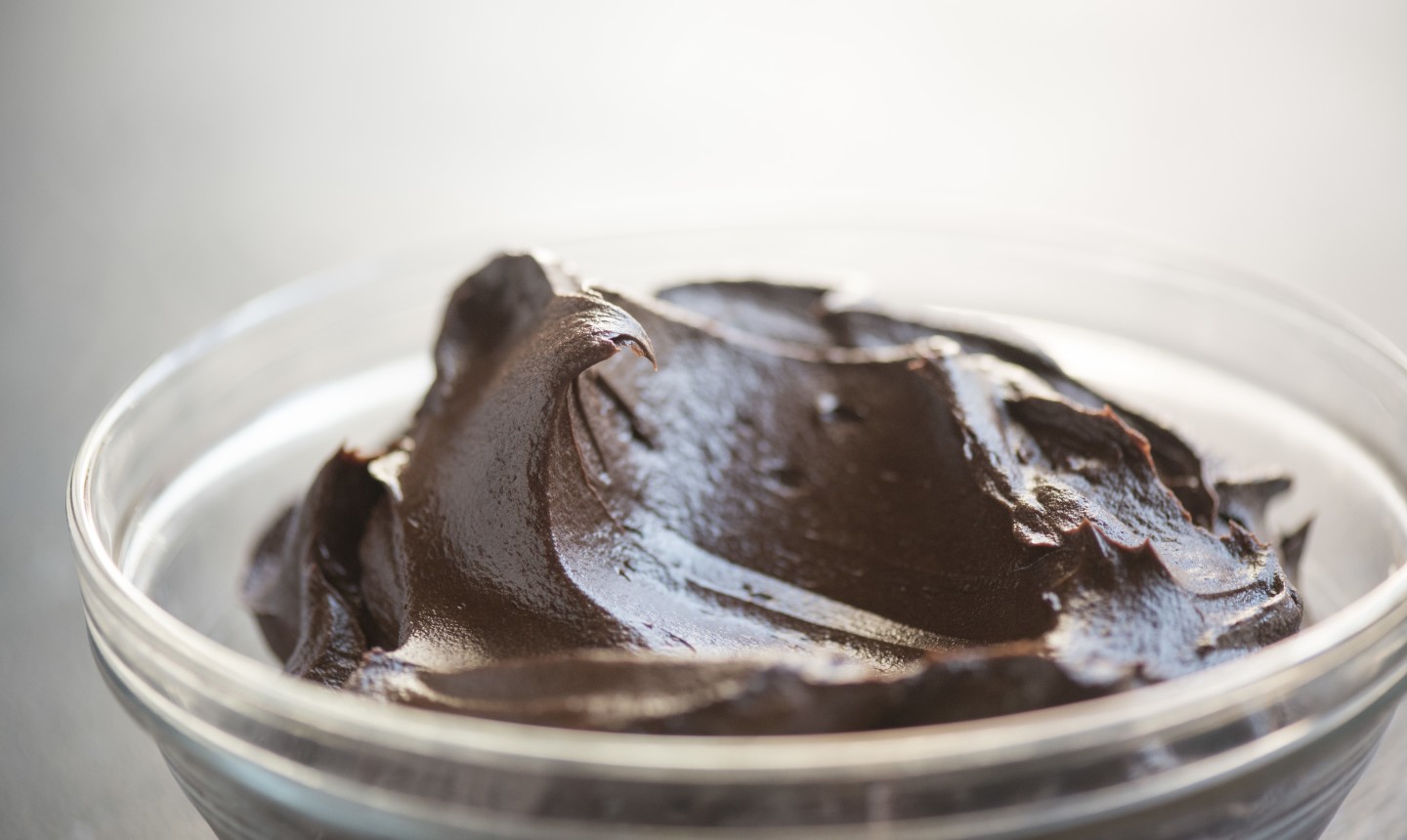 Note: Swap out equal amounts of cream and its substitute, unless otherwise noted.

Why would anyone want to literally water down chocolate? The answer is, not only does this allow the flavor of the chocolate to shine, it changes the consistency and makes the ganache extra versatile as a topping or filling. You can follow a cream ganache recipe to the letter, simply substituting water for cream. You can even explore flavored waters or juices.

What?! Fizzy liquids like beer make for a fascinating ganache. Beer doesn’t contain enough alcohol to make your ganache taste boozy, but it will lend a little kick. Plus, the malty undertones, especially in porter or stout beer, are delicious with the rich chocolate flavor. Try beer ganache on a chocolate cake, maybe one with a peanut-butter filling.

Coffee and chocolate are BFFs. Use as much coffee as you like; opt for part coffee and part water; or mix coffee with milk.

So rich. So silky. To make it, you’ll use equal weights of butter and chocolate. First, melt the butter in a saucepan until it begins bubbling. Remove it from heat or leave it on a little longer to make browned butter. Pour the hot butter over your chopped chocolate in a heatproof bowl, mix and let set.

Almost too good, with its old-fashioned flavor and hint of pique. You’ll use a ratio of a ratio of 1.5 parts chocolate to 1 part sour cream. So, for instance, with 4.5 ounces of chocolate you’d use 3 ounces of sour cream. Simply melt the chocolate in a double boiler and combine with the sour cream, mixing until smooth.

This variation involves “fruit butter” — a fine, smooth purée (although sometimes, it can be nice to leave a few little chunks of fruit in the mix). For a fruit that remains fairly thick, such as bananas, you might want to start with a ratio of 1.5 parts chocolate to 1 part fruit purée. First purée the fruit, melt the chocolate in a double boiler, then combine In a large, heatproof bowl and mix until smooth.

Because of the consistency of olive oil, you’ll use less of it in a ganache; a ratio of 2 parts chocolate to 1 part olive oil is a good starting point. Heat the chocolate in a double boiler until it is mostly melted, then remove from the heat and stir until the chocolate melts completely in the residual heat. Stir in the olive oil until combined. Let the mixture cool until it becomes more solid, stirring every 5 minutes or so to prevent separation.

Soy creamer is the pinch-hitter here. Simply swap it for the cream in your recipe. If the texture of the ganache is too thin, use a little less soy creamer next time. If too thick, use more.