If you have stacks of charm packs laying around but have no idea what to do with them we have a solution! Using charm squares to create these four-patch on-point blocks is an easy and fun way to utilize your fabric to create table runners, quilts and more. 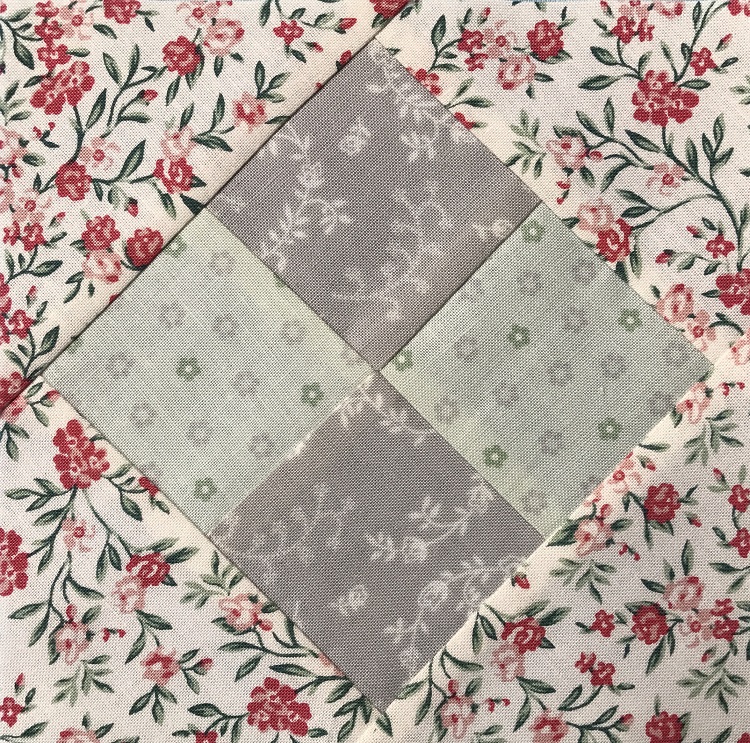 The process is so simple you can finish a table runner in just one day, but beware, this technique is super addicting! Use different colors and designs to create totally unique looks every time. Whether you choose to make one block or multiple, you’ll find this template is a great one to add to your list of ‘go to’ blocks. Let’s get started! 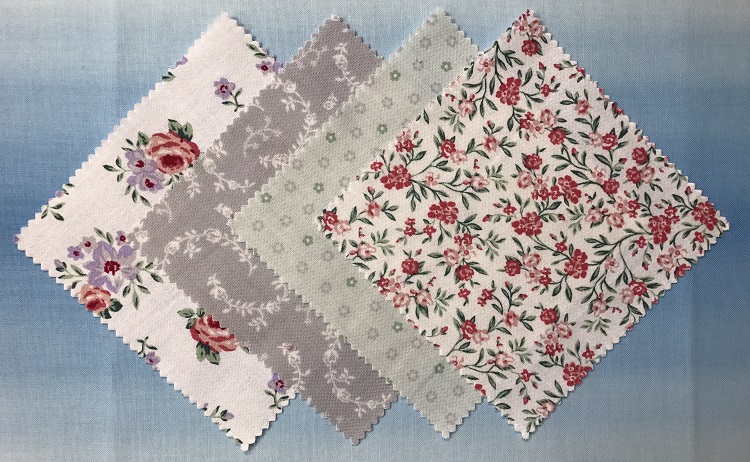 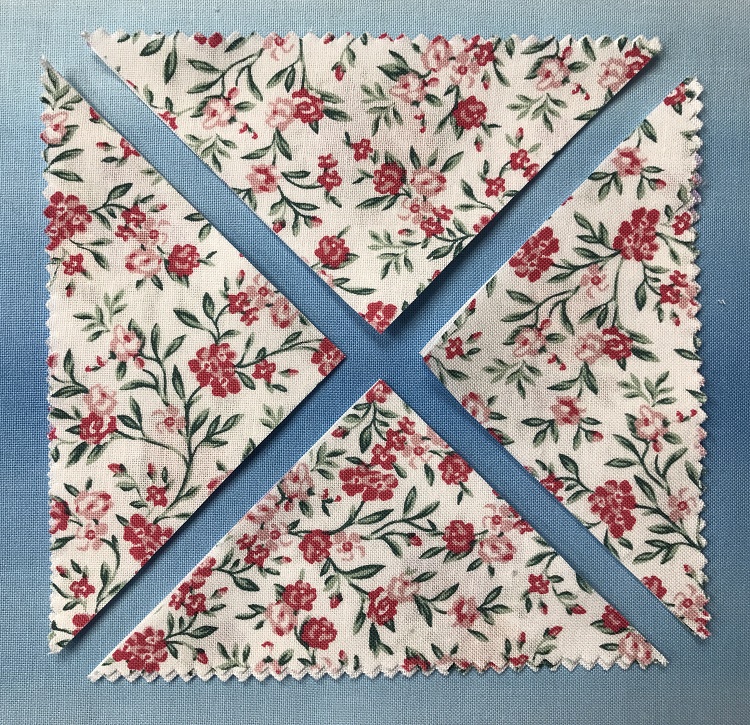 Start by layering two of the 5” charm squares and cut them on the diagonal from corner to corner in both directions creating four triangles as shown above. 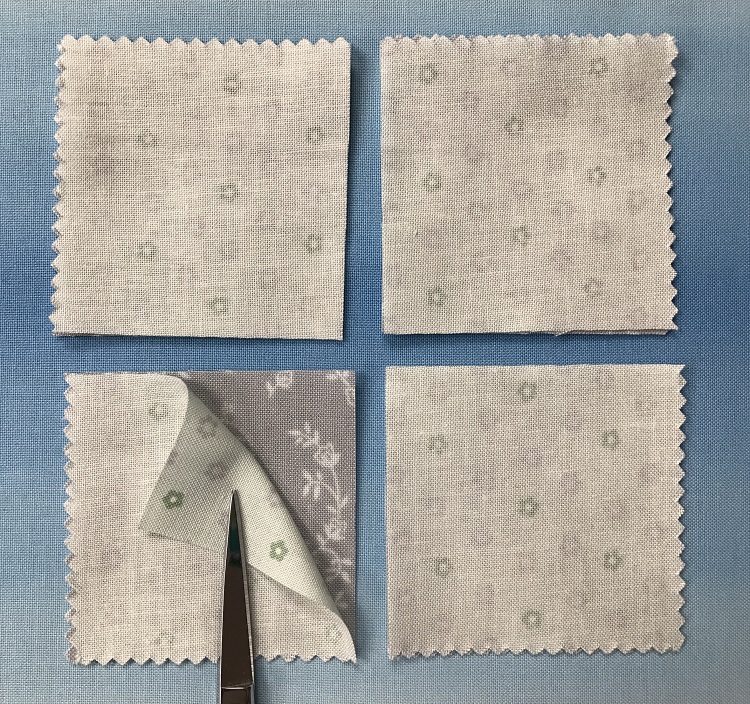 Layer the two remaining 5” charm squares, right sides together. Cut them in half from top to bottom and left to right, creating four smaller squares as shown above.

Sew each pair of squares together ¼” away from the edge. Press the seams toward the darker fabric. 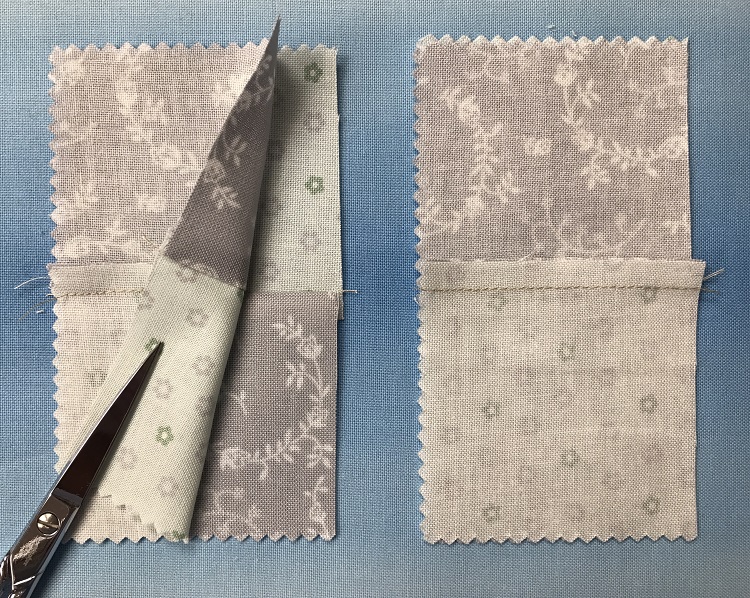 Layer two units, right sides together, with the dark and light squares facing each other as shown above. The seams will nest together because the seam allowance on the top unit will be facing toward the needle when sewn, so no pinning is needed. Sew the seam ¼” away from the right edge. 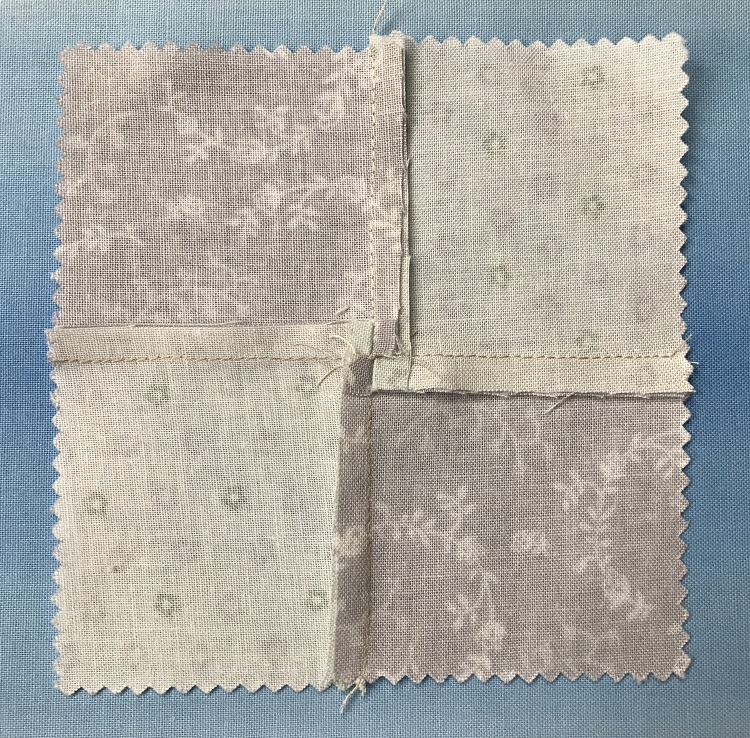 Press the seams in a clockwise direction as shown above. Open the seam at the center of the block, then rotate the seams. This will reduce bulk at the seam intersection. Then trim the block to 4″ square. Repeat with the second four-patch. 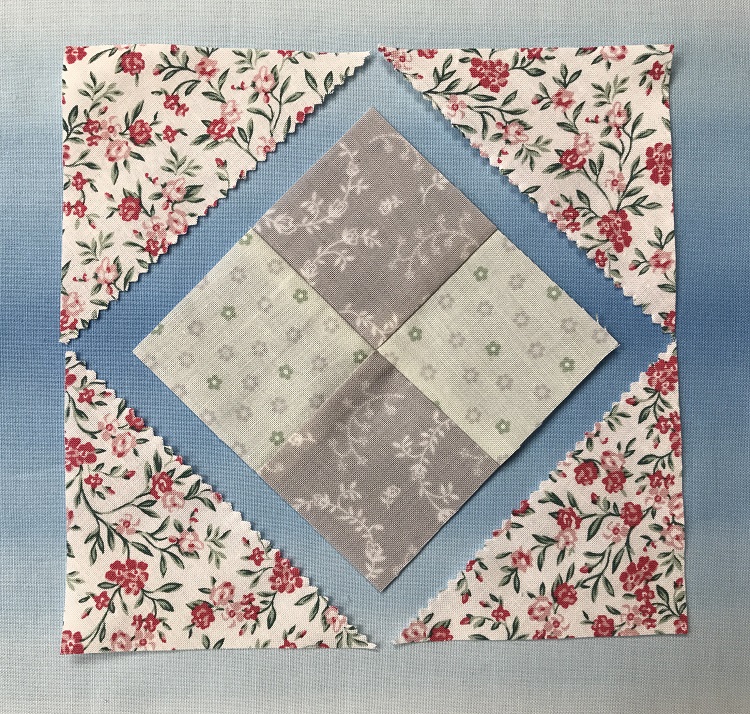 Arrange the triangles from one charm square around one of the four-patches created from the squares. Repeat with the remaining triangles and the second four-patch of squares. 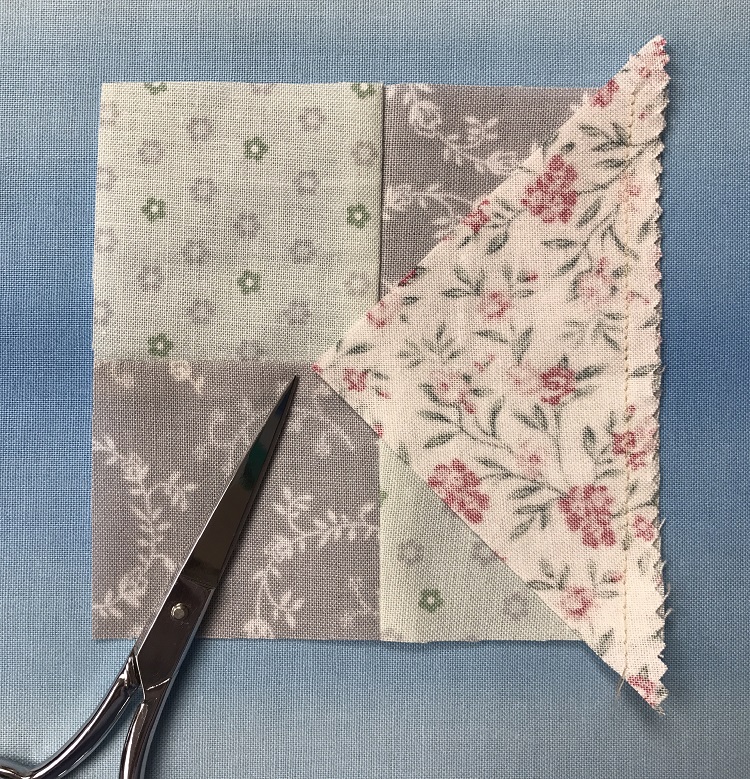 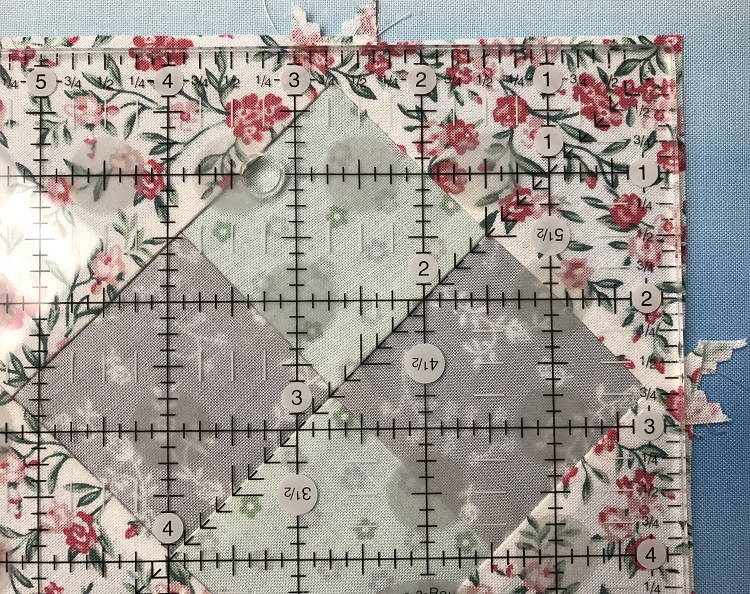 Trim the blocks to 5 ½” square. The blocks should be trimmed ¼” away from the four-patch points as shown above. Also, the diagonal marks on the ruler should line up exactly on the four-patch seam as shown. Repeat this process with the second block. 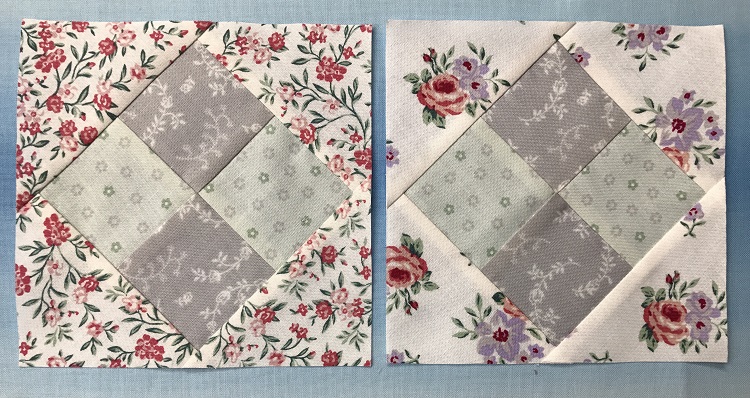 The four center patches will be identical but the triangles will be different in the two blocks. Use these blocks in any project you like and expand the possibilities by creating more blocks! 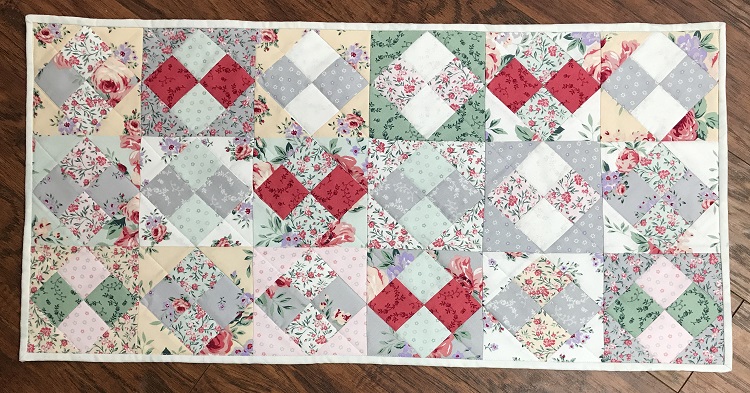 If you want to create a super fun table runner like the one pictured here all you need is one 5″ charm pack!  To do so, make nine sets of blocks for a total of 18 blocks. Sew the blocks into three rows of six blocks and then sew the rows together. Layer, quilt and bind for a fast and unique table runner that measures 15” x 30”.