In my family, ham is part of the holiday tradition. Turkey is the star of the show during Thanksgiving, but ham typically takes center table around Christmas. It is not only delicious, but surprisingly easy to prepare — even if you’re not an expert in the kitchen. Give this easy brown sugar glaze for ham a try and up your holiday main course game this year! 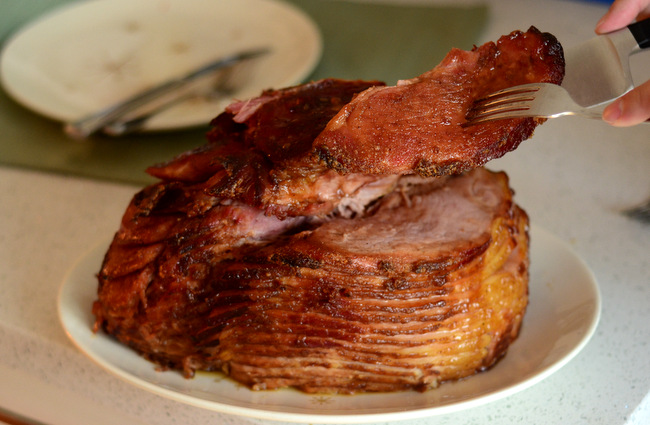 The wonderful thing about ham is that it is easy to prepare. Ham is pork leg that’s been salted, smoked or cured to preserve it. It is delicious in a sandwich and makes a wonderful centerpiece for any holiday gathering

Since ham is already prepared when you buy it, it is also a very easy main course to prepare. The simplest way to cook a ham is to heat it up in the oven until it is hot all the way through, but I prefer to add a glaze that gives it a crisp coating and a whole lot more flavor.

This ham glaze is made with brown sugar, whiskey, molasses and spices.

While some hams use a glaze that’s cooked on the stovetop, this one is uncooked, I find that the uncooked glaze gives me a nicer crust on the ham because the sugar crystals seem to cling to the meat when you brush it on. 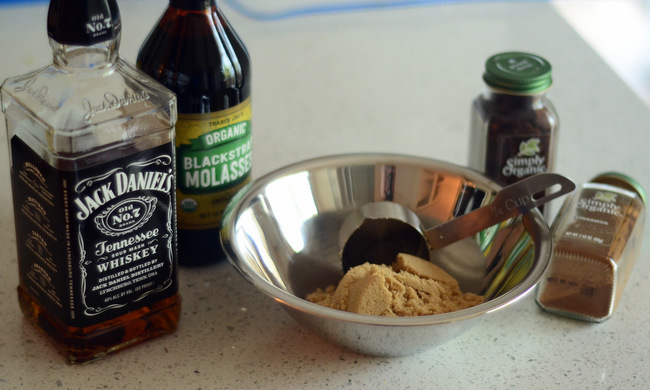 To bring the sweet and spicy elements together, I used Jack Daniels whiskey (though you can use any bourbon or rye whiskey; go with water or apple juice for a non-alcoholic option). The alcohol in the whiskey cooks off while the ham is in the oven, leaving you with some charred oak notes that adds a lot of complexity to the glaze.

You’ll brush the glaze on the ham after it’s been in the oven for at least an hour. This initial cooking time gives the fat on the surface of the ham some time to render off, giving your glaze a better surface to stick to. Before applying the glaze, you can loosely tent the ham with foil if you feel it’s getting too dark at the very top. 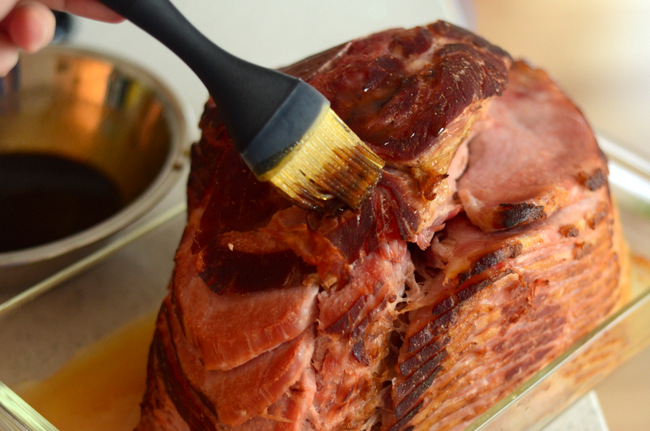 I use two applications of the glaze, starting about 30 minute before I think the ham is going to be done. There’s no harm in letting the ham stay in the oven after the glaze has been applied, so just keep cooking it until it reads at least 135 F on an instant read thermometer.

For this recipe, I used a bone-in, spiral-sliced half ham.

I like using a spiral sliced ham because not only is it easier to serve, but the glaze penetrates between the layers of meat, infusing them with even more deliciousness. If you’re using a whole ham, extend the baking time to ensure that the ham is cooked all the way through — and be sure to use a meat thermometer. The glazing process, however, is exactly the same regardless of the size of your ham.

You’ll also notice that I cooked my ham cut-side down. When cooked this way, the ham will have a great glaze over every inch of the meat and the cut side will not be dry. You can turn your ham so the cut side faces out when you serve it, but I find that most of my guests are interested in getting as much glaze as possible on their plates. 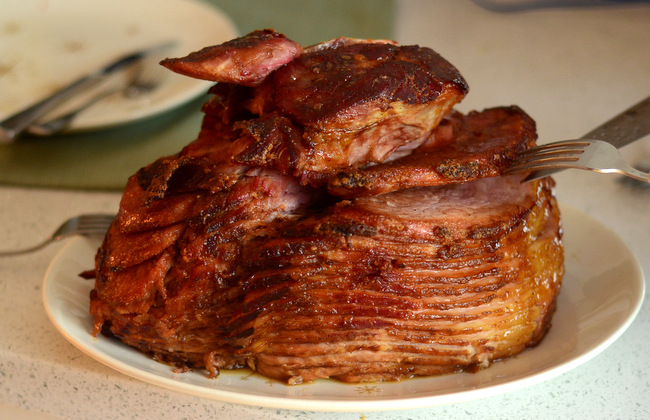 Cook for 1½ to 2 hours (approximately 11-14 minutes per pound). If the top of the ham appears to get too dark, tent loosely with aluminum foil. 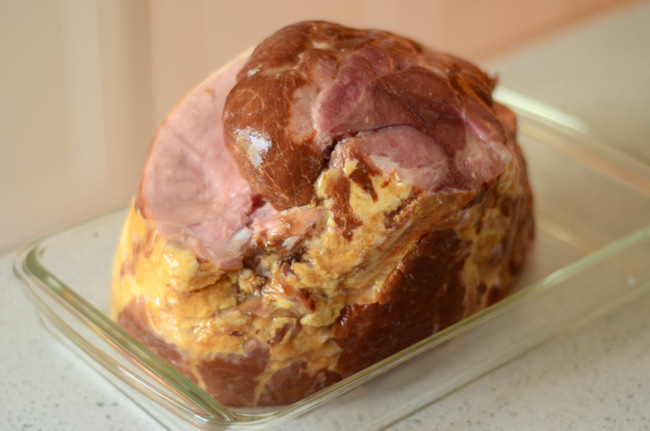 In a medium bowl, whisk together brown sugar, molasses, whiskey and spices.

Toward the end of the baking time, when there are about 30 minutes to go, remove it from the oven (remove the foil, if you have covered your ham) and brush it with half of the glaze using a silicone basting brush. Bake ham for 15 minutes, then brush on all remaining glaze. 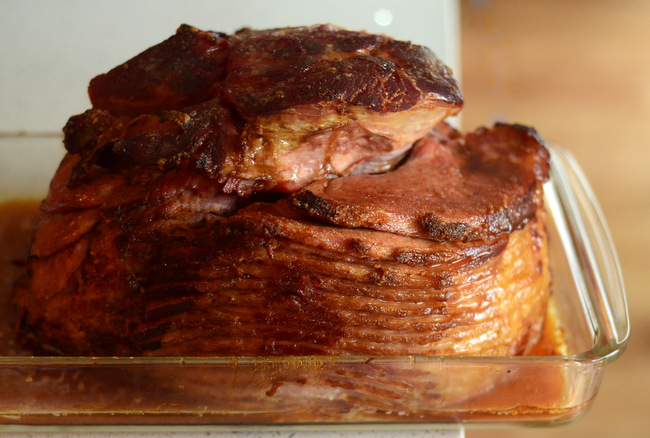 Continue to bake the ham for at least 15 more minutes, or until an instant read thermometer inserted into the center of the meat reads 135 F. Remove ham from oven and let rest for at least 10 minutes before serving.