Don’t let your photos end up in one of those awkward photo posts that circulate around the Internet. Luckily, it’s not hard to avoid this nightmare. Make good choices while posing people for photos by avoiding some of these poses that are classic new photographer mistakes. 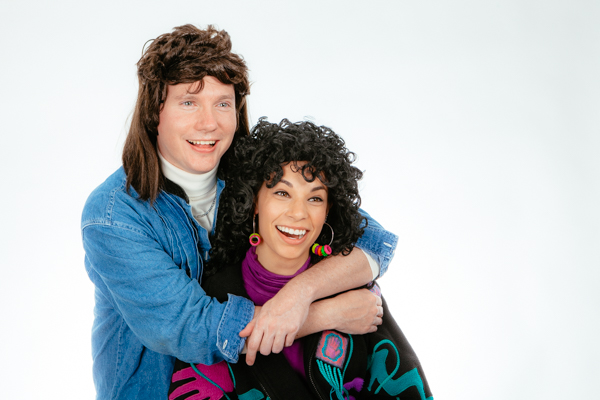 Awkward pose for an awkward couple

With a couple, we sometimes have the man hug the woman from behind. Usually, he is taller and has broader shoulders, so it seems to work. But there is a fine line between the “hug from behind shot” and the “choking your neck” shot. Make sure he keeps his arms low — below the neck — and has a sweet look on his face that is not too serious.

For women (especially in couple photos), keep those hands off the belly unless she’s actually pregnant. Even one hand on the belly leaves people thinking that there is a bun in that oven. Don’t tell your female subject to touch her belly and definitely don’t tell her husband, boyfriend, brother or any other man to touch her belly either.

Confidently and easily pose your subjects to capture photographs that feel natural. Learn to bring out the best in everyone in this online video course!Enroll Now »

Some men and women have the tendency to point their chin toward whomever they are talking to — or toward the camera. Whatever is closest to the camera is going to look the most prominent in the photos. Most people wouldn’t say their chin is their best feature, so keep that chin tucked down.

But…don’t keep the chin tucked too far down. For even physically fit people, this will result in a double chin. Not a flattering look for anyone.

Many times, if you don’t tell the subject what to do with their hands, they end up awkwardly handing at the sides or in places that both look and feel weird. Avoid hands dangling at the sides and give them something to do.

Straight joints, particularly for women, are unflattering for portraits. Have them put a bend in at least one of their knees and at least one of their elbows. This means shifting their weight from one side or the other and having something to do with their hands besides hanging straight down.

For men and women alike, slouching does not look good. Ask them to straighten up their back whether they are sitting or standing. It helps to give more shape to the neck, shoulders and back.

When you have your subject looking right into the sun or into a light, their eyes get really small. Because the focal point of any portrait should be the eyes, avoid any pose that has them looking at a bright light and trying to keep their eyes closed.

The straight-on shot, at eye level with both shoulders the same distance from the camera, is usually an awkward angle for women. It can work for men because it accentuates broad shoulders and big chests, but the same is not typically flattering for women. Have women always work the camera at an angle.

Men just want to look cool. When you are posing them, think about the people you know (or actors and celebrities) who are undeniably “cool” and how they would stand or sit if they were there. These poses are much different from how women pose. Poses that focus on femininity or curves do not work for men.

Posing groups so that everyone’s head is at the same level makes for an uninteresting and unflattering group shot (unless everyone has the same body type, height and weight). Use your knowledge of what works for men vs. women, taller vs. shorter, and skinny vs. heavy people and pose them accordingly, with some people standing, some sitting and so forth.

Confidently and easily pose your subjects to capture photographs that feel natural. Learn to bring out the best in everyone in this online video course!Enroll Now »

What other poses would you avoid? Does anyone want to share an awkward family photo they have taken?