Ever wanted to take great photos of stars, but weren’t sure how? In this post I’m going to share the secrets of astrophotography. Let’s get started with a quick look at the two types of star photography.

The two types of astrophotography shot

If you’ve seen photos of the night sky the chances are that you have seen a couple of styles. One will be a shot where the stars are captured in motion, forming great lines across the sky.

The other will be a static shot of the night sky, perhaps highlighting a constellation or the glow of the Milky Way. I’ll explain how to get both of these styles of shot. 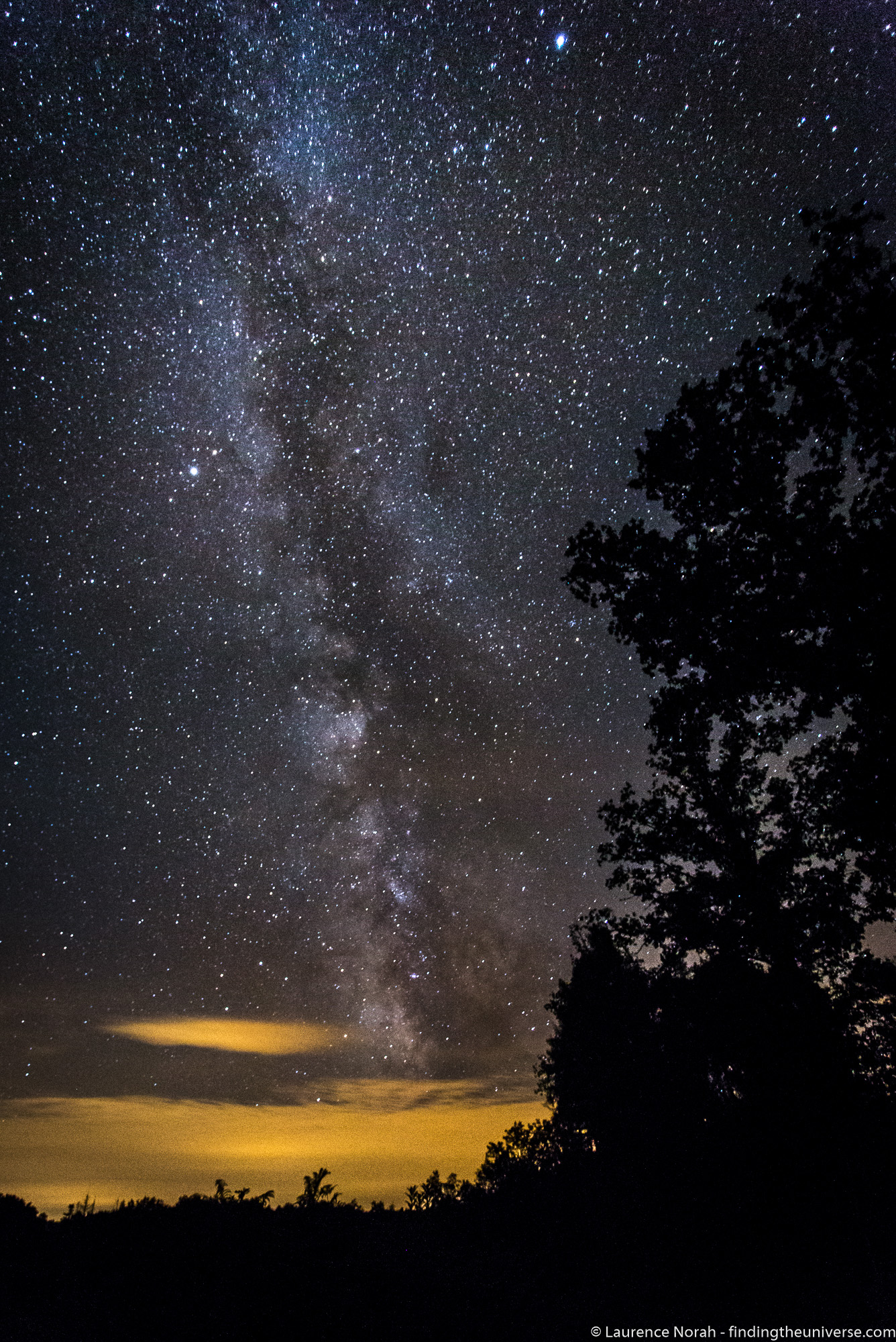 Gear you need for astrophotography

The good news is that you don’t need a great pile of gear to get good shots of the night sky. Of course, you can purchase expensive long lenses, self tracking tripod heads and so on, but to start with, your gear list should look a little like this:

Getting the shot: Camera setup

Whatever style of shot you are going for, there are some basics that you need to be aware of in terms of setting up your camera. These are: 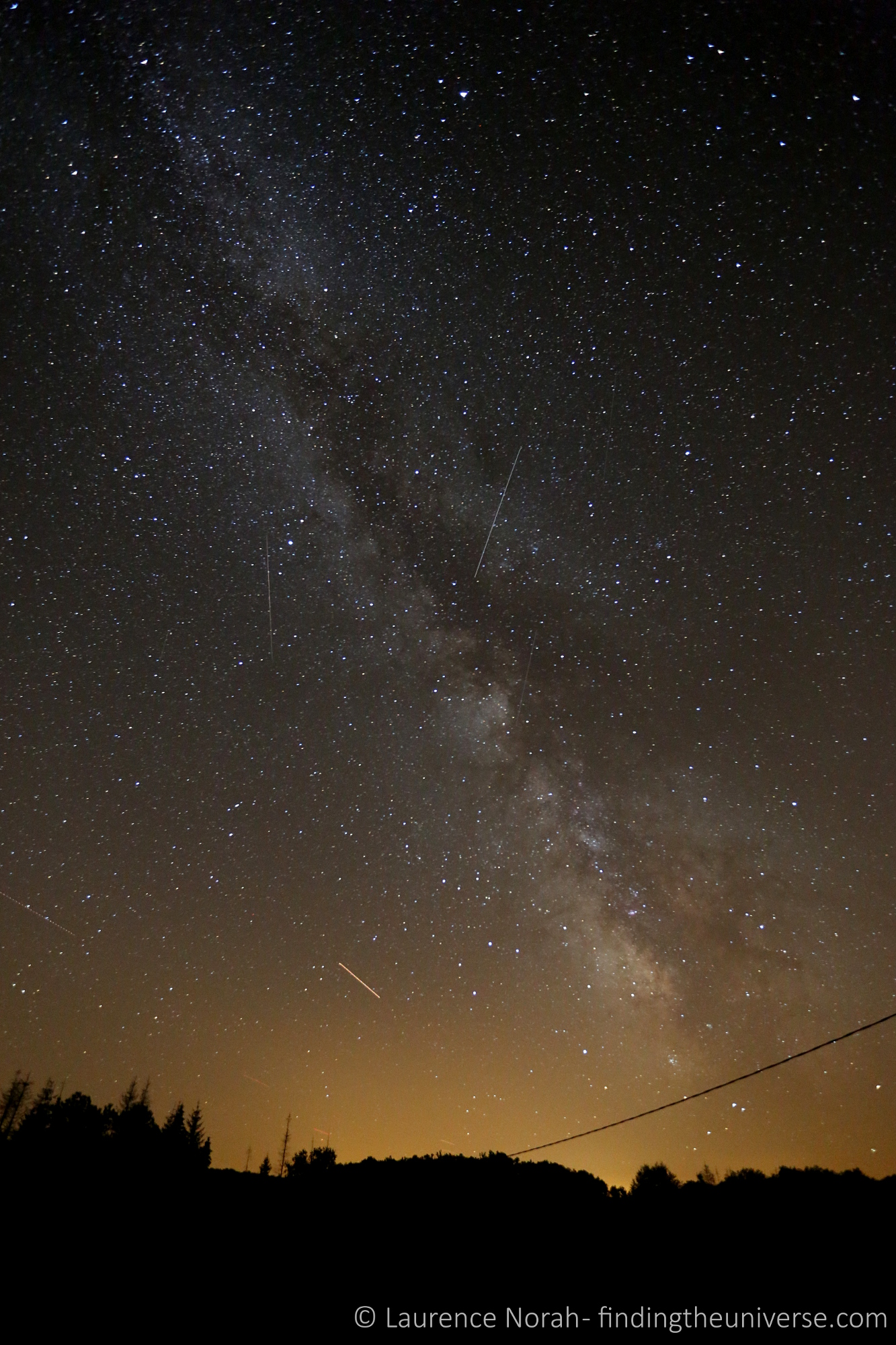 Shooting a static shot of the stars requires, I’m afraid to say, a little bit of math. This is because the stars are always in motion, due to the rotation of the earth, and so it’s important that you know how long you can open your camera’s shutter for before the tracking of the stars ruins your shot.

The math is very simple thankfully — you use something called the rule of 600.

Let’s say you are shooting with a 17mm wide-angle lens. The 600 divided by 17 is 35, which means the maximum exposure you would want to go for would be 35 seconds.

Those 35 seconds might sound like a long time, but there is very little light at night. This is why you need a lens set to a nice wide-open aperture, as well as a high ISO rating, between 1600 and 6400 usually works well.

After all that, getting the shot is relatively easy! Just point the camera at the sky, get the focus right, and take the photo. The hardest part is likely going to be the composition, as it’s going to be dark. As with any photo, composition is key to a great result. Some tips:

You will likely need to experiment with your ISO and shutter speed settings in order to get the best results, as well as trying different compositions to see what works well. 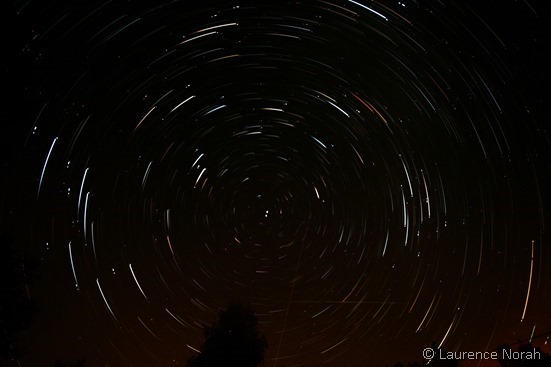 Star trails are a more accessible form of astrophotography, particularly if you have a camera which doesn’t perform so well at higher ISO ratings.

The basic principles are the same, except you won’t need to worry about the stars tracking or doing any maths. In terms of composition, the same rules apply in terms of finding interesting subject matter, with some additional considerations:

And that’s it for astrophotography. Many of the rules above work for other types of long exposure photography at night, including shooting moving vehicles. As always, practice and experiment until you are happy!