It’s hard to believe that the Midnight Quilter herself — Angela Walters, of course — has never been to Quilt Festival! That’s all about to change, and in a big way. Angel has some exciting plans at Festival in Houston this year. Read on to discover what’s in store… 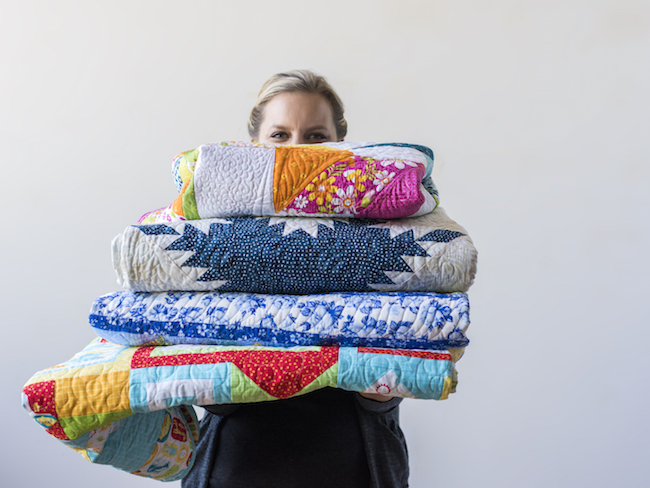 It all starts with a premiere party to kick-start Season 4 of the Midnight Quilt Show!

The next season of the Midnight Quilt Show launches November 15, but Quilt Festival attendees will get an exclusive sneak peek during our Season 4 Premier Party in the Bluprint booth! Angela will be there to show the episode and answer audience questions. Here’s a little sneak peek… 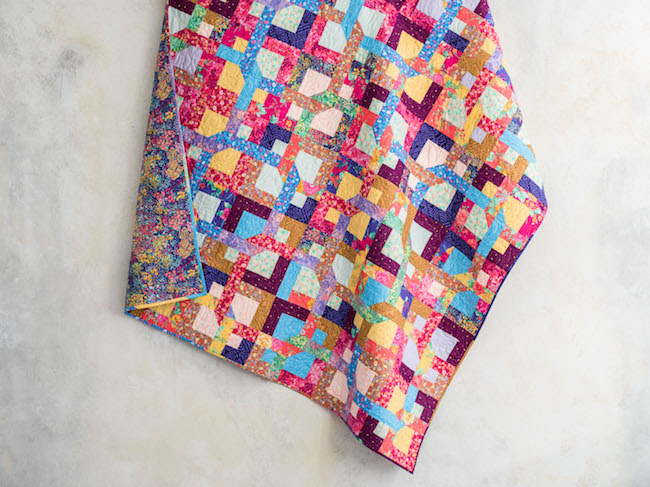 That’s just the beginning — after that, Angela will recreate the quilt from the premier in real life!

That’s right: If you’ll be in Houston, you can see the magic of Angela’s quilting in person instead of on screen!

Throughout Quilt Festival, Angela will pop by our booth to work on her Puzzle quilt — and you can watch every step of the way. 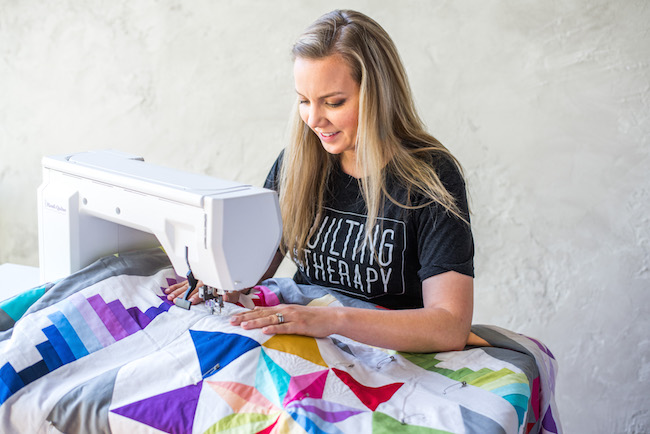 Here’s the schedule (you might want to print this out):

Angela Shares Her Secrets for Piecing the Puzzle Block

Watch Angela create the Puzzle block — her own design! — and pick up some tips for fast cutting and sewing. She’ll piece plenty of blocks to get ready for her next session.

Getting Started With Free-Motion Quilting

After staying up all night (or at least ’till midnight), Angela’s quilt top will be assembled and ready to quilt! You can watch her get started on the quilting, and she’ll share a few of her must-have tools (no, we’re not talking about quilting juice!)

Turn in Early vs. Up All Night

As Angela continues her FMQ adventure, she’ll demo two approaches to quilting her Puzzle quilt — the easier option (“Turn In Early”) and a more intricate design (“Up All Night”). Plus, you’ll hear how Angela decides how much quilting a quilt really needs.

Angela will take a quick break from finishing her Puzzle quilt to answer your most pressing questions! Have an issue with your FMQ machine? Not sure how to plan your quilting designs? Come by the Bluprint booth to get an answer from a true expert.

The Puzzle quilt is done! Well… almost. Angela readily admits that she hates binding, so she’s procrastinated on that last final bit. Give her your support as she puts on the finishing touch.

With her quilt finished, Angela will take some much-deserved time to relax — with you! Join us an snap your own selfies (with fun quilty props, of course) with the Midnight Quilter herself. 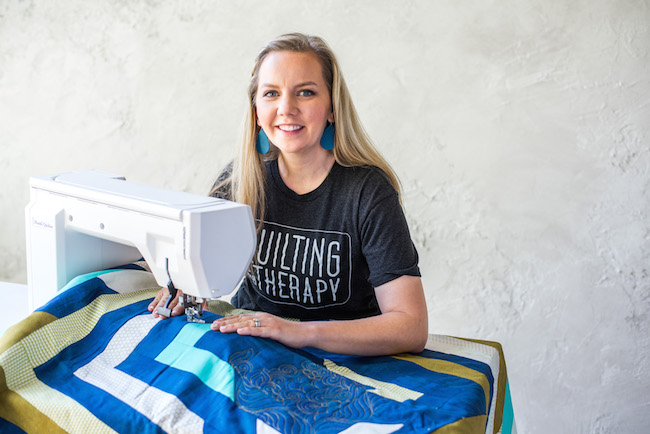 And when it’s all said and done…

We’ll be sharing a bonus episode of the Midnight Quilt Show documenting Angela’s quilty adventure. Subscribe to the Bluprint channel on YouTube to be the first to know when it’s up.

Are you going to Quilt Festival?

We’d love to see you! Click below to RSVP, and we’ll send you updates on the happenings in the Bluprint booth. See you there!