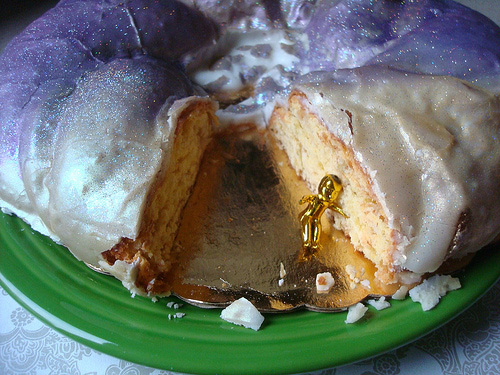 Though dessert probably wasn’t first and foremost on the writer’s mind when she wrote it, this quote is rather appropriate when it comes to the sweets of New Orleans. From buttery, brown-sugar rich pralines to bourbon bread pudding to beautifully decorated cakes and beignets served with a mountain of confectioners’ sugar, the desserts of the Big Easy are downright naughty. And yet they’re so decadently, deliciously memorable that you’ll have no regrets — only sweet memories.

Here’s a collection of ten inimitable dessert experiences to be discovered in New Orleans — or to try re-create at home. 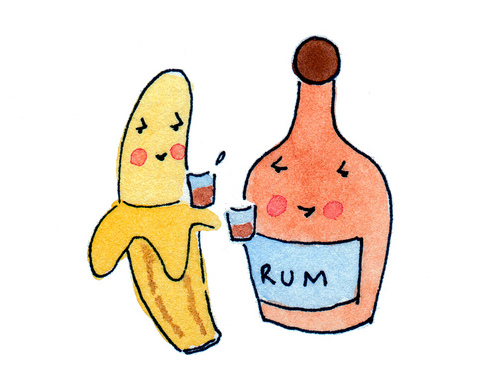 This is a flaming feat of a treat in which Bananas are flambéed, sometimes tableside, in a rum sauce, which caramelizes them. This gooey, warm delight is served on top of ice cream.

This dramatic dessert, a descendant of cherries jubilee, was invented in New Orleans and remains popular in restaurants today. It’s named after Richard Foster, regular customer and friend of New Orleans restaurant Brennan’s owner, which is where the dish originated. 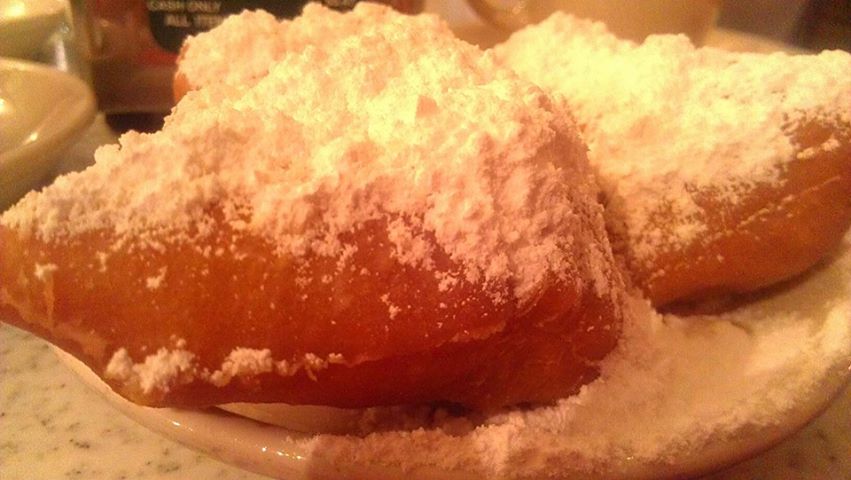 These heavenly bits of fried dough are related to doughnuts, but they’re far Frenchier. In their purest form, they are simply fried rectangles or triangles of sweet dough that puff and become pillowy when fried. They are served with copious amounts of confectioners’ sugar.

More adventurous bakers will offer different flavors and even filled varieties. Perhaps the most famous beignet maker in town is Cafe du Monde, which is open 24 hours a day in the historic French Quarter and specializes in beignets and coffee laced with chicory. Are they the best in town? Locals have varying opinions, but it’s a singular and necessary experience in New Orleans so you can say you “beignet, done that.”

While bread pudding exists everywhere, it is particularly popular in New Orleans, where it is considered a staple dessert on most restaurant menus. The variations are endless, including different types of bread and treatments, such as the Commander’s Palace restaurant, where they bake bread pudding, then mix it with a meringue and bake it a second time for what they call a bread pudding soufflé. But very frequently in the Crescent City, it is made with a rich, make-ya-tipsy caramelized rum or bourbon sauce, which may also explain its popularity.

Learn an easy way to make bread pudding here, and then cover it with this tasty bourbon sauce.

Step 1: In a medium-sized saucepan, melt butter over low heat. Add the sugars and stir until combined.

Step 3: Remove from heat and whisk in the bourbon. Let it cool to warm, and then serve.

The mixture should be like the texture of a caramel sauce.  You can reheat and whisk if it becomes too cool. 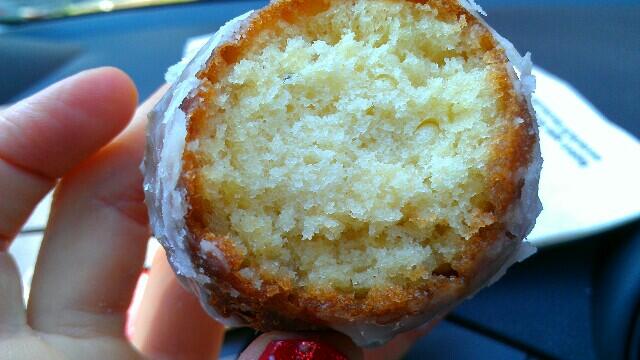 They’re not quite a full-sized doughnut, but they’re grander than a doughnut hole. But don’t confuse them with a beignet. These tender, buttermilk-rich doughnut rounds go by the name “buttermilk drop.” Apparently made famous at McKenzie’s, a beloved bakery that closed in 2001. The tradition lives on, though, primarily at the The Buttermilk Drop Cafe and Tastee Donuts. 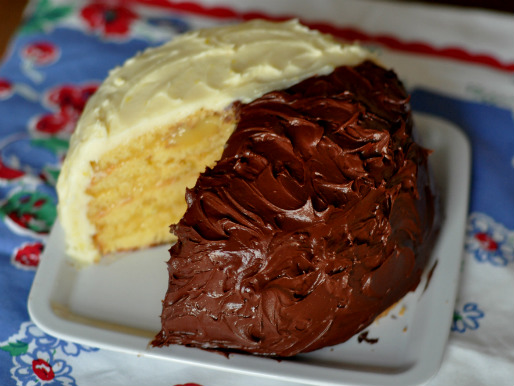 Counter-intuitively, you pronounce this cake “dobash.” Why? Not sure, that’s just the way it’s done around here. But rather than wonder about that, spend your energy enjoying the cake. This is the New Orleans adaptation of Dobos torte, a seven-layer Hungarian treat (and with some similarities to Smith Island cake).

The cake consists of multiple layers of cake and pudding capped with plenty of rich icing. The New Orleans version comes in any number of different flavors, but the most popular are chocolate and lemon — sometimes both at the same time, which makes for some interesting cake decorating. As locals will tell you, “no New Orleans birthday is complete without a doberge cake.” Here’s a recipe. 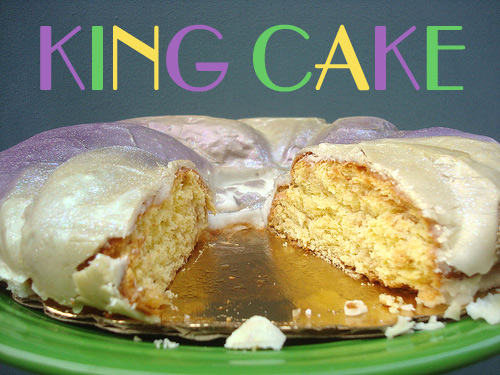 Vive le roi! At a certain time of year in New Orleans — that is, from the Epiphany through Fat Tuesday — the king cake reigns supreme. More like a sweet coffee bread (not to be confused with a coffee-themed cake), this cake is made using a yeasted dough, which is often filled with cream cheese, nuts, pecan praline filling, or all of the above, and shaped into a ring. It’s often topped with tinted icing in purple, green and gold. It contains a little baby figurine, and whoever finds it is crowned king for the day. Although it’s great to be king, don’t forget — if you find that figure, you’re often obligated to pay for the party next time! Here’s a recipe. 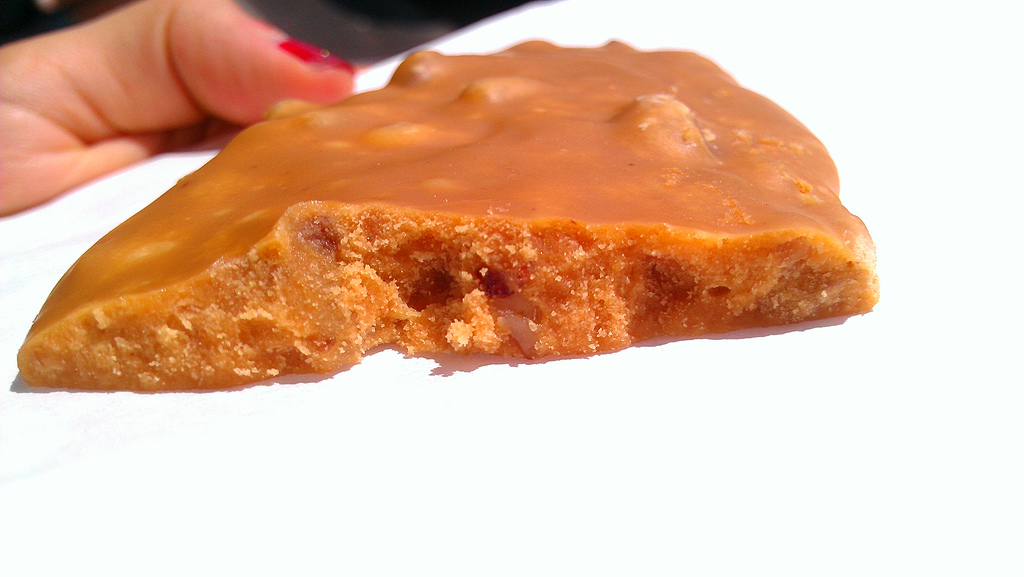 The New Orleans praline is a thing of beauty. Made simply from cream, brown sugar, butter and pecans, it is served as a mound and has a texture that falls somewhere between caramel and maple candy and fudge.

They were originally made by French immigrants re-creating the recipes from home with local ingredients (in France, the pralines of the time were made with almonds), and gained popularity in the area, growing into a time-honored tradition. Recipe below.

Step 1: Line a baking sheet with parchment paper. Set to the side.

Step 4: Drop by large teaspoonfuls on to your prepared baking sheet.

This is a hand-pulled, chewy taffy has been sold in a mule-drawn wagon by the same family since 1915. Longer and more slender than a traditional saltwater taffy, the candy comes in a Neapolitan assortment of flavors: vanilla, chocolate and strawberry. 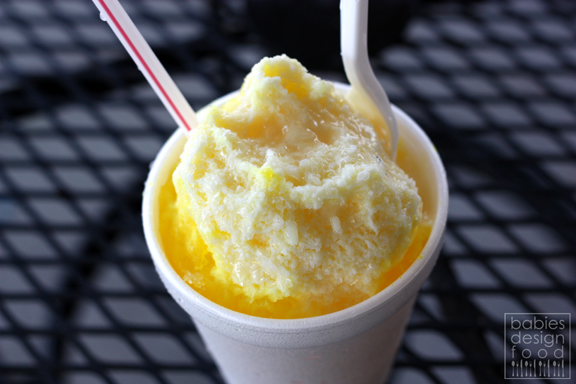 Everyone has heard of shaved ice or a snow cone. In New Orleans, the “snowball,” as it is frequently called, is special. They’re very simple: shaved ice plus flavored syrup. But love is in the details.

A New Orleans-invented machine gives the ice a powdery, rather than crunchy, texture, allowing the flavoring to be absorbed evenly rather than a chilly treat with all of the flavor condensed to a few powerful bites and then half a cup of flavorless ice. The flavorings are often mixed on premises, and are hugely varied — not just cherry and lime here. Toppings range from honeydew to fresh peach to chocolate or even sweetened condensed milk. Even better? They’re very inexpensive — usually in the dollar range. Here’s a recipe. 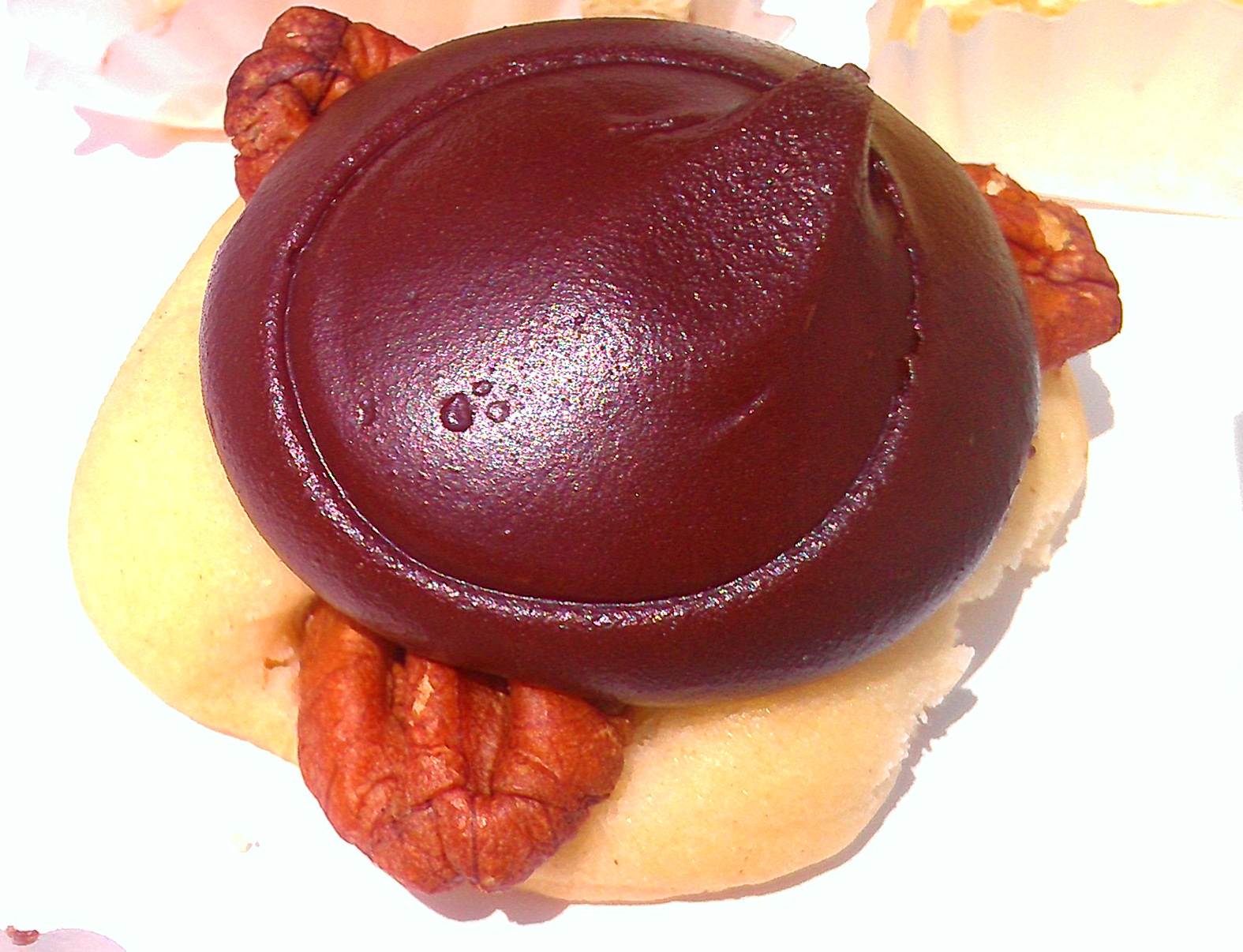 In most of the country, a “turtle” is a candy cluster confection involving caramel, chocolate and nuts (usually pecans). In New Orleans, such a confection is more likely to be called a “tortue.” A turtle, however, is a type of dense, shortbread cookie with a thick dollop of fudge-like chocolate piped on top. It’s somewhat similar to a Baltimore specialty called the Berger cookie. Some bakers will insert four pecans in the fudge topping like “turtle” legs, but this isn’t vital to a successful cookie. Here’s a recipe.

If you’ve been to New Orleans, what’s your favorite sweet? If you haven’t, which one are you dying to try?